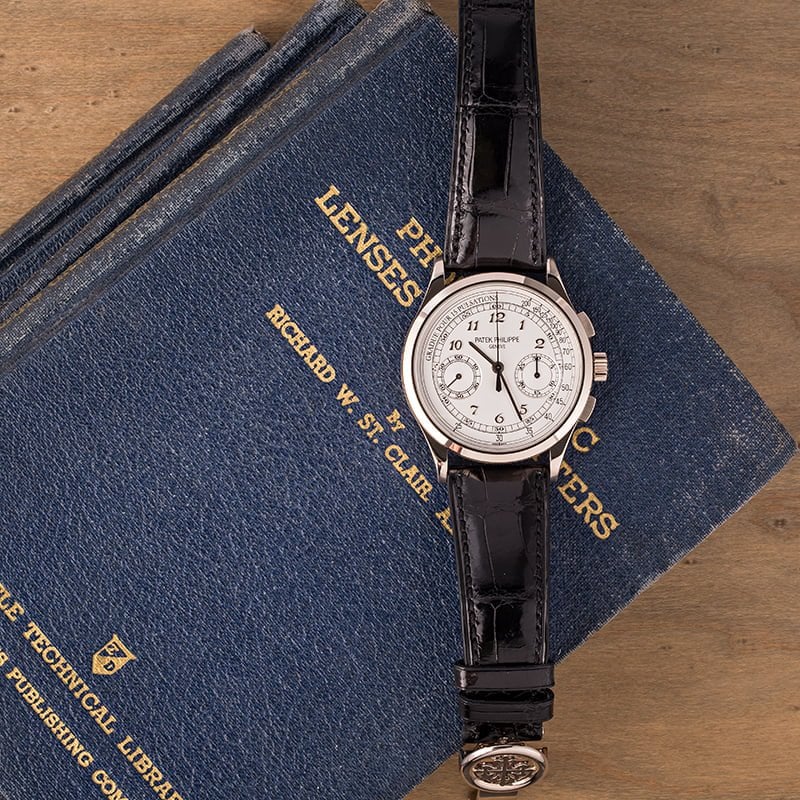 Compared to its predecessor, the two major differences that the Patek Philippe chronograph 5170 brought to the table were sizing and movement. The 5170 measures a smaller 39.4mm – significantly more restrained than the older 5070’s 42mm case. And rather than the Lemania-based movement powering the 5070, Patek fitted the ref. 5170 with an in-house chronograph movement. 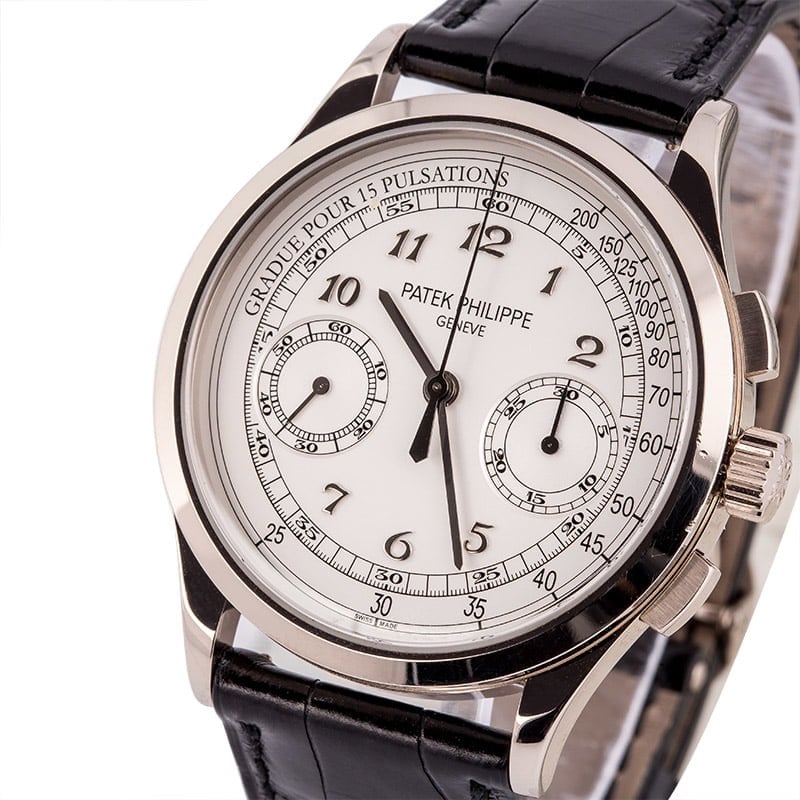 The elegant style of the Patek Philippe 5170G is thanks in part to its slender profile – coming in at 10.9mm thick – and its subtle chronograph pushers that do not protrude too aggressively from the side of the case. Plus, the slim lugs that arch slightly around the wrist also add to the gracefulness of the Patek chrono.

Inside the 18k white gold 39.4mm case of this Patek Philippe 5170G-001 sits a white dial with two counters, baton-style hands, applied Breguet numerals, and a pulsation scale on the perimeter. (This is quite different to the white gold 5170G-010 with a black dial, leaf-shaped hands, and a railroad track around the edge). The pulsation scale is a throwback to vintage “doctor watches,” which were designed to (you guessed it) measure patient pulse rates.

While the black alligator leather strap with the compulsory Calatrava Cross deployant clasp in 18k white gold is the perfect choice for the dressy Patek Philippe ref. 5170G, there are the quick-release spring bars that allow for easy strap changing should the mood strike.

The back of the watch offers a beautiful view of the manually-wound Patek caliber CH 29-535 PS movement through the sapphire exhibition caseback.  This is a stylish feature that some have been drawn to and a selling point for a number of collectors.

Built entirely in-house and stamped with the Patek Seal, the Cal. CH 29-535 PS offers wearers a 65-hour power reserve and operates at a frequency of 28,800bph. The hand-wound column-wheel chronograph movement comprises of 33 jewels and 269 parts.

It is not often that top-tier watch brands make dress chronographs. But it is entirely unsurprising that Patek Philippe does – and they do it so handsomely.  Let us know what you think in the comments below. 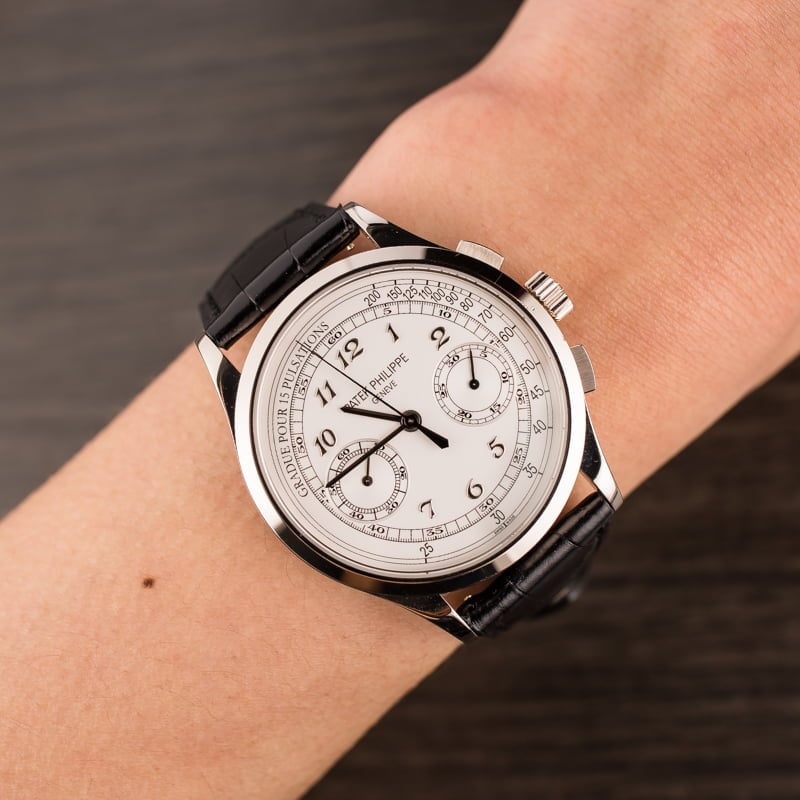