Bold. Robust. Attention-grabbing. Masculine. Distinct. Gargantuan. These are just a few of the adjectives commonly used to describe Panerai watches. Practical is not something you hear often in Panerai parlance, but the PAM01088 is refreshingly just that. Let’s review the very wearable and functional Panerai Luminor GMT PAM01088. 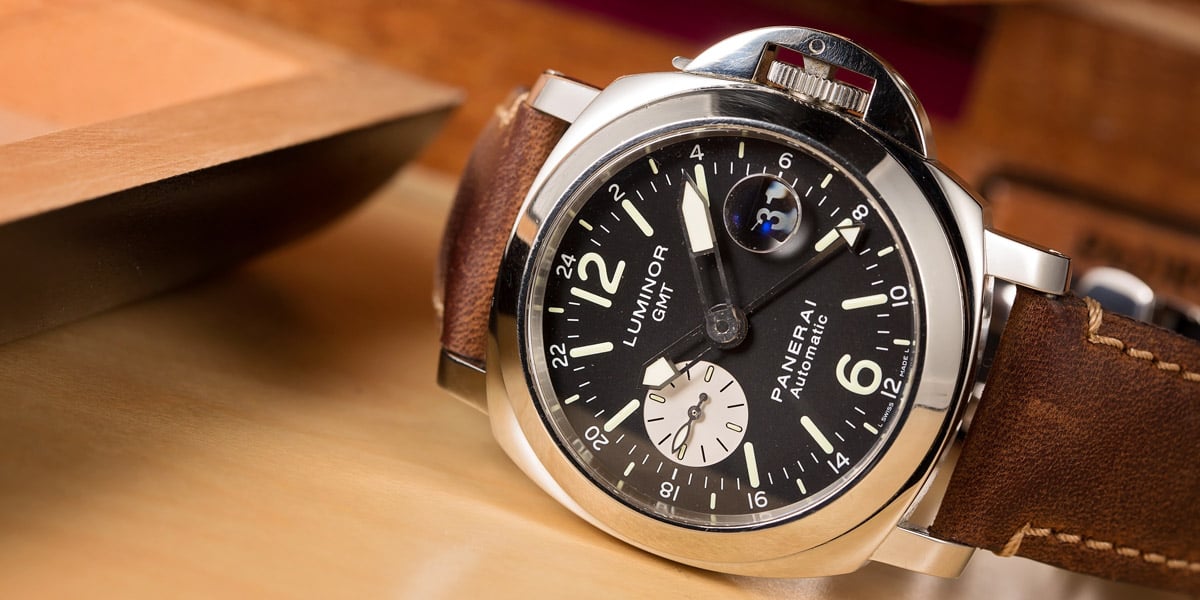 The Panerai Luminor GMT PAM01088 is a watch with a handful of features.

A relatively new model by Panerai, the Luminor GMT PAM01088 made its debut in 2016 to replace the PAM00088. The watch sports a 44mm stainless steel case and like all Luminor models, it includes the trademark lever-controlled bridge protecting the winding crown. This, of course, is to ensure the watch’s water resistance to 300 meters. After all, Panerai timepieces were born as diving watches for the Italian Navy in the early part of the 20th century.

Moving onto the dial, the Panerai Luminor GMT PAM01088 bears quite a bit more information relative to other Panerai models. While most Panerai Luminor watches typically only have the basics on the dial—hour and minute hands on Luminor Base watches or hour and minute hands along with a running seconds subdial on Luminor Marina versions— the Luminor GMT offers plenty more. 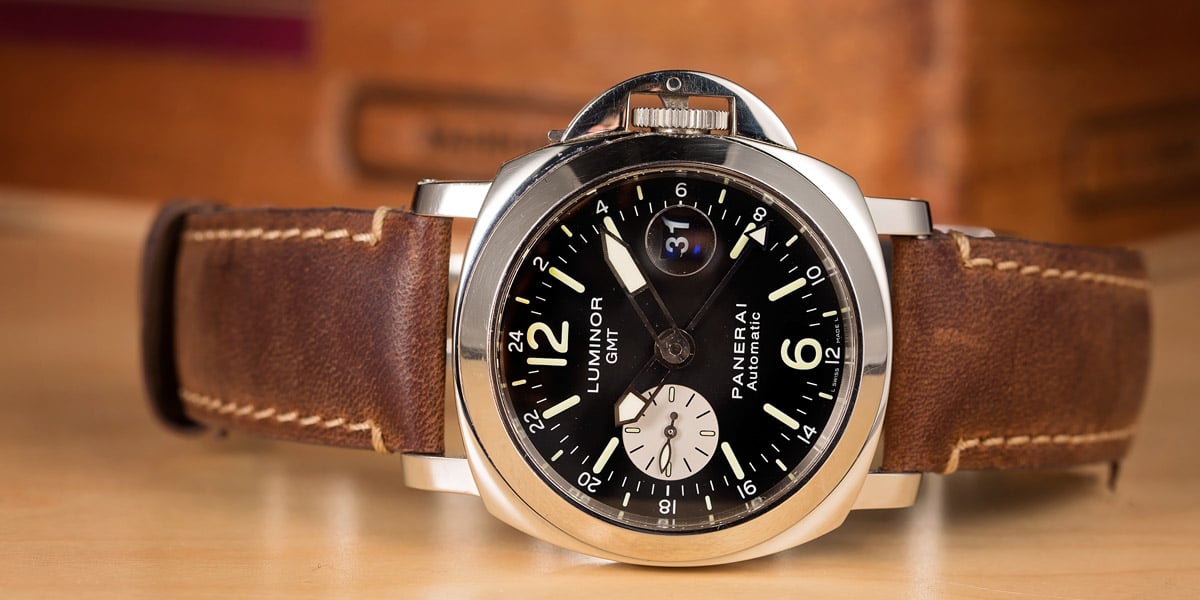 The Panerai Luminor GMT PAM01088 is a watch with history.

In addition to the semi-skeleton hour and minute hands and gray subdial housing the small seconds, there’s also a date window and a GMT function. The GMT function allows the wearer to read another time zone thanks to the arrow-tipped hand pointing to the 24-hour markings on the periphery of the dial. Practical indeed! Characteristic of Panerai watches, the Luminor GMT PAM01088 is furnished with plenty of lume and lights up beautifully in the dark.

Panerai watches are also well known for their sumptuous leather straps and the Luminor GMT PAM01088 is no exception. Presented on a rich brown leather strap with a steel tang buckle, the Luminor GMT is wonderfully comfortable to wear and a joy to look at. There’s even an additional black rubber strap if the wearer decides to go for a dive or just wants to add a new look to the watch. 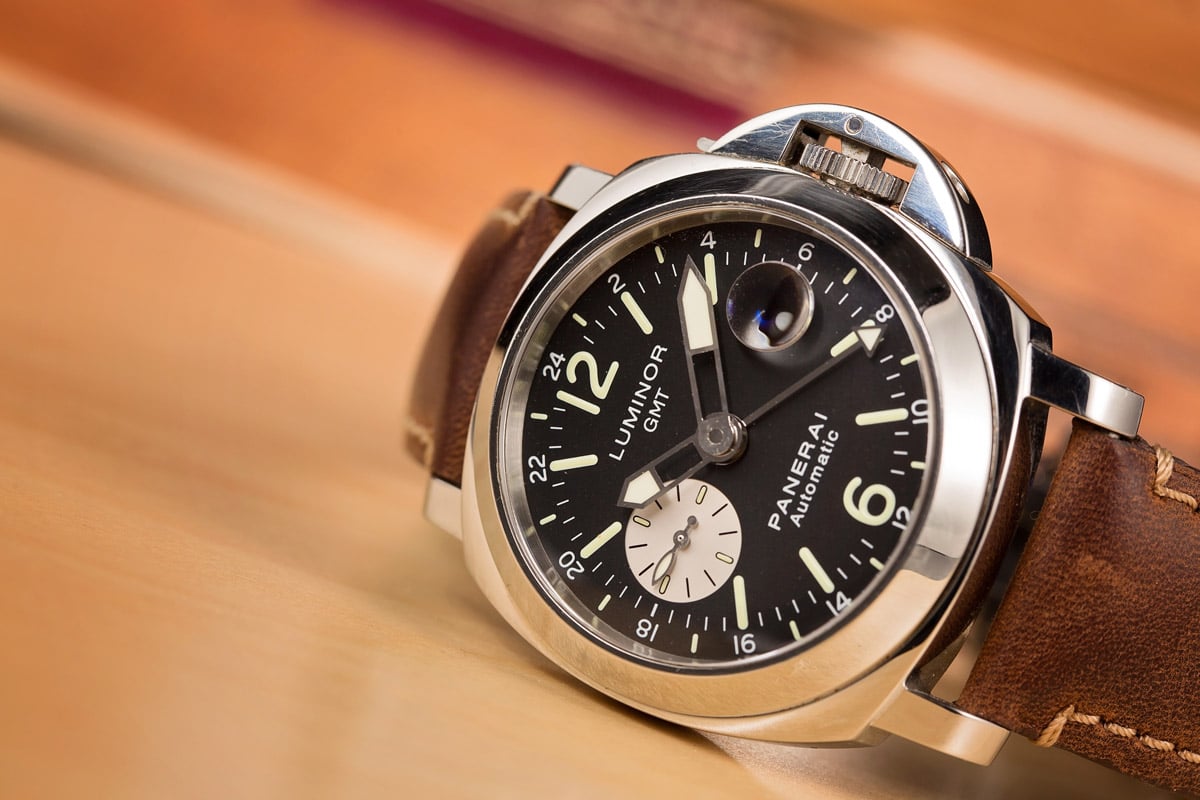 You can see the 24-hours on the outer edge of the dial.

The Caliber OP XXXI is, in fact, a modified version of the famous ETA/Valjoux 7750 chronograph movement. However, Panerai removed the chronograph function and added the 24-hour hand. Operating at 28,800 beats per hour, the COSC-certified Caliber OP XXXI automatic movement offers 50 hours of power reserve.

With its great looks, an abundance of useful features, and a duo of straps, the Panerai Luminor GMT PAM01088 is a solid choice as an everyday luxury sports watch. 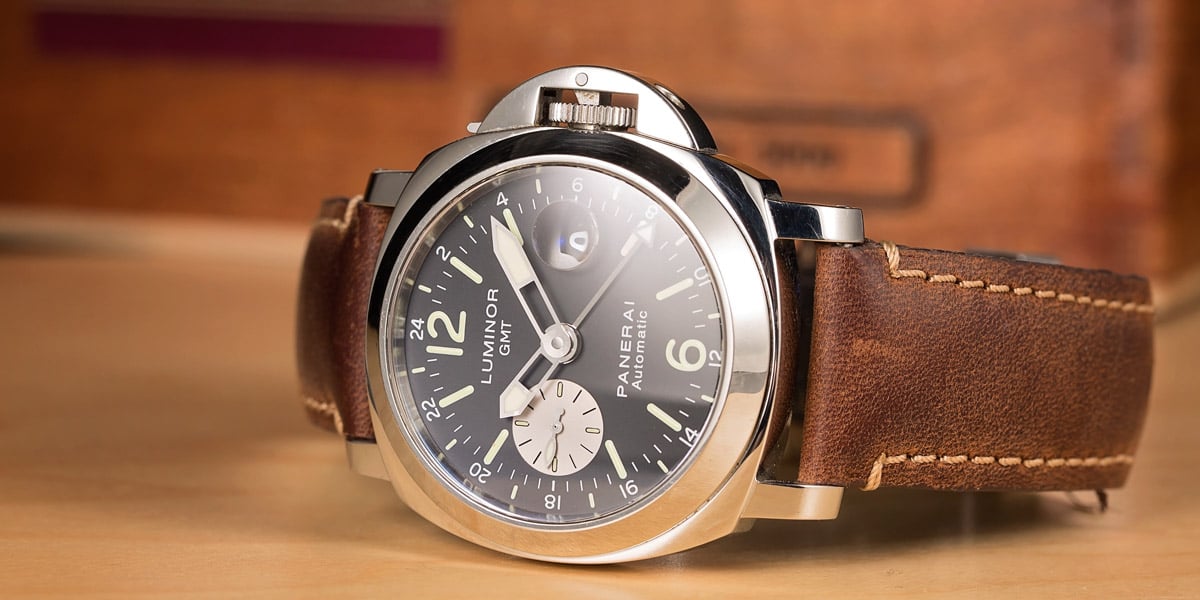 The Panerai Luminor GMT PAM01088 is a spectacular watch. What are your thoughts?

What do you think about the Panerai Luminor GMT PAM01088? Do you appreciate the addition of the date window and GMT function? Leave us your thoughts in the comment section.