The Rolex Explorer – For Explorers Beyond The Ordinary

From the top of Mount Everest to the edge of the North Pole, the Rolex Explorer has been a trusted companion for those who dare to venture beyond the ordinary. While first introduced as a tribute in 1953 following the aftermath of Sir Edmund Hillary and Sherpa Tenzing Norgay’s adventure to the top of Mount Everest, the first successful journey to the top, Rolex had since created a successful, modern version in 1971, the Explorer II. 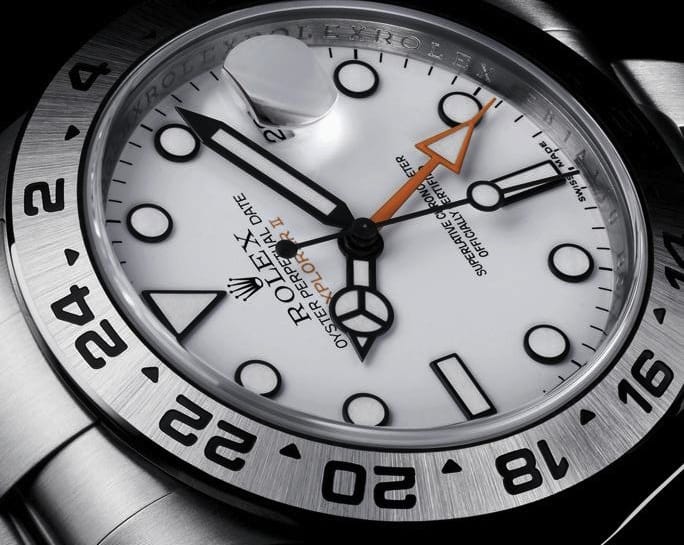 The Rolex Explorer II is a rugged watch made to stand against the forces of nature.

Equipped with a 42 mm 904L super alloy steel case, corrosion-resistant steel bracelet with an Oysterlock clasp and Easylink extension, and a rapid-setting instantaneous date setting, the Rolex Explorer II features an orange-colored arrow 24-hour hand, a characteristic feature of the 1971 model, 24-hour graduated bezel that allows its wearer to distinguish between a.m. and p.m., and a GMT 12-hour hand that displays a second time zone which can be independently set. The blue Chromalight display allows the broad markers to be legible in dark environments for up to 8 hours, about twice as long as standard luminescent products. The blue parachrom hairspring feature, a sign of prestige held by the most accurate timepieces, is devised from a paramagnetic alloy that is impenetrable to magnetic fields and up to 10 times more resistant to shock. Engraved on the dial are the words “SUPERLATIVE CHRONOMETER OFFICIALLY CERTIFIED”, signifying that this model has been rigorously tested for 15 days and nights by the COSC, Contrôle Officel Suicce des Chronomètres, an independent non-profit organization that tests for excellence, accuracy, and precision. Lastly, the Explorer II is waterproof up to 100 metres/330 feet. 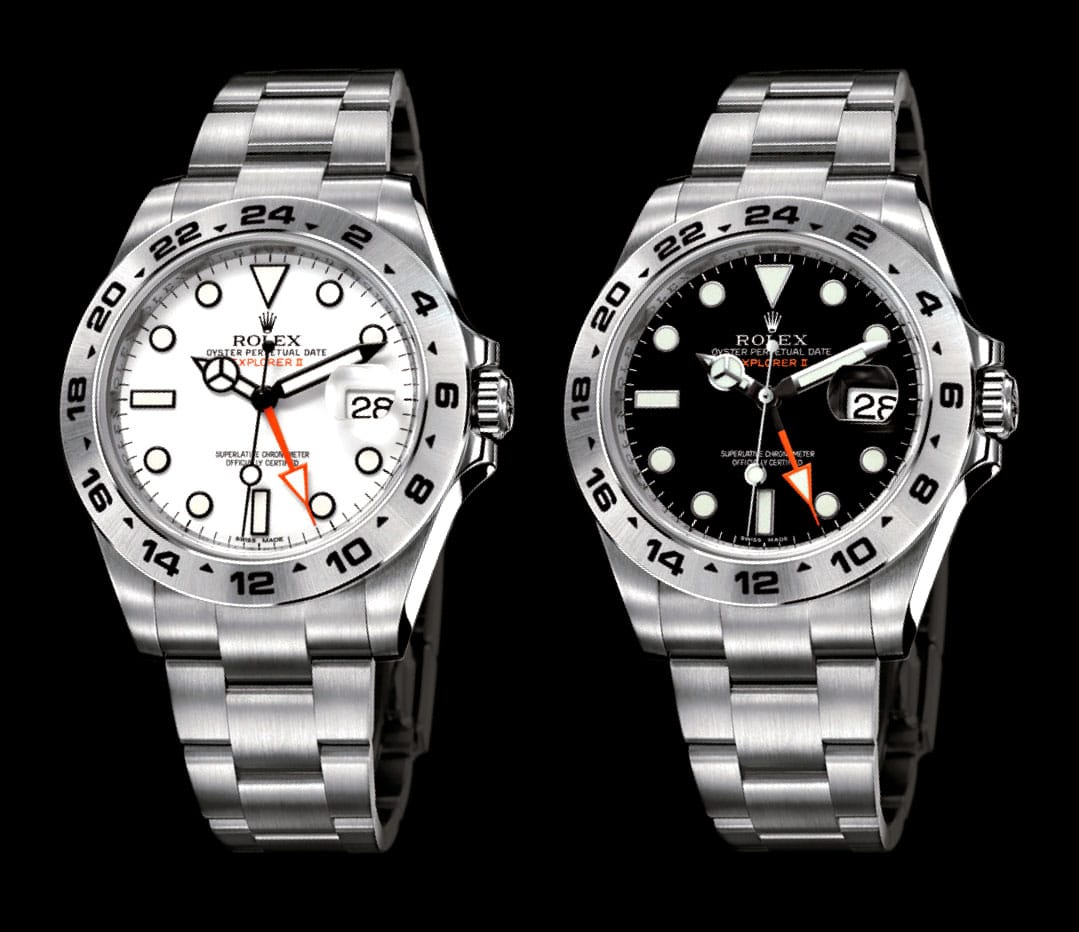 The Rolex Explorer II is a watch intended for those who are pushing the limits.

While the Explorer II is the model most favored by modern-day explorers, the original Explorer model can still be found. With a 39 mm 904L steel case (slightly smaller than the Explorer II), smooth bezel, and waterproof feature of up to 100 metres/330 feet, the original Explorer model features many of the same features as the Explorer II (COSC certification, blue Parachrom hairspring, etc.), minus the 12 and 24-hour hand and instantaneous date features. The Explorer features a basic black dial with highly-legible broad markers and an Oyster bracelet with Oysterlock safety clasp with Easylink extension.

The Explorer II model is available in a white or black dial. The black-dialed version features black-based markers that blend in with the dial, creating a “phantom” effect where the markers appear to float against their background, a characteristic feature of the 1971 model.