It’s crazy to think that SIHH is already a month behind us, though it has left us with plenty to digest. Obviously the heavy hitters like the Vacheron Constantin Twin Beat Perpetual Calendar, and the extremely controversial, Audemars Piguet Code 11:59 have been the biggest talking points thus far, but this is the kind of show that I always like to go back to with a more practical eye – once the dust has settled – and look for the SIHH value propositions.

Outside the mega-pieces of the fair, there is always a smattering of interesting and (relatively) approachable watches that deserve more attention than they initially received upon release. I’ve gone through the archives repeatedly, and after a bit of soul searching, I’ve narrowed down four releases that I believe deliver killer value in some form or fashion. Be warned, the watches I’ve selected as the SIHH value propositions are not necessarily the lowest priced watches of the fair (although I believe one is), but hopefully in reading, it will become clear as to why they made the list.

Despite having a quartz movement, the new Cartier Santos Dumont represents great value for the money (Image: Cartier). 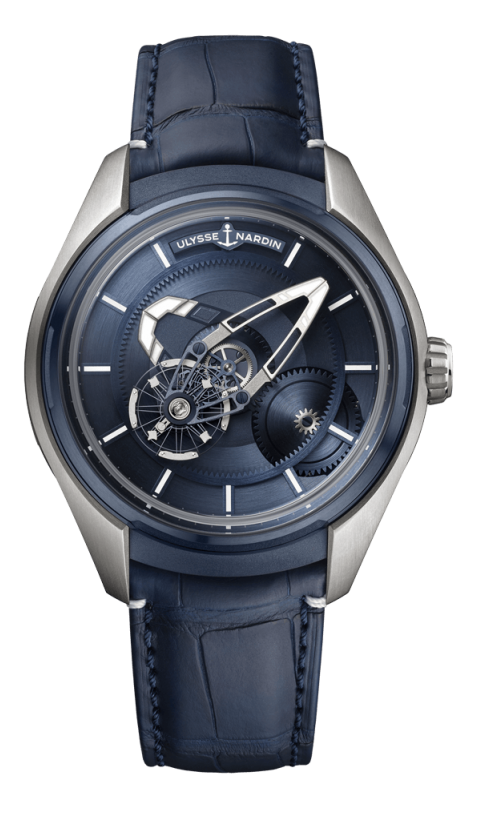 Bringing the Ulysse Nardin Freak collection into a much more attainable realm, the Freak X is certainly one of the more notable SIHH value propositions (Image: Ulysse Nardin).

The Freak has been an epic and polarizing item in the Ulysse Nardin collection since its first arrival in the market in 2001. Over the years, it has regularly floated in the upper end of the brand’s range, costing closer to the $100k price point. New for 2019, the Freak X aims to change that.

A few moves were undertaken to lighten the manufacturing costs on the Freak X – gone is the setting mechanism built into its bezel (replaced by a conventional crown), and gone is its silicon hairspring. That said, its very funky silicon balance wheel remains intact. The piece is on offer in a titanium case for $21,000, and a carbon composite case version (a proprietary compound dubbed “carbonium”), which is priced at $24,000. 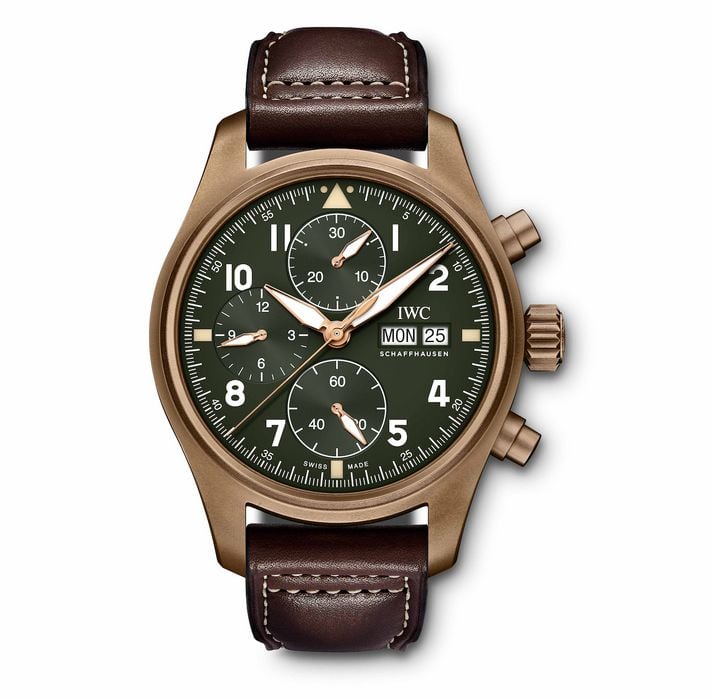 IWC released a number of new Spitfire watches this year; however the chronograph version in bronze is a popular favorite and can easily be considered one of the SIHH value propositions (Image: IWC).

IWC isn’t always a brand that comes to mind when you think of “bang for your buck” – but last year set the benchmark with their limited edition lacquer dial Jubilee collection, which though limited in production and more complex to create, were barely more expensive than their series-production counterparts.

This year, a new Spitfire chronograph has landed with a series of new features – a new bronze case, a smaller 41mm case size, and most notably, the first time the in-house 69000 series movement is used in these smaller case dimensions – and yet, its pricing is expected to stay around the rather modest $6,250 mark. Personally, I started disliking the IWC Pilot Chronograph when the 42mm 3717 became the 43mm 3777, so the combination of smaller casing and bronze makes this one a home run in my books. 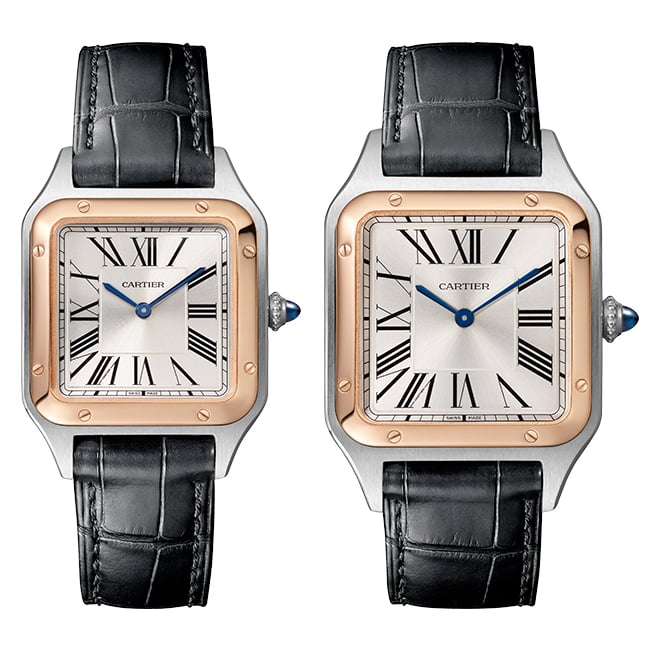 The use of a quartz movement has made the entry point for the Cartier Santos collection significantly more accessible (Image: Cartier).

After fully refreshing the Santos collection last year, Cartier decided to roll out a few additional pieces in the line for 2019, including this new entry-level model. The Santos Dumont follows the more classic case proportions of early Santos models, and is available in two case diameters that both measure only 7mm thick and can only be had on leather straps.

Available in either 27.5mm wide and 31.4mm wide, these may sound a little “petite” for some of you, but on the wrist, they have a classic look and feel, and can be pulled off much easier than you’d imagine. Yes, they’re quartz-powered, though Cartier is using a highly efficient quartz caliber that bumps battery life up to 6 years. In the process, this also cuts the entry price of the Santos in half, down to a very modest (for Cartier) $3,650. 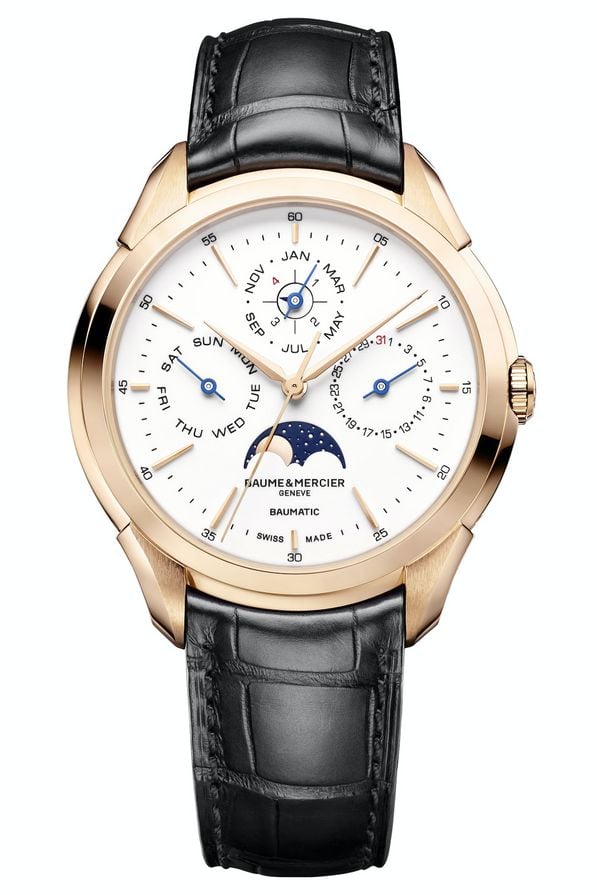 While Baumatic Perpetual Calendar can definitely be considered one of the SIHH Value Propositions, it has strong competition from JLC in the budget perpetual calendar category (Image: Baume & Mercier).

You may remember the big affordable news at SIHH last year from Baume et Mercier – the arrival of the super high-spec and low price Clifton Baumatic collection. The simple 3-hand date models arrived with silicon hairsprings, COSC certifications, and most impressively, a 5-day power reserve. Building on that base success (by adding a Dubois-Dépraz 55102 module), this year, the brand unveiled a new Perpetual Calendar in the model range that loses the COSC certification, but retains its trick hairspring and long running reserve.

It also bumps up in case size from 40mm to 42mm; however at the end of the day, we can’t expect the world from a perpetual calendar that’s meant to be “affordable” (relatively speaking). The pink gold Baumatic Perpetual Calendar will set you back about $24,500, which is really good if your heart is set on gold; however personally, I’d still turn to the Jaeger LeCoultre Master Ultra Thin Perpetual Calendar in steel for $20,300 if I had an affordable perpetual on the brain. In case you’re wondering, the comparable JLC in gold is $31,500.