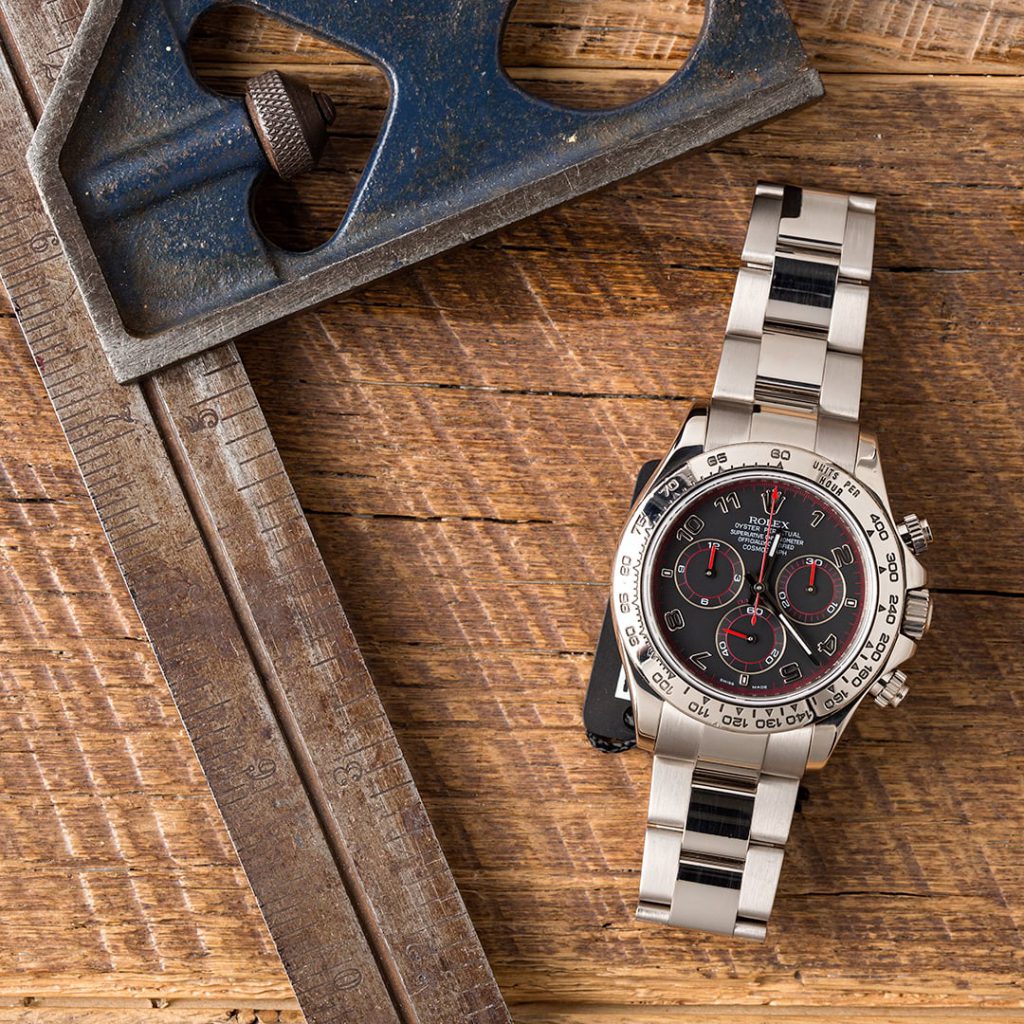 Following our high-octane adventures with the stunning white gold Rolex Daytona 116509 at its spiritual home – aka the Daytona International Speedway – during the Ferrari World Challenge Finals, we felt we deserved some much-needed R&R. Perhaps even the watch itself needed some “time off” after having been the object of so much gawking and frankly lustful stares. It’s not every day that you encounter a white gold Daytona in the wild. Even at an event of that caliber. It’s meant to be a rarity, the most exclusive, elegant expression of the modern Daytona, an icon in any form. Resulting in twice the price of its stainless brethren. 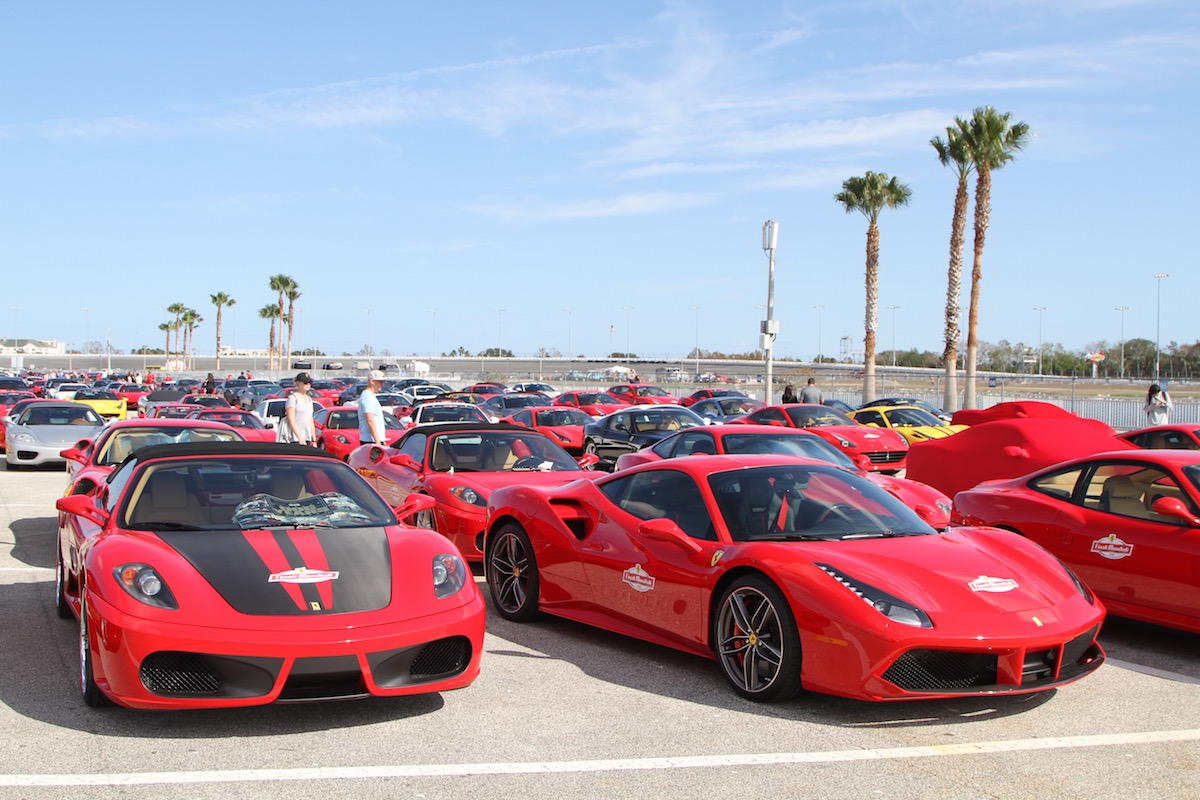 Which Ferrari would you take for a spin?

It’s looks, as we noted down on the tarmac in Florida doing hot laps with the likes of Ferrari F1 driver Sebastian Vettel, are perfectly suited to a track-only beast like the $1 million-plus Ferrari FXXK, the white gold Daytona of Ferraris, if you will. The question remained, how would it fare on the equally exclusive island of St. Barth’s in the West Indies, officially an “overseas collectivity” belonging to France, and easily summed up as Paris on the Caribbean with all that entails – exciting nightlife, stunning luxury resorts, delicious French cuisine, excellent champagne, beautiful women and breathtaking beaches for all of the above to disport upon. All embodying the sort of casual elegance the French manage to make appear so effortless – especially the rich ones. 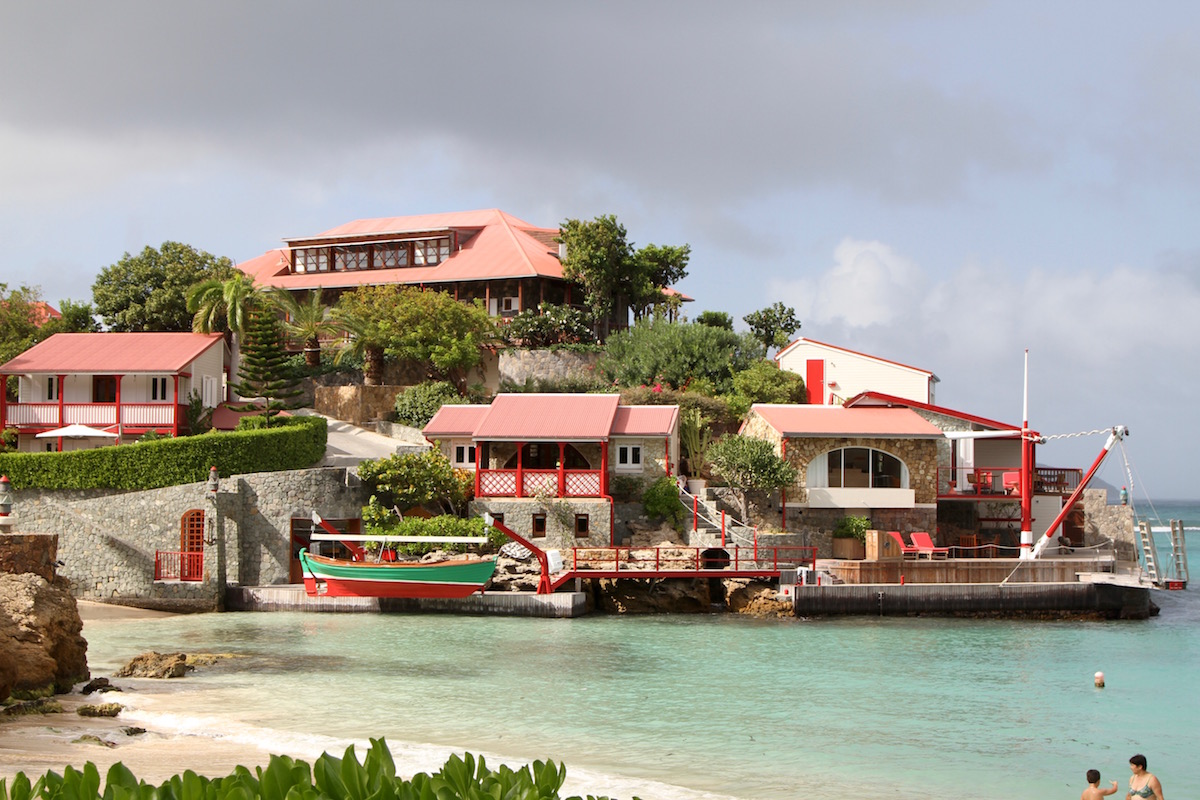 Who invariably wear Rolexes (what else)? Now we’ve already mentioned the two key points about the White Gold Daytona 116509 (hereafter the “WGD”), aside from its distinctive double black and red dial – the gold is both heavier and softer than steel, a studied impracticality that says you appreciate the very finest materials and craftsmanship over purely practical concerns about how much punishment your timepiece can take – a little too much of a bean-counter mentality for the WGD man, you understand. Where some see scratches and dents the WGD man sees patina, lustre, character, and more likely than not, recalls the risqué episode or adventure (probably amorous, on St. Barth’s) that induced each one to appear. 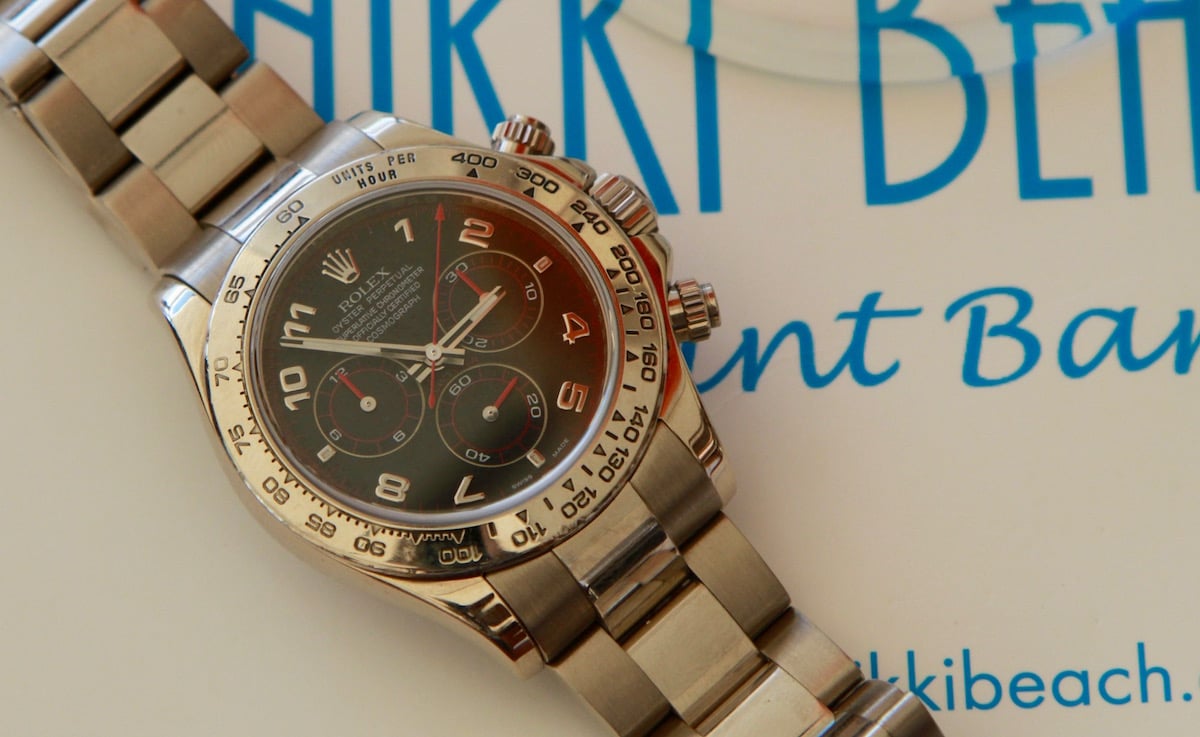 This is a watch that radiates cool confidence and 007-like sang froid – even when driving nothing faster than one of the island’s signature Mini Mokes. At the Eden Rock St. Barth’s, one of the world’s most beautiful beachfront hotels, the 116509 commanded the finest, highest suite; the costliest artisanal cocktail at its stunning bar On The Rocks; the best table at nearby Nikki Beach, where supermodels and billionaires snort beluga and osetra; and the attention of the sexiest dancing girls at the incomparable Le TI St. Barth. OK that was me, but wearing the WGD one could hardly do less. N’est-ce pas….?