The Rarest of All Rolex Explorers: The Space-Dweller

A mission to discover the Rolex Space-Dweller

In the world of vintage luxury watch collecting, particularly vintage Rolexes, the term “rare” is used excessively. There are some pieces, however, that can only be described as such, as not only have they never been seen, they may have never even been heard of. A perfect example of this is the Rolex Space-Dweller.

The story goes that in 1963, the astronauts of the Project Mercury spaceflight program embarked on a global goodwill tour including a stop in Japan. The Japanese public met these astronauts with such enthusiasm that Rolex saw this as a potential opportunity. The Swiss watchmaker was, after all, in the business of commemorating legendary explorations such as the one of Sir Edmund Hillary and Tenzing Norgay reaching the summit of Mount Everest. In fact, the famed Rolex Explorer watch unveiled in 1953 was in honor of that historic feat. So, it would make perfect sense for Rolex to release a watch as a tribute to the new space explorers too. And they did, with the Space-Dweller in 1963. This vintage timepiece took a unique turn considering Japan’s love for space exploration. 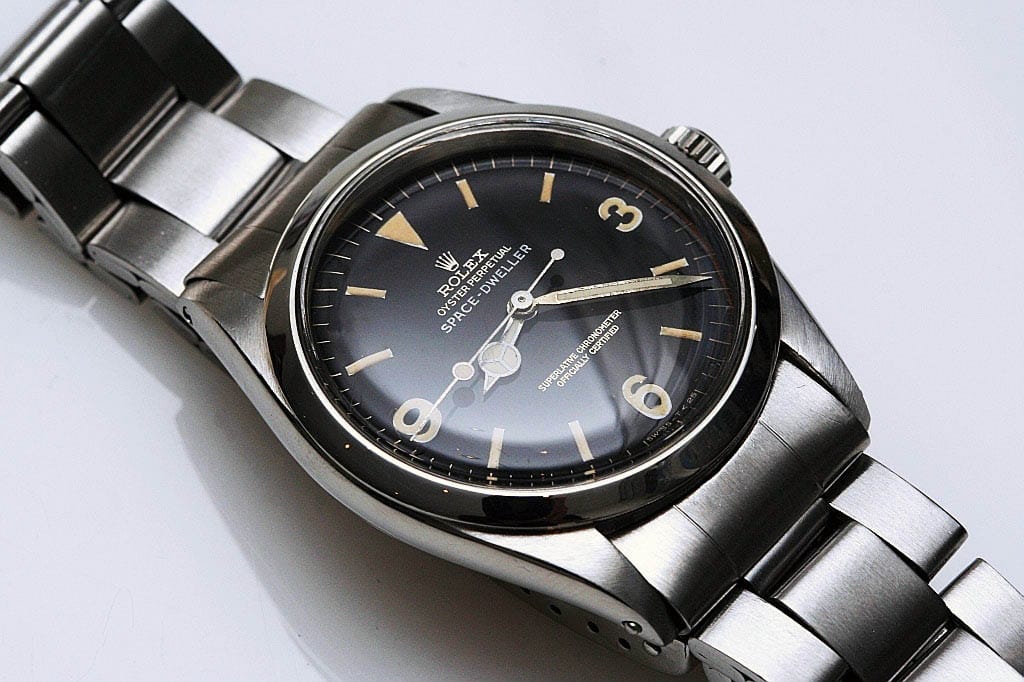 Space-Dweller Wristwatch is a watch that was only avaliable in Japan.

Rather than going full steam ahead with a complete production run, Rolex took a cautious approach and released a test model in very limited quantities. Also, rather than a global launch, Rolex curiously only released the Space-Dweller in Japan. Perhaps the thinking was that since the Japanese public was so enthusiastic about the astronauts, they would be just as receptive to a Rolex watch named in their honor.

The Rolex Space-Dweller is actually an Explorer ref. 1016 outfitted with a special dial. But the dial doesn’t include the label “Explorer” anywhere. Instead, “Space-Dweller” is right under the “Oyster Perpetual” text. Since the Space-Dweller never took off, so to speak, the idea was abandoned only a few years after its debut. The lack of popularity may have been unfortunate for Rolex, but for today’s vintage Rolex collectors, this means that the Space-Dweller is one ultra rare model to seek out. If you’re looking to sell a Rolex Space-Dweller you will have plenty of collectors gawking at the opportunity to snatch up such a rare timepiece. 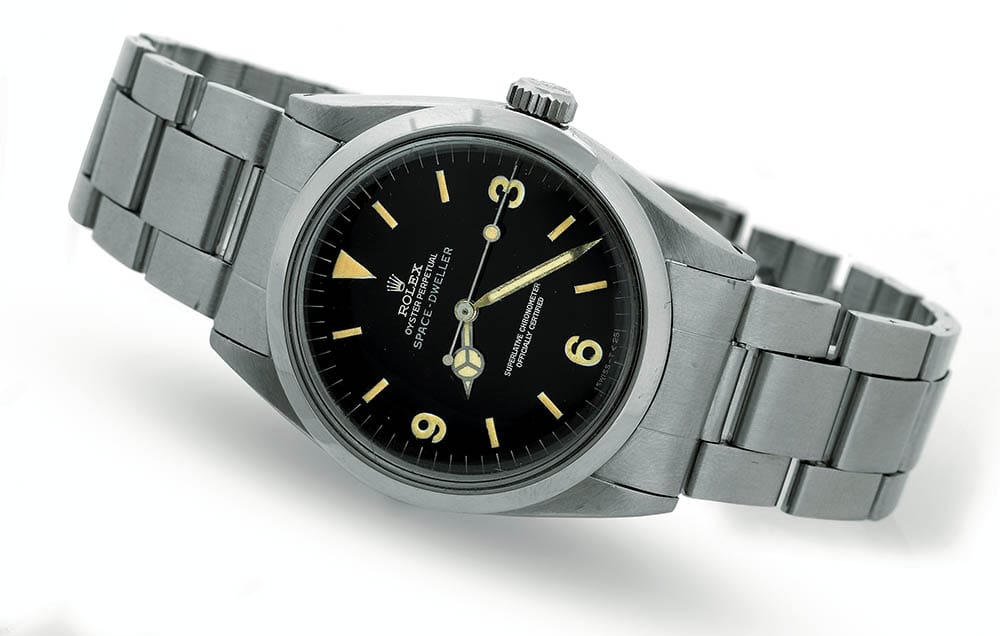 Rolex Space-Dweller is on an Explorer 1016 Dial.

Since there are so few Rolex Space-Dwellers out there, they hardly ever come up for auction. However, there have been some notable sales of the elusive model from top auction houses. In May 2002, a Space-Dweller sold at Sotheby’s Hong Kong auction for a mere $13,617. That may seem like a paltry amount today, but it did exceed its initial high estimate of $6,400. Another Space-Dweller appeared at Christie’s New York auction in April 2006, and this time, it sold for a respectable $28,000. And finally, at Antiquorum’s New York auction in April 2008, the vintage timepiece fetched $48,000. That number well exceeded its estimate of $20,000 – $30,000.

Produced in limited quantities and exclusive to one country, the Space-Dweller is an absolute rarity in vintage Rolex watches. That, coupled with a very interesting story, makes for an incredible collector’s timepiece.