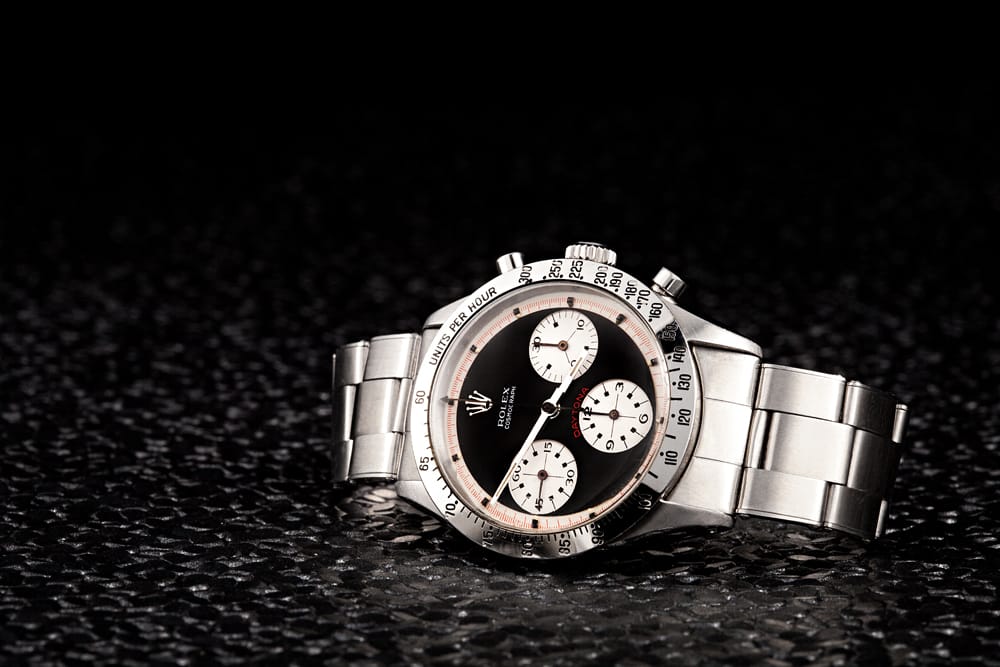 A Vintage Daytona is one to die for.

The earliest examples of the Rolex Daytona Cosmographs are now 50 years old, making them rare collector’s items by any standards. The 1963 line of watches was originally titled “LeMans,” so you may be lucky and find advertising that sports this name with a picture of the Daytona. However, the name soon shifted and the Reference 6239 Cosmograph became known officially as the Daytona. Vintage Rolex Daytona watches have skyrocketed in value the past decade and continue to be excellent investments over time.  Paul Newman’s personal Rolex Daytona 6239 recently sold for an astounding $17 million dollars at auction. 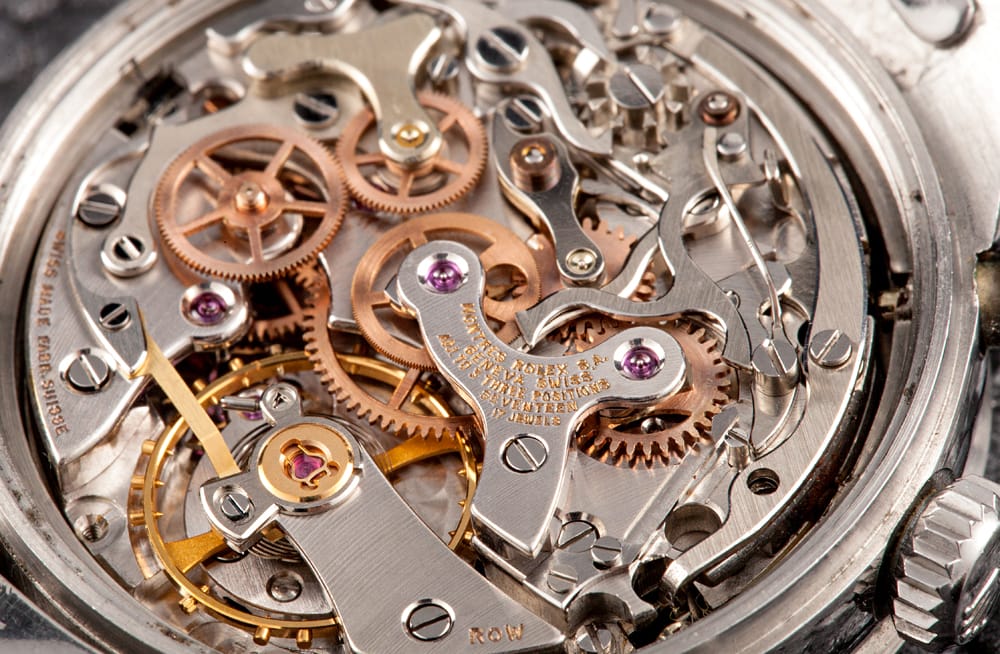 The Vintage Daytona Movement is great and keeps perfect track of time.

The biggest differences between the 6238 that preceded it and the 6239 was the use of inverse colors for sub-dials. All the previous Rolex chronograph dials were one color, now there are many variations especially in the modern Daytona watches. The tachymeter scale was moved from the dial to the bezel, as well. Bezels on these early watches were graduated to 300 units per hour, a trend that lasted until 1967. The earliest Daytona was marked at 275 and hashed the entire way around the bezel. Finding a 1963 Rolex Daytona with the 275-marked bezel intact is a rare find, indeed. 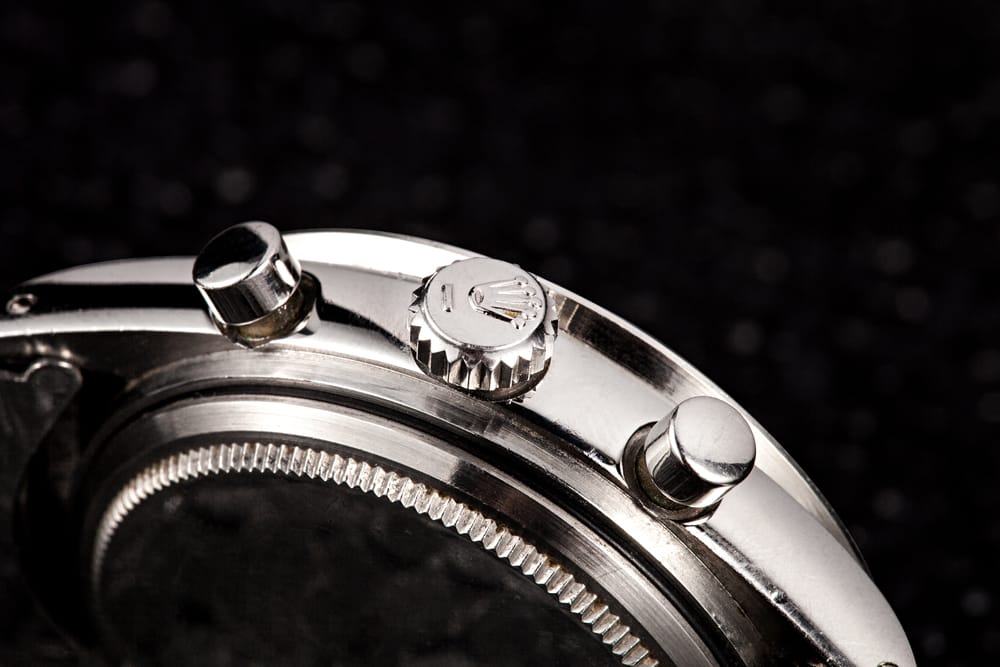 The pushers on this Daytona 6239 allows people to track time to an incredibly accurate degree.

Very early Daytonas will not feature the word “Daytona” on the dial but instead have a small underline or hash mark under the words “Rolex Cosmograph.” There is no word from Rolex on the meaning of this underline, but theories abound. Some believe that it is to signal the transition from radium to tritium for luminous dials. The 1963 model also features two “Swiss” signatures, one at six o’clock and one farther down on the dial.

The hands are different on the sub-registers than on the counters. Minute and hour counters are thick and pointed, while the sub-register hands are very thin and feature a flat head. Finding a Daytona this old with the original running seconds hand is also a great achievement from a collector’s point of view. 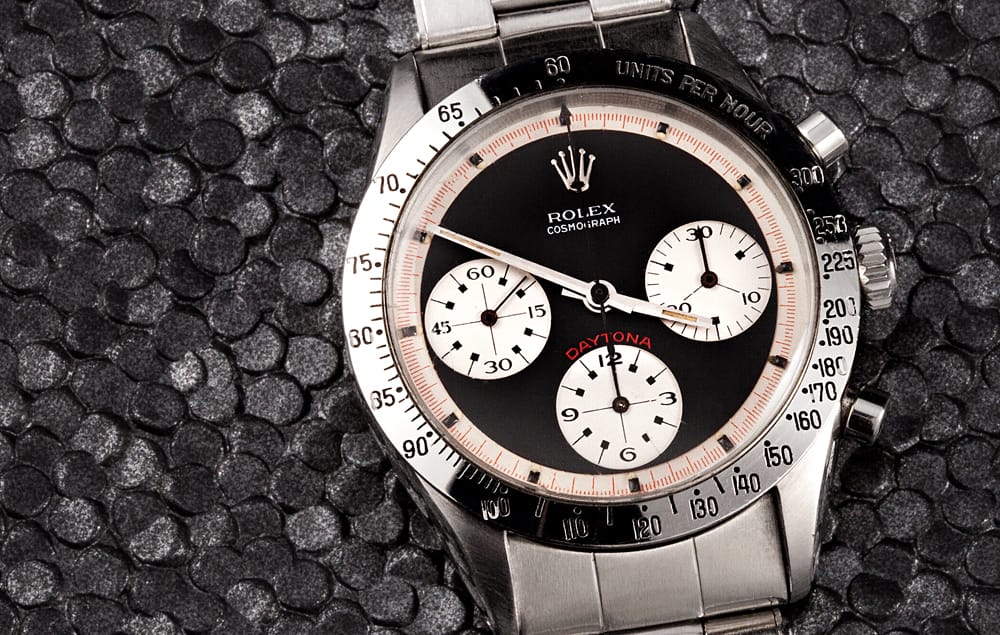 The Vintage Daytona is an amazing watch for its rarity and origin.

It is very difficult to find the earliest Daytonas. In fact, you can probably plan on spending many months in your search if you are a purist about original parts. Be sure to deal with a reputable dealer so that you are not fooled by a sharp sale into buying a less valuable watch. The watch should have a serial number under 1,000,000 and should feature a Valjoux 72B movement. The price is almost impossible to predict. As one expert said, “Everyone who knows what these are already has one.”

The Daytona Reference 6239 is not the most popular of the Daytona models but it may be one of the rarest and most difficult to collect.