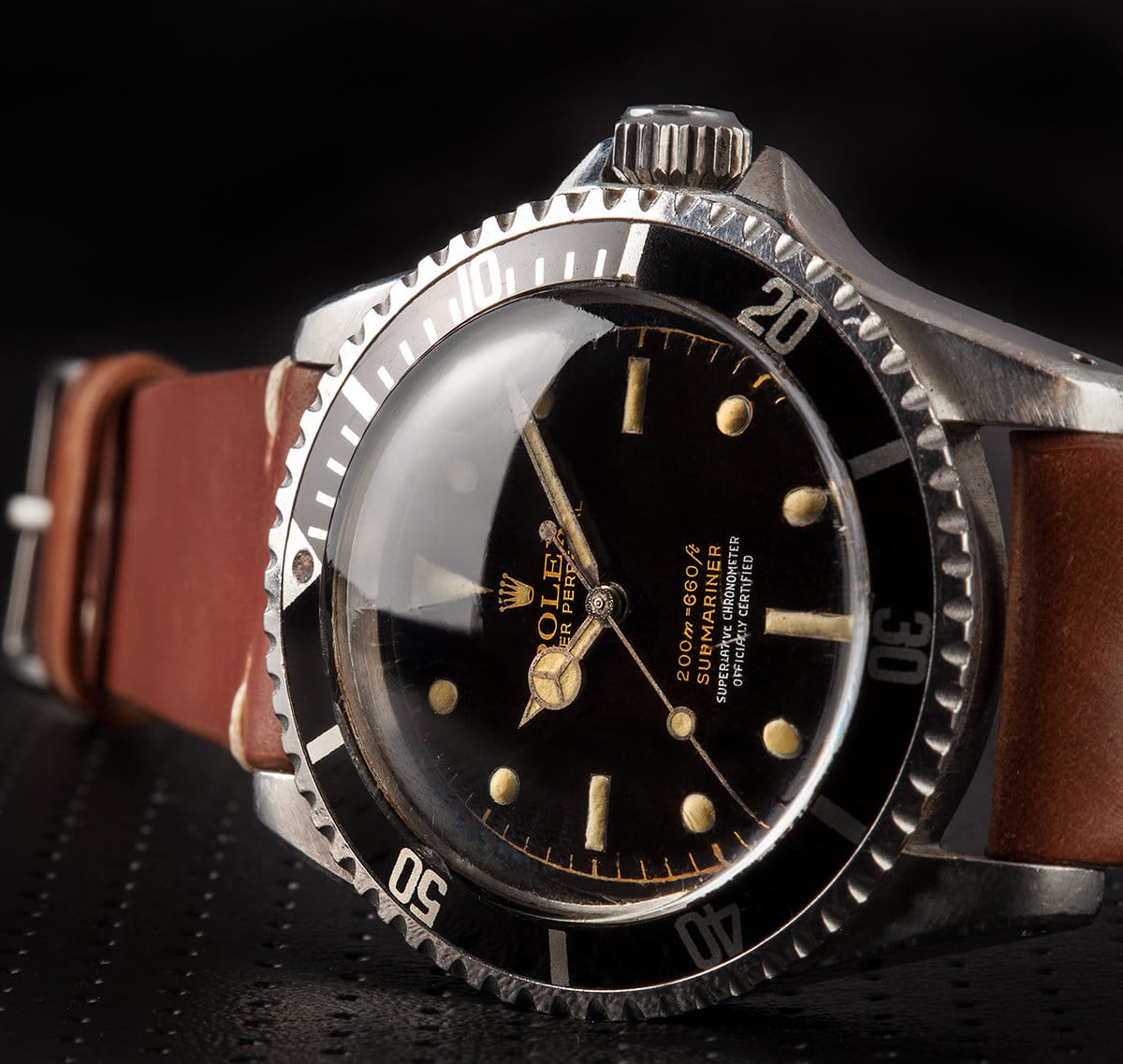 The history of Rolex begins in 1905, when a young Hans Wilsdorf established a London-based company that specialized in the distribution of timepieces. At the time, Wilsdorf's company did not manufacture its own watches, but rather imported movements from Switzerland, and fitted them in high-quality cases.

In 1908, Wilsdorf registered the trademark “Rolex” name, and opened an office in La Chaux-de-Fonds, Switzerland. Wilsdorf chose the Rolex name because it was simple to remember, looked nice on watch dials, and was easy to pronounce in every language.

Just two years after trademarking its now-legendary name, Rolex became the world’s first wristwatch to receive the Swiss Certificate of Chronometric Precision. Four years later, Rolex became synonymous with precision when the Kew Observatory of Great Britian awarded Rolex with a “Class A” precision certificate – a distinction that had previously been reserved only for marine chronometers.

By 1919, Wilsdorf had moved the company’s headquarters from London to Geneva, Switzerland, a city internationally renowned for its watchmaking. Rolex had already established itself as a company that produced highly accurate timepieces; however Wilsdorf wanted to improve upon the reliability and functionality of wristwatches.

In 1926, Rolex created the world’s first waterproof and dustproof watch. Named the “Oyster”, this revolutionary timepiece achieved unparalleled levels of water resistance by using a hermetically sealed case to protect the delicate movement inside.

The robust design of the Oyster case proved itself to the world in 1927, when English swimmer, Mercedes Gleitze wore one while crossing the English Channel. Although the swim lasted for over ten hours, the Oyster case stayed watertight, and the watch remained in perfect working condition.

Just five years later in 1931, Rolex revolutionized the watch industry again by creating the world’s first self-winding mechanism with a perpetual rotor.  Although it has seen numerous revisions and improvements over the years, this ingenious system remains at the heart of every contemporary automatic Rolex.

The extremely reliable nature of Rolex watches made them a popular choice for individuals that required a timepiece that could withstand strenuous conditions. Race car drivers, mountain climbers, and even airplane pilots all chose Rolex watches for their ultra-durable reputation, and the company quickly asserted itself as the watch brand for the world’s most demanding professions.

In 1945, Rolex made history again with the introduction of their Datejust line of watches. The Datejust was the world’s first self-winding wrist chronometer that had the ability to display the date through a window on the dial. To mark this revolutionary accomplishment, Rolex created the Jubilee bracelet specifically for the Datejust; and soon this classic pairing became an iconic look, instantly recognizable as a Rolex timepiece.

By the 1950s, Rolex had fully embraced its tool-watch reputation, and started producing wristwatches designed for specific professional activities. Such watches were built to thrive in conditions that would simply destroy lesser timepieces, and each model was engineered for a specific situation, such as deep-sea diving, aviation, or mountain climbing.

In 1953, Sir Edmond Hillary and his Sherpa Tenzing Norgay became the first humans to reach the summit of Mount Everest. At 29,035 feet above sea level, Mount Everest is the highest point on earth, and both Hillary and Norgay made their ascent while wearing Rolex’s Oyster Perpetual watches.

In celebration of mankind’s triumph over Mount Everest, Rolex release the Explorer line of watches in 1953. Although it differed little from the ultra-durable Oyster watches that Rolex had been producing for several decades, the Explorer represented Rolex’s ongoing commitment to manufacture watches that could go anywhere their owners dared to venture.

The following year, Rolex introduced their Submariner line of dive watches. As the company that invented the world’s first waterproof watch, Rolex was no stranger to producing watches that could withstand aquatic conditions; however the Submariner was designed specifically for scuba divers, and offered users unparalleled water resistance, with a depth rating of 100 meters (330 feet).

The same year that Rolex conquered the ocean’s depths with their Submariner, they also asserted themselves as the go-to timepiece for pilots on transcontinental flights. Following a request by Pan Am Airlines for a watch that was capable of simultaneously displaying multiple time zones, Rolex released the GMT-Master, which quickly became the official timekeeping device for a number of the world’s premier airlines.

The mid-1950s marked a transition in the type of demanding conditions that timepieces were expected to withstand. Rather than moisture and dust, many scientists and medical technicians found that the electromagnetic fields from their equipment wreaked havoc on their wristwatches.

In 1956, Rolex proved their ongoing commitment to producing the world’s toughest timepieces and released the Milgauss – a watch capable of withstanding extreme levels of electromagnetic exposure. By placing the movement inside a Faraday cage, Rolex was able to guarantee that the Milgauss would function reliably, even under magnetic fields greater than 1,000 gauss in strength.

1956 also marked the introduction of Rolex’s Day-Date line of watches. Available in only 18-karat gold or solid platinum, the Day-Date was the world’s first watch to display both the date and the day of the week (spelled out in full) through a window in the dial.

To commemorate their new flagship line of watches, Rolex designed the President bracelet specifically for their Day-Date watch, and to this day, the Day-Date on a President bracelet represents the quintessential timepiece for the world’s most influential people.

By the 1960s, Rolex had firmly established itself as one of the world’s premier watch manufacturers, and it had already forged the archetypes for watch designs that all companies would come to follow.

Despite Rolex’s present-day designation as a luxury brand, the company still largely adheres to their founding principles of simplicity and durability. Hans Wilsdorf first started Rolex with the intention of producing high-quality, ultra-reliable watches; and for generations, that is exactly what Rolex has done. Given that the majority of watches that Rolex has ever produced are still operational today, it is no wonder that Rolex has attained a legendary status as the world’s most recognizable watch.

Through the years a number of different models were introduced with many innovative additions.  Rolex produces about a dozen Oyster Perpetual watches in addition to their Cellini and dress line.  Each model will have some unique features and style, which can vary for different model years. Some of the sizes for Rolex references include the following:

A Unique Serial Number for Every Watch

In addition to have different sizes Rolex assigns a unique serial number to each watch they produce. There are a number of ways you can find your serial number depending on the year of production. One of the best ways to do so is by using the Rolex serial number verification chart on our site.