The Most Wanted Patek Philippe Watches

As a manufacturer of fine luxury watches, Patek Philippe really is in a league of its own. The engineering prowess and sheer artistry that goes into every one of the models that trickles out of their Geneva base is second to none, making each piece an event in itself.

From the extraordinary hand-finishing on the movements to the sophistication of the dial design and the pure elegance of the cases, no other watchmaker can claim quite the universal standing as Patek Philippe. All that comes at a price however, and the price in this instance is, in fact, the actual monetary price. 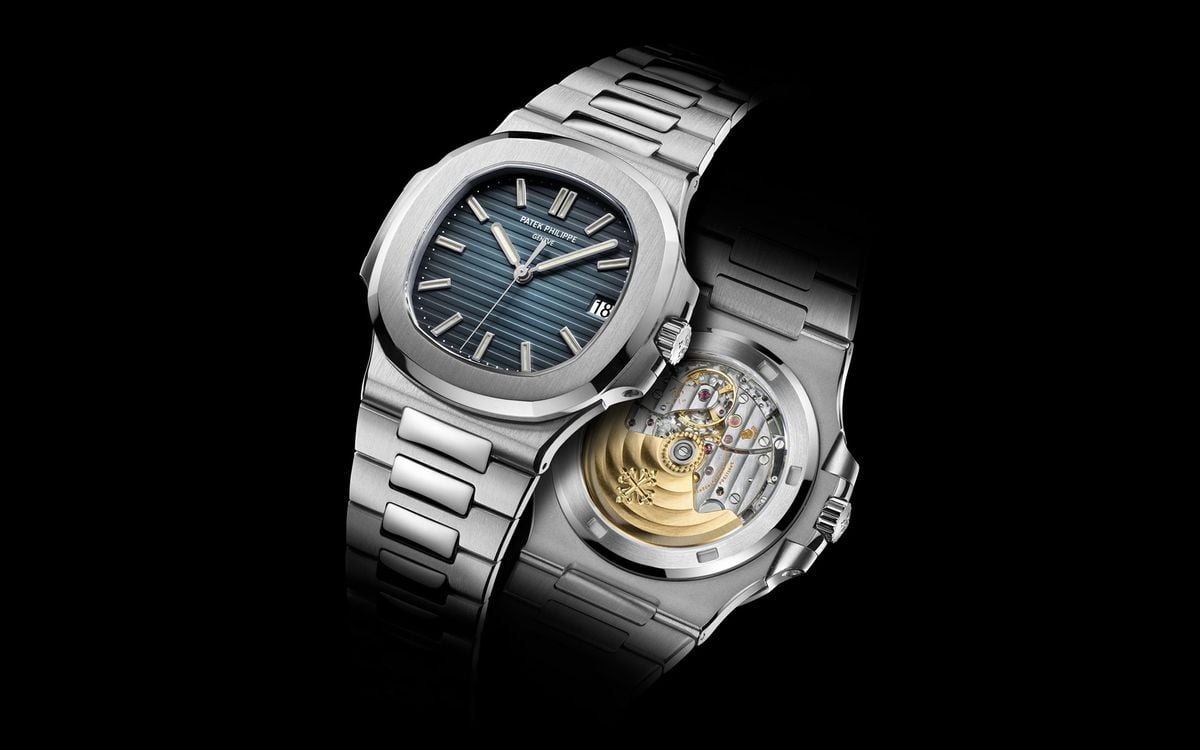 There is really no getting round it – Patek Philippe watches are expensive. Even the least costly, purchased brand new, will still set you back upwards of $20,000. Between that and the relatively small number of models the legendary manufacturer produces each year, it gives the brand a huge exclusivity factor, even further upping their desirability – both among those who collect for the love of the watches themselves and for those who see them as future investments.

But which out of all the various styles and references are in greatest demand? Below we take a look at three models that represent some of the most desirable Patek Philippe watches in the world. 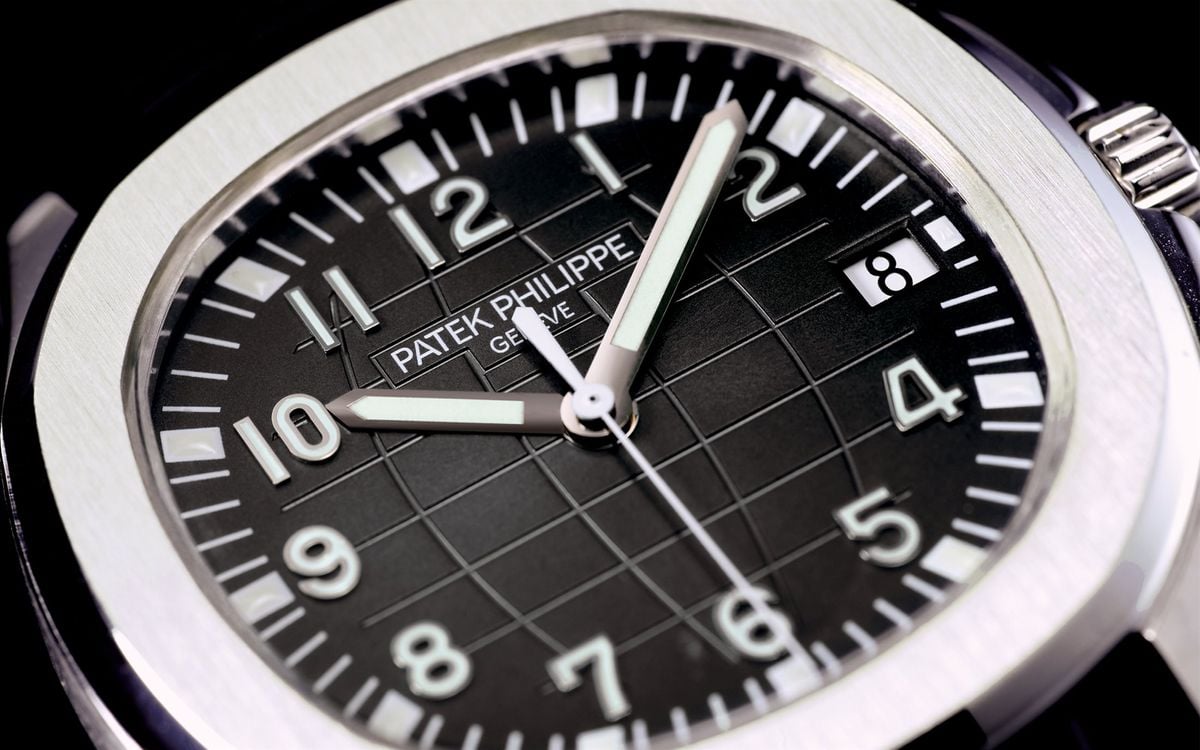 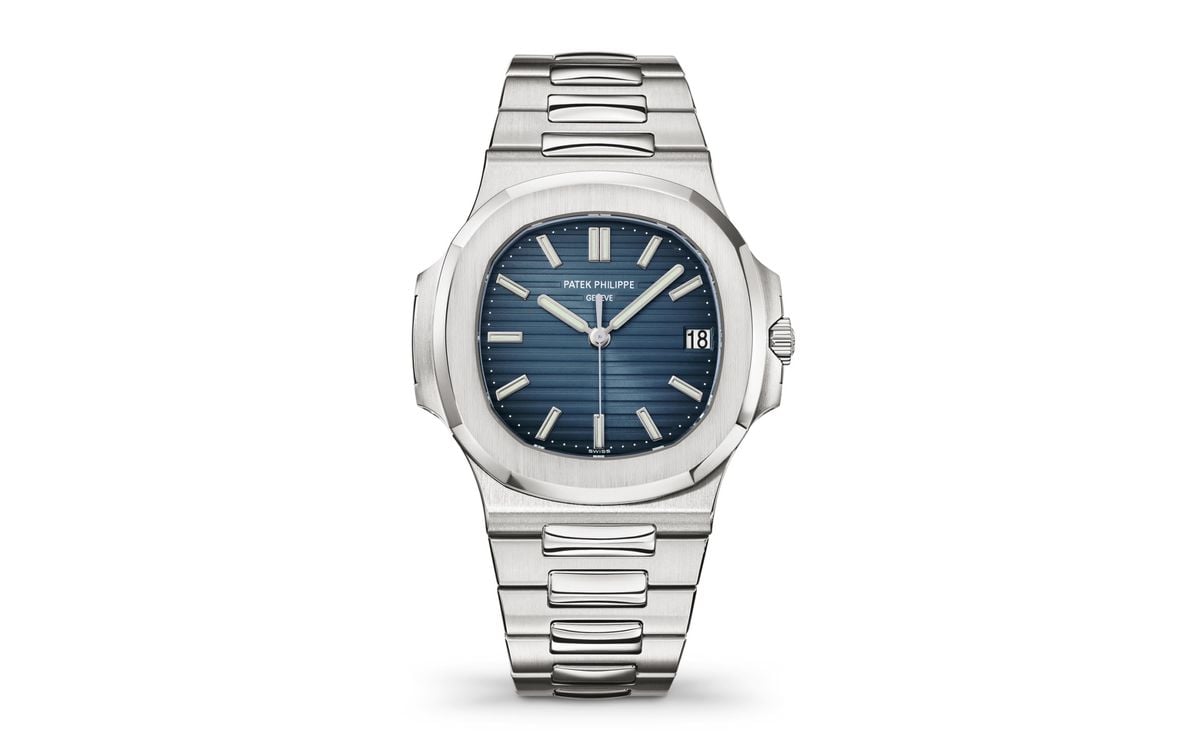 This is the only place to start. If you thought Rolex’s latest Daytona or GMT-Master II was difficult to get ahold of, you ain’t seen nothing yet.

The Nautilus range as a whole is hugely coveted, but the ref. 5711 is on another level entirely. If rumors are to be believed, the waiting list for a new model from an authorized dealer is anywhere between eight and 12 years long. This for a stainless steel, time-and-date sports watch with a retail price of around $30,000.

First introduced in 2006, the 5711 was launched to commemorate the 30th anniversary of the very first Nautilus, the ref. 3700. That piece, created by legendary watch designer Gérald Genta, drew heavily on nautical themes, with its porthole-inspired hinged octagonal case and grooved dial reminiscent of sailor stripes or the decking on a yacht.

As with many radical departures from the accepted, the Nautilus took a while to catch on, and its price tag didn’t help. Patek was unapologetic about the whole thing, marketing their new charge with the tag line, “One of the world’s costliest watches is made of steel.” Ahead of its time, it was a long way from the brand’s usual collection of fine and elegant gold dress models. Even so, after slow beginnings, the Nautilus grew in popularity until we reach today’s point where the 5711 is, for all intents and purposes, unobtainable through all official channels.

The ref. 5711 is the closest in style to the original. The modern case is slightly rounder, the steel has been uprated, a seconds hand has been added, and the signature integrated bracelet has been redesigned, but the majority of the aesthetic architecture is still present. Inside, an in-house movement, the Caliber 26-330 S C ticks away at 28,800vph, with all its beautiful artisan-engraved decoration and 21k yellow gold rotor visible through a sapphire case back.

So how much are you going to have to part with to actually take ownership of perhaps the most iconic watch of the modern era? Well, prices for the latest model on the pre-owned market start at around $65,000 to $70,000 for the latest white dial version, or $70,000 to $75,000 for the blue dial. That is a sizable chunk of anyone’s cash, but the chances of losing money on a Nautilus 5711 should you decide to sell it on in the future are slim to non-existent, with the demand only seeming to increase (and increase fast), year after year. Definitely one to consider if it is within reach. 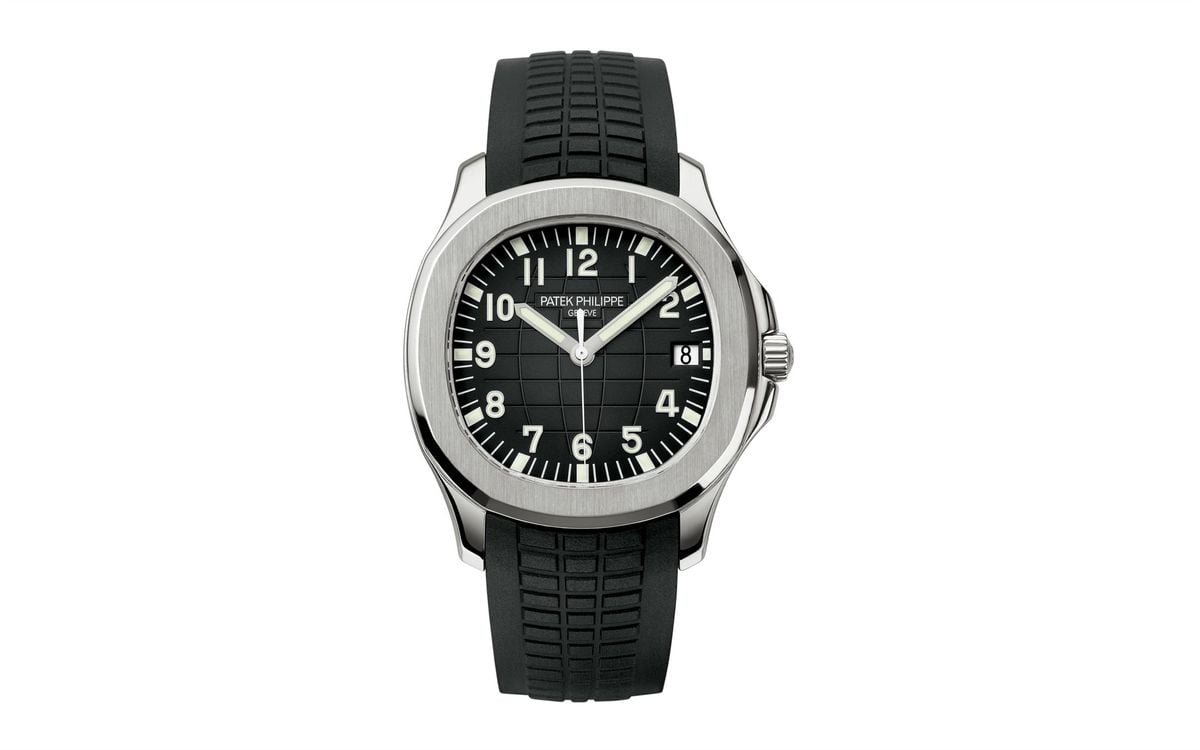 The Aquanaut series was released in 1997 as a more ‘budget-friendly’ alternative (relatively speaking, of course) to the Nautilus. While that older model range had been definitively avant-garde in the 1970s, it matured during its run and its looks had become firmly established. Patek Philippe wanted something to appeal to a new generation, something fresh and a bit more casual.

However, there was no need to stray too far from the well-proven foundations the Nautilus had established, and so the Aquanaut borrowed heavily from its big brother. The bezel, for instance, was a close approximation, with a similar eight-sided, smooth-edged shape with a satin finish.

But the dial was given a unique twist, graduating from the teak deck motif and gaining an embossed guilloché design, a visual which was carried over onto its controversial-for-the-time rubber strap. A world away from the 1970s integrated steel bracelet of the Nautilus, it was the perfect sporty twist for a watch that didn’t take itself quite as seriously. All told, the Aquanaut was a success, quickly becoming a favorite among a younger, more modern crowd.

On its 10th anniversary in 2007, Patek issued the first of the 516X series, featuring an increased case size of 40mm (over the previous 38mm) with the all-steel 5167A-001 proving the must-have of the collection. The dial was granted a small redesign too, softening up the embossing a touch, and the strap adopted a more unified appearance with the case. Another straightforward time-and-date watch, it contained the brand’s own Caliber 324 S C, which had powered previous generation of the Nautilus.

By far the most contemporary and informal offering from Patek Philippe, recent years have seen demand for the piece skyrocket, with both actual fans of the watch, and those tired of lingering at the end of the Nautilus waitlist clamoring to get their hands on one. As such, the waiting list for the Aquanaut has grown to unmanageable lengths and prices on the pre-owned market continue to increase. Expect to pay around $40,000 as a starting point for this year’s model, for a watch that sells at retail for under $20,000. 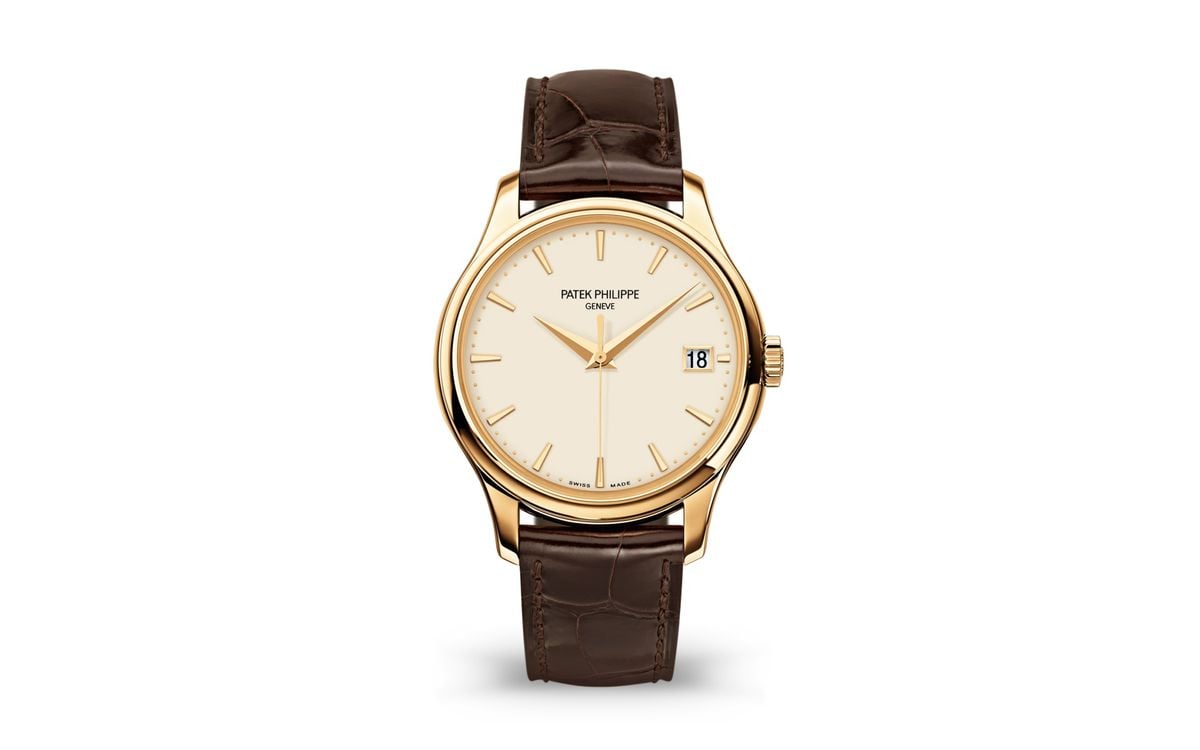 While we could fill up this list of most in-demand Patek Philippe watches with just various references of either the Nautilus or Aquanaut, let’s look at one of those sought-after watches you might actually stand a chance of buying at something approaching a reasonable price.

The Patek Philippe Calatrava range emerged in 1932, in an era dominated by the German Bauhaus design movement. The minimalist style and single-minded focus on supreme craftsmanship inspired English horologist David Penney to create the first Calatrava model for the brand, the ref. 96. Beautifully simple and stripped of anything superfluous, the watch perfectly complemented the Bauhaus philosophy of form following function.

It is a course the Calatrava series has charted ever since, with the collection remaining the most restrained and elegantly unassuming in the brand’s entire portfolio; the absolute essence of graceful sophistication. The ref. 5227 is just one more step in this long tradition, an exquisite dress watch released in 2013 in yellow, white, or rose gold.

At 39mm, it is the largest of the current Calatrava watches – one concession to modern times. But otherwise, all the elements which have always epitomized the series are present and correct. The round case sweeps into delicate lugs, the stark dial with its chisel-shaped applied gold indexes glows under its 12 layers of lacquer, and the double-edged Dauphine hands are pure 1930s class.

Turn it over and you see one slightly eccentric touch; an officer’s case back, opening on an invisible hinge that took Patek two years to perfect. Underneath is the same Caliber 324 S C that drives the Aquanaut from above, although you will struggle to find a pair of more dissimilar watches.

That disparity applies to both cost and availability as well. At around $35,000, the ref. 5227 (and the Calatrava range as a whole) is accepted as the entry level offering from the brand. As such, (just as you will always find a Datejust at an authorized Rolex dealer) a Patek Philippe boutique will usually have a Calatrava or two available for purchase. That convenience means their price on the pre-owned market is kept in roughly the same sphere, avoiding the same sort of of premiums that get piled on top of others in the catalog.

So although they aren’t always the first choice for those with an eye for an appreciating asset, they are perhaps the finest watch of their type in the world. In terms of exceptional quality, the Patek Philippe Calatrava remains unmatched.

*All images courtesy of Patek Philippe