The Panerai Radiomir’s cushion-shaped design actually predates that of the more-popular Luminor, with prototypes having originally been created back in 1936. At sizes ranging from 45mm to 48mm, the new watches are hardly understated, but the brand calls the matte green dials with beige lume “discreet and intentionally elusive.” We would add extremely handsome. 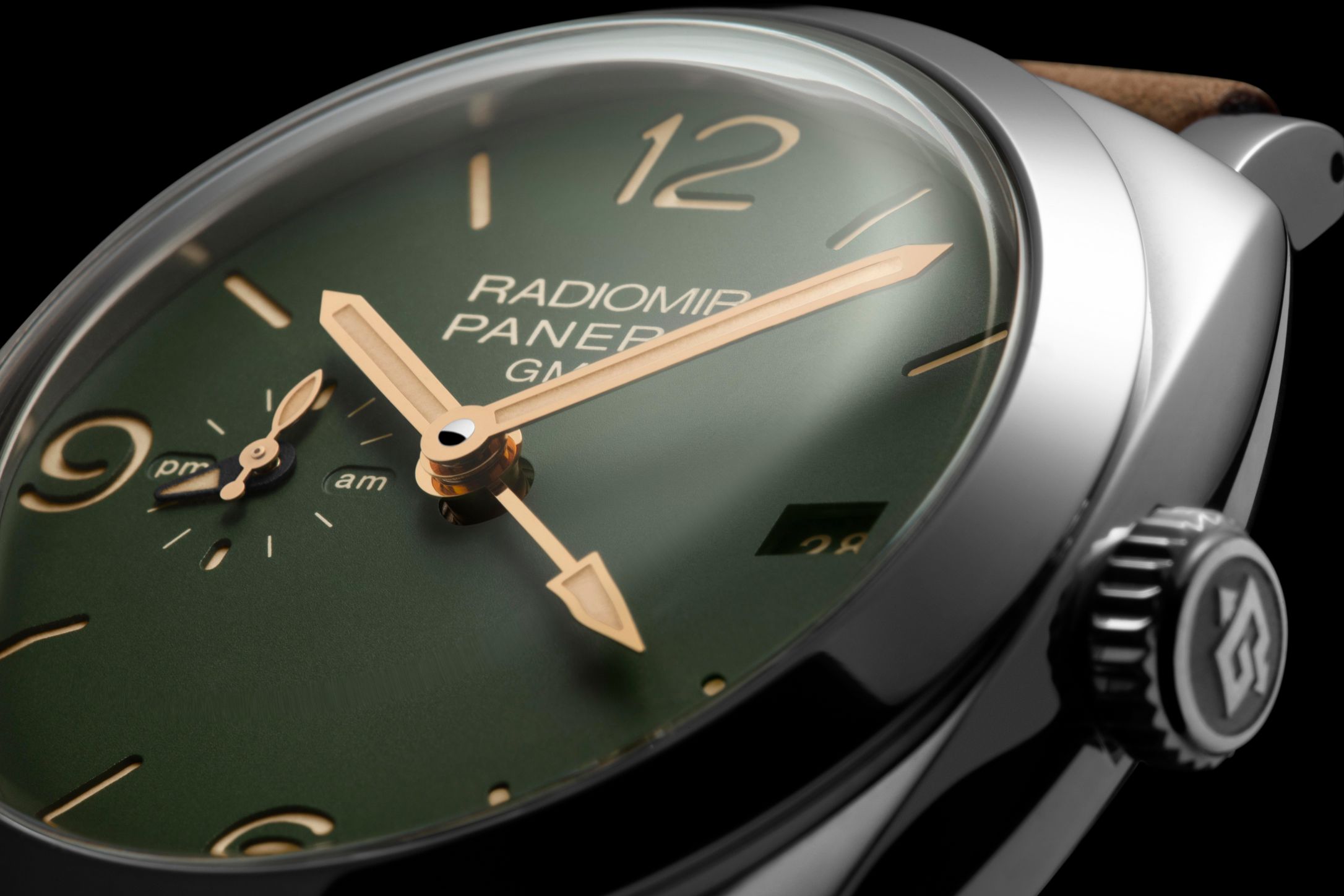 First up is the 45mm PAM995, which comes fitted with Panerai’s thinnest automatic movement, the caliber P.4000. At $11,200 it is the least expensive version of the four new green-dial watches. The PAM998, priced at $12,000, is a GMT watch and also has a case size of 45mm. Inside it features the caliber P. 4001, which adds a second time zone and an AM/PM indicator, along with a power reserve that is displayed on the movement side of the watch. 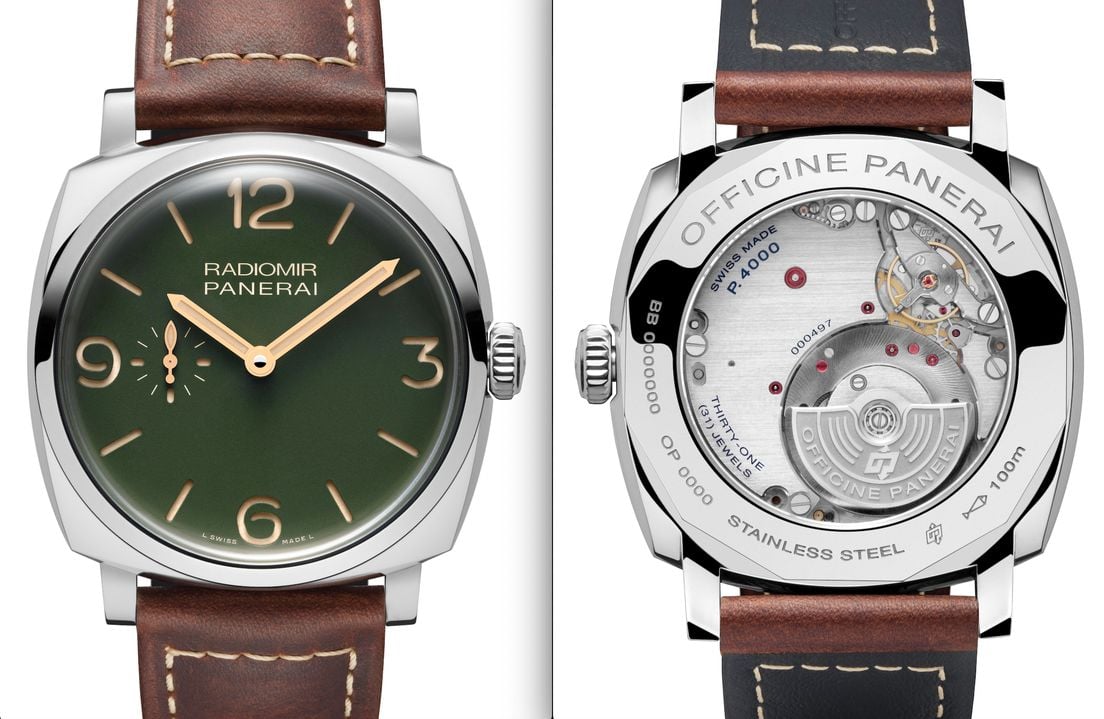 The 45mm PAM999 moves up to $12,200 and gets the caliber P. 4002, which also offers GMT functionality, but brings its power reserve indicator to the dial side of the timepiece. And finally the PAM997, priced at $13,300 and sized at 48mm, is the big bad wolf among them. It features a matte black ceramic sandblasted case which gives it a stealth ops vibe that is well suited to the model’s heritage. 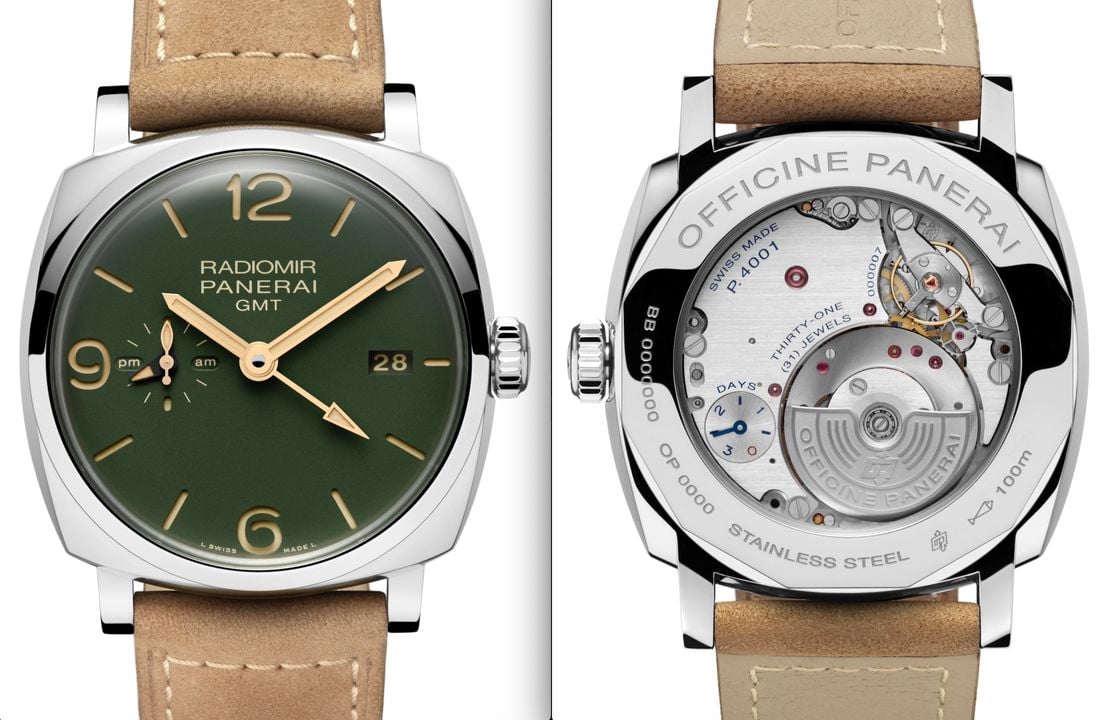 There is no power reserve indicator on the PAM997; however it offers a cleaner dial in the style of the PAM995. And while the other models come on brown or tan leather straps, the PAM997 sits on a black “Ponte Vecchio” calf leather strap, named in homage to the famous landmark in Florence, where Panerai was founded in 1860. 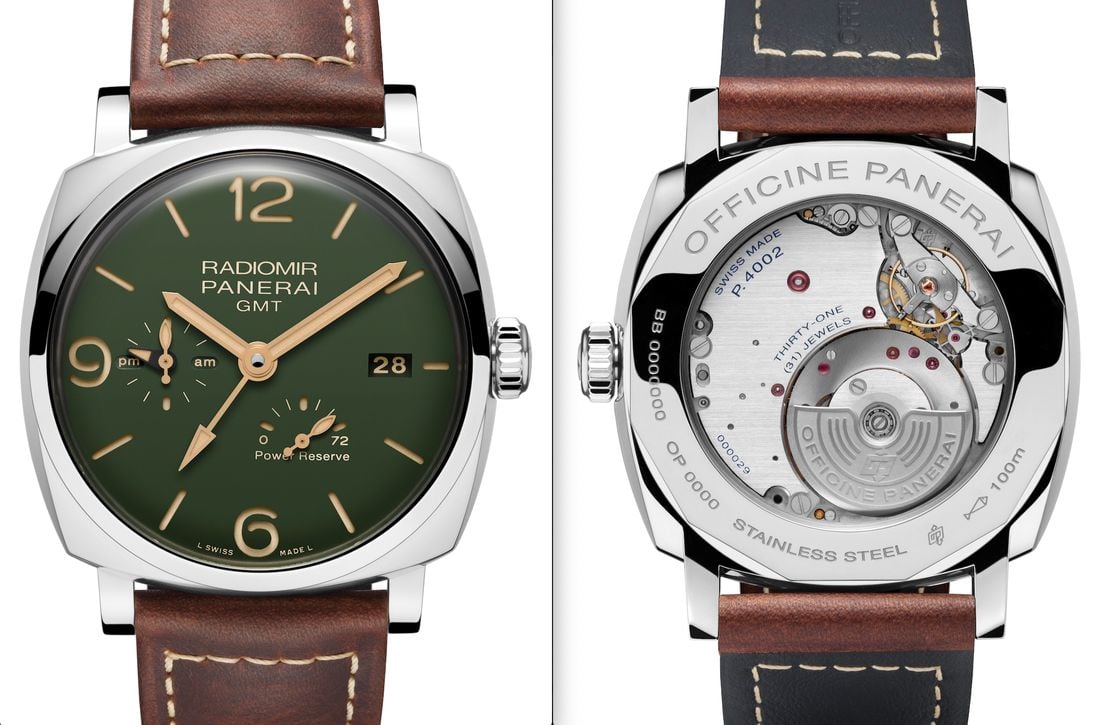 All of the watches are water-resistant to 10 bar (a depth of 100 meters) and come presented in satin-finished green cherry wood boxes (along with spare straps) that are lined in green leather, in a nod to the dials. We’re not sure if these watches will win over any diehard Luminor fans, but they may just attract some new dive watch enthusiasts to the ranks of the Paneristi. 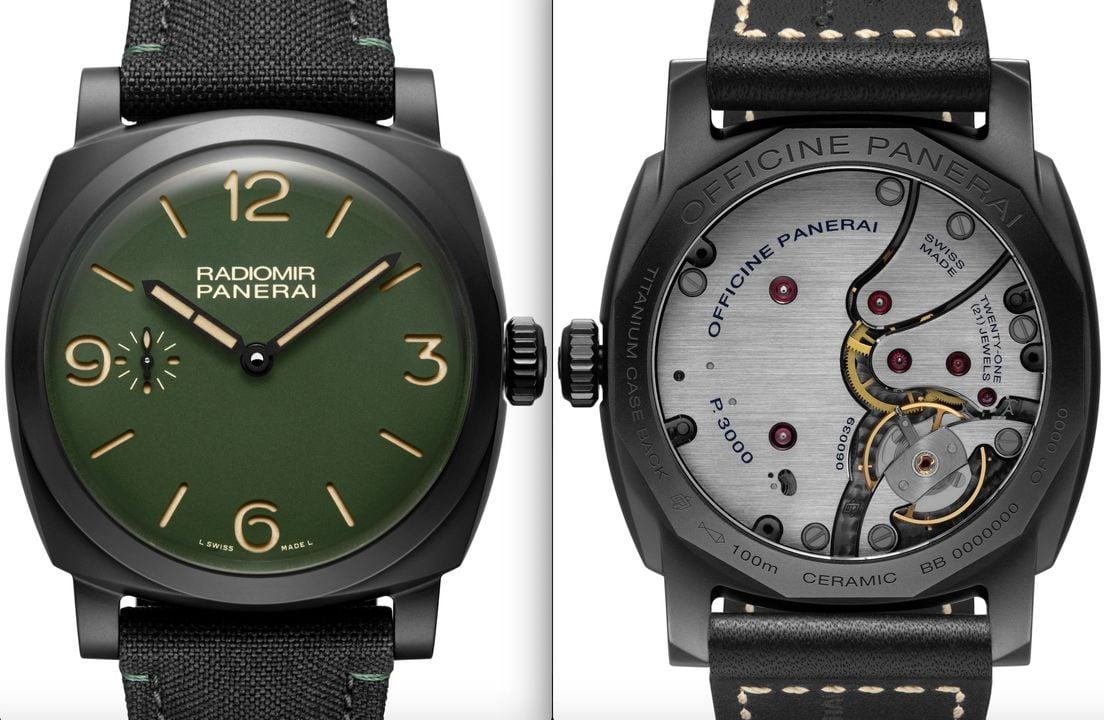