Mens Luxury Watches: The Best for Everyday Use

As just about the only item of jewelry that men wear on an everyday basis, the watch you choose has a lot of heavy lifting to do when it comes to displaying individual personality. When it comes to mens luxury watches, obviously a smartwatch isn’t going to cut it in the long run. As impressive as their electronics undoubtedly are, in terms of style they are anything but timeless. Additionally, not only are they not made to last, but like all computers, they essentially have built-in obsolescence.

No, for something that both exhibits character and carries on doing so for a lifetime, a high-quality luxury mechanical watch is the only option. But which is the best choice as a daily companion? It needs to be versatile in its looks, able to go from the office to cocktail bar without missing a step, and also be able to handle whatever activity the weekend may bring. As well as that, it needs to be robust enough to shrug off the occasional unavoidable knock.

Fortunately, there are ample options from some of the industry’s biggest players when it comes to go-anywhere do-anything watches, and they come in at a range of price points to suit any budget. Below we have picked out some of our best mens luxury watches for everyday use. 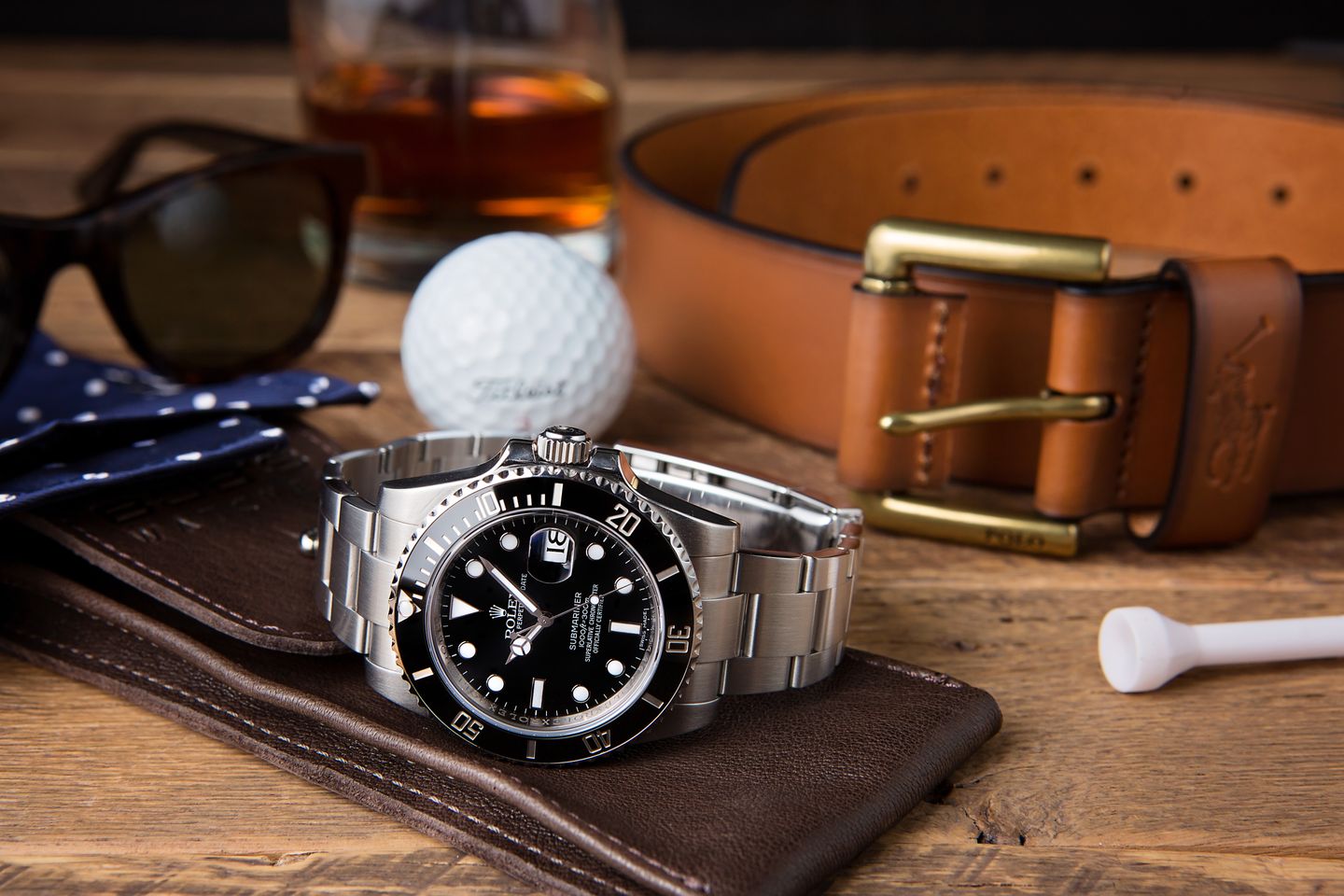 What are the best mens luxury watches for everyday wear and use? 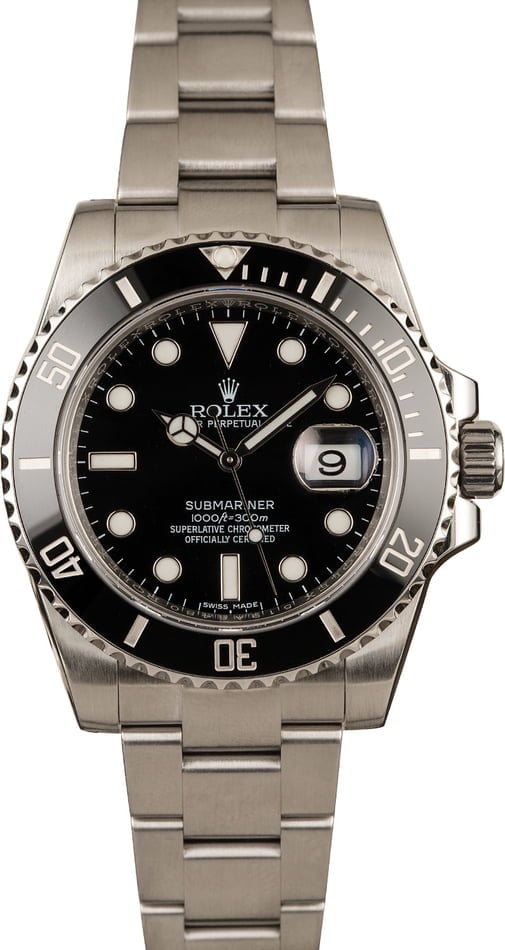 The Rolex Submariner is one of the all-time best mens luxury watches for everyday use.

Once upon a time, the Rolex Submariner was a dive watch. It still is, of course – and arguably one of the best of all time, but these days most never actually get used for scuba diving. However, while it may be a rare occurrence to see one underwater, the engineering involved that makes it tough enough to survive a plunge to 1,000ft means that it is happily overqualified to endure the average workday or visit to the beach.

The Submariner has been around since 1953, ever-evolving in technical ability if not in aesthetics, its beautifully utilitarian design emulated endlessly but never bettered. The current range has both date and no-date versions, the former available in several guises including white or yellow gold as well as Rolex’s own gold and steel mix (known as Rolesor), and also issued with a choice of different dial and bezel colors.

But it is the all-stainless steel pieces (the only option for the non-dated model) which make the best choice for everyday wear. Forged from the unbelievably strong 904L grade – or Oystersteel as it’s now officially known – and topped with a Cerachrom bezel, the watch will last just about forever. If you opt for the date version, you even get to choose between the traditional black dial and bezel (again, the only variant for the no-date) or else mix it up with the ‘Hulk’ in all-green. Perhaps the ultimate go-anywhere-do-anything timepiece, you simply can’t go wrong with a Rolex Submariner. 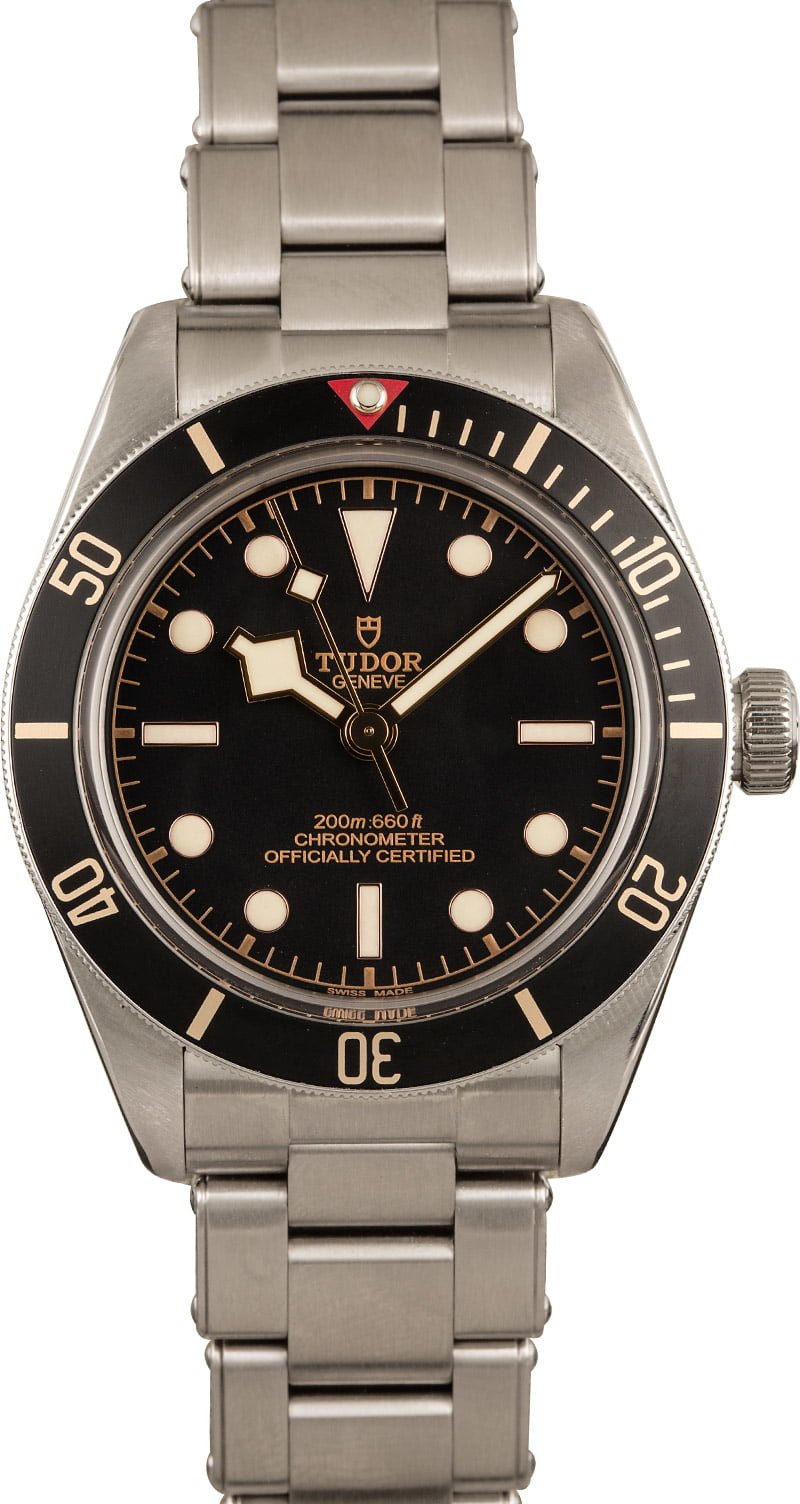 Slightly smaller than the standard version, the Tudor Black Bay Fifty-Eight is one of the most popular mens luxury watches on the market.

Watch brands harking back to former glories with vintage-style reissues is definitely in vogue at the moment, but few do it as well as Tudor. Last year, they launched two stunners into their Black Bay collection which went at least some way in stealing the limelight from their parent company (Rolex) at Baselworld that year. The first, the Heritage GMT, actually drew heavily from Rolex’s GMT-Master, with its blue and red Pepsi bezel. However, the other was a gloriously nostalgic take on Tudor’s own Submariner ref. 7924 from the 1950s, called the Black Bay Fifty-Eight – a 200m dive model with retro touches in all the right places.

The stainless steel case comes with an oversized crown and no guards (which is as it should be for a vintage-inspired piece), as well as warm ‘gilt’ detailing on the matt black dial. The aluminum bezel insert also has gold numerals and is finished with the traditional red triangle at the top. The hands are Tudor’s Snowflake style, which if you want to be pedantic about it, weren’t introduced until the 60s; however, it really doesn’t detract from the overall effect. Likewise with the crystal, which is domed sapphire rather than acrylic like on the initial pieces. It is these slight deviations from the original that allow the Black Bay Fifty-Eight to be a vintage-inspired heritage piece rather than an outright reissue of the original watch.

Inside is perhaps the most impressive factor. Where once the biggest difference between Tudor and Rolex was Tudor’s reliance on outsourced movements, lately the brand has been bringing an increasing number of their engines in-house, and the BB58 is powered by the manufacture Tudor Cal. MT5402. At 39mm in diameter and only 11.9mm in height, the watch is certainly vintage sized, and its dimensions make it more comfortable for all-day wear than other models in Tudor’s Heritage collection. What’s more, it gives the perfect classic style without having to break the bank on the highly collectible vintage models. A definite winner. 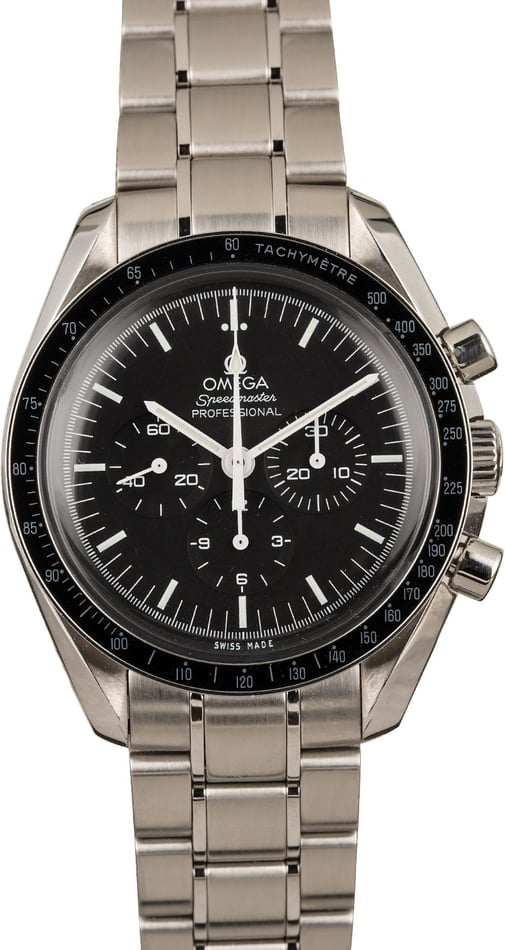 Since 1957, the Omega Speedmaster has been one of the best everyday mens luxury watches.

There are few visuals as widely recognized, and as well-loved, as the Omega Speedmaster. Affectionately known to its army of fans as the Speedy, it did for the chronograph what the Rolex Submariner did for the dive watch – i.e. set the benchmark to which all others aspire.

The ‘Speedmaster’ name dates back to 1957, launched as one-third of a trio of watches which together made up Omega’s Professional Collection. It was the first of its type to place its tachymeter scale on the bezel instead of the dial, giving it legibility like no other – just one of the attributes that brought it to NASA’s attention a few years later when the space agency made it their first-ever officially flight-certified model. Since then, the Omega Speedmaster collection has diversified massively, but it is the Moonwatch, derived from that original historic model that was worn on the moon, which makes the perfect everyday watch.

The current example, the reference 311.30.42.30.01.005, is powered by the manually-wound Caliber 1861 and still uses a Hesilite crystal like the original model. While Omega offers a wide range of options when it comes to Speedmaster watches with automatic movements, what better way to start your day than the tactile pleasure of winding a luxury icon of horology.

As far as looks go, the black dial and bezel with the high contrast white detailing are understated enough to match with anything, and those twisted lyre lugs lend a touch of elegance to the otherwise tool-like shape. With the exception of the Rolex Daytona, for which you will pay a whole lot more, there is possibly no chronograph more revered on the market. And as an everyday companion, it is easily one of the very best.