A common feature of modern chronograph watches is an external bezel that includes a tachymeter. As some of you may already know, it was Omega that introduced this now-familiar design trait with the debut of the Speedmaster in 1957. By moving the tachymeter from the dial to the bezel, the Speedmaster made it easier to read the scale to calculate speed while using the chronograph function. On the occasion of the iconic chronograph’s six decades of existence, Omega released the Speedmaster 60th Anniversary Limited Edition at Baselworld 2017. Let’s take a closer look at this commemorative Omega Speedmaster watch. 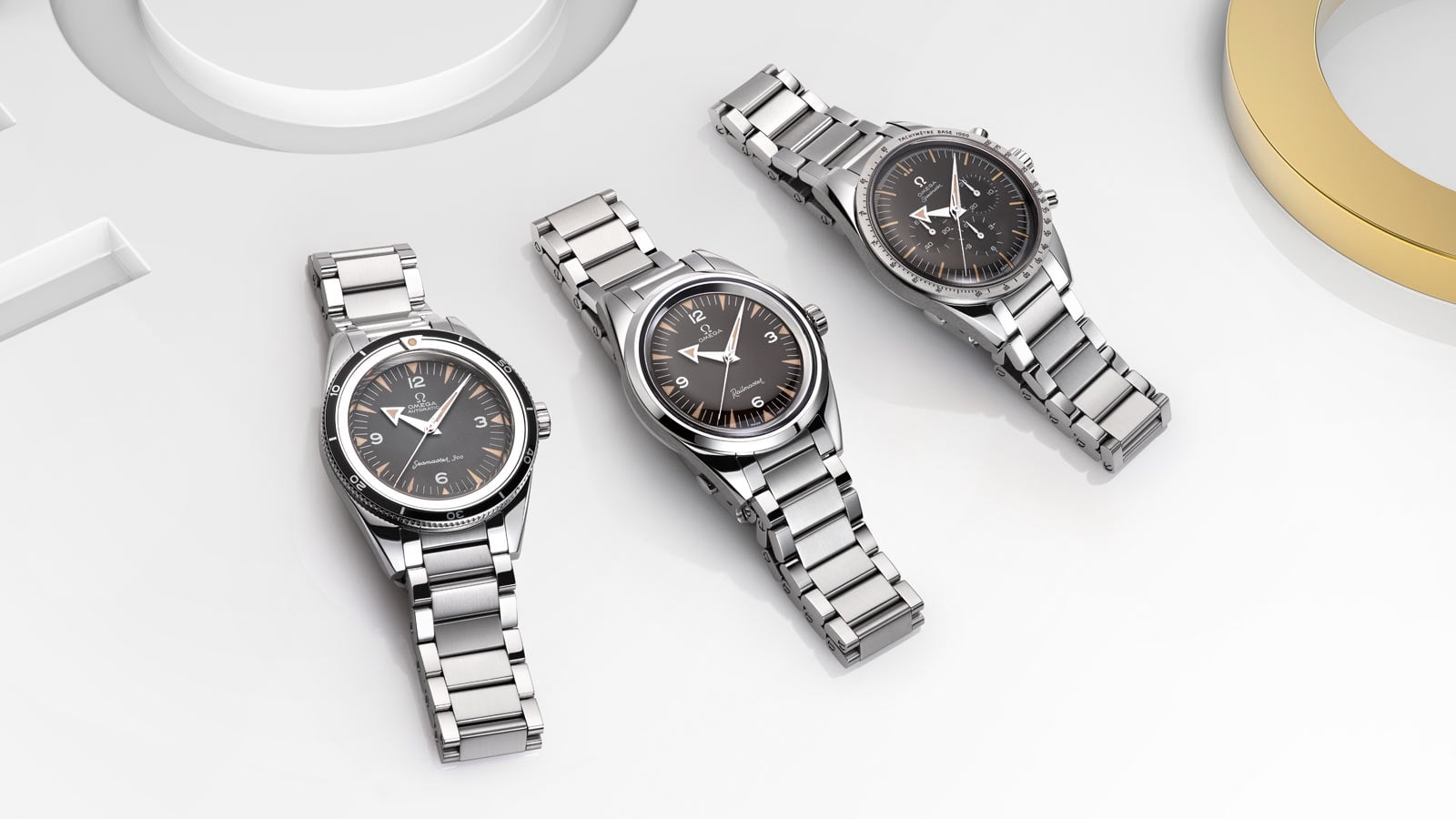 It wasn’t just the Speedmaster that came out in 1957—Omega also unveiled the Railmaster and the Seamaster that very same year. So last year, Omega launched the 1957 Trilogy set comprised of re-editions of the original Speedmaster, Seamaster, and Railmaster watches, which were essentially exact replicas of the models from 1957.

While Omega did offer the set of three watches presented in a Swiss oak box in a limited run of just 557 pieces, the brand did also sell each watch separately. 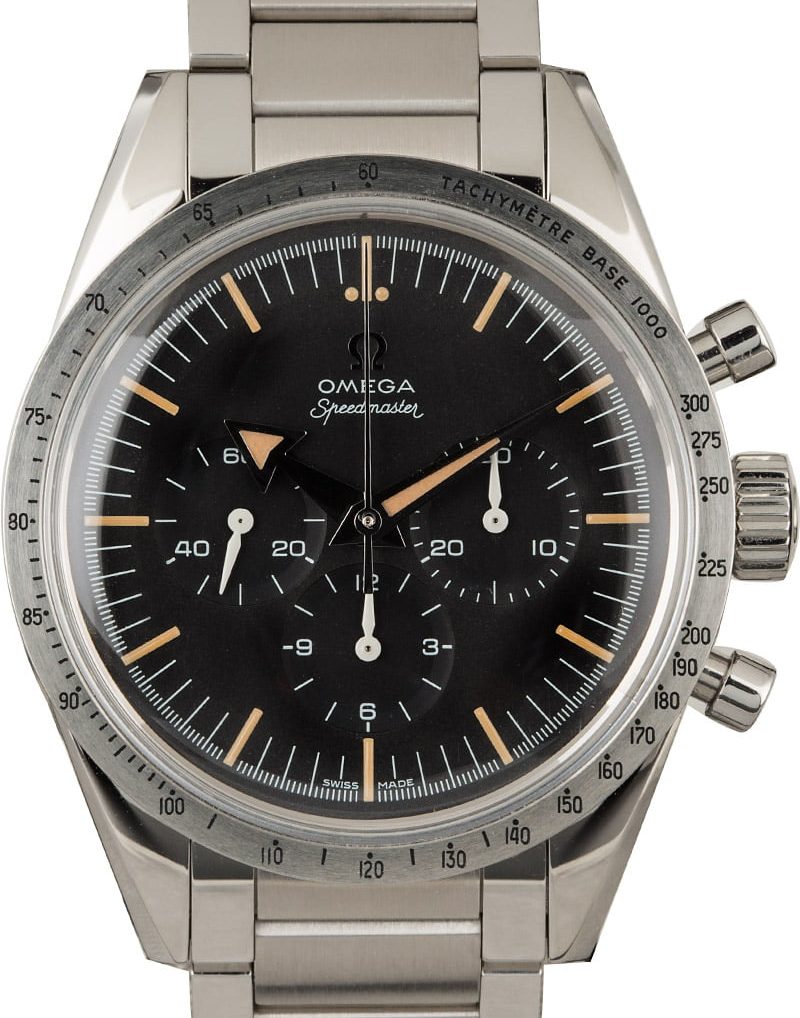 The Omega Speedmaster 60th Anniversary is a limited edition timepiece for those who love the Speedy.

As previously mentioned, Omega loves to create special edition watches like the Speedmaster Ultraman. This time the brand decided to celebrate with an Omega Speedmaster 60th Anniversary Limited Edition (ref. 311.10.39.30.01.001). The watch is pretty much a reissue of the inaugural Speedmaster CK2915-1 from 1957, from its case size to its dial style to its innovative tachymeter-engraved steel bezel.

The tribute Omega Speedmaster sports a stainless steel case measuring a period-correct 38.6 mm in diameter, complete with straight lugs. Look closely at the stainless steel bezel and you’ll note that Omega even included the French word “tachymètre” on the scale like the maiden model.

The case houses a dial based on the original “Broad Arrow” design, characterized by arrow-shaped center hands. Plus, to mimic the look of a typical vintage watch, the Speedmaster includes a slight tropicalization of the black background along with patina-inspired colored SuperLumiNova. There is also the old-school applied Omega logo along with the Omega Speedmaster signature in the original font. Naturally, protecting the face of the watch is Hesalite crystal instead of contemporary sapphire.

Although Omega did keep the fundamental design components of the very first Speedmaster, they did add some necessary upgrades too. First, there’s the bracelet, which includes a similar look as the vintage model that the watch is designed after, including the retro-style OMEGA logo on the clasp, but it is thicker and sturdier to match today’s expectations. What’s more, powering the watch is not the original Caliber 321 but rather, its modern descendent, the manual-wound Caliber 1861 mechanical movement with a 48-power reserve.

Limited to just 3,557 pieces, the Speedmaster 60th Anniversary is an absolute must-have for Omega enthusiasts. With this piece in your watch collection, #SpeedyTuesdays will never be the same!