Breitling is taking a break from focusing on its cadre of actors and athletes to go old-school with a new golf brand ambassador, American Gary Woodland, who won the U.S. Open this year. And it seems Breitling might have gotten the idea from a blog post pointing out that Woodland had no endorsement deal at the time of his win earlier this summer. 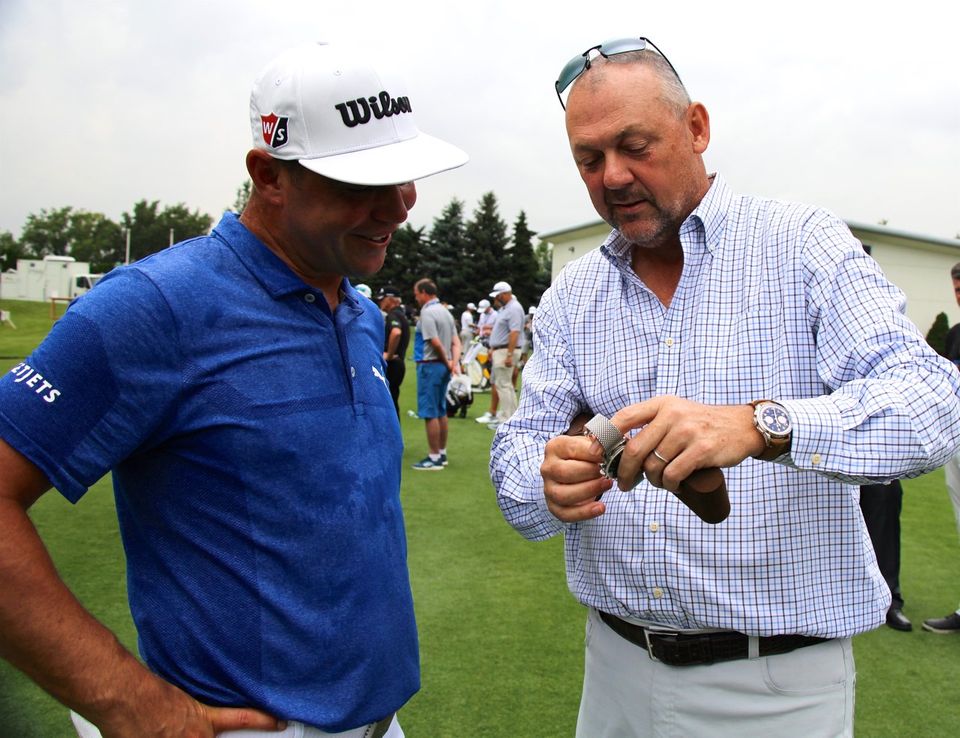 Breitling has just made professional golfer Gary Woodland an official “Friend of the Brand.” (Image: Breitling)

No Watch Sponsor at the U.S. Open

Golf WRX pointed out that Woodland was not wearing a watch when he hoisted the iconic trophy at Pebble Beach; the top-tier tournament is of course a Rolex sponsored event, but Woodland’s surprise win – it was his first major title – seems to have caught the legendary Swiss brand napping for once. As we reported in June, Rolex brand ambassador and back-to-back defending champion Brooks Koepka was widely expected to win his third straight U.S. Open but was eventually overtaken by Woodland. 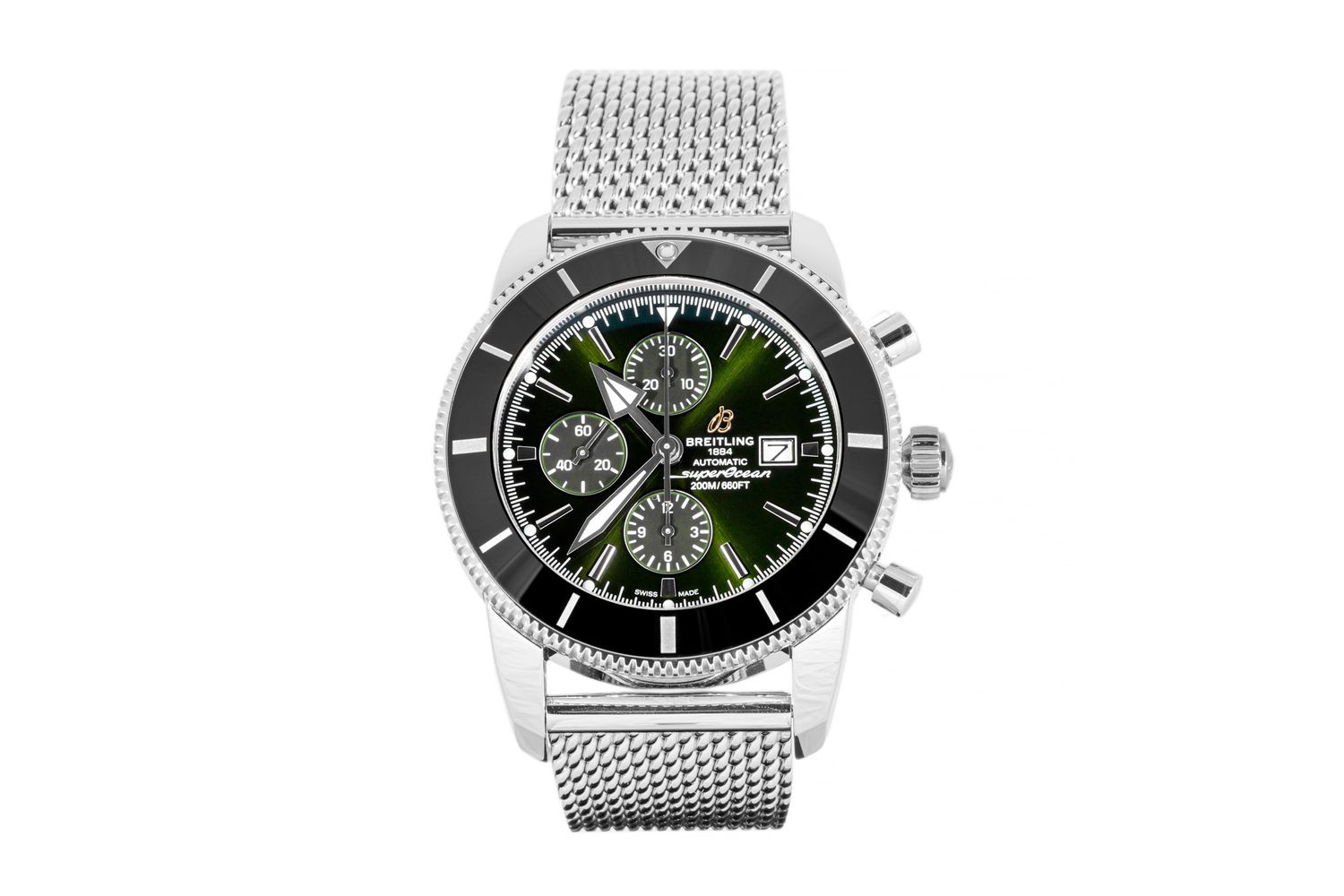 Breitling quickly rushed in to sign the newly-minted champ, whom as Golf WRX noted was already a Breitling owner; the only watch they’d ever seen a photograph of him wearing was a Navitimer Chronograph GMT. Woodland is now an official “Friend of the Brand,” and to mark the occasion Breitling USA President Thierry Prissert has presented him with a Breitling Superocean Heritage II Chronograph 46 USA Limited Edition, no. 119 of only 200 made.

A nice enough watch, with a natty green dial and a $6,940 pricetag, but nothing too spectacular in our opinion. At least they went to the trouble of engraving Woodland’s name and “2019 U.S. Open Champion” on the caseback. The Heritage II pays homage to a vintage Breitling Superocean model from 1957. Woodland, 35, didn’t exactly come out of nowhere, of course; but prior to this, since turning pro in 2007, he had scored only fix victories, two on the Nationwide Tour and three on the PGA Tour. 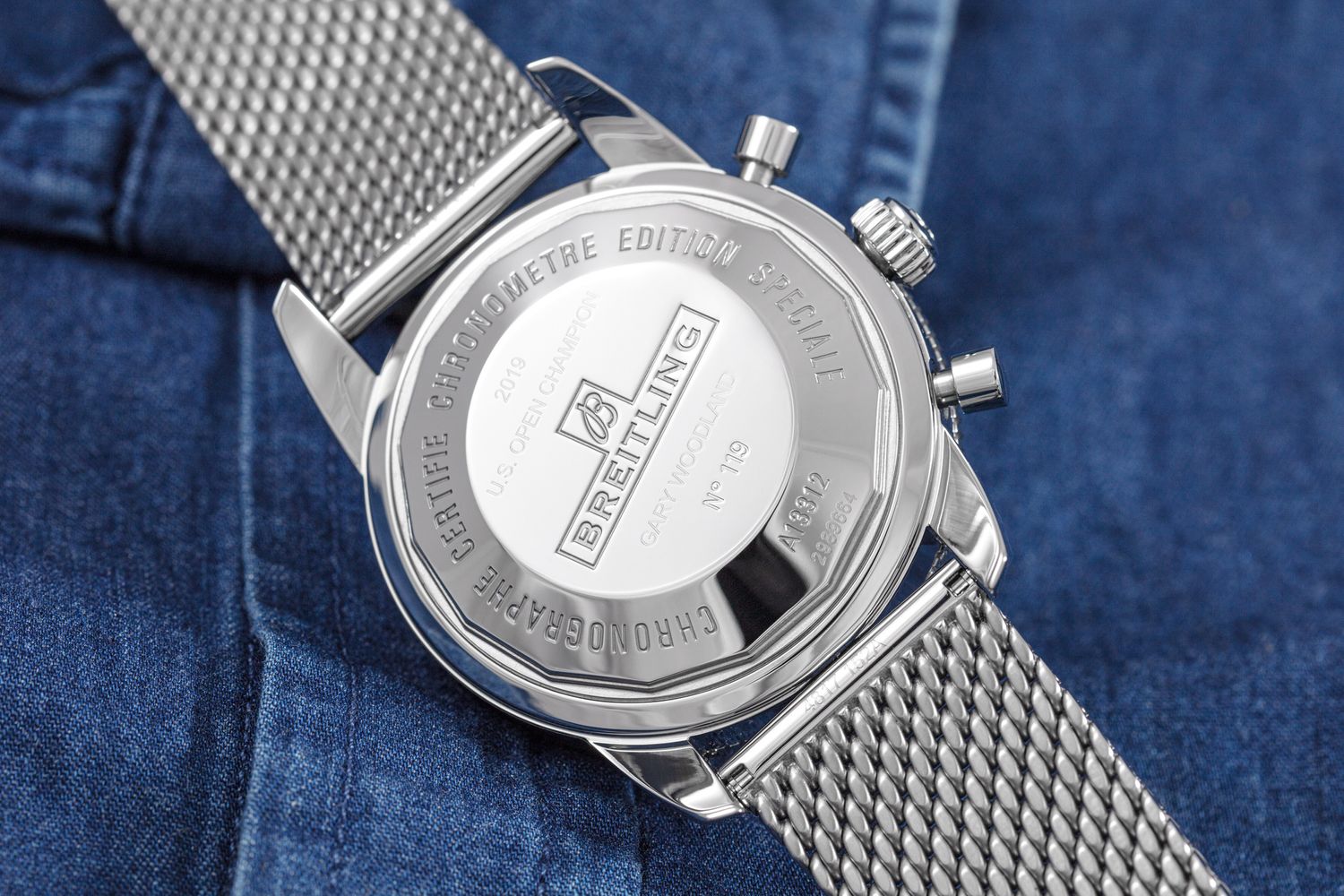 The caseback of the watch has both Woodland’s name and “2019 U.S. Open Champion” engraved on it. (Image: Breitling)

“We are excited to welcome Gary to the Breitling Squad,” Prissert said in a statement, seeming to indicate that Woodland could be the first member of a Breitling Golf Squad to match its Surfer Squad, Cinema Squad and Jet Squads – part of its much-publicized Squad initiative. “He embodies the vibrant values of Breitling including action, purpose, style and performance.”

Woodland added, “I have been a huge fan of the brand for many years now and it is a dream to now be part of the Breitling family. To receive such a special watch in celebration of my recent victory at the U.S. Open was such an honor.” Now we’ll just have to wait and see if Woodland goes on to wipe the floor – sorry, the green – with more Rolex Testimonees and ends up making this a very smart move on Breitling’s part. 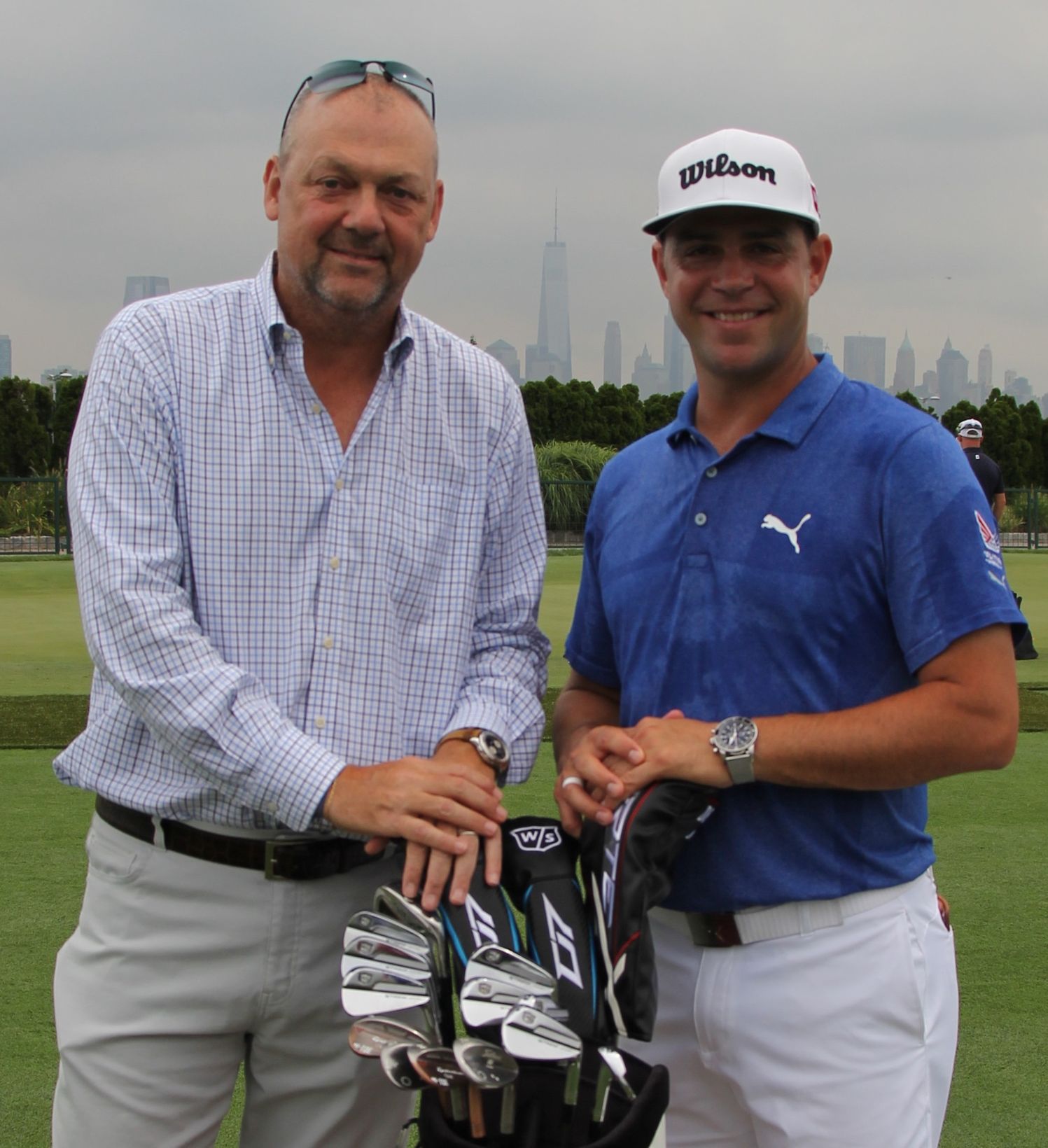