As we noted just the other day, Daniel Craig sported a rose gold “semi-vintage” Omega Speedmaster Automatic Triple Calendar Chronograph at the 2020 Golden Globes. Admittedly, it went well with his bespoke tuxedo from Savile Row’s Anderson & Sheppard. However, the luxury Swiss manufacturer did miss an opportunity to tease its latest heritage-inspired Speedy by not having him wear the all-new Omega Speedmaster Moonwatch 321 Stainless Steel. 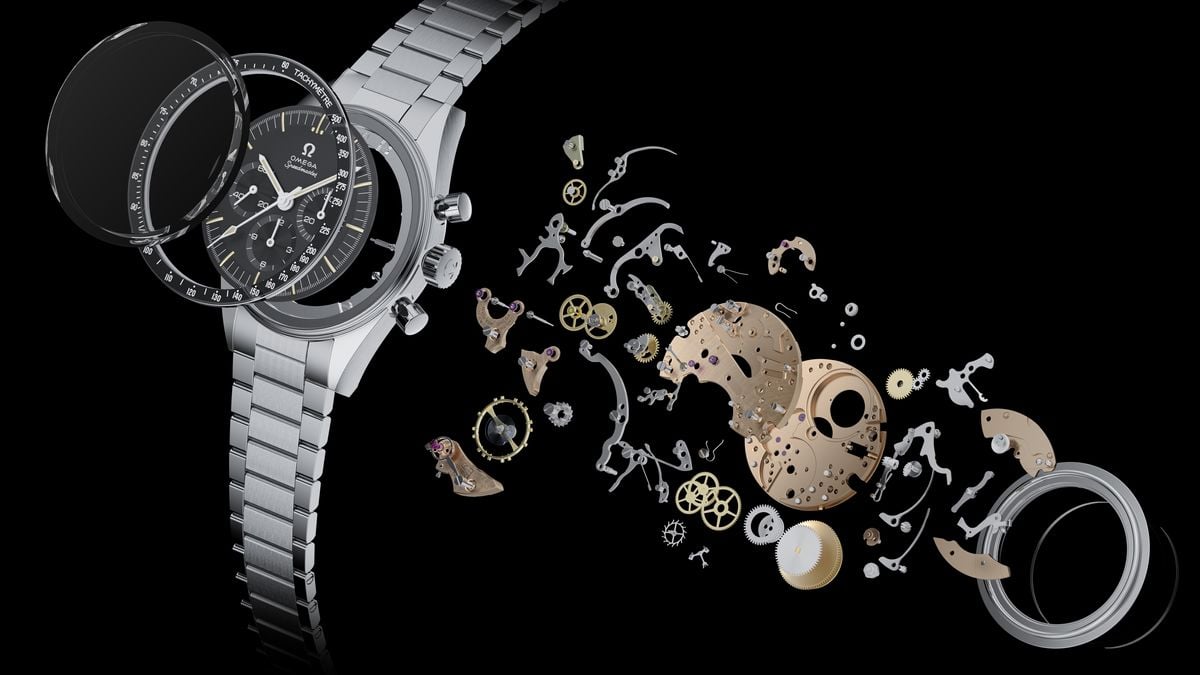 The new watch was inspired by the iconic Speedmaster ST 105.003 that Astronaut Ed White wore in 1965 when he became the first American astronaut to walk in space during the Gemini IV mission. Additionally, the new Omega Speedmaster Moonwatch 321 Stainless Steel is only the second watch to use Omega’s re-issued Calibre 321 movement – the same movement that was fitted to the Speedmaster watches that were worn on the moon. 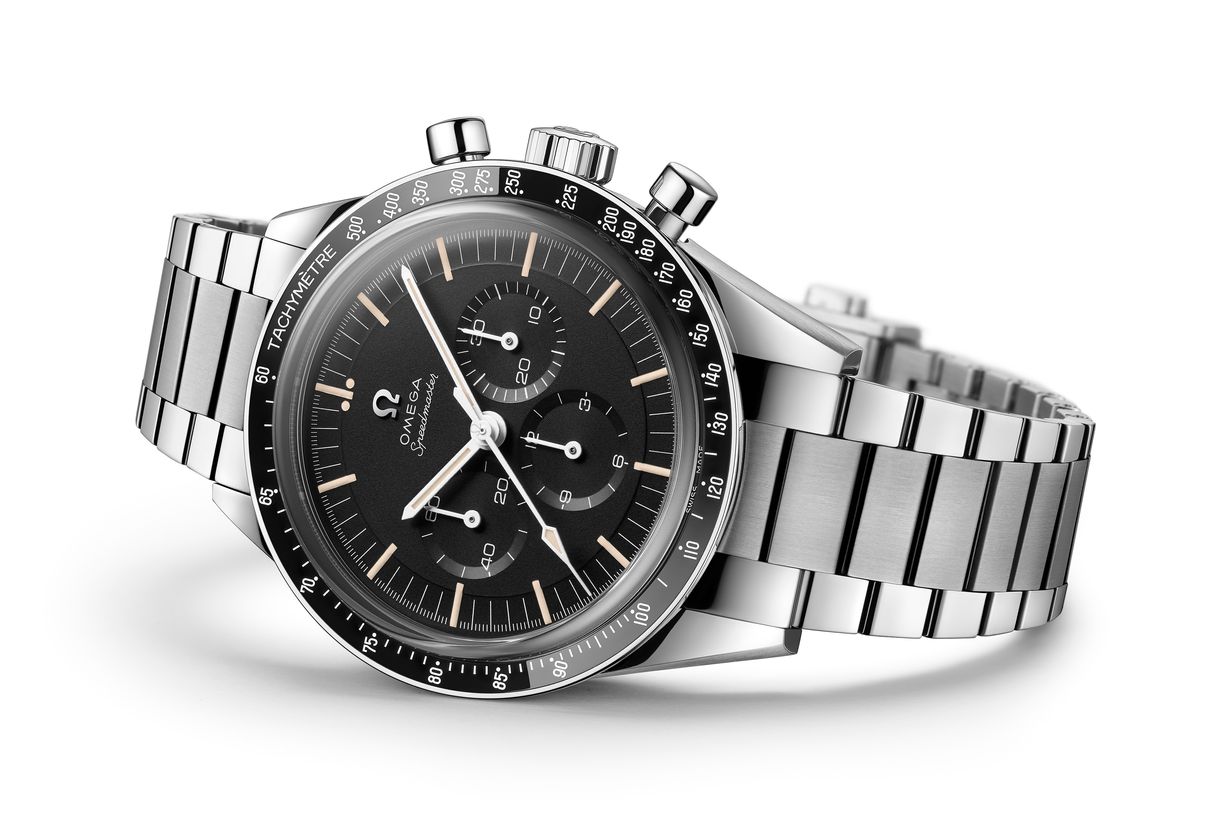 Sized at 39.7mm, it’s slightly more subtle than the 42mm ‘Professional’ Speedys that are most popular in the current collection. Featuring a black step dial with a vintage-style applied Omega logo and the famed “Dot over Ninety” bezel the new Speedmaster Moonwatch 321 Stainless Steel is a thorough nod to the version worn by Ed White.

However, despite its vintage inspiration, the new Omega Speedmaster Moonwatch 321 Stainless Steel offers some modern updates and improvements. Unlike the original ‘Ed White’ version, the new stainless steel Speedmaster 321 features a polished black ceramic bezel with a tachymeter scale in white enamel, and a sapphire crystal caseback allowing the famed Cal. 321 to be admired in all its glory. 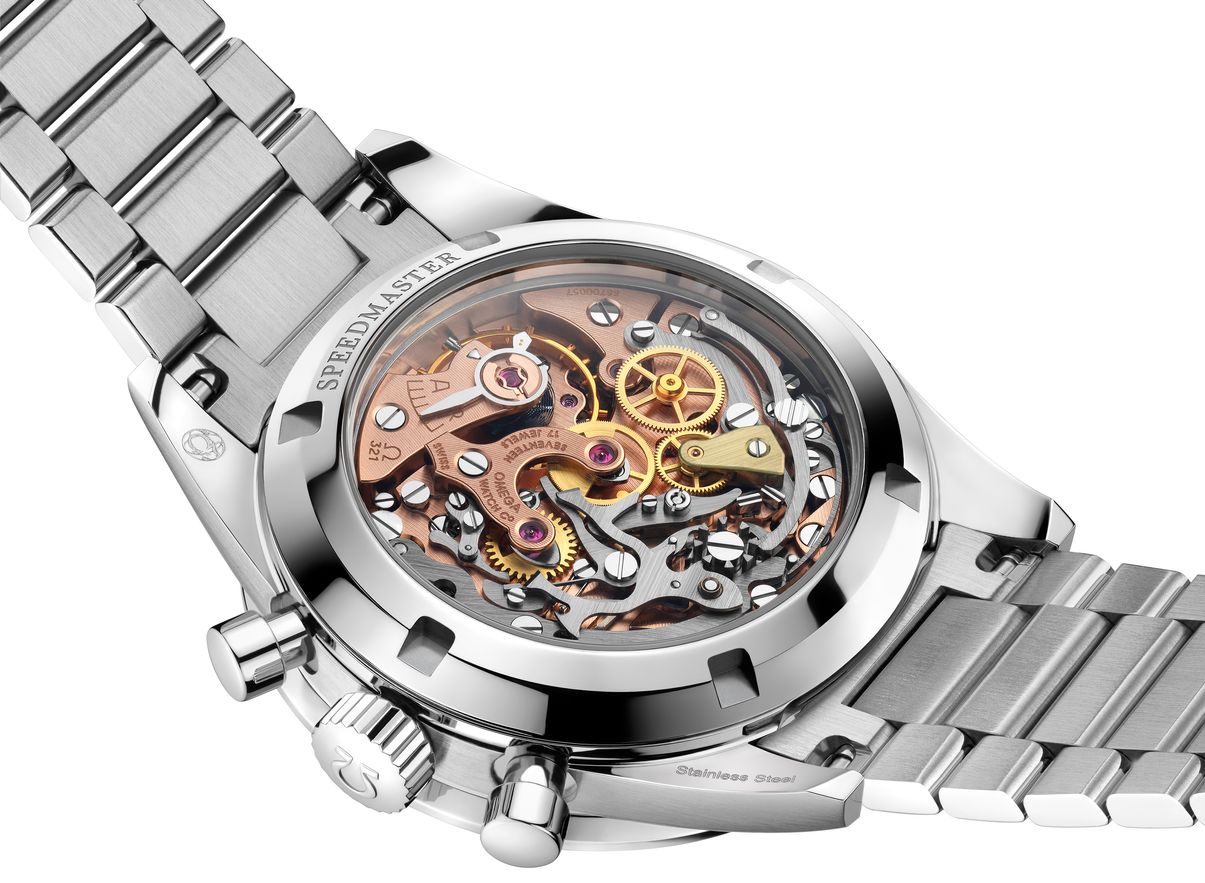 A few years after it accompanied Ed White on his historic spacewalk, the Calibre 321 movement powered the Speedmaster ST 105.012 when it became the first watch worn on the Moon in 1969. Early last year, Omega announced that it had plans to revive the fabled and long-discontinued 321 movement, painstakingly recreating its original specifications.

Each Cal. 321 movement is produced entirely in-house by a single Omega watchmaker, and with an official retail price of $14,100, this is arguably the most premium rendition of the classic Speedmaster Moonwatch that has ever been offered in stainless steel. The 321 movement was originally re-released in a platinum version of the Moonwatch for the 50th anniversary of the Apollo 11 moon landing, and this new steel timepiece is the model that Speedmaster fans have been waiting for since last year.

* All images courtesy of Omega watches. 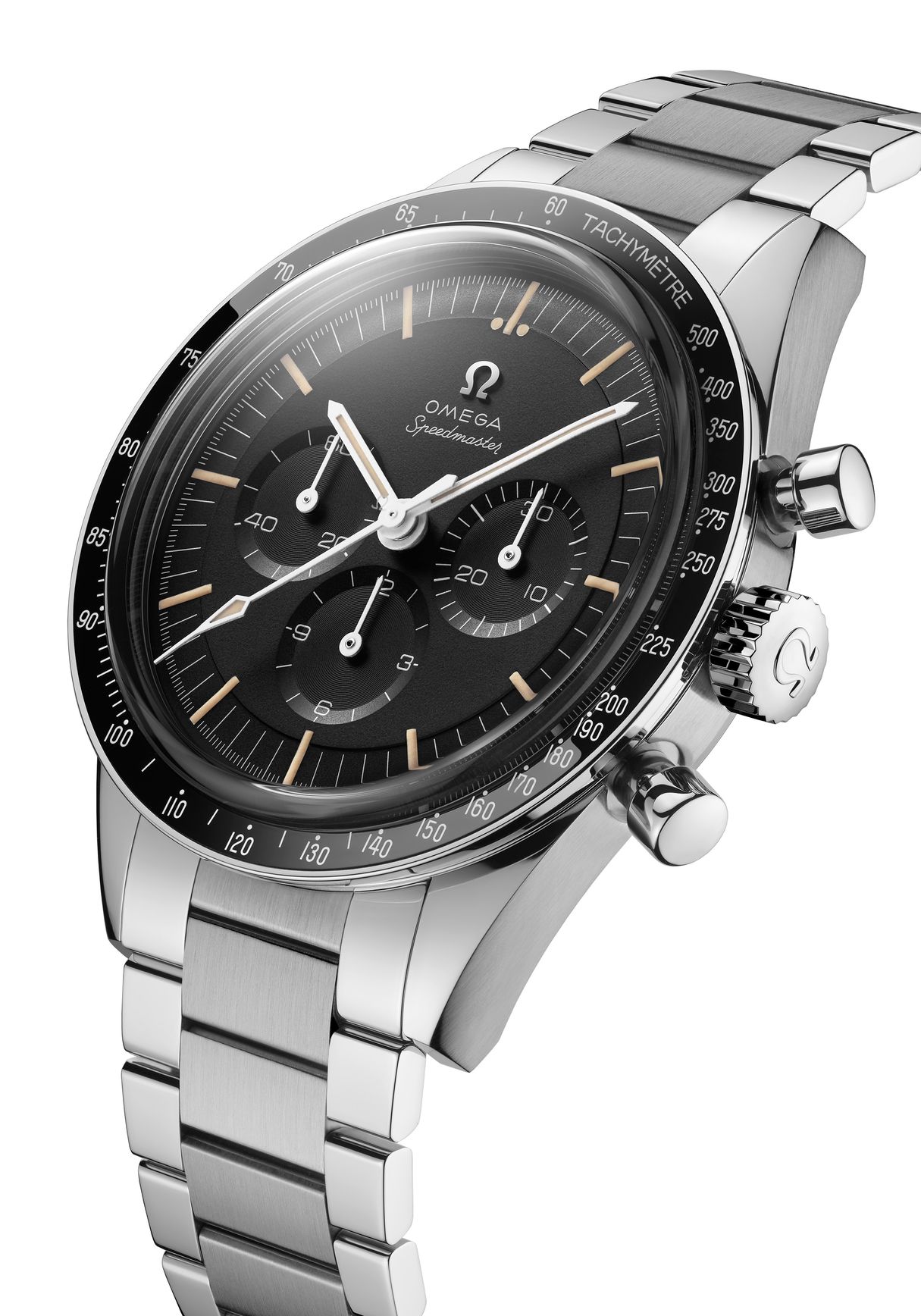