While the industry overall is still trending towards more compact watch case sizes, for some the mantra of ‘go big or go home’ still rings true when it comes to selecting a watch. Whether on account of simply having larger-than-average wrists, or rather an appreciation for chunky watches that have big and bold character, there’s nothing wrong with defying the mainstream purview. Thankfully, a number of brands are still in the business of building big bold badassery, and of the pack, Panerai is a clear frontrunner.

Since the brand’s modern rebirth in 1993, there have been tons of different references to hit the market that satisfy the demand for larger watches, with the majority coming in at case sizes of 44mm and above. Today we’re going to have a skim through some of our listings both past and present, highlighting some of the more interesting Panerai watches that have come through our doors with larger-than-standard case dimensions. 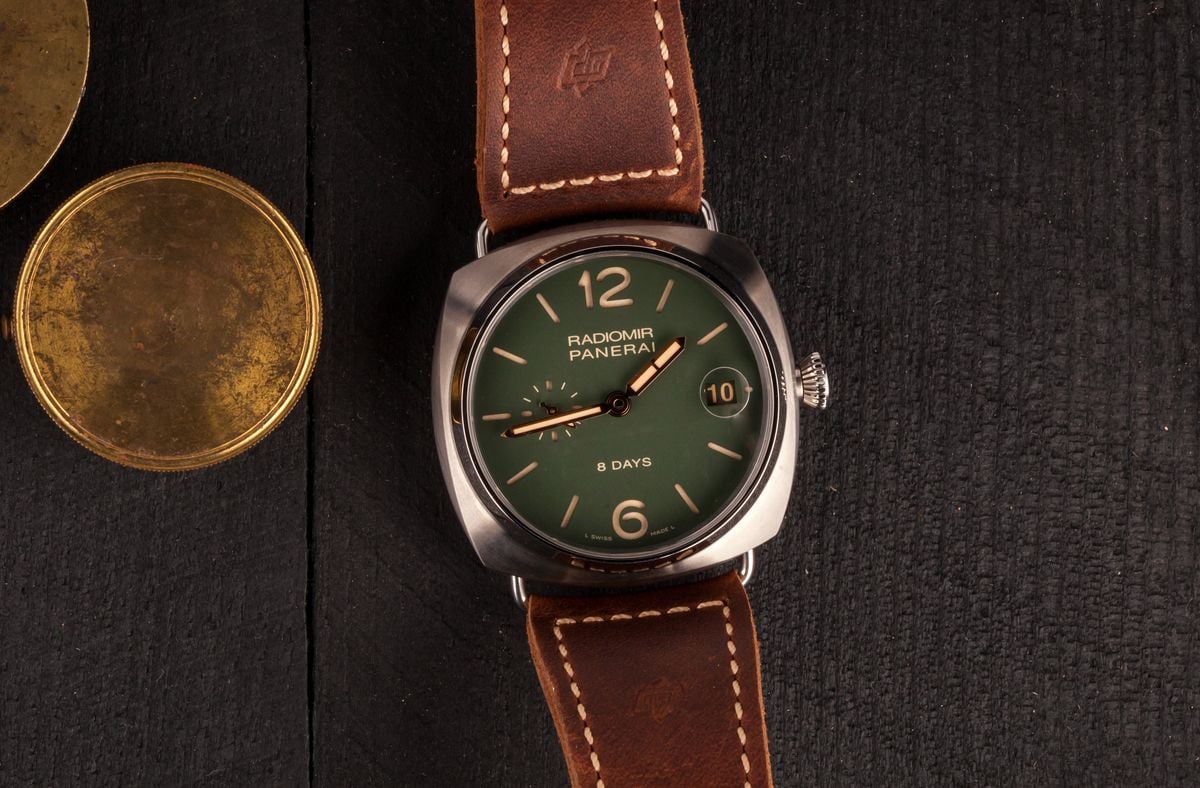 Panerai is best known for its large, over-sized watches. 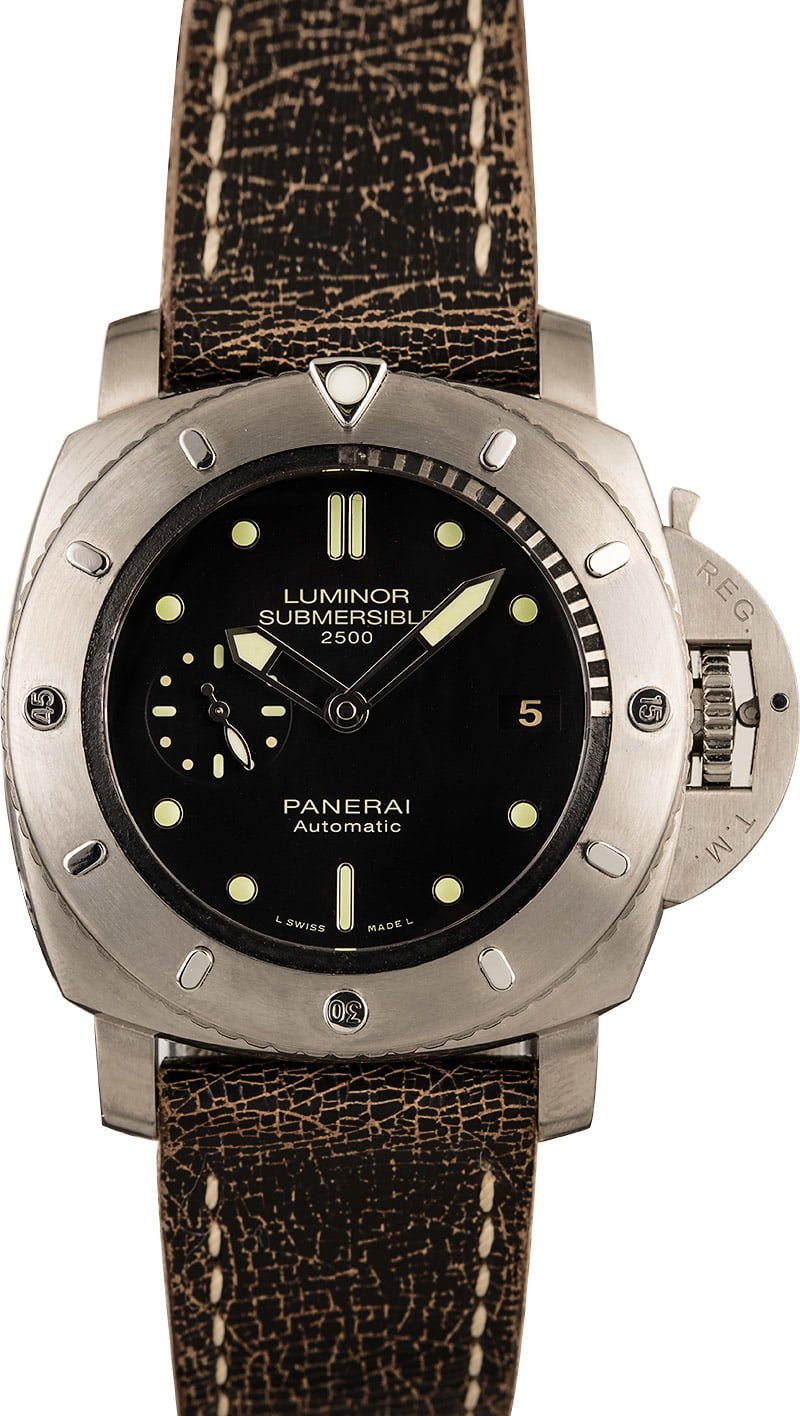 Up until a couple of years ago when Panerai decided to start making 42mm versions of the Luminor Submersible, variants of the model were effectively considered the biggest and most indestructible among the brand’s extensive lineup. The PAM364 is a prime example of the model, feeling oversized in just about every direction. It measures 47mm across and is powered by the brand’s P.9000 automatic movement. Using two mainspring barrels, the P.9000 is good for a power reserve of 3 days, and includes a date complication, as well as running seconds displayed in a subdial at 9 o’clock.

What’s more impressive about this Submersible than its size is its water-resistance – as the model is rated to a whopping 2,500m. Of course, this kind of depth is just for show, but that’s one of the benefits of larger casings such as this; using more metal means an easier ability to ramp up its water resistance (well beyond the range of any human diver). Though large, the use of titanium for its case means it’s not going to be brutally hefty on the wrist – something that can’t be said about the bronze version. 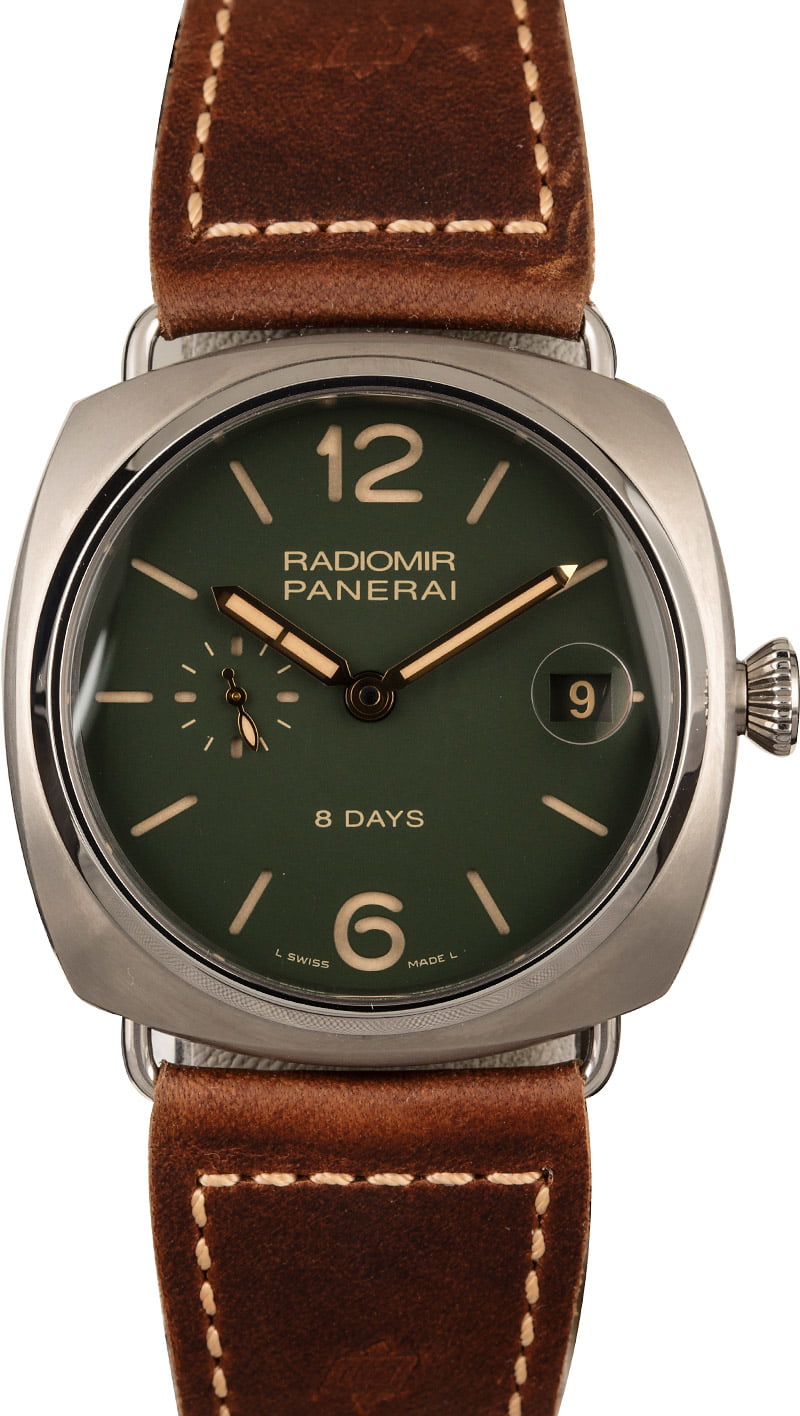 Sticking with titanium, this time we turn to the Radiomir, Panerai’s other instantly recognizable model. While most Radiomir models tap out at 45mm, their flat cushion cases and wire lugs make these pieces feel quite substantial when strapped on the wrist. The PAM735 was a new limited-edition addition to their collection in 2017 that arrived alongside two other military green dialed models. As its name suggests, the manually wound model boasts an 8-day power reserve, delivered by its P.2002/9 caliber. It uses the classic ‘sandwich dial’ configuration often seen from Panerai, with a subtle cream faux patina color for the luminous material on its hands and indices.

The brand was an earlier adopter of green dials, which have become vastly more prevalent throughout the industry within the last three years. Of course, Panerai was well ahead of the trend curve back in 2011, when they released their first Bronzo (also sporting a green dial). This recent green-dial Radiomir release was limited to just 250 pieces worldwide. 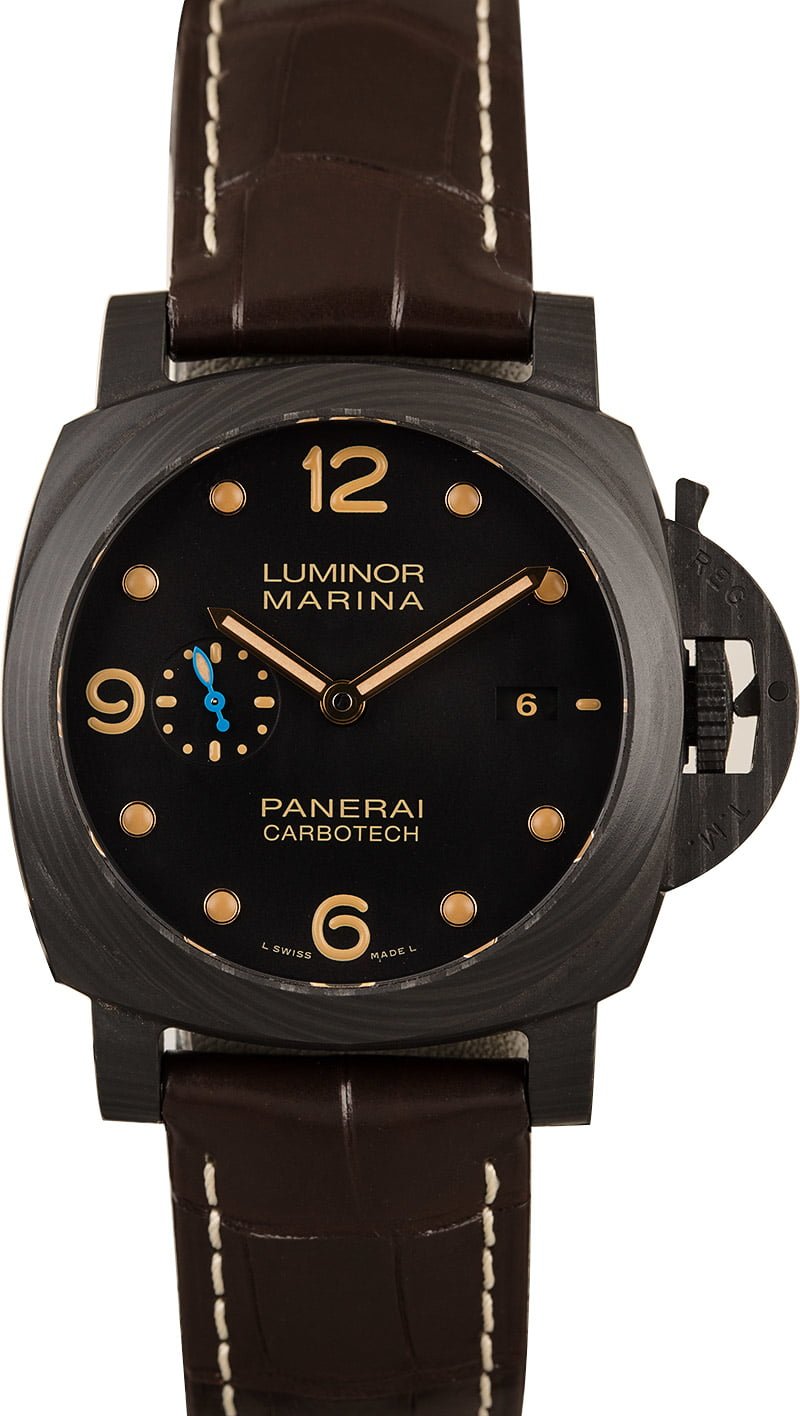 Easily the smallest and lightest of our three selections. The Panerai Luminor 1950 Carbotech PAM661 is by no means a compact watch. The lightweight piece measures 44mm across, and is also a release that appeared in 2017; it seems this was a particularly strong year for the brand overall. Unlike the PAM735, the 44mm Carbotech model is still part of the brand’s current collection. Carbotech models are a part of the Panerai’s foray into working with variations of carbon fiber for their cases – something that fits with the brand’s DNA quite well.

Aesthetically, Carbotech seems like a natural fit when used to make the traditional Luminor case, and given the substantive size of many Panerai models, having a case material available that is even lighter than titanium is a good advantage to have. While many still like these large case dimensions, being able to lighten the physical load on your wrist is something that is appreciated by many.