Just what does an 18 million dollar watch look like? When it comes to buying a high-end timepiece, Floyd Mayweather doesn’t just have a killer instinct in the ring, he has it for bling, too. The super featherweight wasn’t holding back any punches when he purchased the Jacob & Co. Billionaire. More than a luxury watch with a diamond dial, the entire piece is iced-out with 260-carats of emerald-cut diamonds, and it only set the boxer back a cool $18-million.

That multi-million dollar price tag is certainly just chump-change for the boxer. To put his wealth in perspective, in the Mayweather-McGregor fight, he earned $275-million in just 36 minutes. On top of that, Forbes has already named him the top-earning athlete in the world for 2018 (which he’s held for several years, anyway). So this 18 million dollar watch might be just a drop in the bucket for the watch collector.

Now, while we just saw Mayweather flashing this blingy watch on his Instagram a few weeks back, Jacob & Co. introduced the watch at Baselworld 2015. It’s a one-of-a-kind timepiece that Jacob Arabo crafted alongside his other company, Billionaire Lifestyle SARL. “Created as a unique piece, the Billionaire Truly epitomizes the brand’s passion for breaking boundaries,” the site explains. 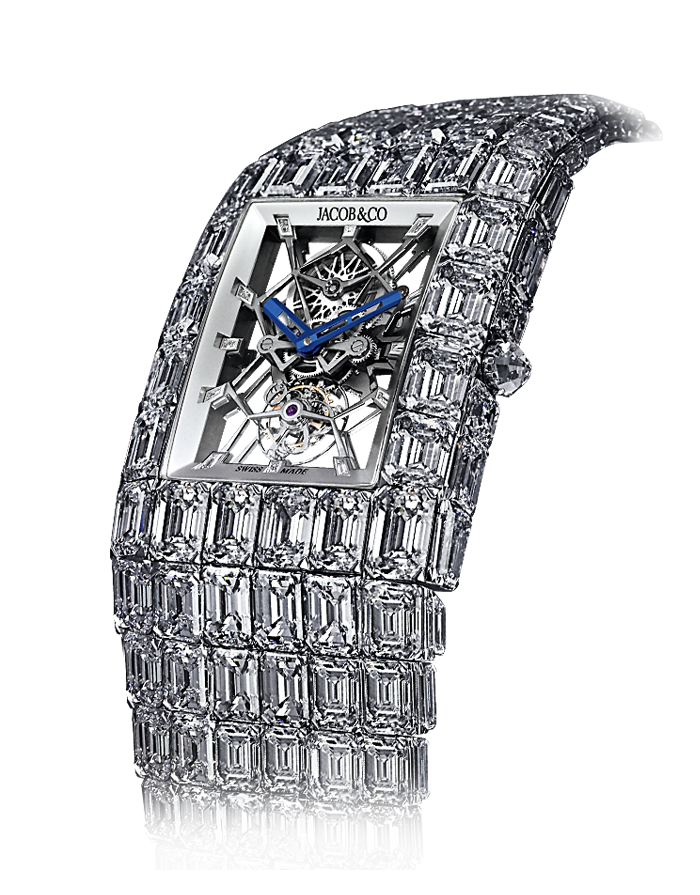 Each of these 260 diamonds is set in an inverted pyramid style – with nearly the entire 18-karat white gold square case and bracelet decked out with diamonds. Some of the individual diamonds weigh us much as 3-carats a pop.

If you can get past the stellar exterior, you’ll notice a highly skeletonized manually-wound JCAM09 caliber inside that diamond-encrusted case. It’s a tourbillon escapement with a 72-hour power reserve that constantly stays in motion on the wrist. Upon closer inspection, you’ll realize that this is the only part of the watch that isn’t decked out in diamonds (other than small hour markers). Instead, the cut away dial with blue-steel hands allows the movement sit on full display and is incredibly elegant. 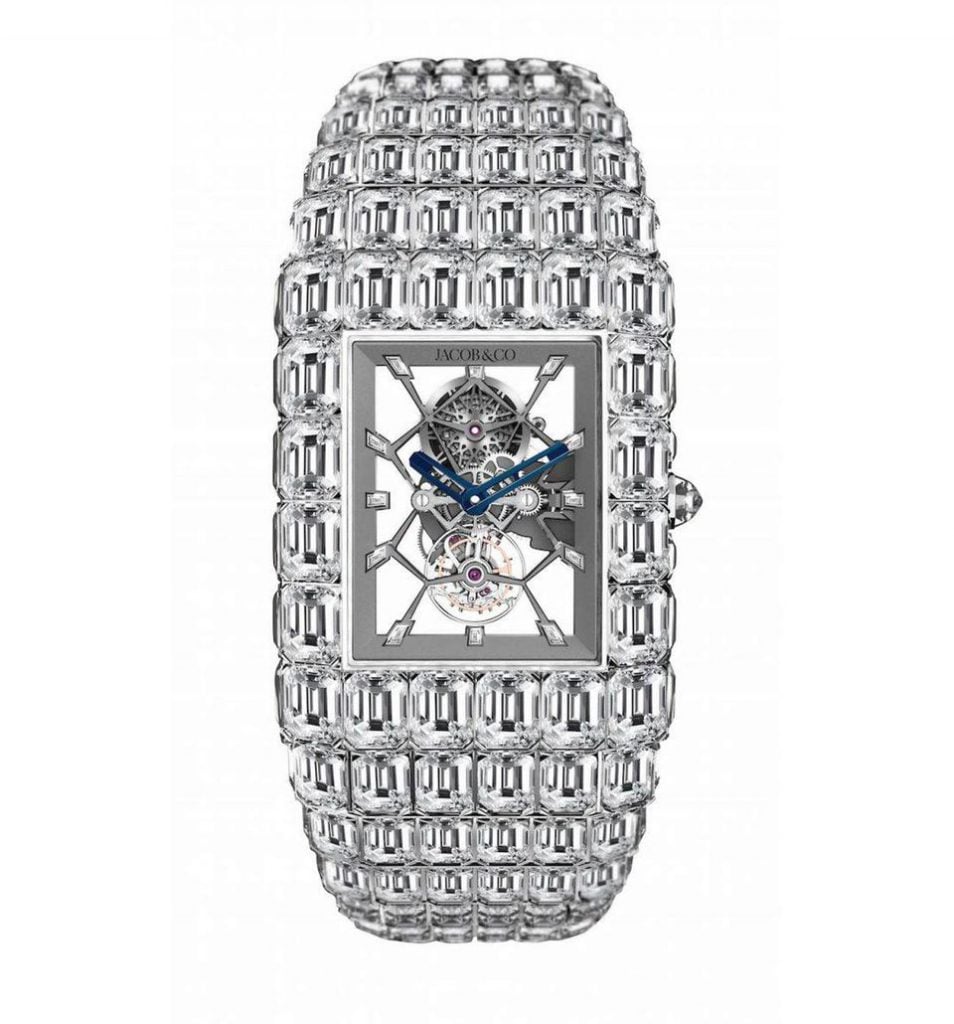 The watch is quite fitting for Mayweather who is known for purchasing and showing off extravagant accessories. But, it does make us wonder who else in the top one-percent would be willing to shell out that kind of cash for such an extravagant timepiece. After all, you could buy a pretty great yacht for that price. What do you think – would you shell out $18-million for one?