Meteorite Dial? How About a Meteorite Case?

After writing books, magazine articles, and reviews about horology on my global website, I decided to create my own unique timepiece. However, unless you are creating a generic style watch with an engraved logo, the process isn’t all that straightforward. Fortunately, a friend who is a renowned jet engineer named Frank Heydrich offered to assist me. As well as working in the aerospace domain, Frank is also an accomplished watchmaker. All his luxury watches are bespoke and his USP (unique selling point) is the meticulously handcrafted meteorite dials. 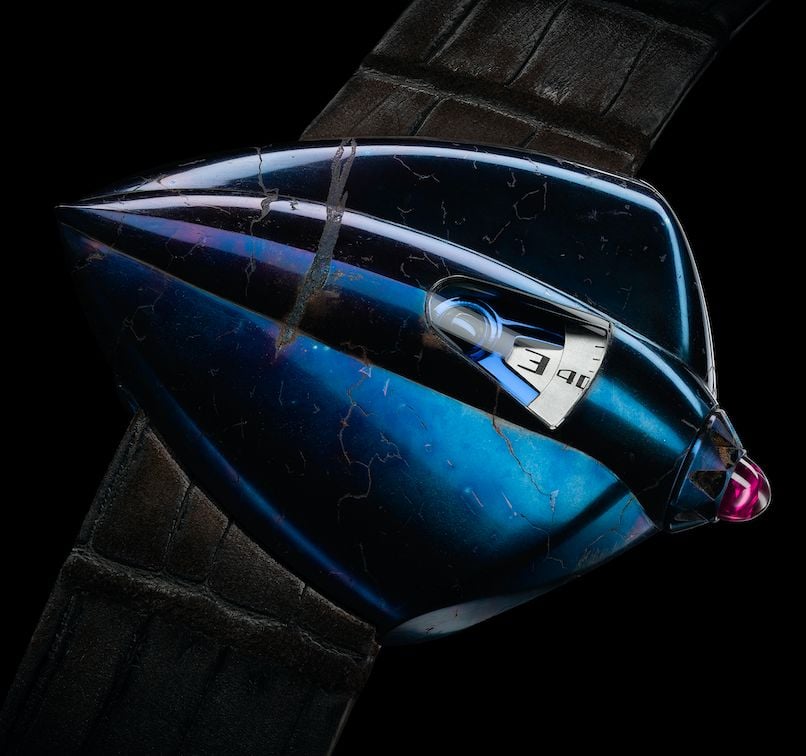 While some watches have a meteorite dial, the De Bethune Dream Watch 5 Meteorite has its entire case constructed from this rare cosmic material. (Image: De Bethune)

This incredible textured material has been used in watches for a number of years, and has recently been becoming increasingly popular throughout the watch industry. A beautiful contemporary example is the new white gold and ceramic “Pepsi” GMT-Master II with meteorite dial, which was just released by Rolex at Baselworld 2019.

Whereas the new Pepsi GMT-Master II is a beautiful and highly versatile sports watch, there are many more radical alternatives available on the market. Probably the best example (in my opinion) is the Dream Watch 5 Meteorite from De Bethune. This one of a kind creation is the vision of brand co-founder David Zanetta, and is based on the innovative polished titanium Dream Watch. However, the meteorite version is larger, bolder and significantly more expensive (around $459,000). 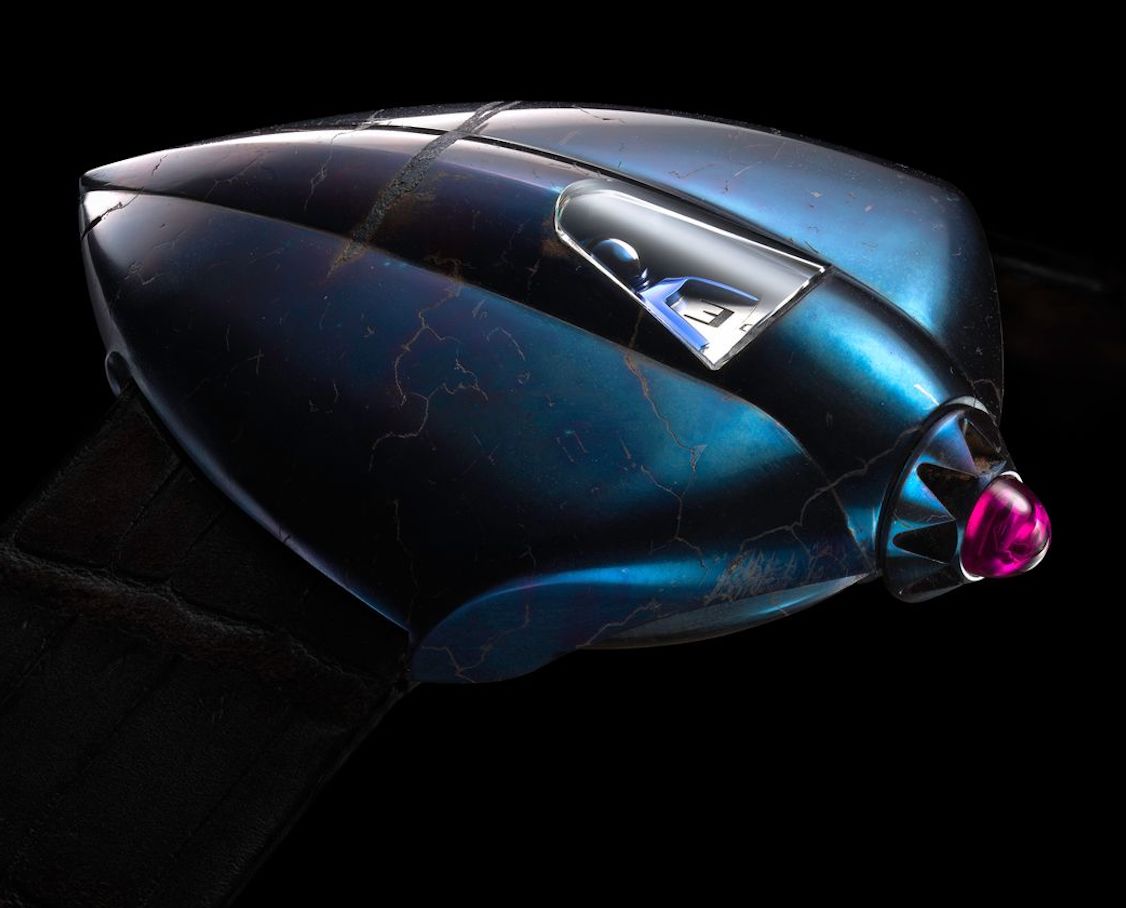 Roughly 3kg of meteorite are used to make the case of this extraordinary timepiece. (Image: De Bethune)

The Dream Watch 5 Meteorite isn’t the first watch to have an entire case constructed from this coveted material. A few years ago, Swiss watchmaker, Antoine Preziuso unveiled ‘The Art of the Tourbillon Meteor’ and Greco Genève produced a crazy ‘Flintstonesque’ timepiece for Baselworld 2014. However, the perfectly sculpted seashell-shaped case of the Dream Watch sets it apart from the competition.

Aesthetically, the Dream Watch 5 Meteorite is near enough as good as it gets (in respect to ‘Haute Horlogerie’). The 50mm x 39mm Campo del Cielo blue meteorite case is absolutely exquisite. De Bethune meticulously hand polished and heat treated 3kg of this material to achieve a unique texture. Campo del Cielo (meaning “Field of Heaven”) originates from Northern Argentina and was discovered in 1576. Therefore, the fabric of this unbelievable watch also has important historic importance. Other features include an extravagant crown which is topped by a large, one-carat ruby cabochon. 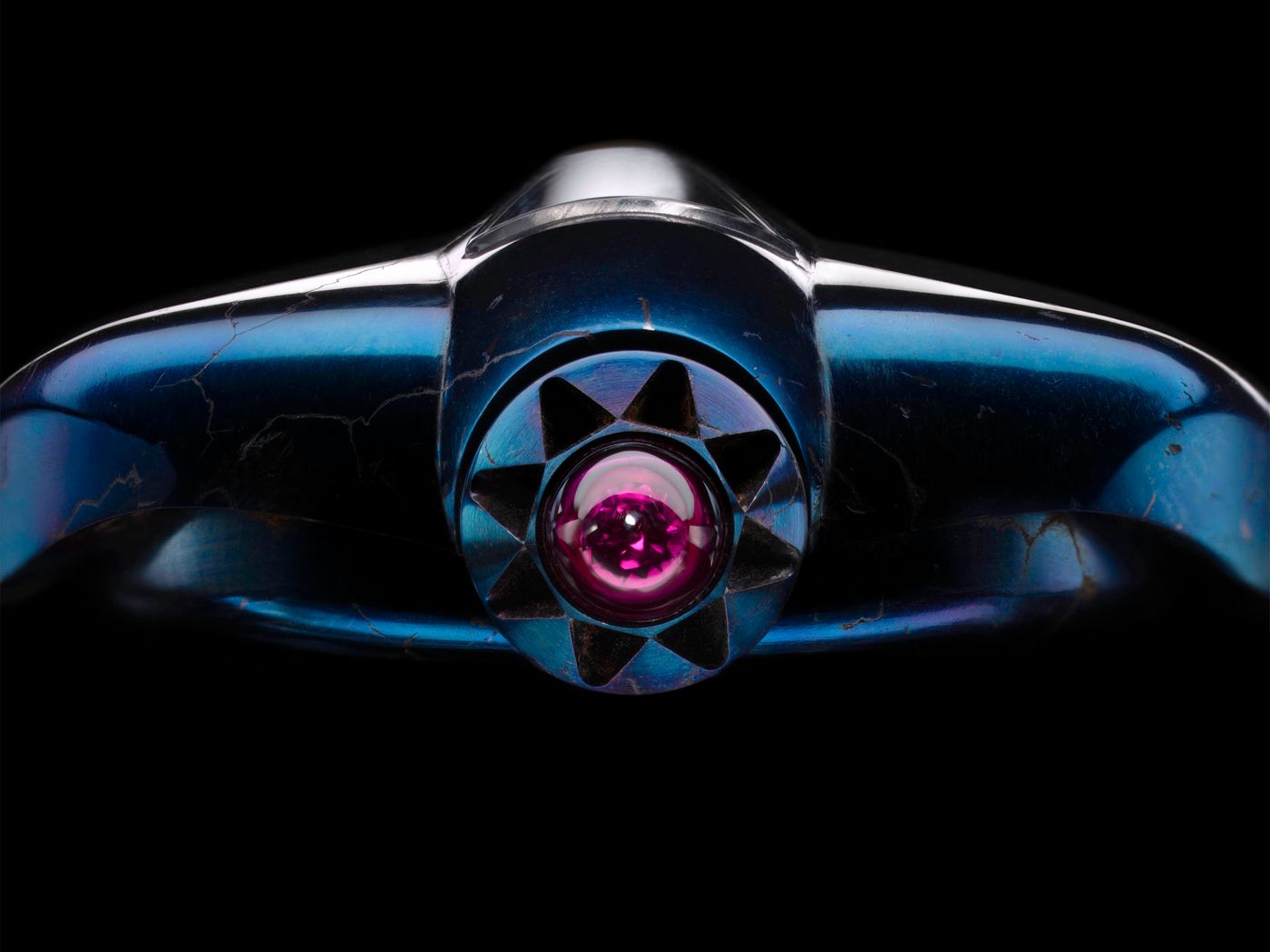 Truly “Out of This World”

Beneath the sublime façade lies a highly complicated in-house manufactured, hand-winding tourbillon movement. The Calibre DB2144 is comprised of 32-jewels and oscillates at a frequency of 36,000 vibrations per hour. This phenomenal mechanism is visible via sapphire crystal porthole on the case back. 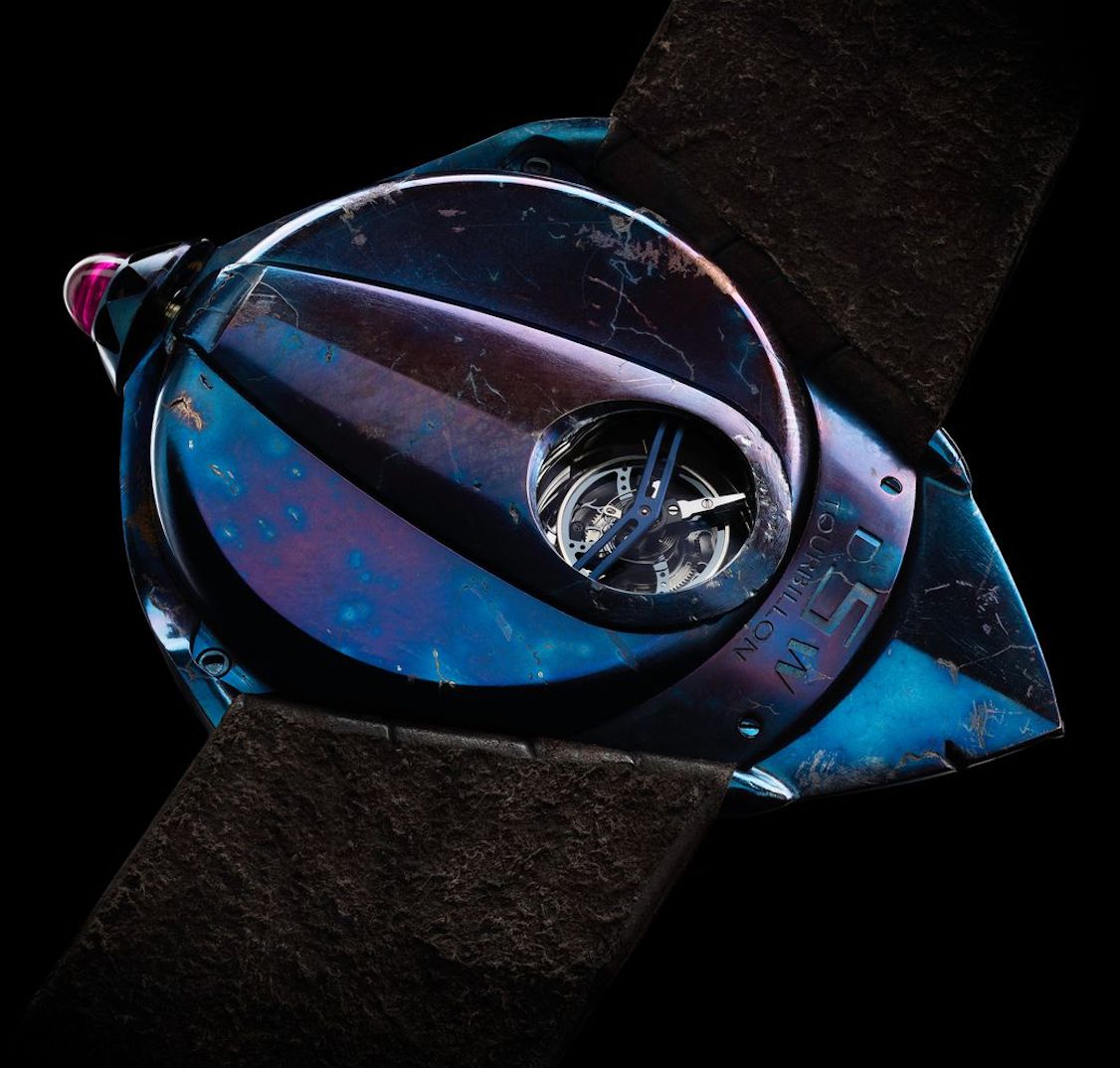 The tourbillon complication inside the De Bethune Dream Watch 5 Meteorite only makes this watch all the more special. (Image: De Bethune)