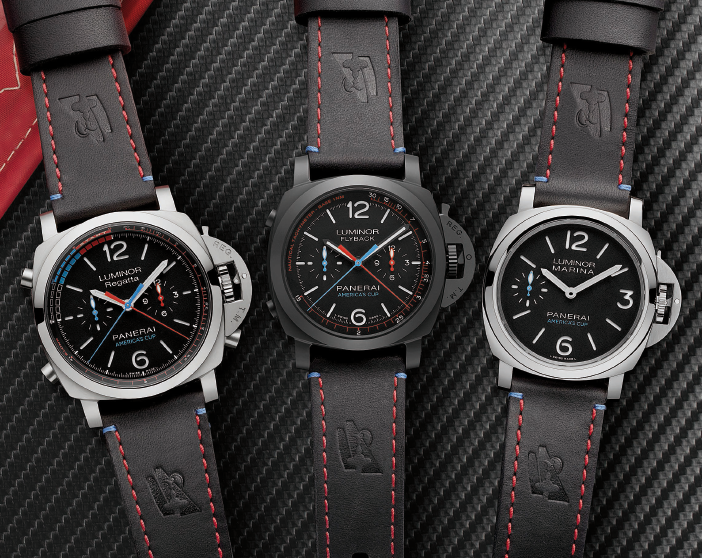 The Regatta, Flyback, and Marina all produced by Panerai

Officine Panerai just made a very smart move. They are inking a deal to partner with two of the teams competing in the 35th America’s Cup in Bermuda. Sponsoring both Oracle Team USA and SoftBank Team Japan, as well as creating, an “official watch” for the famed race. With the amount of press, Oracle will get as defending champions Panerai is bound to derive some benefit from the move. The deal was just announced at SIHH where Panerai debuted not one but five new limited edition watches in honor of the partnership. At the same time Panerai has all but issued a challenge of its own to Zenith. Watch partner of the Land Rover BAR America’s Cup team produced a special edition America’s Cup watch as well. Omega is the partner with Emirates, a highly regarded team. Land Rover BAR is seen as the most serious contender for the Cup, which was first awarded in 1851. 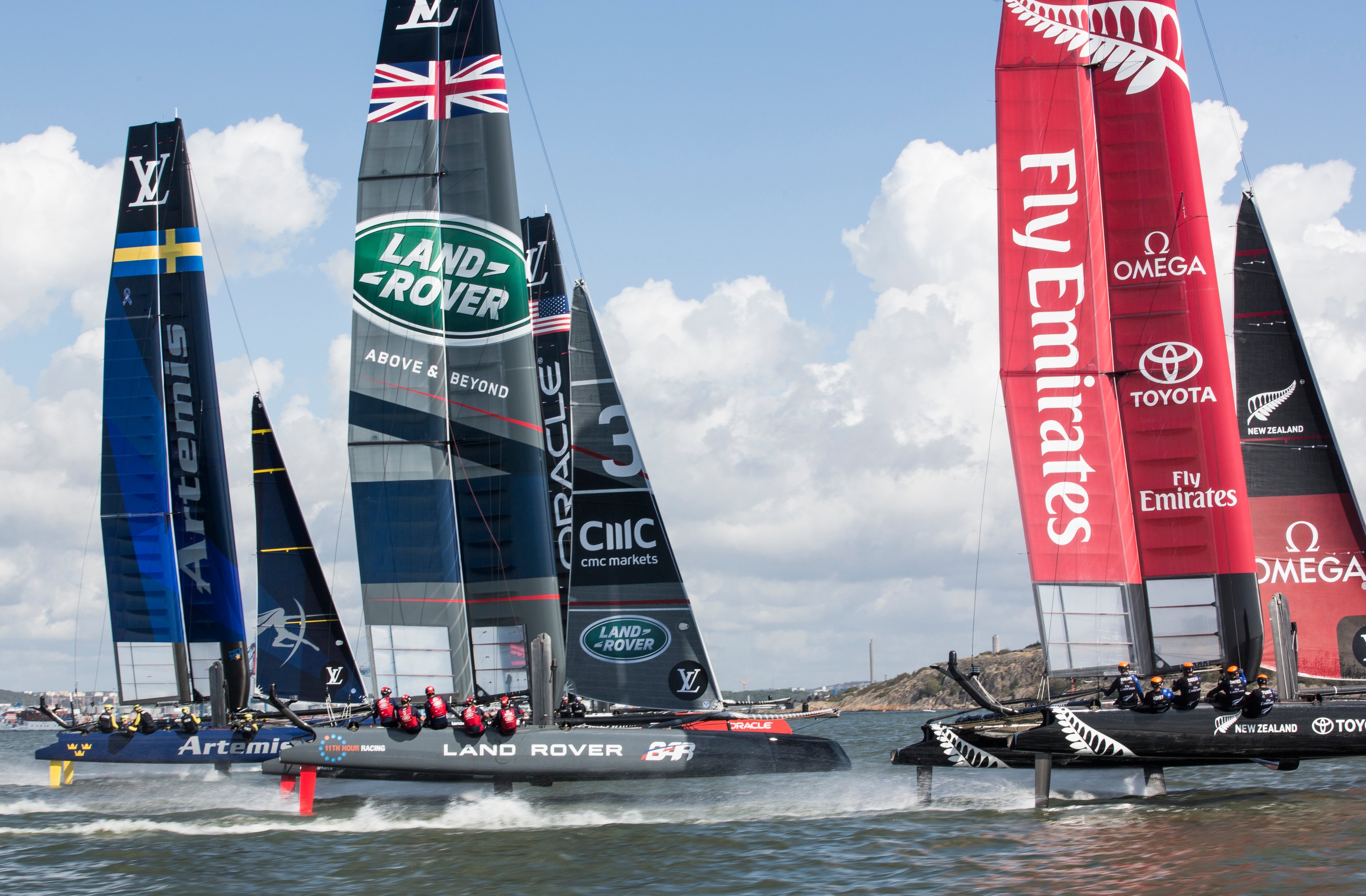 Panerai has longed sponsored sailing races, and now runs the Panerai Classic Yachts Challenge every year, the largest international regatta series for classic and vintage yachts. The America’s Cup, the world’s most prestigious sailing race, is another order of magnitude. However, the five watches Panerai is introducing include: 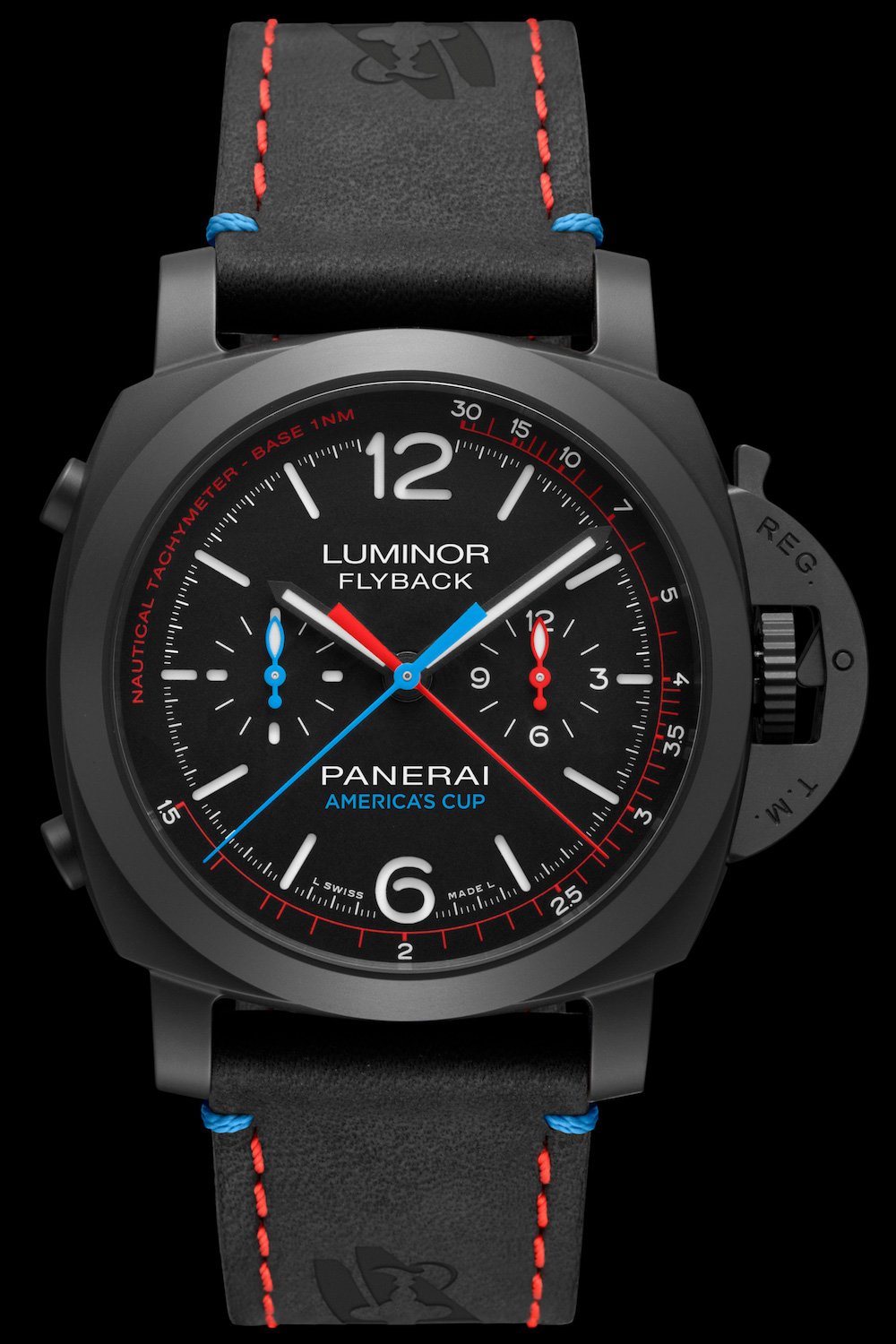 The 35th America’s Cup watches are versions of Panerai’s beautifully designed Regatta series made for its previous yachting endeavors. Only 300 units of the Official America’s Cup watch will be produced for collectors worldwide. Panerai is billing the stainless steel Luminor 1950 Oracle Team USA 8 Days Acciaio – 44mm as a new version of the Luminor Marina with an eight-day power reserve. The already extant Luminor Marina PAM00510, which retails for $6,600, has the same function. We expect the 300-piece run of the America’s Cup watch to sell out quickly. Some may wait to pull the trigger on the Oracle watches. Until such time, as they (hopefully) emerge as the clear winner; the appeal of a watch designed for the losing team may be somewhat limited. Still there’s no way to go off course with any of these handsome machines. 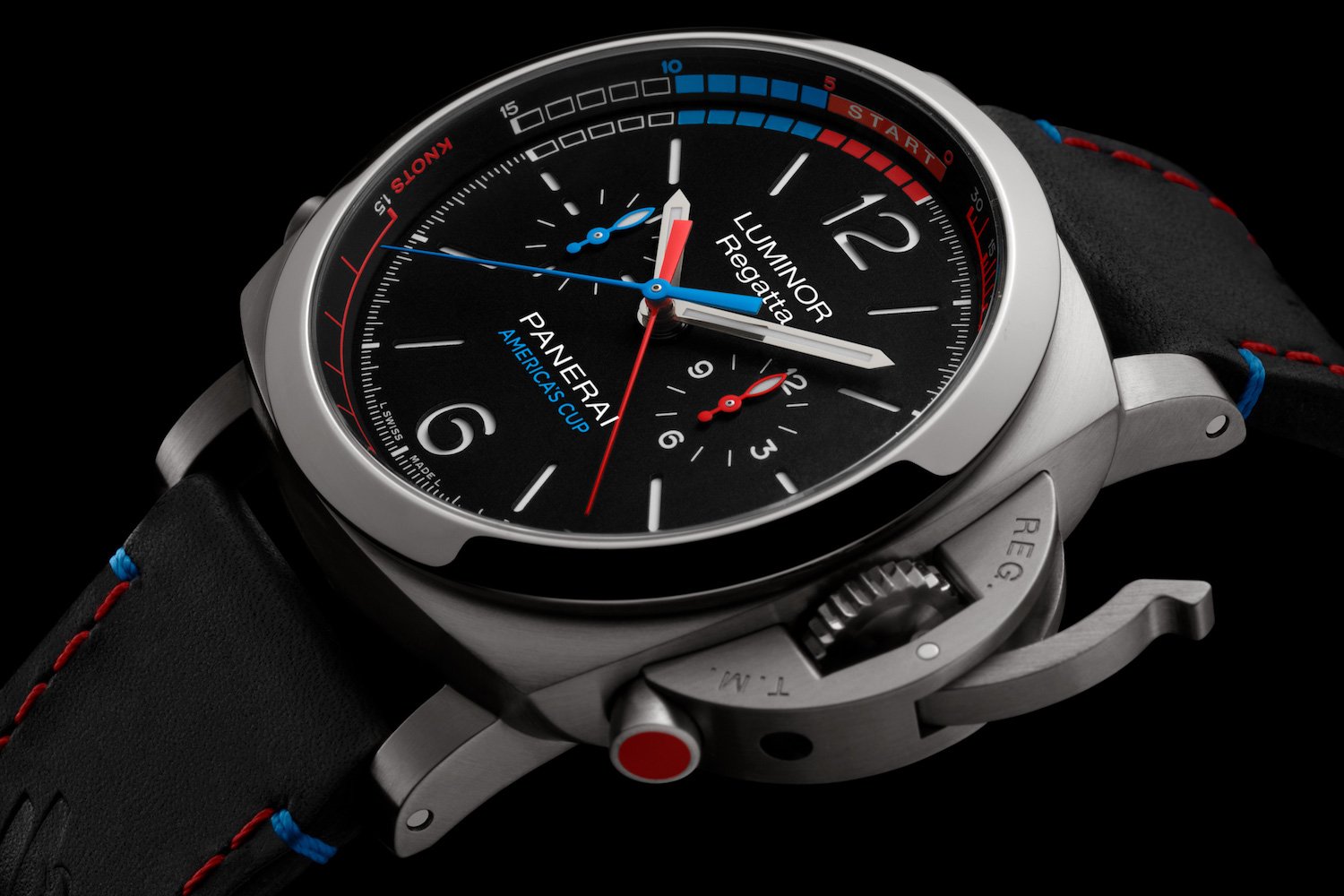 Panerai’s Luminor Regatta America’s Cup. Note the colors on the watch, even the thread.