For years, collectors have been saying that the classic OMEGA Speedmaster Professional Moonwatch was due for an update – and it looks like that new generation of Speedys is finally here!

Within the watch industry, few designs are more consistent and enduring than the Omega Speedmaster. First launched in 1957, it’s overall design became more-or-less set by the end of the 1960s and for over half a century, it largely remained unchanged. During that time, the classic Omega Moonwatch did see a number of minor updates and improvements, but the core design and functionality of the watch never changed.

While the classic Speedmaster is undeniably a rock-solid platform with a proven track-record of being able to perform in some of the most demanding conditions both on and off this planet, its traditional hand-wind movement was starting to seem undeniably outdated compared to the brand’s most recent generation of highly advanced, in-house calibers. Omega clearly felt the same way, and the introduction of the new ‘Master Chronometer’ Speedmaster marks the single most significant update to Omega’s iconic chronograph in the last fifty years. 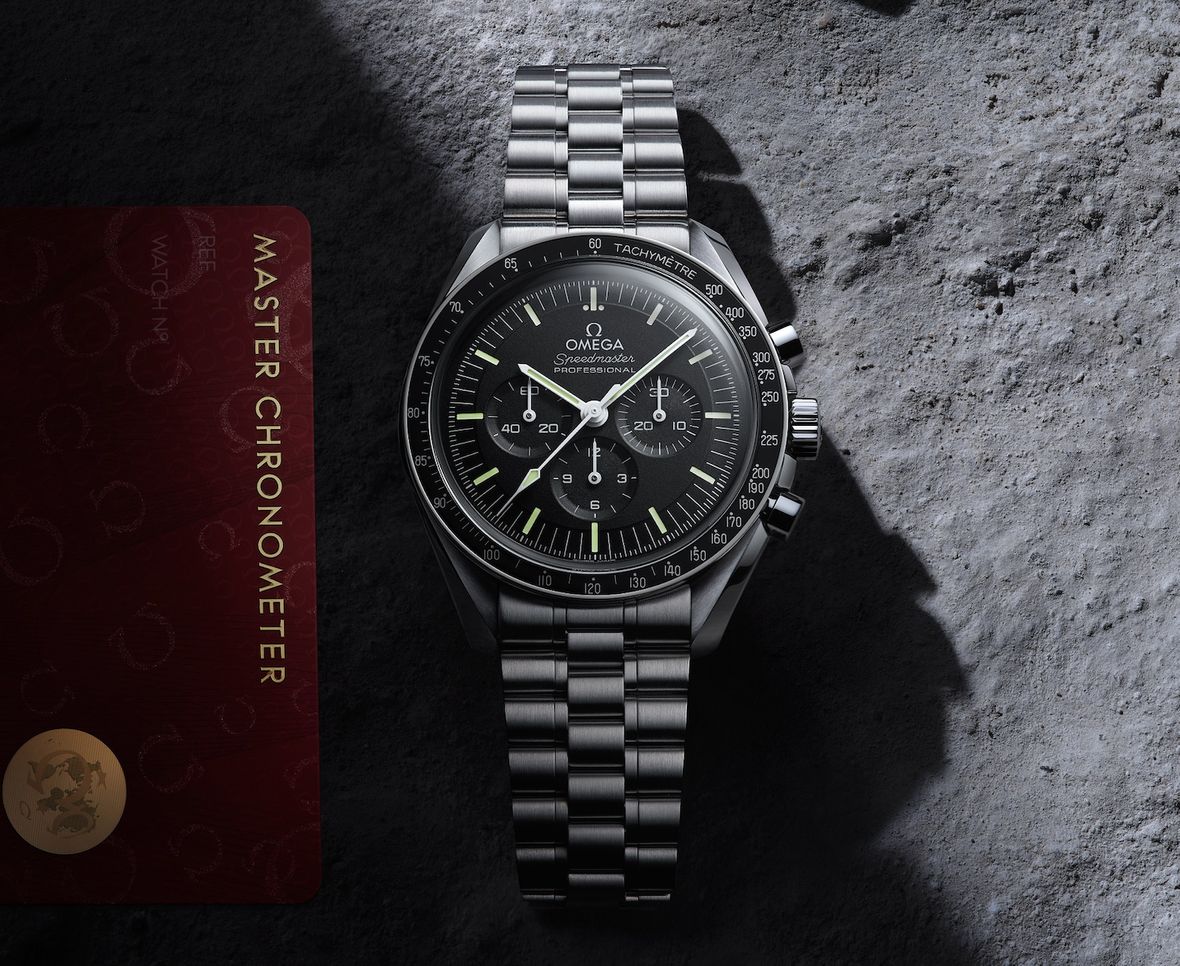 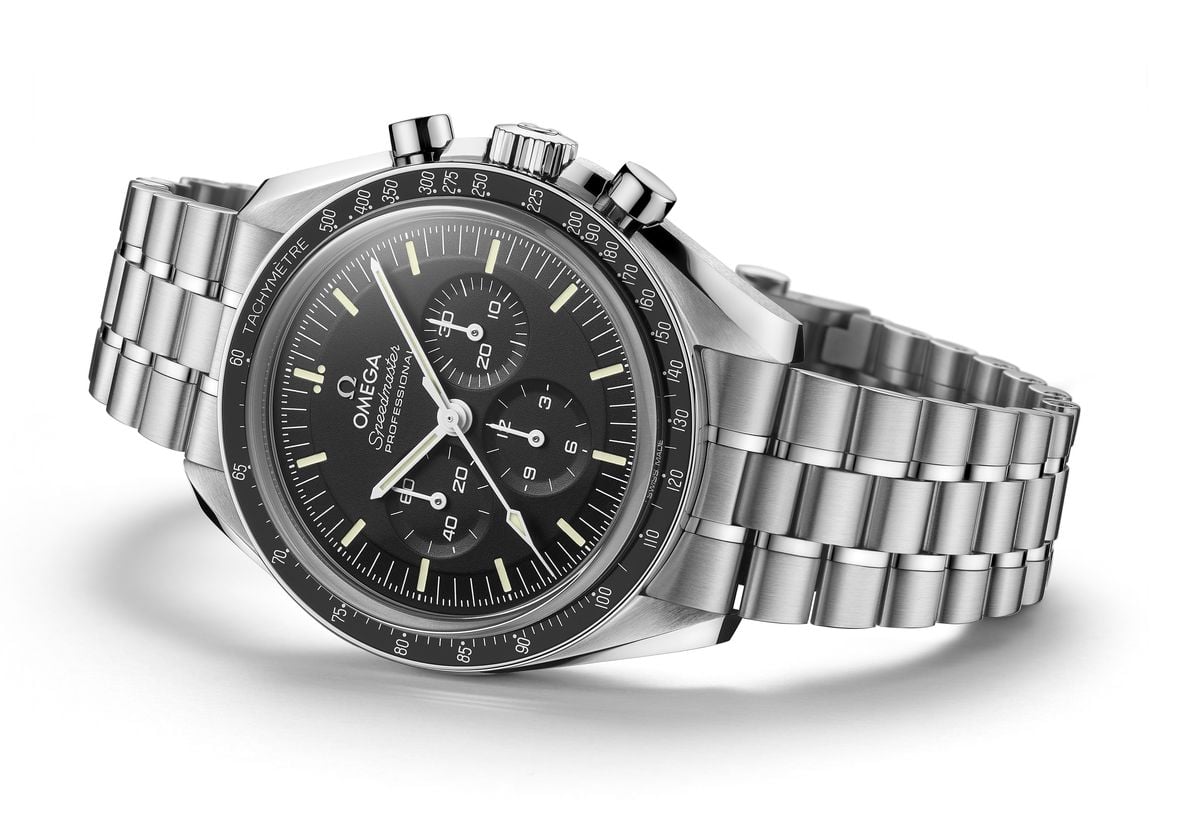 In total, this new generation of the Omega Moonwatch consists of 8 models spread across three different material options. On all variations, the iconic step dial and dot-over-ninety bezel (DON bezel) are back as a nod to vintage Speedmaster references, while the movement looks firmly to the future offering many of Omega’s latest and greatest technologies.

Alongside classic stainless steel, buyers will have the option of either solid 18k Sedna or Canopus gold. Sedna is Omega’s proprietary rose gold blend, while Canopus is the brand’s special blend of white gold. Both variants are 18 karat and are specially formulated to retain their colors despite prolonged exposure to the elements.

Both of the Sedna and Canopus gold editions are available either on matching solid gold bracelets or fitted with black leather straps. Additionally, it is also worth noting that the Canopus gold models are priced significantly higher than their Sedna gold counterparts, despite both being 18 karat, which means that they contain identical amounts of gold in them.

As a point of reference, the solid 18k Sedna gold model on a bracelet retails for $34,800, while the Canopus gold version is priced at $45,300. This rather significant difference in price is due to the compositions of the two 18k gold alloys, with the bright white Canopus gold mixture containing significantly more palladium. According to Omega, Canopus gold is also more expensive to machine and shape than either yellow or rose gold, which further adds to its premium retail price.

The remaining 4 models are all produced in stainless steel with the option of either a strap or bracelet and just like with the previous generation, buyers will have the option of either a Hesalite or sapphire crystal. Like before, the Hesalite crystal versions of the Speedmaster Moonwatch receive solid stainless steel case-backs, while the sapphire crystal references are fitted with display case-backs that allow for an unobstructed view of the all-new Caliber 3861 Co-Axial movement. 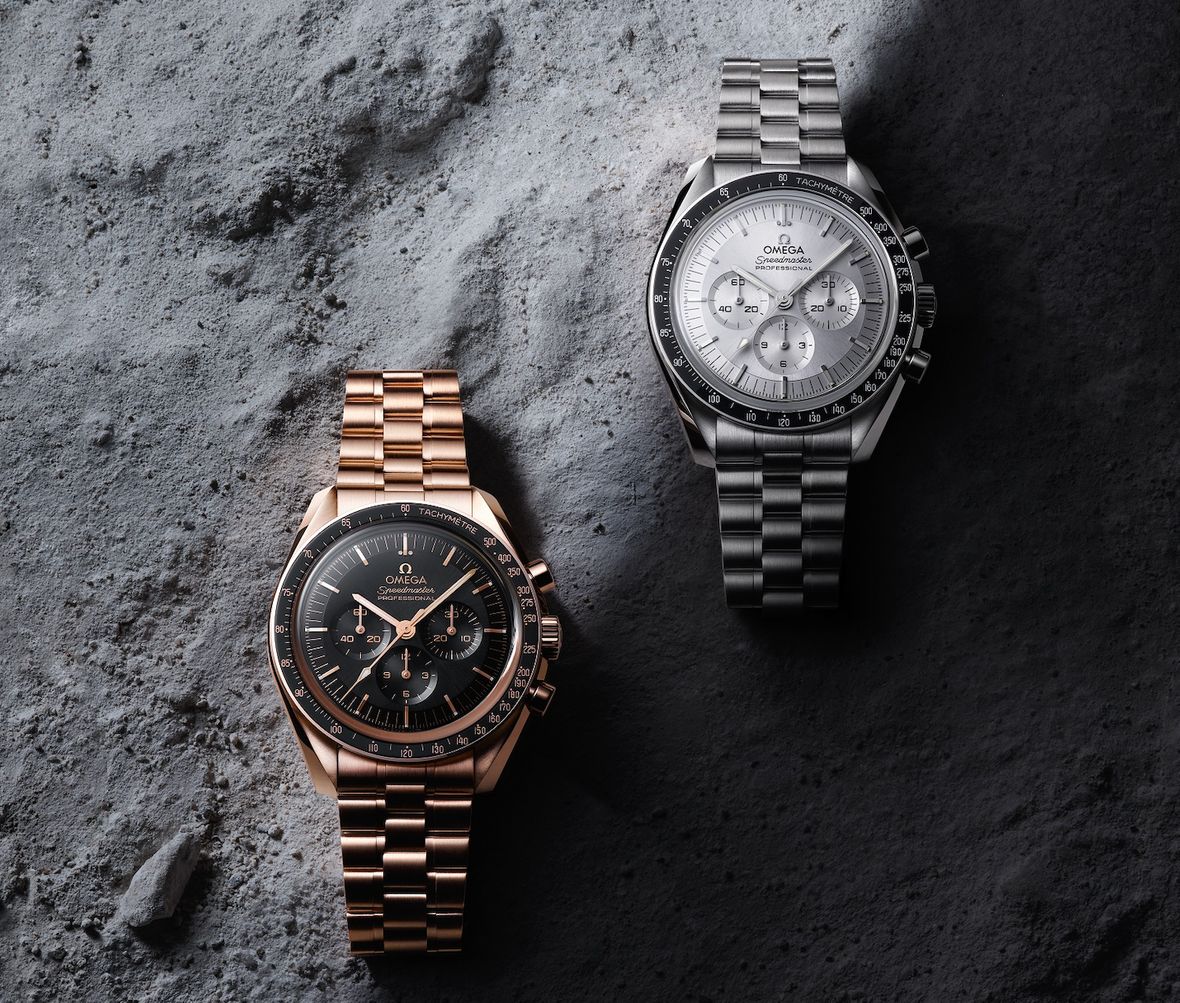 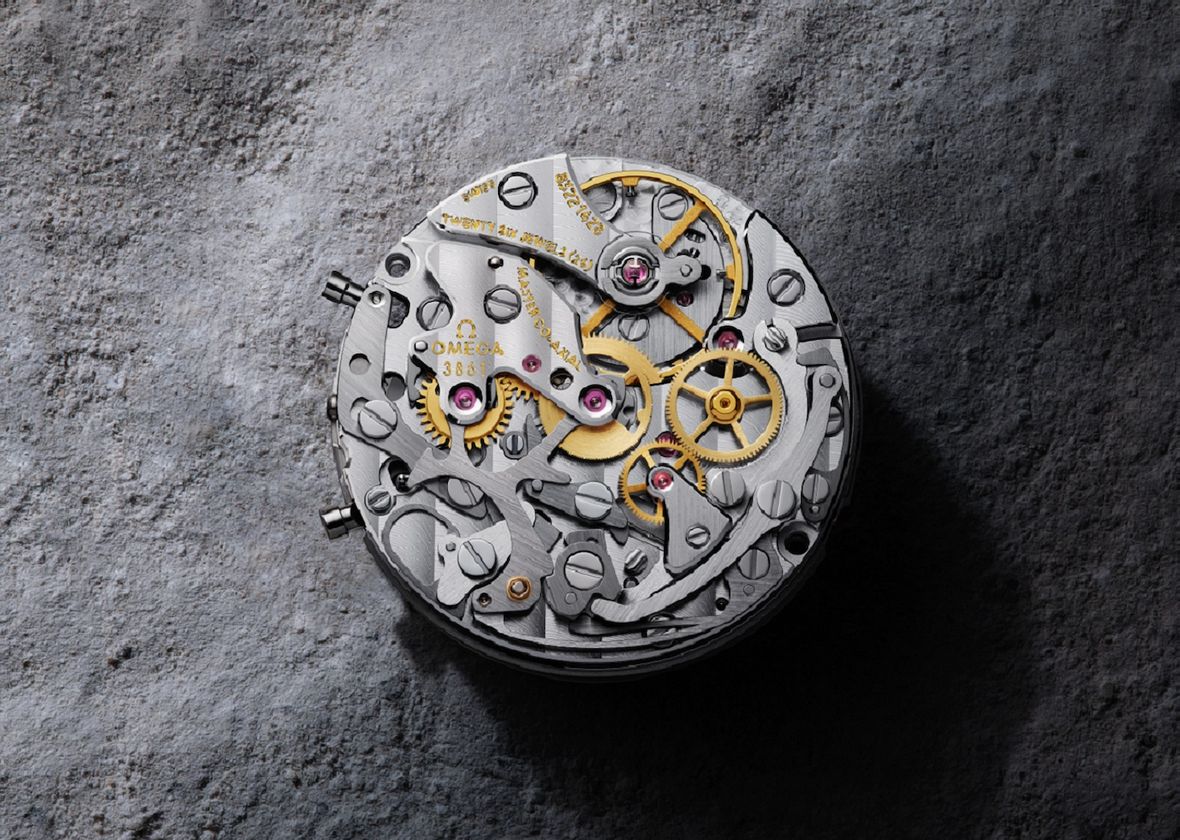 The overall aesthetic design of the new Omega Speedmaster Moonwatch is very similar to the previous generation and to the non-watch enthusiast, the visual differences will be negligible (if noticeable at all). However, the single most significant update to accompany this new generation of the Moonwatch is one that isn’t immediately apparent just by looking at it. This new Speedmaster is powered by Omega’s high-tech Co-Axial Caliber 3861 movement.

This is by no means the first time that the classic Moonwatch has received a movement upgrade, but it certainly represents the most significant caliber update to occur in the entire history of the Speedmaster. While it is still a manually-wound mechanical movement with a 12-hour chronograph complication, the new Caliber 3861 is based around Omega’s Co-Axial escapement and boasts ‘Master Chronometer’ certification.

The Cal. 1861 and Cal. 1863 movements that powered the previous generation were highly reliable, non-hacking calibers that featured a traditional lever regulator setup to govern the length of their flat, Nivarox-style balance springs. All of that has been changed, and the new Caliber 3861uses a free-sprung, adjustable mass balance with a silicon balance spring and a Co-Axial escapement. This allows Omega’s new Moonwatch to be entirely antimagnetic up to fields in excess of 15,000 gauss and also to achieve chronometer-rated precision of 0/+5 seconds per day.

An additional update to accompany the new Cal. 3861 is that the seconds now hack, which means that the seconds hand comes to a stop when the drown is pulled out to set the time. This has become such a standard feature on modern movements that it seems strange to think that the classic Omega Speedmaster – one of the world’s most popular and iconic chronographs – didn’t offer this feature until 2021. Additional updates include a significant increase in the number of jewels from 18 in the Cal. 1861 to 28 in the Cal. 3861, Nivachoc shock absorbers, and the chronograph break is now once again crafted from metal rather than delrin (a type of self-lubricating plastic) like on the Caliber 1861.

We first saw the new Caliber 3861 appear inside the 50th Apollo 11 Speedmaster models, so it was only a matter of time before this new generation of movements made its way to the standard Moonwatch models. All told, the Co-Axial Caliber 3861 represents a significant step forward for the Speedmaster and will be an excellent foundation for the next generation of Omega Moonwatches. 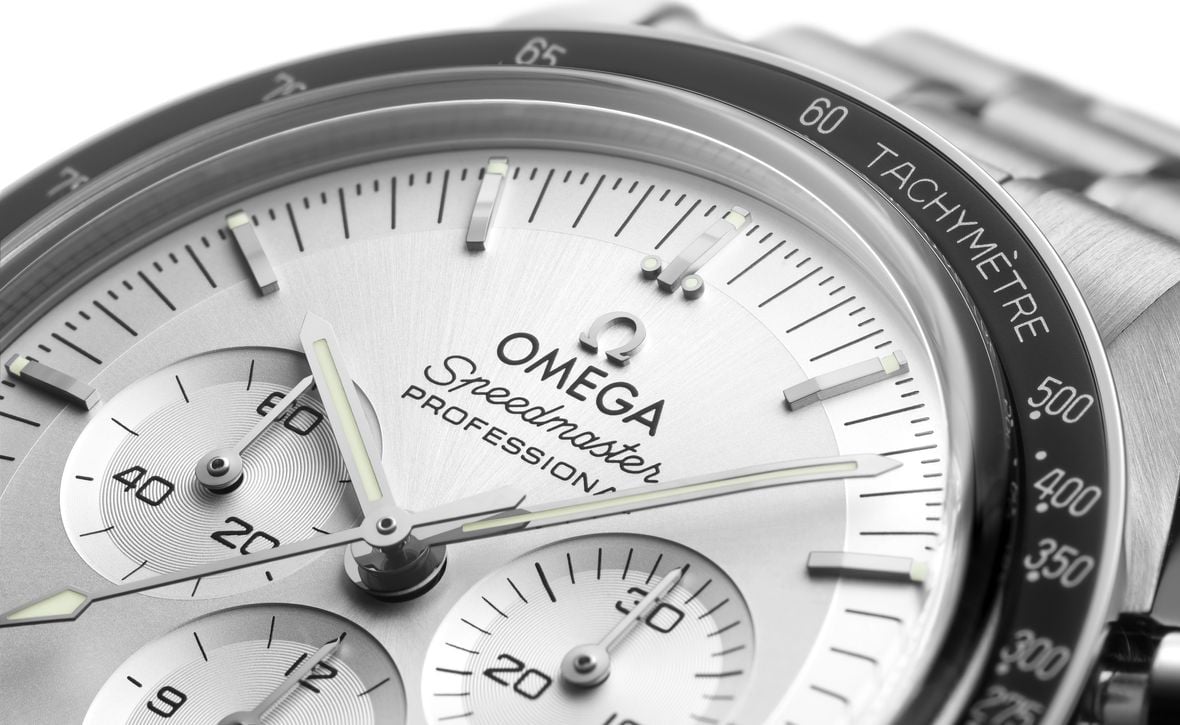 Is the Omega Speedmaster Still Flight Qualified By NASA?

One interesting thing to note about the new generation of Omega Speedmaster Master Chronometer Co-Axial watches is the case-back engravings on the Hesalite crystal references. Previously this read “FLIGHT QUALIFIED BY NASA FOR ALL MANNED SPACE MISSIONS” but on the new Co-Axial Moonwatches, this now reads “FLIGHT QUALIFIED BY NASA IN 1965 FOR ALL MANNED SPACE MISSIONS” – but this change should not imply that the new models are not up to the task of space flight.

The new Caliber 3861 movement promises to be more accurate and reliable than all previous Moonwatch calibers, and if the previous generation was able to pass all of NASA’s rigorous tests, the new one will have no problem doing the same. Omega even tested the new movement based on the qualification framework defined by NASA, and it seems the Cal. 3861 passed with flying colors and was deemed ready for the next generation of the Omega Speedmaster Moonwatch. 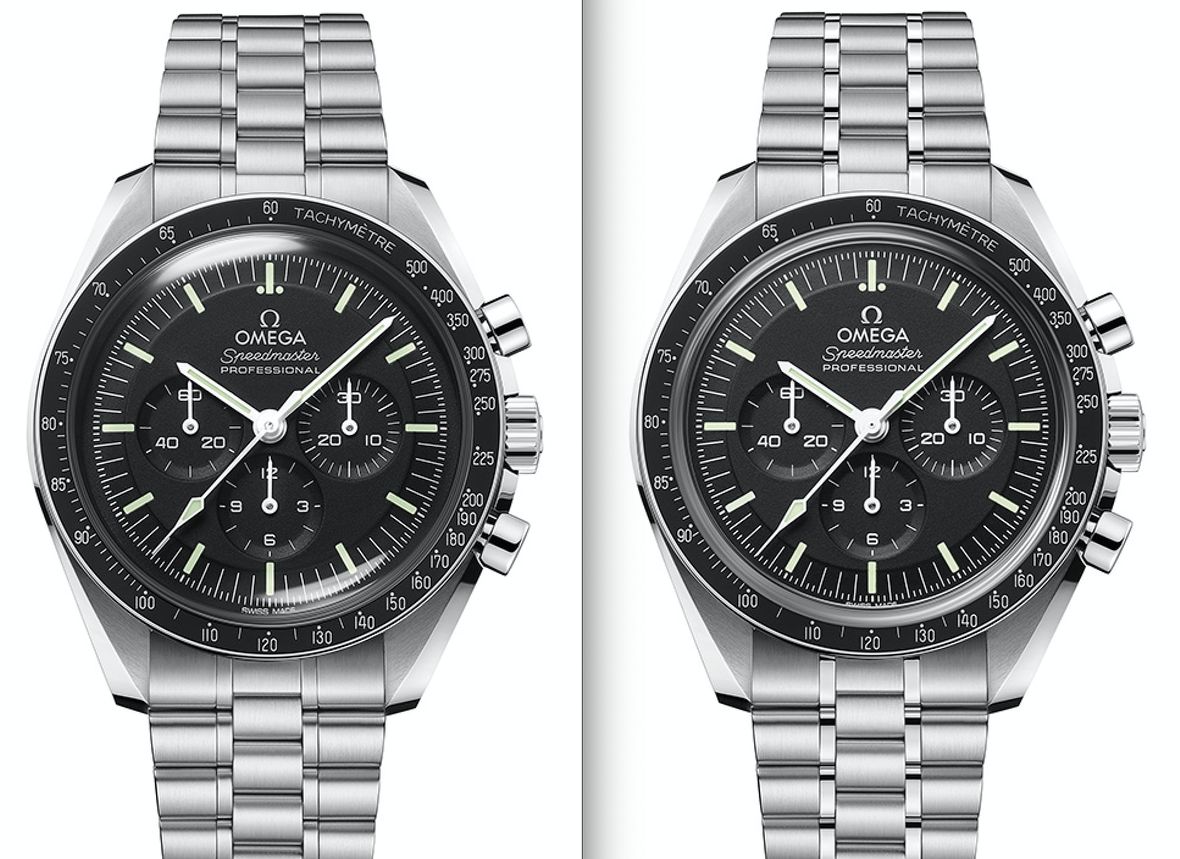 Previously, the Moonwatch references that featured sapphire case-backs were powered by the Caliber 1863, while the standard model received the Caliber 1861. The primary difference between these two calibers was the degree of finishing, with the Cal. 1863 being more decorated than its non-visible counterpart. With the new generation of Co-Axial Moonwatch models, all versions receive the same Caliber 3861, regardless of whether or not the movement will be visible through the case-back. 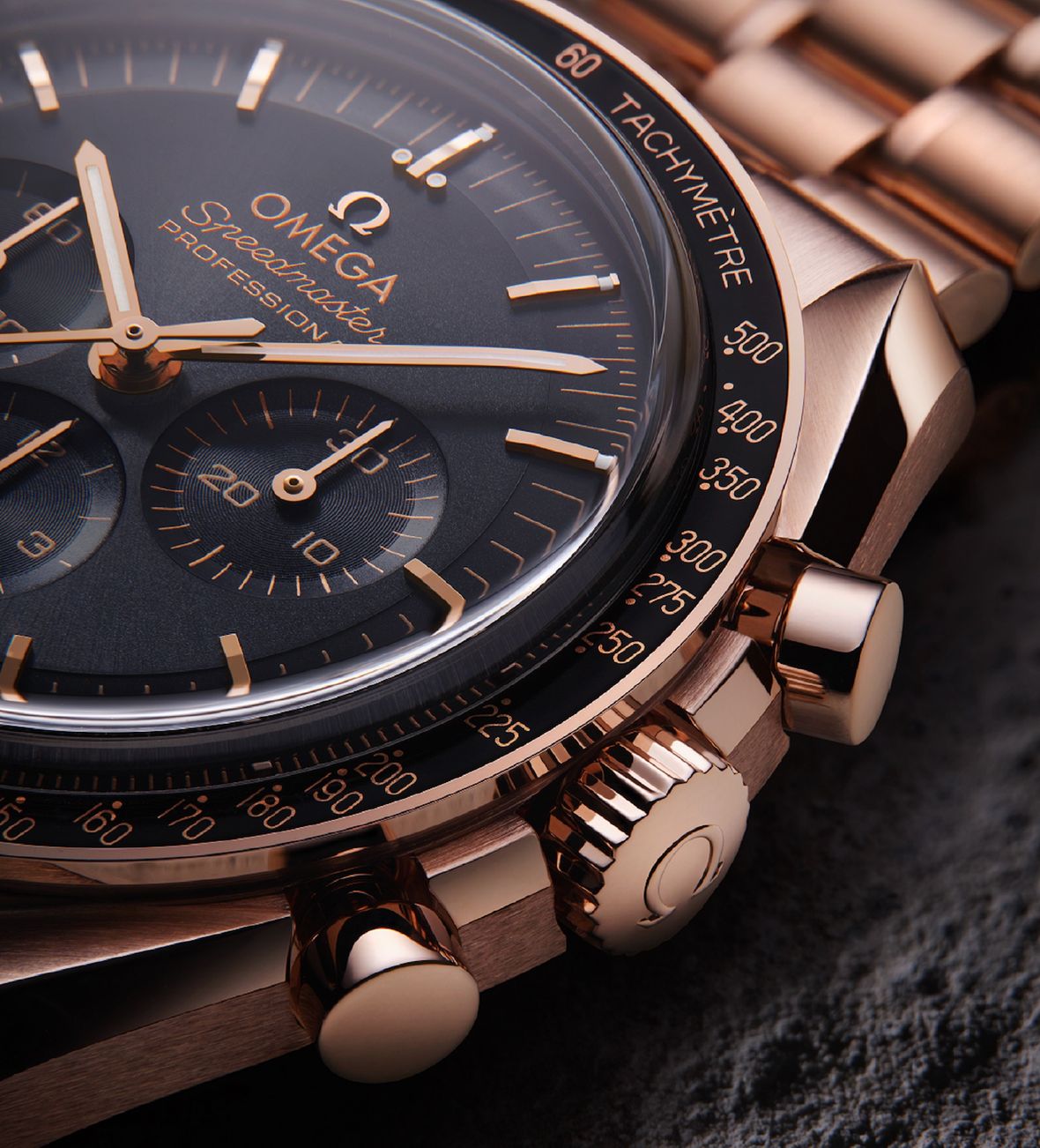 Just like any new release, the arrival of this new Co-Axial Moonwatch will likely have implications for the value and collectivity of older Speedmaster models. In many instances, when something new gets introduced, something else gets discontinued, and in this particular instance, it is the much-beloved and long-running Caliber 186x Speedmaster watches.

One of the main reasons why many collectors love the Omega Speedmaster is because it is essentially a vintage watch that is still being made today. With the exception of a few small details, all of the important aspects of the older Cal. 1861 Speedmaster watches – both inside and out – are nearly identical to what you would find on a vintage example from the glory days of the Moonwatch in the 1960s and 1970s. For many collectors, it was a perfect way of owning a watch with a decidedly vintage look and feel without having to jump through the hoops of tracking down an actual vintage timepiece.

While the new Hesalite crystal Speedmaster model is still definitely going to give buyers much of the same look and feel of the classic Omega Moonwatch, the Caliber 3861 movement inside it is very much a modern creation – and offers all of the benefits of one. For some, this will be the Moonwatch to get as it promises superior performance in much of the same iconic package that collectors have known and loved for decades. However, others want a Speedmaster that is as close as possible to the models that first went to the moon, and the new Co-Axial Moonwatch represents the model’s most significant update yet, and the future of this industry classic. 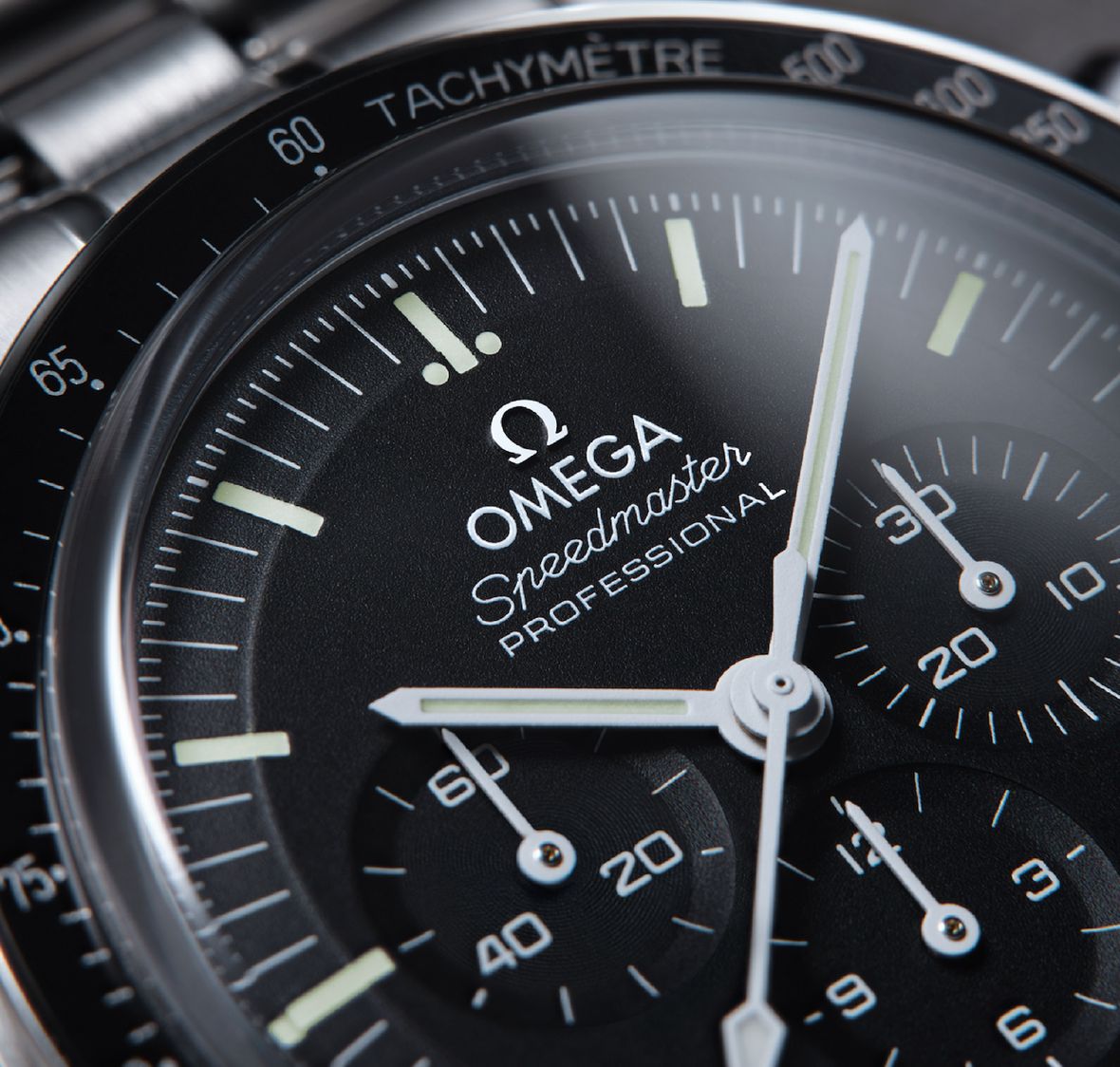