Okay, so you’ve decided to buy a Rolex watch – Congratulations! That means you’re either about to join the Rolex owners club or move one step closer to the throne as an existing member that has just added to their ever-growing collection.

One thing you’ll notice pretty quickly (assuming you haven’t already) is that Rolex fans and aficionados communicate in what sounds like a foreign language or Enigma-baffling code whenever they meet to discuss their favorite models. It can be a bit of a minefield out there, interpreting these long strings of seemingly random letters and numbers, so we decided to help you out by putting together this handy guide to Rolex reference numbers.

In this article, we’re going to focus on modern Rolex watches and you’ll find most of the models mentioned here in the brand’s current catalog. You’ll see that everything follows a (relatively) logical pattern and in the world of watchmaking, that’s surprisingly rare (trust me). As it turns out, Rolex reference numbers aren’t as complicated as you might have thought. In fact, they are actually pretty logical when it comes down to it. 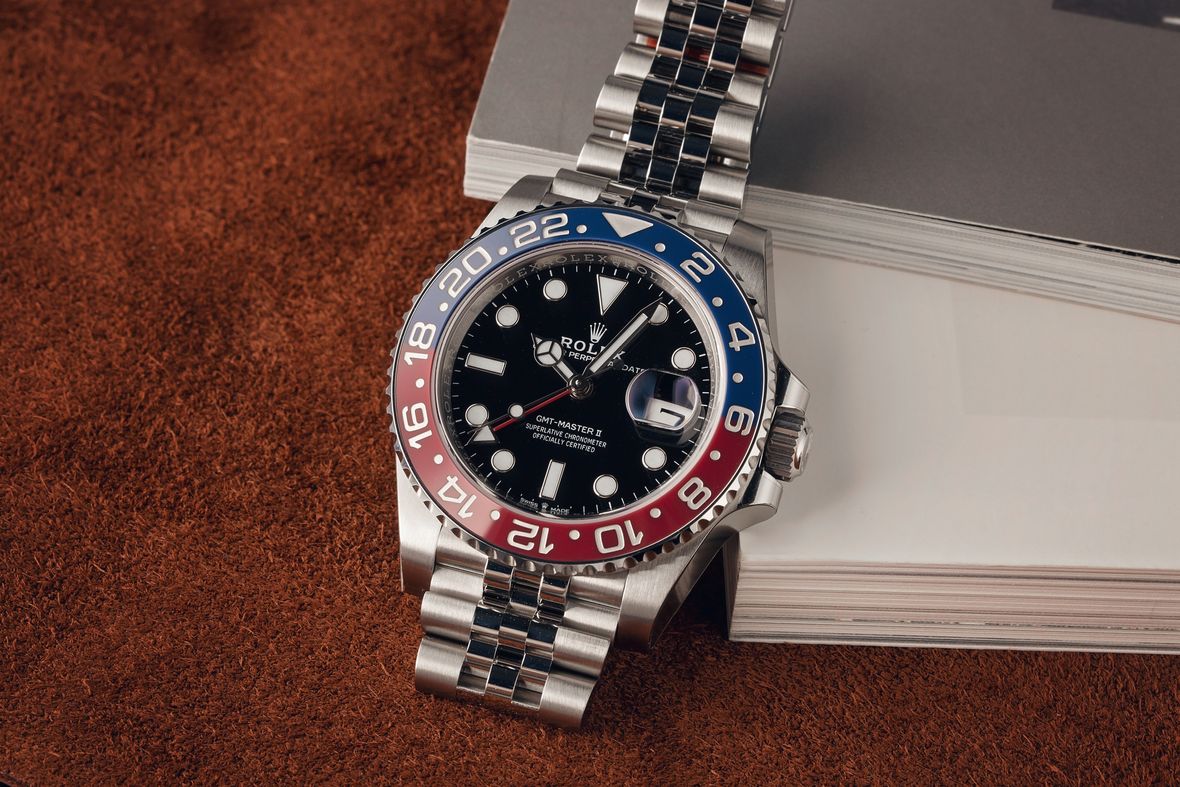 Let’s start with the 126710BLRO. This reference is perhaps the most famous modern Rolex reference number. It is so ubiquitous, you probably recognize it without even reading the characters themselves. That’s right; it belongs to the runaway popular Rolex GMT-Master II in stainless steel, fitted with a “Pepsi” bezel, black dial, and Jubilee bracelet.

That wasn’t always the case, however. In the past, Rolex watches had fewer digits used to identify them. Many of the most classic and frequently talked about vintage Rolex watches (like the GMT-Master 1675, for example) had just four-digit reference numbers.

However, for this example, we can see the first six digits are 126710. But what do they mean? Well, let’s start at the beginning… 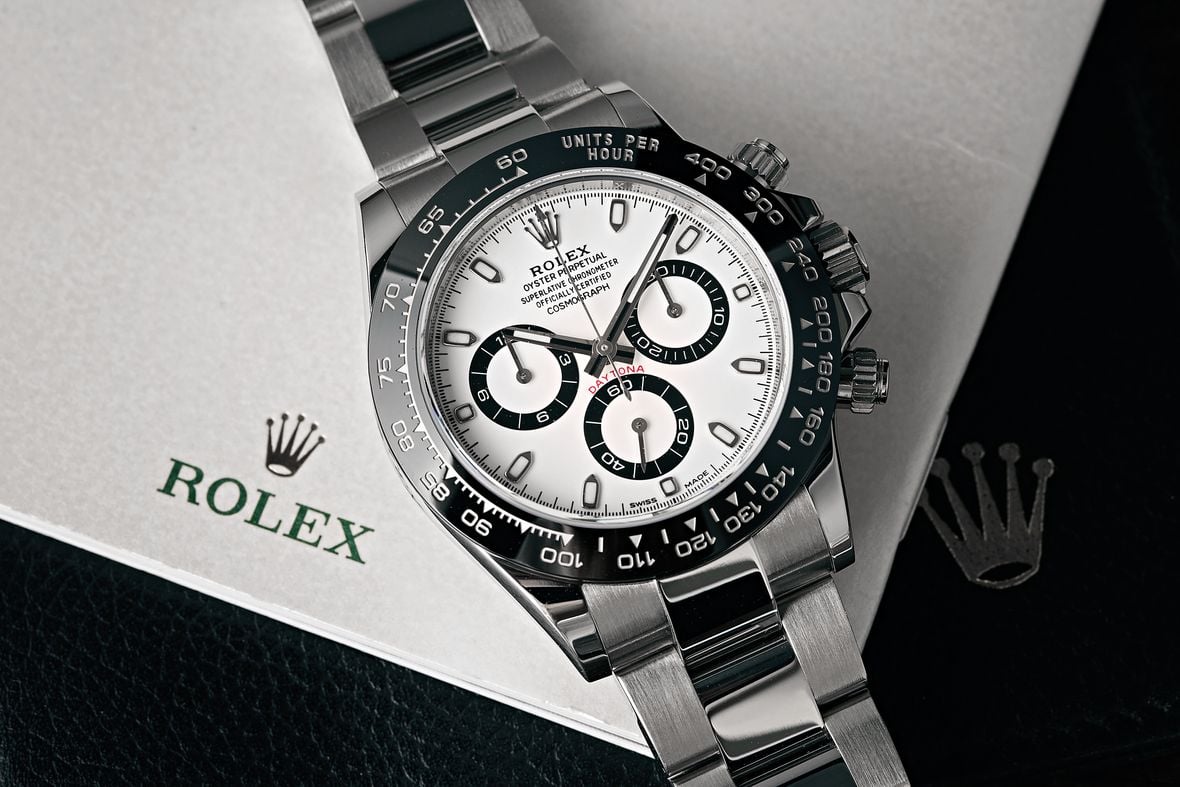 The vast majority of modern Rolex reference begins with either a “1” or a “2”. Newer models tend to use the “2” instead of “1” but there are other models like the Sky-Dweller, Pearlmaster, and Cellini that do not follow this rule at all. This number can normally be discounted when identifying a model as it doesn’t help you define the piece in question (just its relative novelty). However, there is one exception, and that comes when trying to tell the difference between an Explorer II and a Daytona. We’ll get to why that is in a moment… 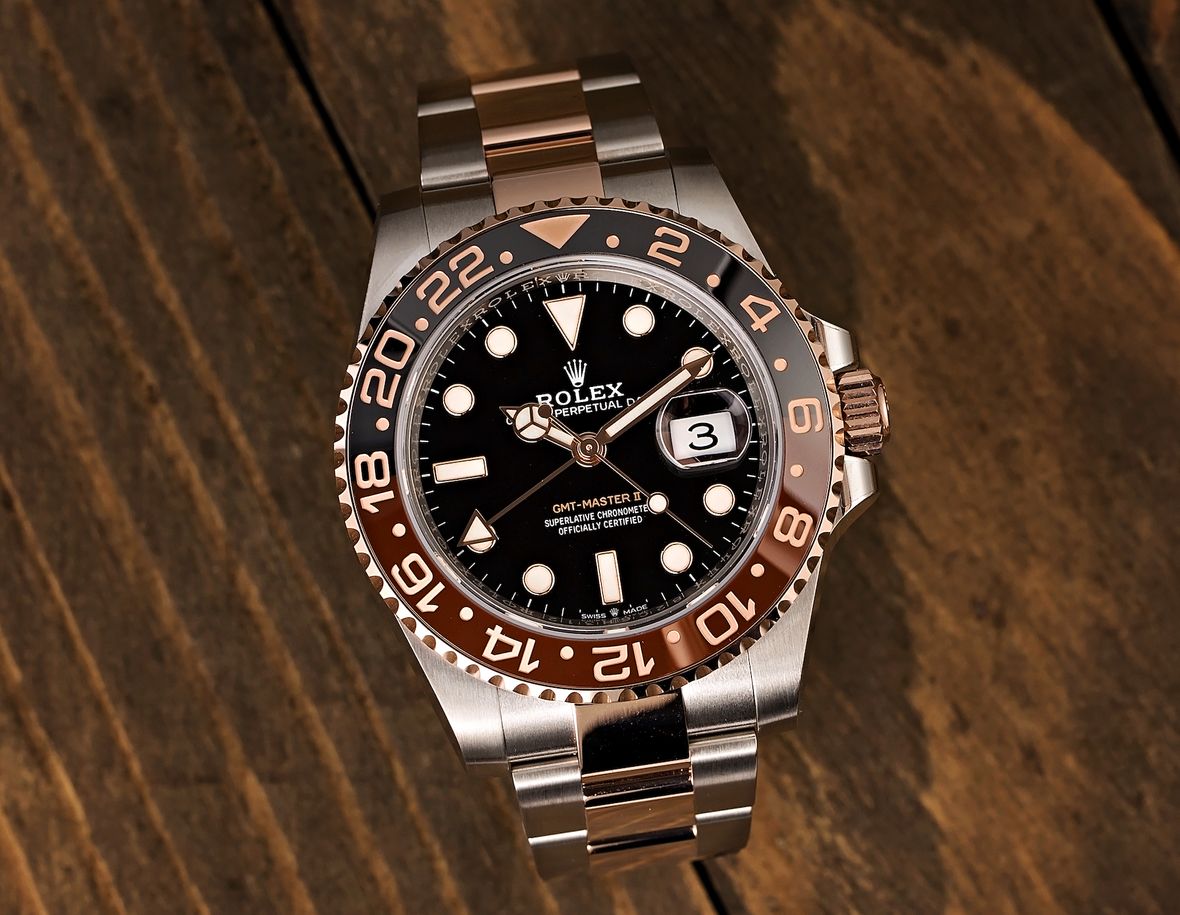 The next number in the sequence will tell you the bezel type (so that’s the fifth number). Bezel types are coded in the following way: 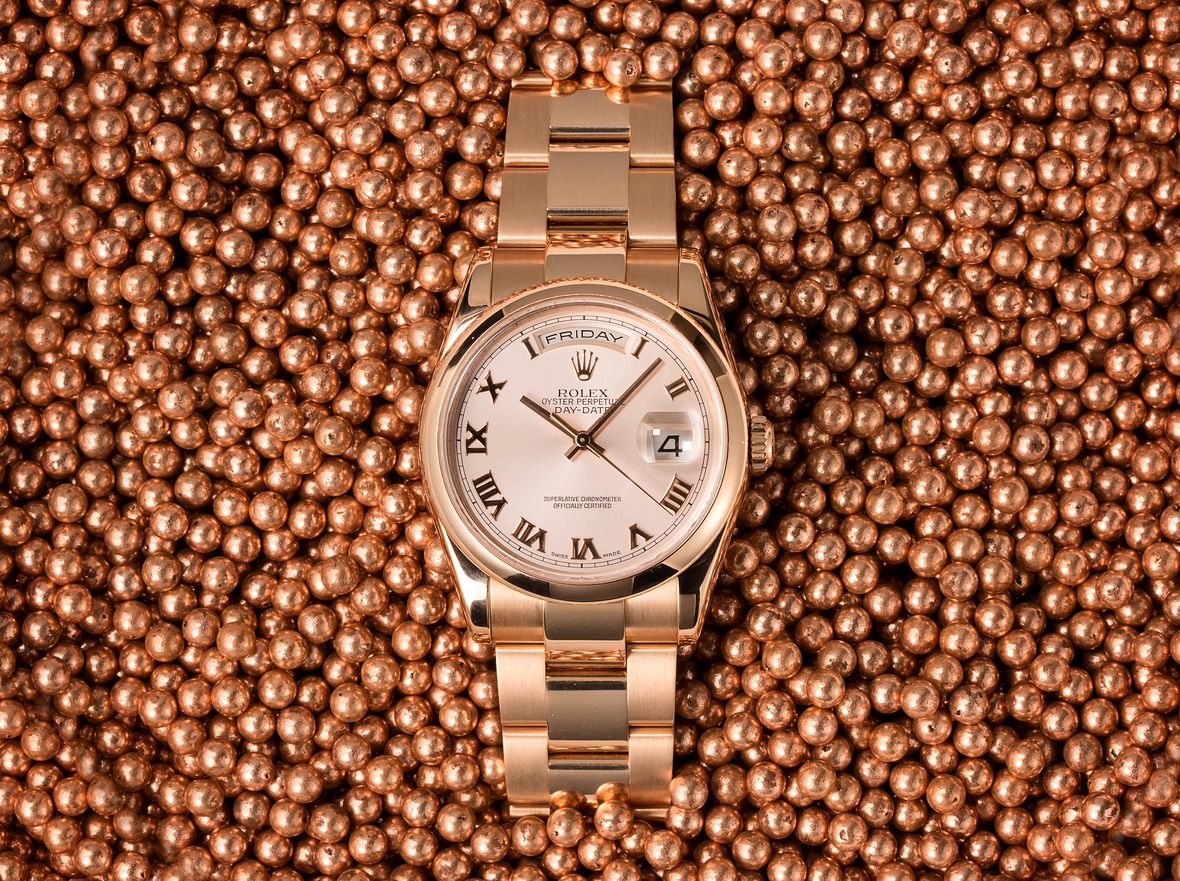 Following the bezel style, another single digit (the very last one) expresses the type of metal (or metals) from which the watch and bracelet are crafted. The codes are as follows: 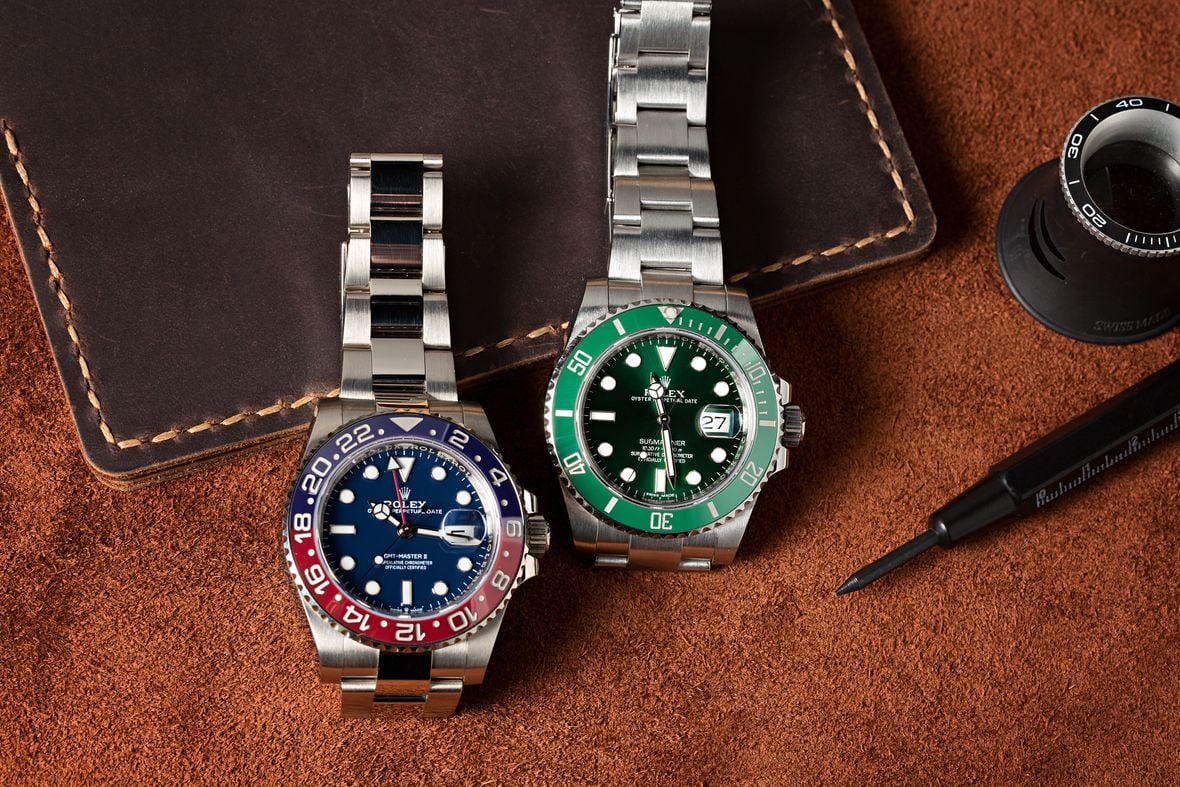 The letters in modern Rolex reference numbers have always bothered many collectors. They look so much like they stand for something obvious, and if you’ve ever had that feeling, you’ll be glad to know you were correct! The letters In Rolex references are actually abbreviations for French words.

As a Geneva-based company, French is the official language of Rolex. Therefore, if you know a few French words – namely colors, gems, and a small handful of watch components – the Rolex reference numbers’ letters will be quite a bit easier to understand. 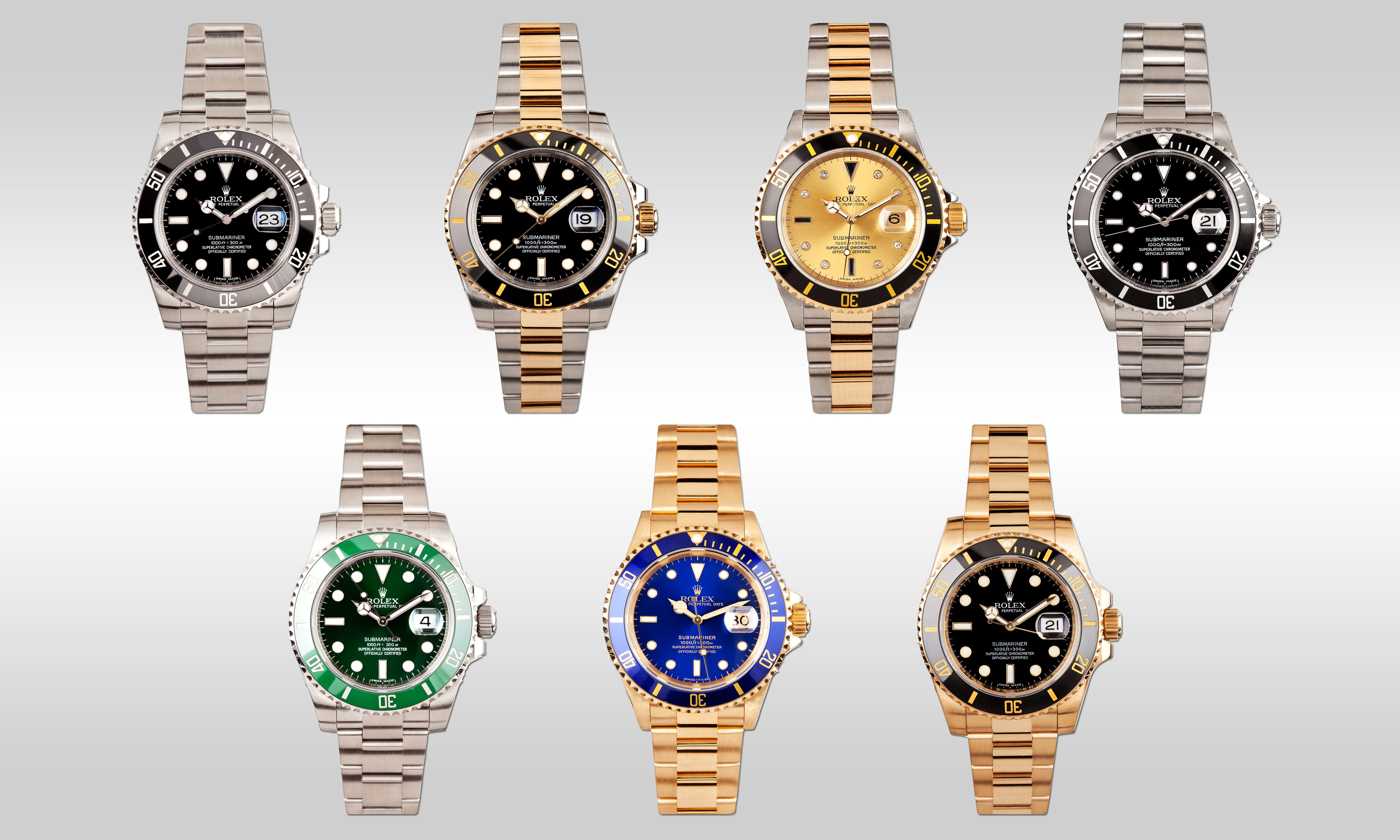 With that handy dictionary in hand, the following popular Rolex reference codes will now make quite a bit more sense to you: 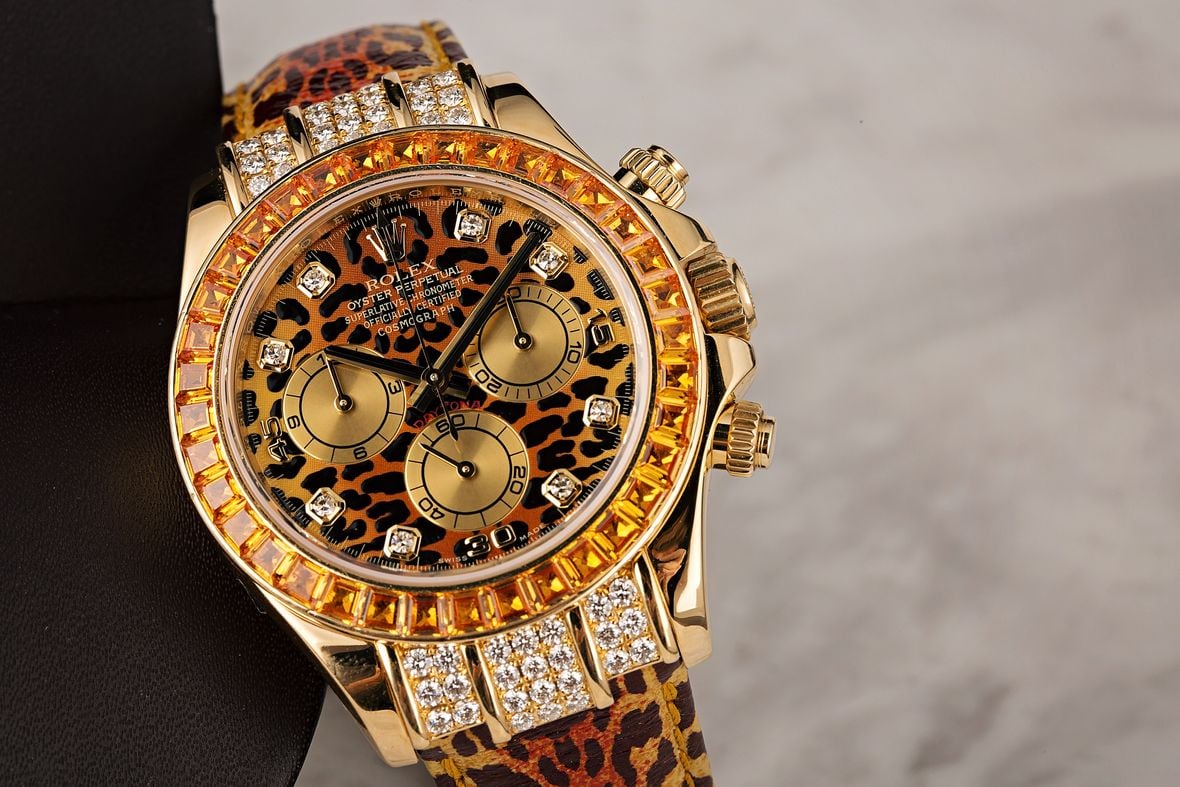 When it comes to gem-set Rolex watches, we have to dive back into the past to find a few more working examples of what the following letter codes actually mean. It is always worth having this list as a reference point, because some of these letter codes drift in and out of Rolex’s catalog depending on which ultra-exclusive models the brand is producing in any given year. Additionally, you will also see them on a number of vintage and pre-owned Rolex watches, and knowing exactly what they mean will significantly help you with your search.

SABR (Saphirs, Brillants): Watch set with sapphires and diamonds, such as Submariner 116659SABR 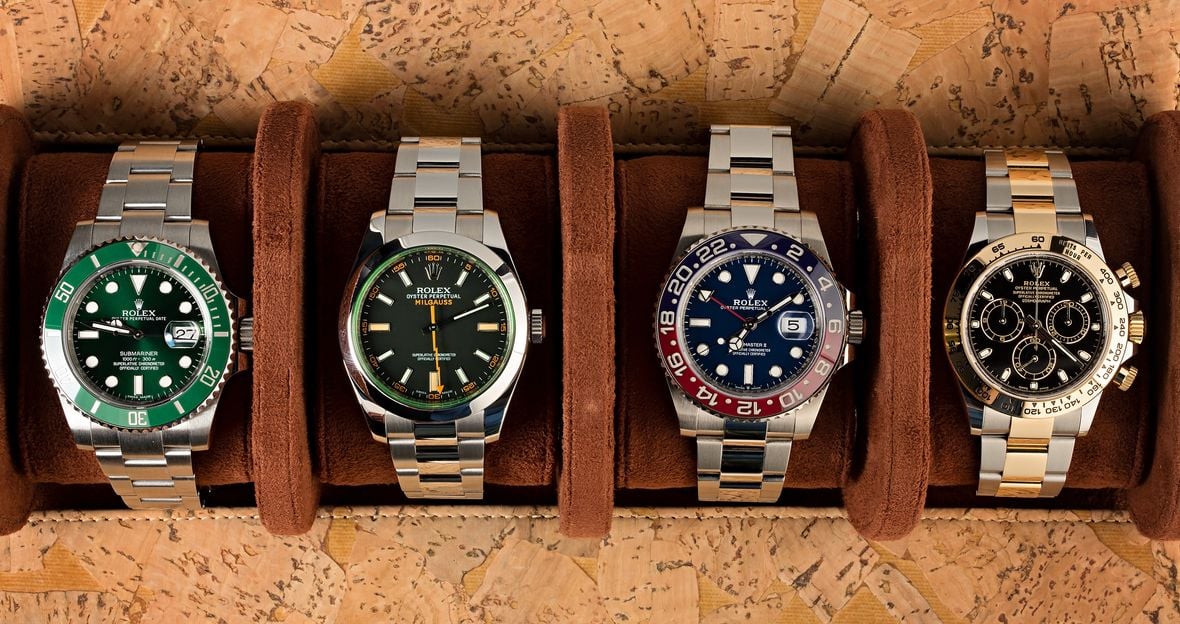