It wouldn’t be a proper awards ceremony without seeing some Omega watches on the wrists of the top attending celebrities, and there were a number of standout timepieces from the brand that could be seen during the virtual event last night. Omega’s ties to the world of film and cinema run deep and in addition to being featured in the actual films themselves, Omega watches are also a constant presence on the wrists of many of Hollywood’s stars when the time comes for them to collect their awards.

Regarding the Omega watches that were spotted at the 27th Screen Actors Guild Awards last night, the general theme seems to be more classic and traditional dress watch designs, most notably from the Omega De Ville Trésor collection, rather than the usual assortment of sports models that often can be seen peeking out from the sleeves of the various nominees and presenters.

Although the De Ville Trésor collection is available in a number of different configurations, both Yeun and Cohen chose the simple time-only model, and both actors opted for the yellow gold variant fitted with an ivory-colored Grand Feu enamel dial. Powered by Omega’s manually-wound Caliber 8929 movement, which features an 18k Sedna gold balance bridge and offers users a 72-hour power reserve, these Omega De Ville Trésor watches are classic and timeless dress watches that combine traditional styling with state-of-the-art materials and chronometer-certified movements. 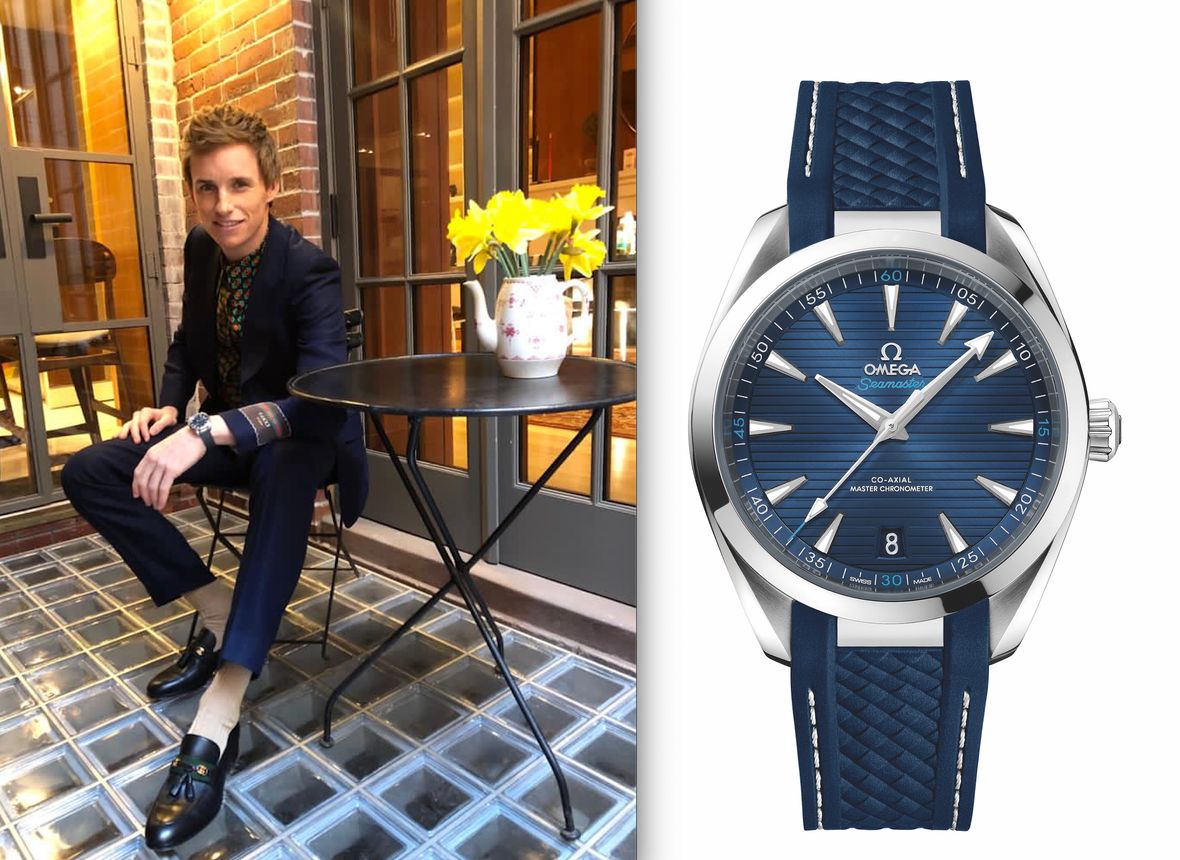 As one of Omega’s ambassadors, Eddie Redmayne can frequently be spotted wearing watches from the brand at the numerous awards ceremonies and events that he attends. Nominated for Outstanding Performance by a Cast Ensemble in a Motion Picture for his role in The Trial of the Chicago 7, Redmayne chose to wear a stainless steel model from the Omega Seamaster Aqua Terra range for the 27th SAG Awards, and his example was fitted with a striking blue dial and matching blue rubber strap.

Technically speaking, the Seamaster Aqua Terra is a sports watch rather than one of Omega’s dress models and all Aqua Terra watches offer 150 meters of water resistance, meaning that they are more than capable of standing up to the rigors of active use. However, the collection’s versatile styling and its lack of a rotating timing bezel mean that it can also easily be paired with a suit to match more formal attire. While a stainless steel case and a rubber strap are typically defining traits of a sports watch, Eddie Redmayne’s Seamaster Aqua Terra looked entirely at-home being dressed up for the event, and it perfectly complimented his dark blue suit. 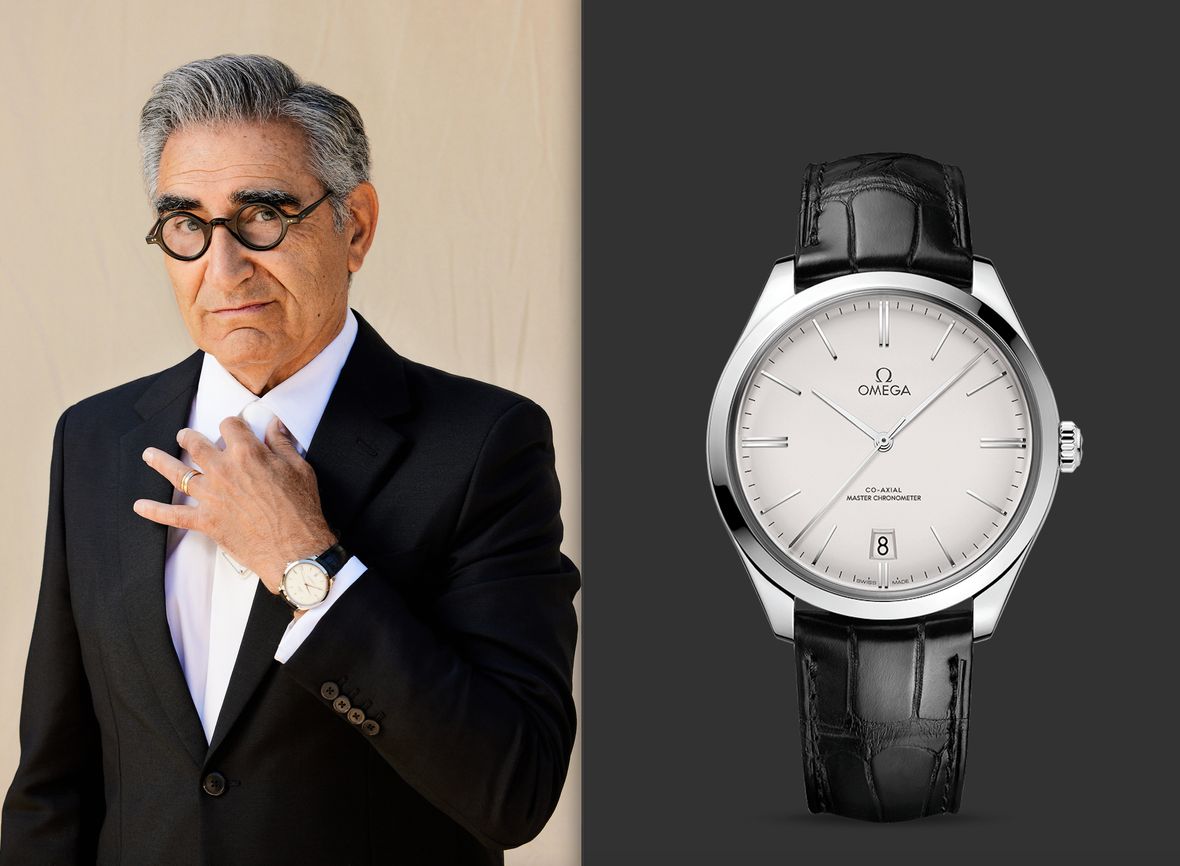 Nominated for both Best Male Actor and for Best Ensemble in a comedy series for his role in Schitt’s Creek, Eugene Levy could also be spotted wearing a model from the Omega De Ville Trésor collection for the 27th Screen Actors Guild Awards. However, unlike Steven Yeun and Sacha Baron Cohen who chose the time-only model in 18k yellow gold, Levy opted for the date-displaying version of the watch in stainless steel and fitted with a silver opaline dial.

Just last month at the 78th Annual Golden Globe Awards, Eugene Levy could be seen wearing the Speedmaster Grey Side Of The Moon “Meteorite” but it seems that the actor also jumped on the dress watch trend for this year’s SAG Awards and selected a De Ville Trésor model for the event. Similar to the models worn by the Yeun and Cohen, Eugene Levy’s Omega De Ville Trésor watch is powered by a manually-wound movement with a 72-hour power reserve; however, the one found inside his watch is the Caliber 8910, which lacks the Sedna Gold balance bridge but includes the added functionality of a date window at the 6 o’clock location.