The Omega Speedmaster is one of the most intriguing timepieces ever produced. The brand beat several other notable luxury watchmakers in a bid to become the official watch of NASA, which won it a ticket straight to the Moon in 1969. Enthusiasts often refer to the Omega Speedmaster as the “Moonwatch” because it was the first timepiece worn on the surface of the Moon and participated in every lunar mission that followed. Shortly after the Speedmaster’s first trip to space, the Mark II variation was introduced with the ref. 145.014. Both editions continued production alongside each other and ran on the same movement until the MKII was re-released in 2014 with a self-winding Co-Axial movement. 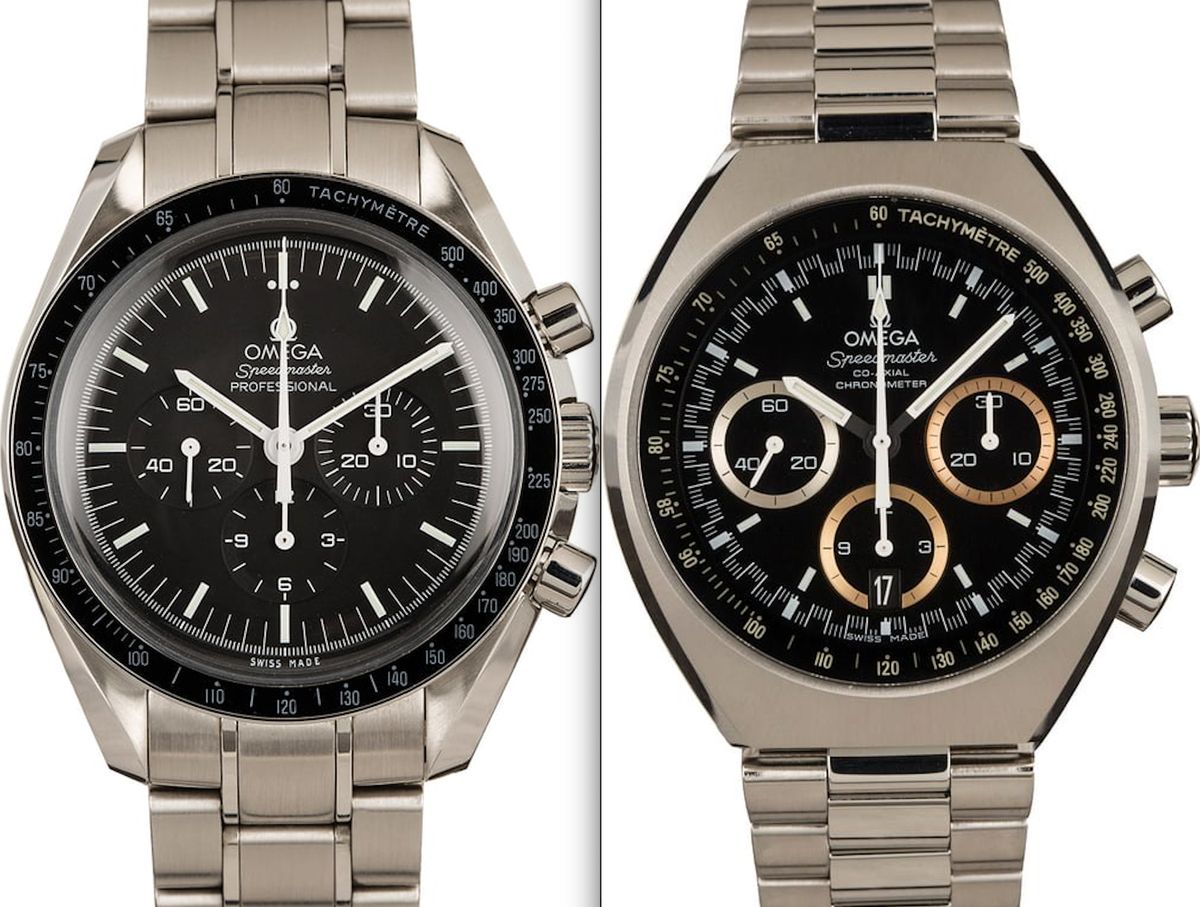 The original Mark II also received a different, yet similar tri-link bracelet that was released in two variations, the 1162 and 1159. The 1162 bracelet closely resembled the 1171 Moonwatch bracelet at the time, while the 1159 was a bit flashier with polished side links and satin center links. When it comes to the dial, the Speedmaster Professional and the original MK II are nearly identical, with the main difference between the two being the “Mark II” text on the dial. 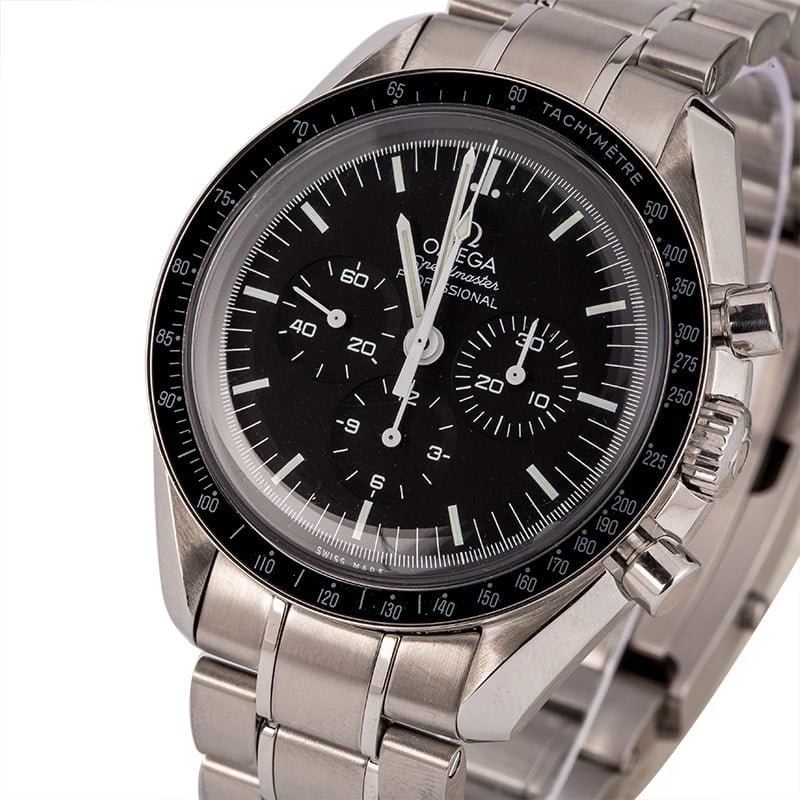 The overall design of the Omega Speedmaster MKII was intentionally different than that of the Speedmaster professional, which was developed to cater to emerging watch trends in the 1970s. Thanks to its unique feature set, the MK II became a cult favorite among many collectors in-the-know and was re-released several years later in 2014 under the ref. 327.10.43.50.01.001.

The Speedmaster Professional, on the other hand, is a true classic in the Omega catalog that is instantly recognizable for its slimmer case with twisted lugs and its external tachymeter bezel. As both modesl are chronographs, they offer virtually identical functionality; however, the MKII represents a noticeable aesthetic departure from the original Omega Speedmaster Moonwatch. Despite their outward differences, both Omega watches are still highly capable mechanical chronograph wristwatches that are suited for professional use. Additionally, both the classic Speedmaster Professional Moonwatch and the original Speedmaster MKII run on hand-wound movements, whereas the newer model MKII that was released in 2014 is powered by a self-winding Caliber 3330 Co-Axial movement with a 52-hour power reserve. 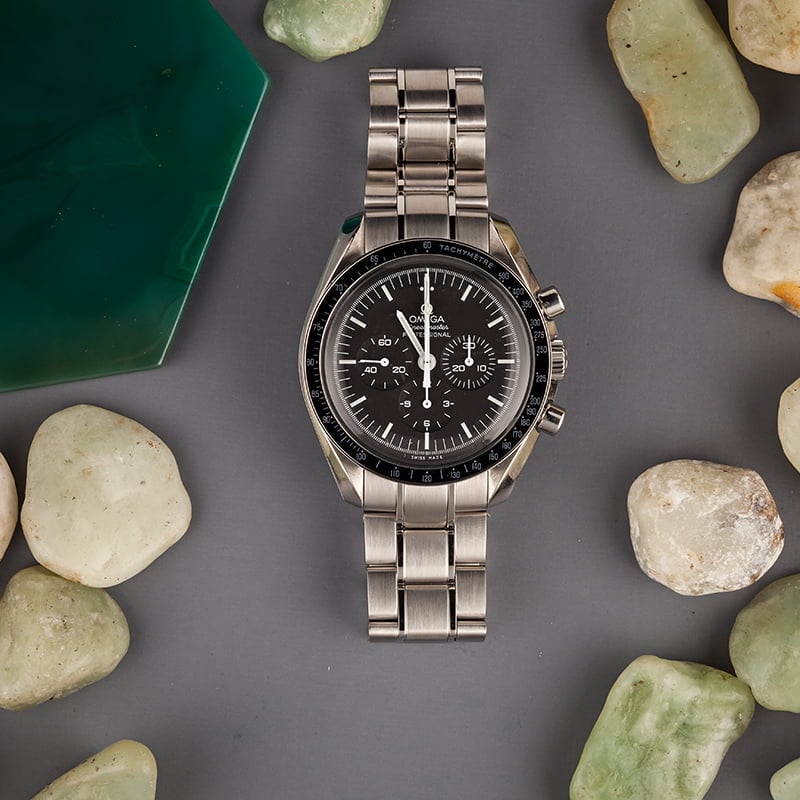 When comparing the Speedmaster Professional Moonwatch to the MK II, it’s worth taking a closer look at the differences between the vintage and modern Mark II editions. The original Omega Speedmaster MKII was followed up with several variations that were appropriately named the Mark III through the Mark V, with differences present between each version. The Speedmaster MKV was introduced in 1984 and was the last in the line until just recently. 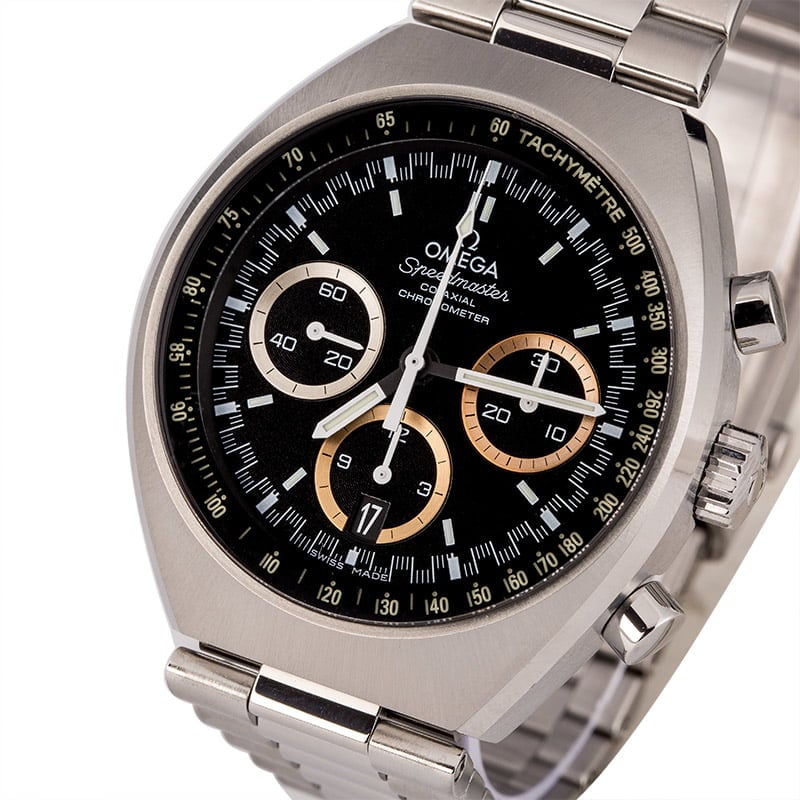 Omega re-released the Mark II with the ref. 327.10.43.50.01.001 in 2014, which was also produced in various editions, including the limited edition Rio 2016 Mark II and the Racing Mark II. Both the old and new versions of the Mark II dial feature a similar case and bracelet with the earlier models measuring 41mm in diameter and the latest models measuring 42mm. The bracelet also received an upgrade from a simple folding clasp to a modern twin trigger release clasp.  There are also slight nuances between the dials with the newer model featuring improved Super-LumiNova and the addition of a date display. As mentioned above, the newer model also received a self-winding Co-Axial movement.

If you’re familiar with the Omega brand, it goes without saying that the Speedmaster collection is an absolute necessity for any collection. While the Speedmaster Professional Moonwatch is more recognizable and well-known, it’s worth taking a closer look at its unique cousin, the Speedmaster MKII and its many variations. 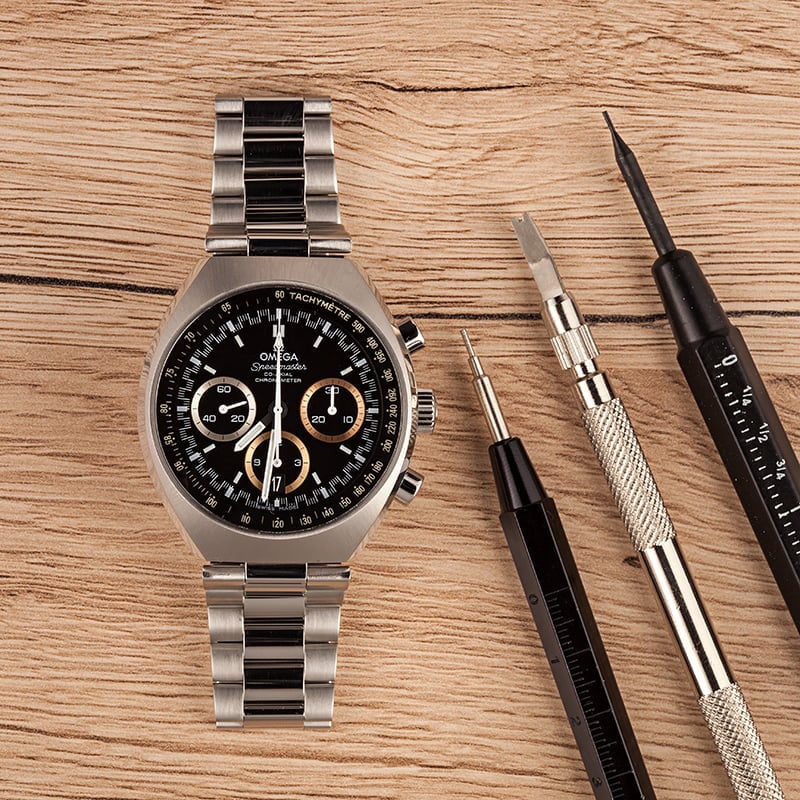