An Excursion to Iceland with the Rolex Explorer Ref 214270

The Rolex Explorer I, like the Rolex Explorer ref 214270, is one of the most understated and overlooked sports models in the legendary Swiss watchmaker’s arsenal. It doesn’t come in different colors or precious metals, just black and stainless steel. Its devotees favor it for precisely that reason, along with its truly impressive heritage. No mere made-up name applied to a dial in order to boost sales, the smooth-bezel Explorer was introduced by Rolex after New Zealand-born mountaineer Sir Edmund Hillary made his famous ascent of Mt. Everest in 1953 wearing a Rolex Oyster Perpetual. 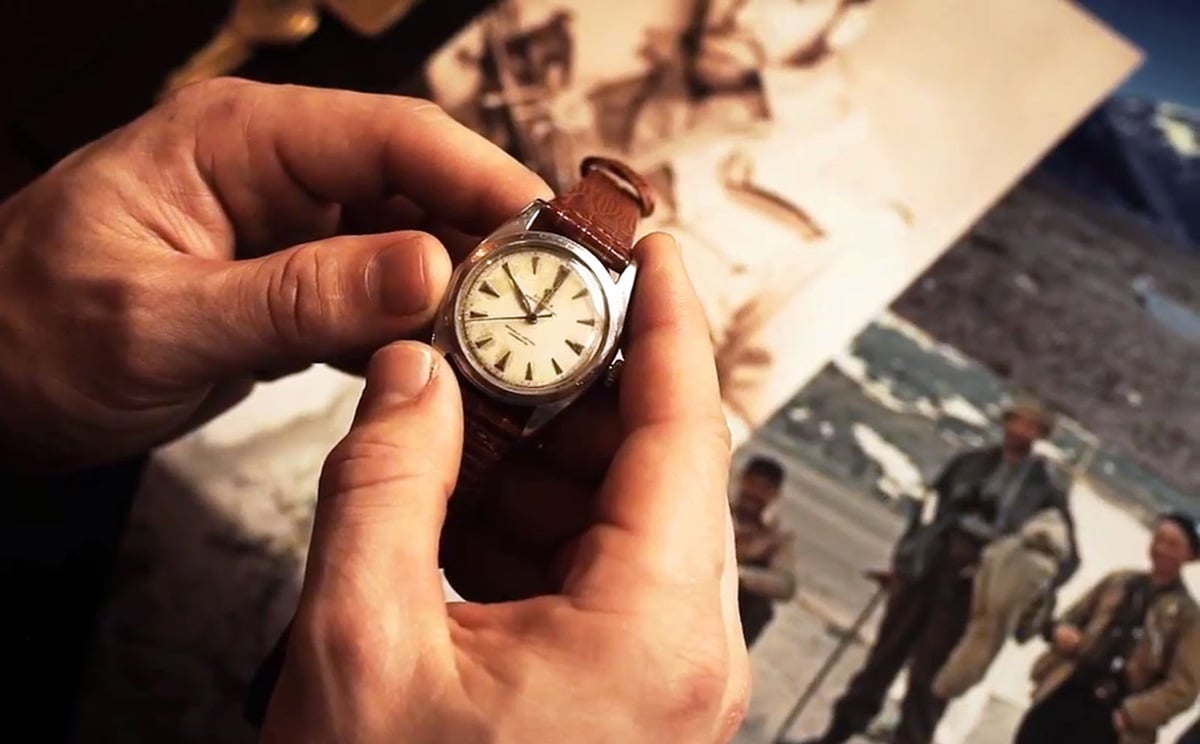 The Adventurer’s Watch: the Rolex Explorer

Needless to say, vintage Rolex Explorer models like a 1950’s Explorer are extremely valuable today. And Hillary wasn’t the only well-known proponent of the Explorer; Ian Fleming, creator of James Bond, wore an Explorer I, which could well have been the watch he intended for 007 as well; the first mention of a Rolex in the original books doesn’t specify the exact model worn. 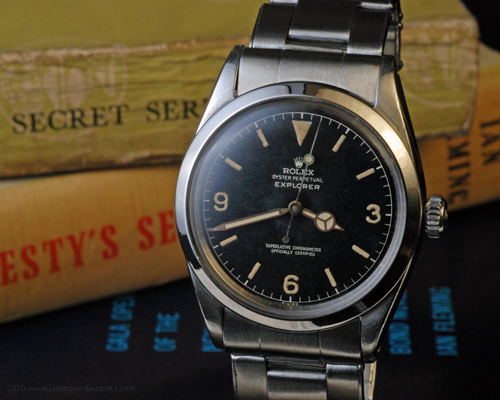 The Rolex 1016 Explorer, which was the model worn by Ian Fleming, and thought to be the original James Bond watch mentioned in, “On Her Majesty’s Secret Service”. (Credit: Dell Deaton, Rolexforums.com)

Style icon Sid Mashburn swears by it, calling the watch the perfect combination of sportiness and elegance. The modern Explorer has certainly been updated, but the DNA of the original watch is clearly present. The newer 39mm size of the ref. 214270  is the latest evolution of the ref. 14270 introduced at the end of the 1980s, allowing the watch to hold its own among larger models. 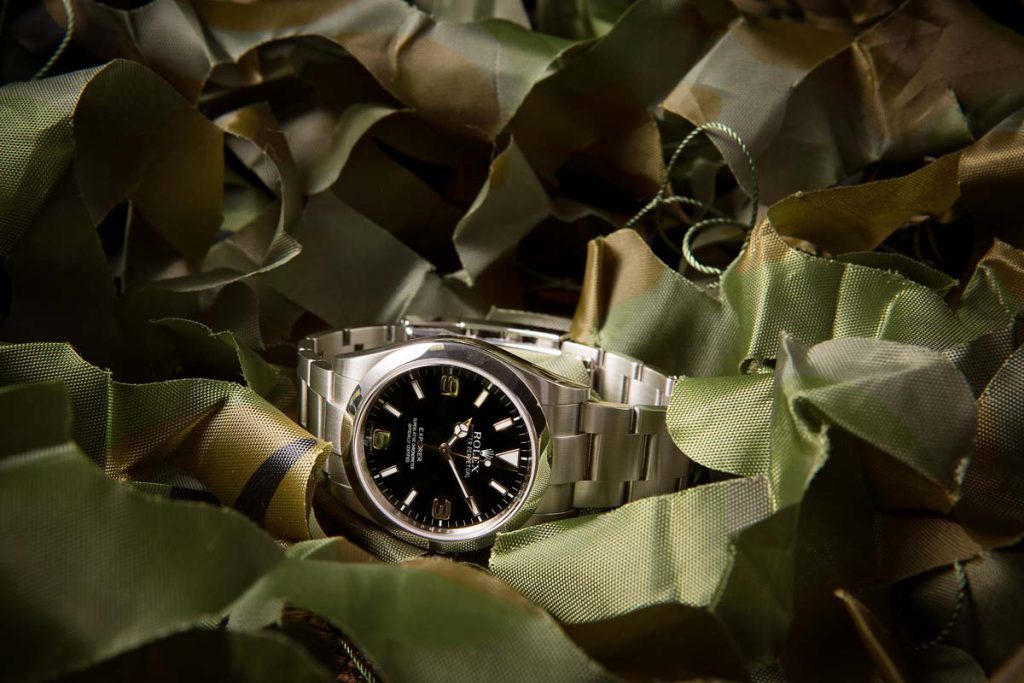 The Explorer remains true to its nature in being a watch for the adventure seeking wearer.

The 214270 introduced a couple subtle new features for the famed reference: 3, 6 and 9 numerals filled with Chromalight, a luminescent material emitting a long-lasting blue glow, like the hour markers and hands, the latter now being broader and longer. We recently tested out the 214270 in a suitably rugged location: Reykjavik, Iceland and environs, including inhospitable volcanic lava fields, arctic glaciers and geothermal pools where most people fear to tread. 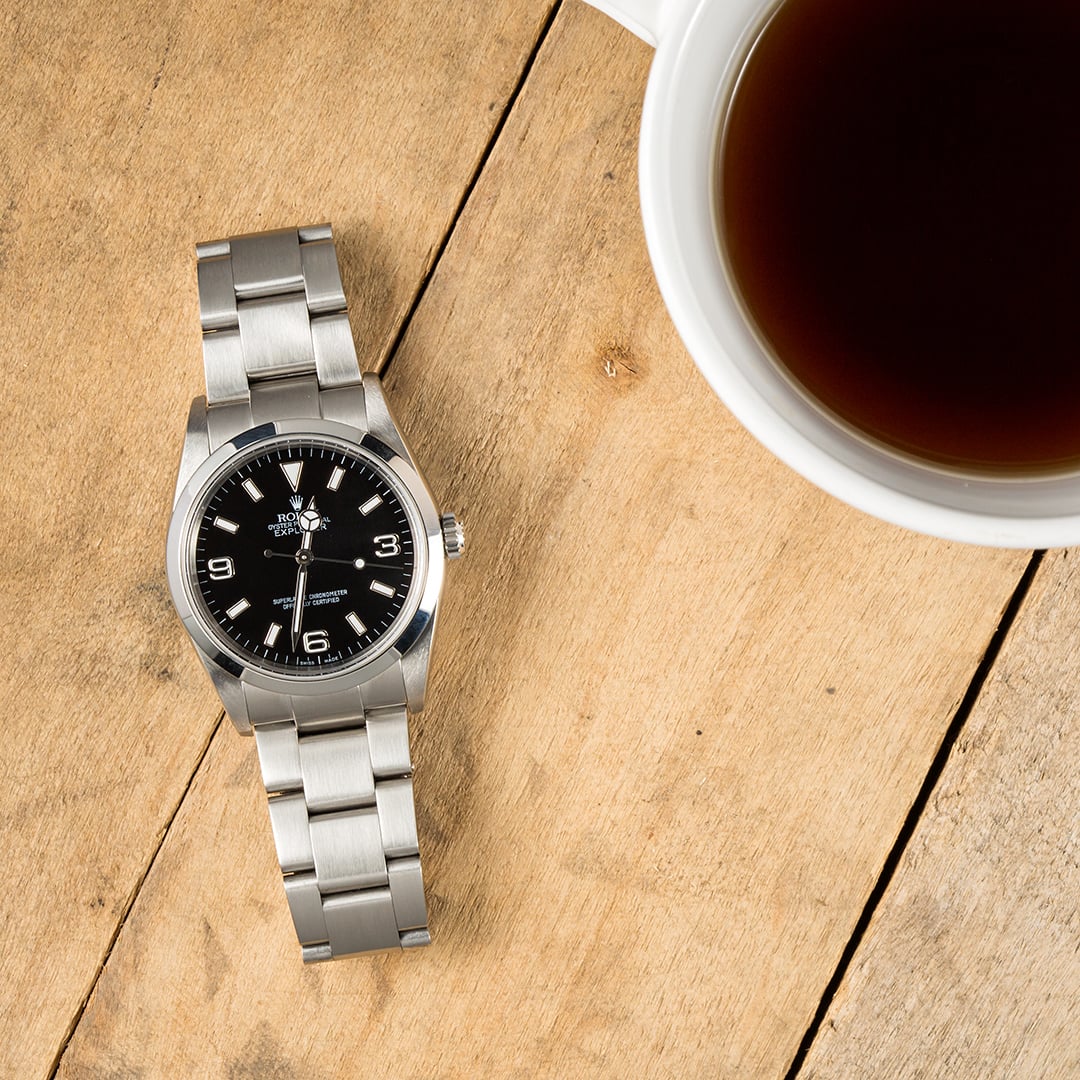 Wearing an Explorer I in an urban setting might be a simple style choice, but in an environment like Iceland, the watch’s true purpose comes to the surface. For one thing the weather is guaranteed to be intense. Even without submerging the watch, the Explorer’s waterproofing was still put to the test. Upon arrival in the country the first thing we did was travel to a lava field in the middle of a howling gale to don all-weather suits and ride out on ATVs. The conditions were pretty harsh but the Explorer didn’t miss a beat, providing the same accuracy it did for Sir Edmund Hillary. 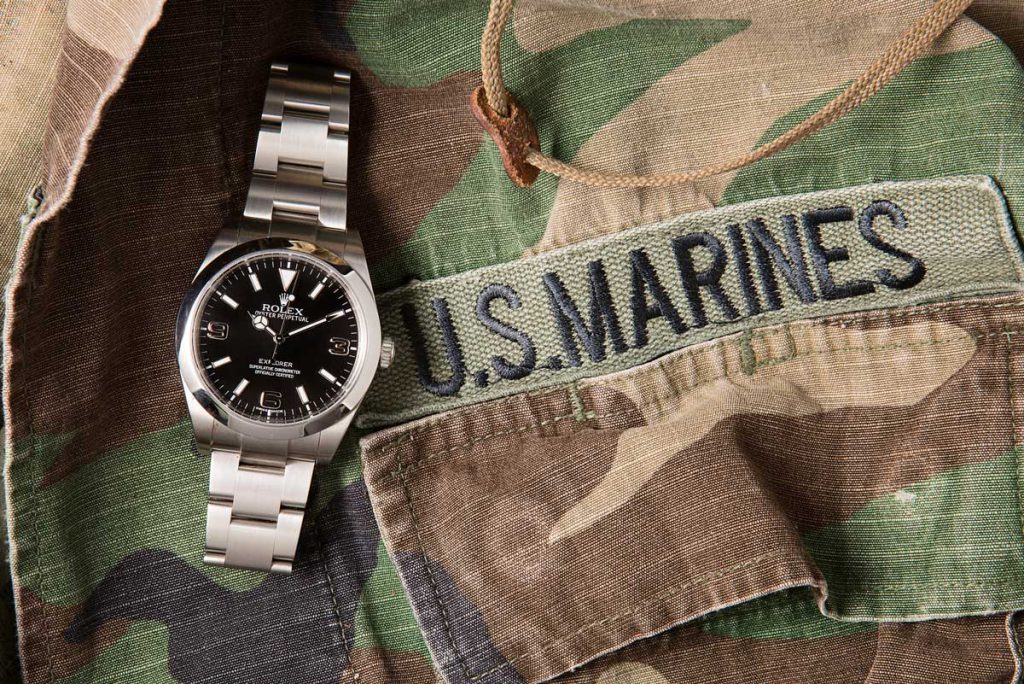 The Explorer is a hardy watch capable of going nearly anywhere.

Ditto on our excursion to the glacier in a huge truck with the ability to cross rivers and climb steep ridges of snow and ice, and a dip in the famous geothermal pool known as the Blue Lagoon. We can’t think of many other watches that would have been appropriate under those conditions, and yet still eminently suitable for the elegant evenings out in Reykjavik that our itinerary also called for. We can’t think of a better environmental test than that – can you?

Where would you take your Rolex Explorer if given the chance? Comment below.