In recent years, Mayer has moved away from the acoustic sounds that shot him to fame, his most recent album drawing inspiration from 1970’s pop music. Another project that’s gained acclaim was forming Dead and Company with three former Grateful Dead musicians which has been hugely popular.

There’s no doubt this notorious Hollywood playboy has also lead a colorful life in and out of the limelight. So, it was no surprise to us that Mayer chose a Royal Oak Offshore Diver Funky Colours in Turquoise Blue by Audemars Piguet. Let’s take a close look, shall we?

The case of the Royal Oak is recognizable from a mile away. Those octagon sides, curved ever-so-slightly on the edges, accented by signature hexagonal screws directly inspired by those old-school diver’s helmets. First introduced back in 1972, this watch has become an iconic symbol and staple for Audemars Piguet. Sporty yet elegant, this watch has also been a top choice for the rich and famous.

As the years went on, AP began releasing other models of the Royal Oak, including the Offshore Diver which was the first of the Offshore line that could survive a dip in the pool or a scuba dive. What’s unique about this reference is the simplicity, the idea behind it being that while diving, you’re actually too busy to be worrying about a dozen complications on the dial. Instead, you’ll just find a simple inner rotating bezel, hour markers, bold hands and the date at three o’clock.

The stainless steel case of this watch is also massive, clocking in at a whopping 42mm and a thickness of 14.1mm. Inside the ref. 5710ST is a self-winding 3120 automatic mechanical movement boasting 40 jewels and 280 parts that hold a 60-hour power reserve for precision timekeeping. 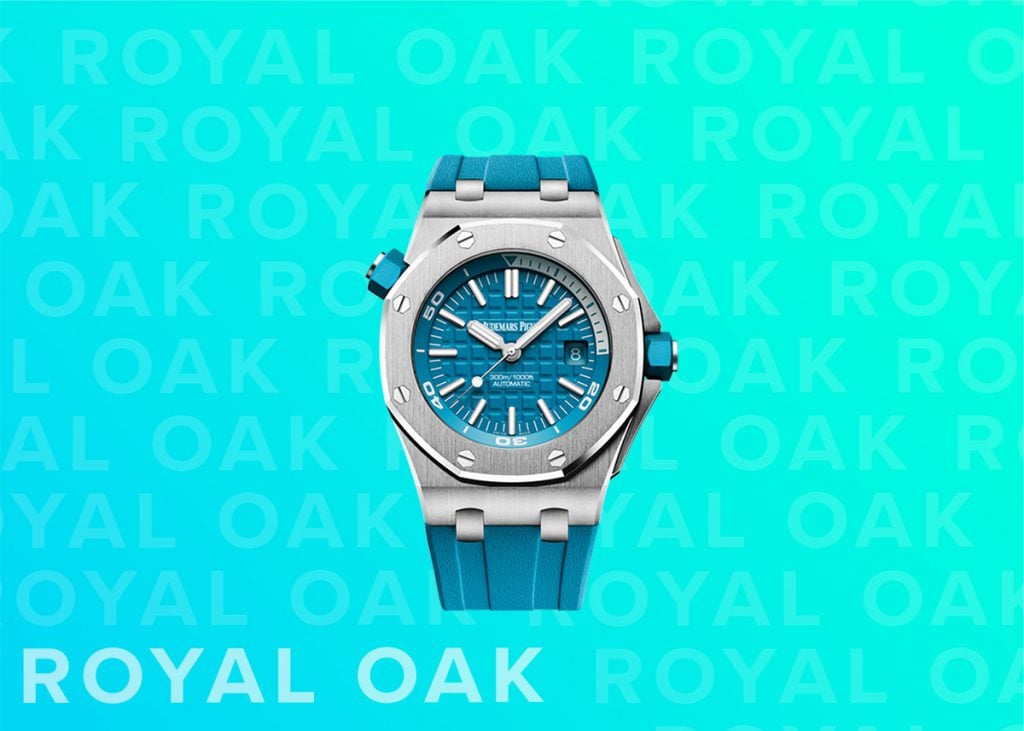 Now the fun, and most notable, part of this Offshore Diver, the incredible color. AP calls it ‘Tropical Turquoise,’ and they’ve worked it into both the face and the band. The turquoise blue dial has been laid on top of the famous “Méga Tapisserie” pattern, the white gold hour markers simply shining against the ‘funky’ color. The hands have also been coated with a luminescent, allowing them to shine in low light and pop against the blue face and matching rotating inner bezel. To round off the look, Audemars Piguet has added a Turquoise rubber bracelet that enhances the watches cohesiveness while still playing into the inherently sporty feel of the watch itself. 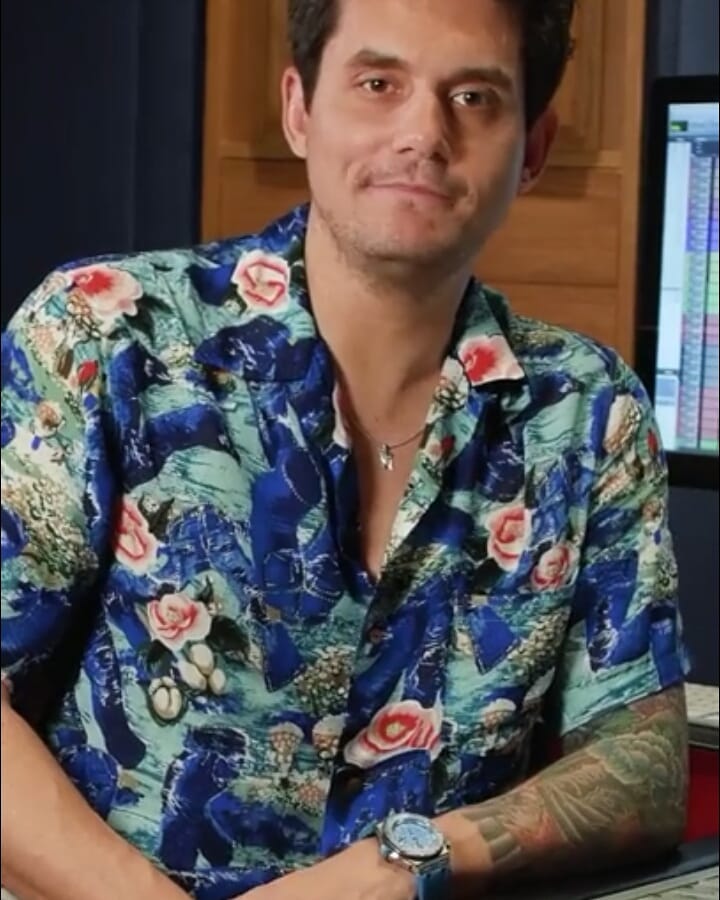 While the idea of the Offshore Diver was to originally be a pretty simple watch, we love how the horlogerie has taken the opportunity to add a splash of uniqueness to this timepiece with these fun colors. Besides the turquoise sported by Mayer, you can also get this watch in Purple, Sand and Green.