A Look At The Titanium Panerai Luminor Marina

Panerai watches are undoubtedly show-stoppers. With large cases, clean lines, and straightforward dials, Panerai watches are instantly recognizable. So much so, that to the untrained eye, all Panerai watches may look very similar, or even identical. Yet, that is certainly not the case. As a matter of fact, each subtle difference across various Panerai models feels like it was a very deliberate choice. And considering the history of Panerai supplying watches to the Italian Navy, this culture of small variations making all the difference goes back a long time. 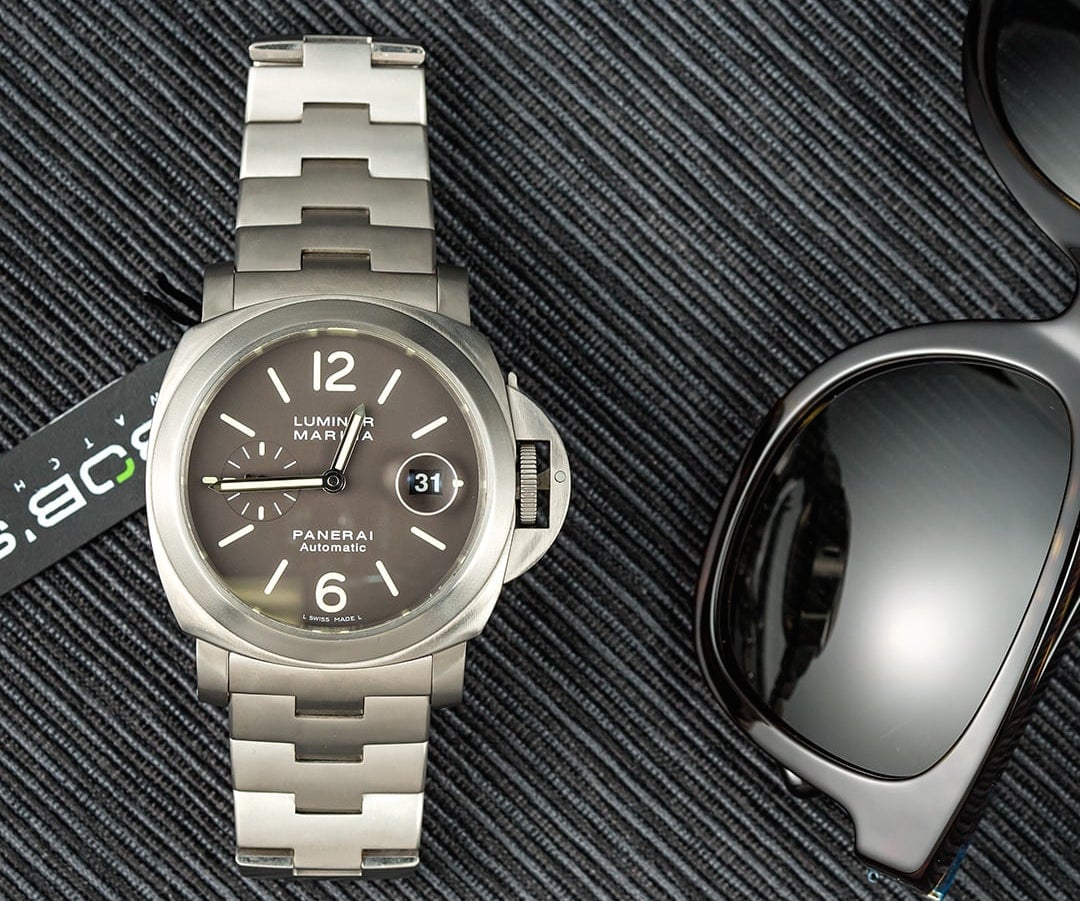 Less than 25 years ago Panerai watches were still made exclusively for military forces.

Because of its current widespread popularity, it’s hard to imagine that less than 25 years ago Panerai watches were still made exclusively for military forces. However, in 1993 that all changed when Officine Panerai unveiled a collection of three models for the public market: the Luminor, the Luminor Marina, and the Mare Nostrum. These newly available timepieces caught the attention of none other than Sly Stallone while he was in Italian. Not only did Sly wear a Panerai in his movie, Daylight, but he also ordered a batch of custom made Panerai models dubbed the Slytech. A recipient of one of these watches was Sly’s good friend, Arnold Schwarzenegger, who continues to be a fan of the brand today. All of this celebrity attention eventually led to the purchase of Officine Panerai by the Vendôme Luxury Group (known as the Richemont Group today).

Panerai Luminor and Panerai Luminor Marina models are essentially the same except for the small-seconds subdial at 9 o’clock on the Marina variants. This particular Luminor Marina PAM 296 made its debut in 2009. It sports a 44mm case brushed titanium case with matching titanium bracelet. On the side of the case is the bridge protecting the crown guard that is characteristic to the Luminor collection. Closing the bridge renders the Panerai case completely watertight, thus making the watch waterproof down to 1,000 feet (300 meters). 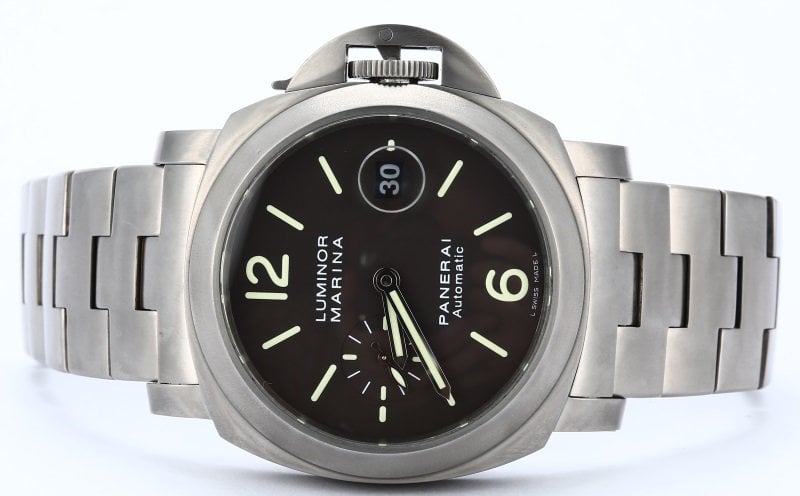 The tobacco dial features the magnified date window at 3 o’clock, along with the small-seconds register at 9 o’clock. Also on the dial are the iconic oversized luminescent numeral and baton markers for optimal legibility in almost any situation. The two center hands are, of course, also luminous, as is the small-seconds indicator. Protecting the face of the PAM 296 is scratchproof and robust sapphire crystal. Making this Panerai timepiece to rock on your wrist. 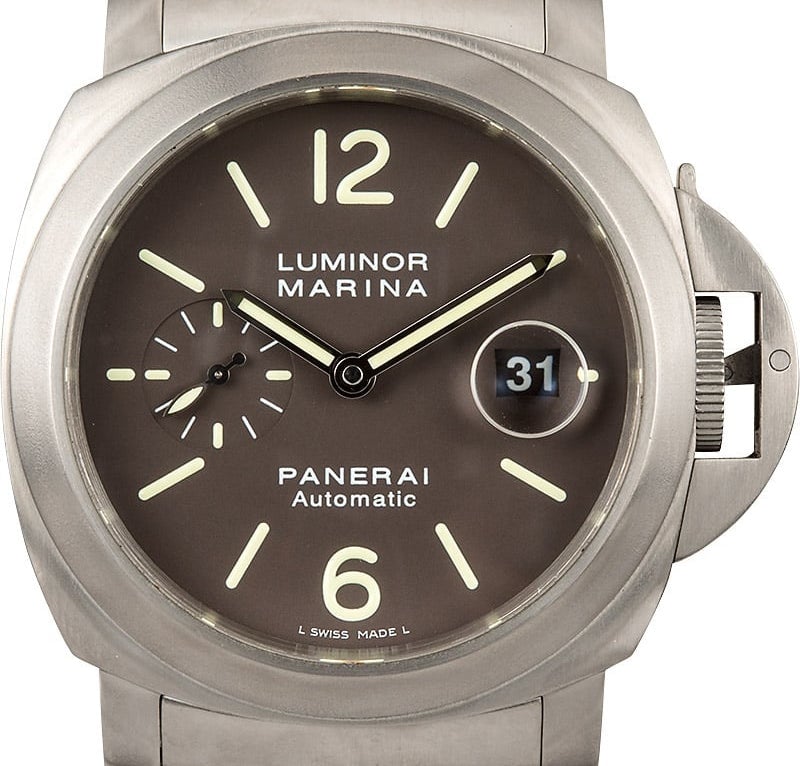 Beating at the core of the Panerai Luminor Marina PAM 296 is the Panerai OP III caliber. The automatic mechanical movement powers the hour, minute, small-seconds, and date functions and offers 42 hours of power reserve. The PAM 296 is a limited edition model and this particular one is numbered 492/500.