Bell and Ross have tasked their design team with creating a new conceptual racing plane. And with that in the works, they thought, “why not make a new luxury watch to match, too?” 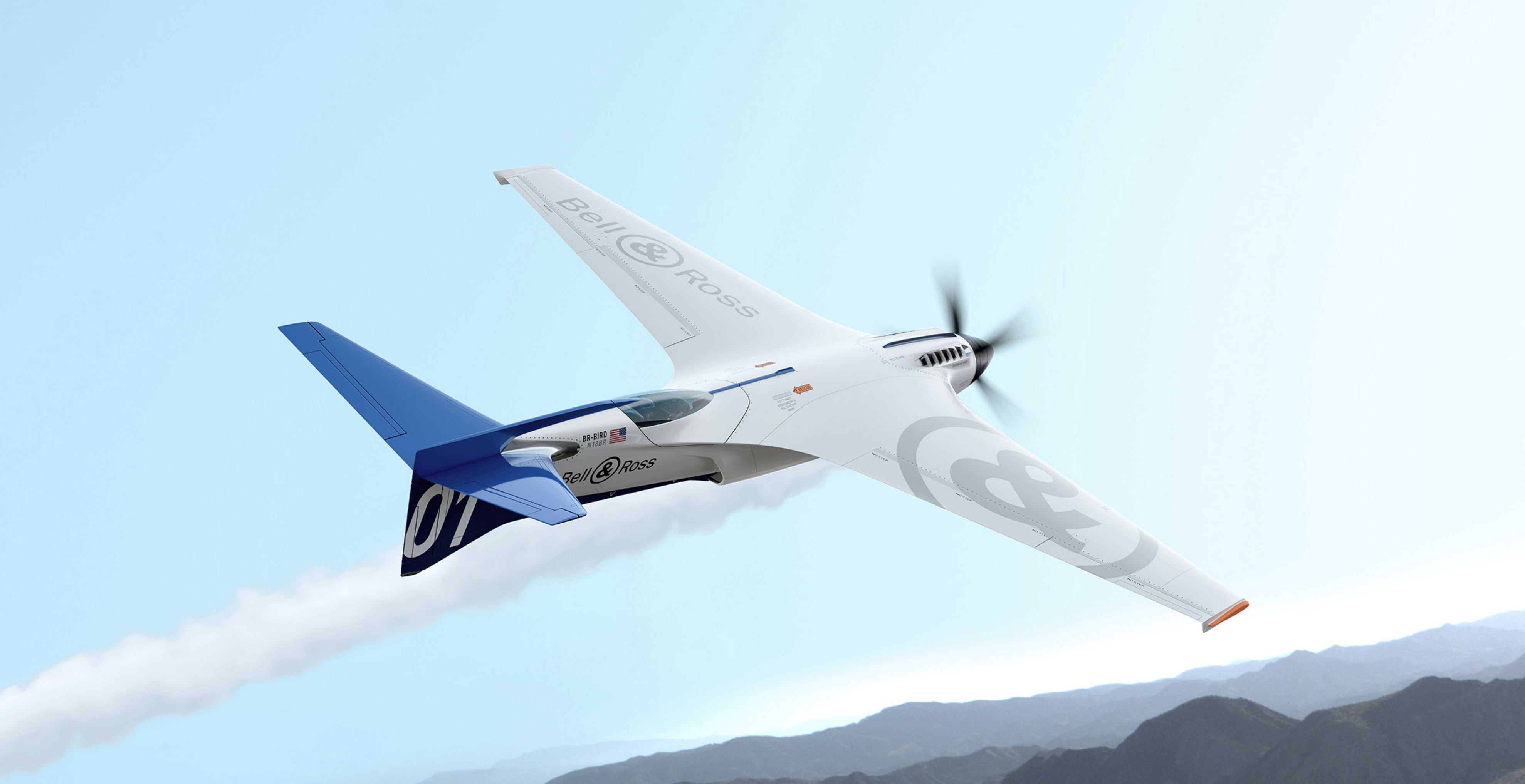 Meet the BR V2-94 Racing Bird Chronograph. Its inspiration was taken directly from the BR-Bird racing plane, which is a svelte propeller-driven racing plane that just competed in the Reno Air Races in September.

Like the plane, the watch features a stark white dial that’s clean and minimalistic with blue accents in the second markers which alternate between gray and dark blue. The dial also features a unique three-day date that’s reminiscent of a plane gauge.  Both of these details setting this watch apart from the other BR models.

Over there at three o’clock, there’s an orange accent, a small arrow pointing to the date. And, have you seen those hands? Not only is it outfitted with beautiful sword hands (featuring Superluminova on top, might we add), but it also has a blue second hand with the most wonderful detail of a tiny airplane at the base. If the nod to the plane wasn’t clear before, this literal reference will surely do it.

Now, the BR V1-92 is built within this well-sized 38.5 mm stainless steel case, housing an automatic Sellita SW300-1 with a 28,800vhp frequency and 38-hour power reserve. The case is also finished off with an ultra-curved sapphire with anti-reflective coating, totally necessary for reading when you’re flying high above the clouds into the glare of the sun. 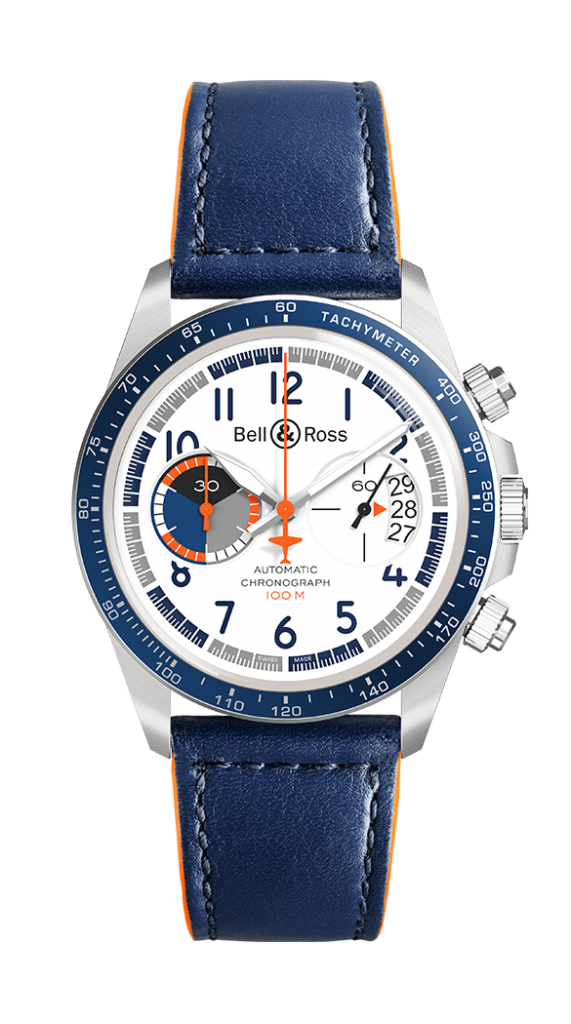 The Blue Calfskin strap in all its glory

But what really ties this entire look together is the blue calfskin strap. Yes, some of you would argue it’s just a bracelet. But in this case, of a watch with such simplicty, the color of the watch really brings out the blue in the dial and reinforces the reference to the plane itself.

Now, while they’re modeling this watch after just one plane, the company will be releasing this watch in a 999 piece limited edition collection. So if you’re dying to get your hands on one of these simple, modern beauties — you better move quick.