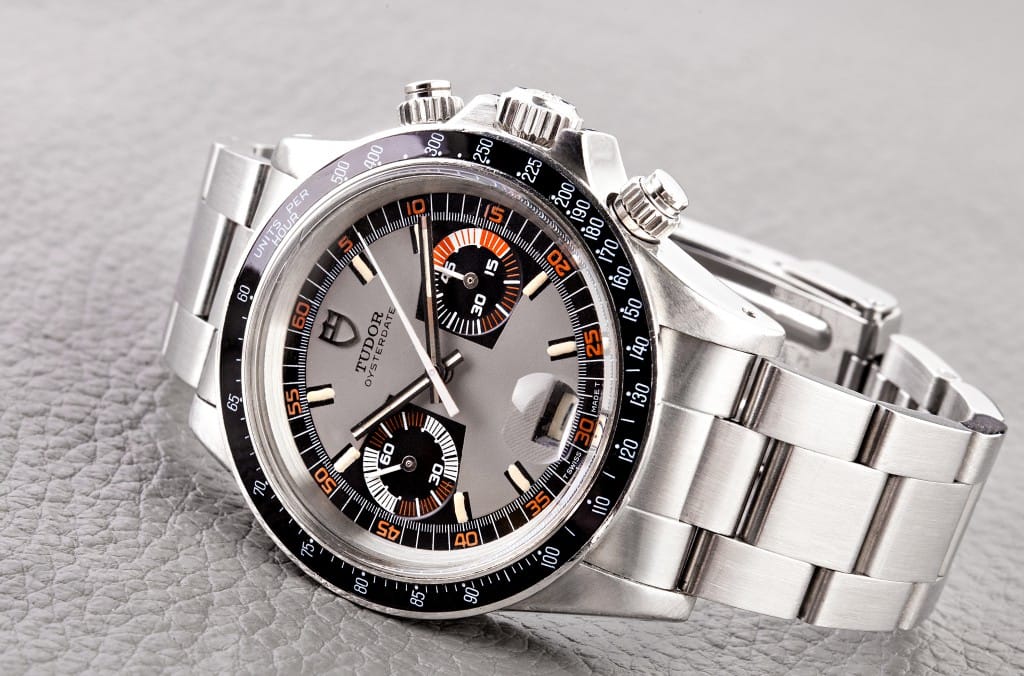 The Tudor line of Rolex watches, produced by Montres Tudor SA, appeared in the 1950s as a durable and affordable alternative to dressier Rolex models.  Despite their production as an “affordable” Rolex, the company demanded that Tudor watches comply to the same strict quality standards evidenced by other Rolex timepieces.  Tudors have become collector’s items due in part to their extreme durability and in part to their good looks that still garner attention when they are worn today.

Face of a Tudor Chrono Watch

One of the most enduring lines of Tudor watches was the Chronograph line.  Chronograph literally means “time writer,” and these Tudor watches are obviously intended as quality time keepers rather than simply being elegant accessories or durable dive watches.  Chronographs are hailed as some of the best time-keeping watches in history.

History of the Tudor 7149 Chronograph 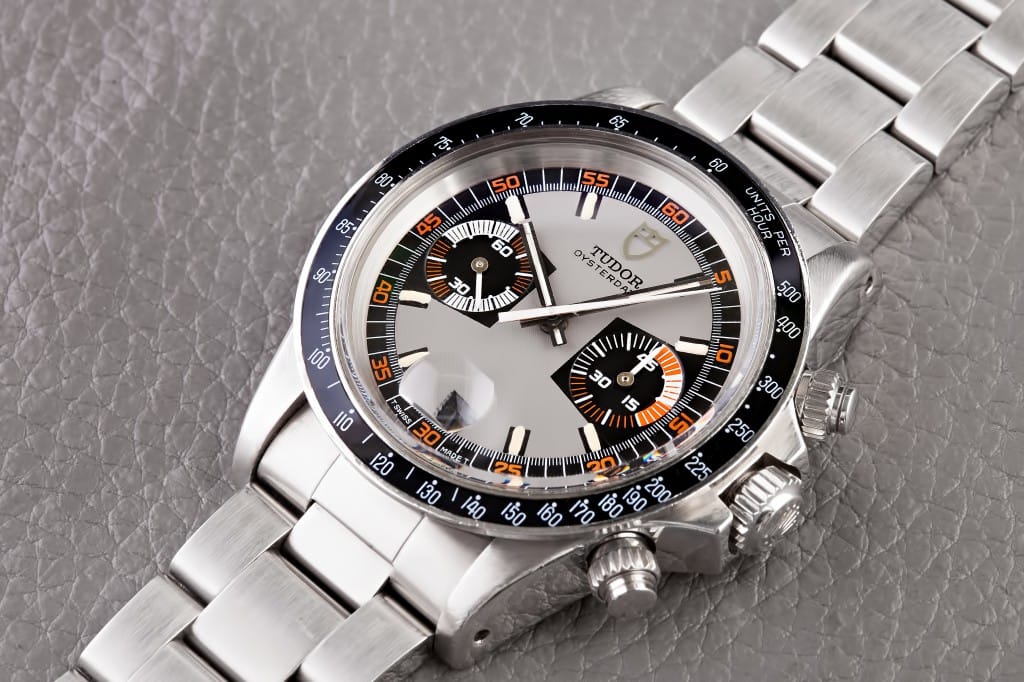 The Tudor Chronograph form was introduced in 1970 with the Reference 7031.  The Tudor Chronograph is very similar to the Rolex with a few minor difference.  For one, the Tudor cases tend to be fatter and taller than Rolex cases, hinting at their utility and durability.  The original Tudor 7031 featured manual winding and two-register chronograph functions. 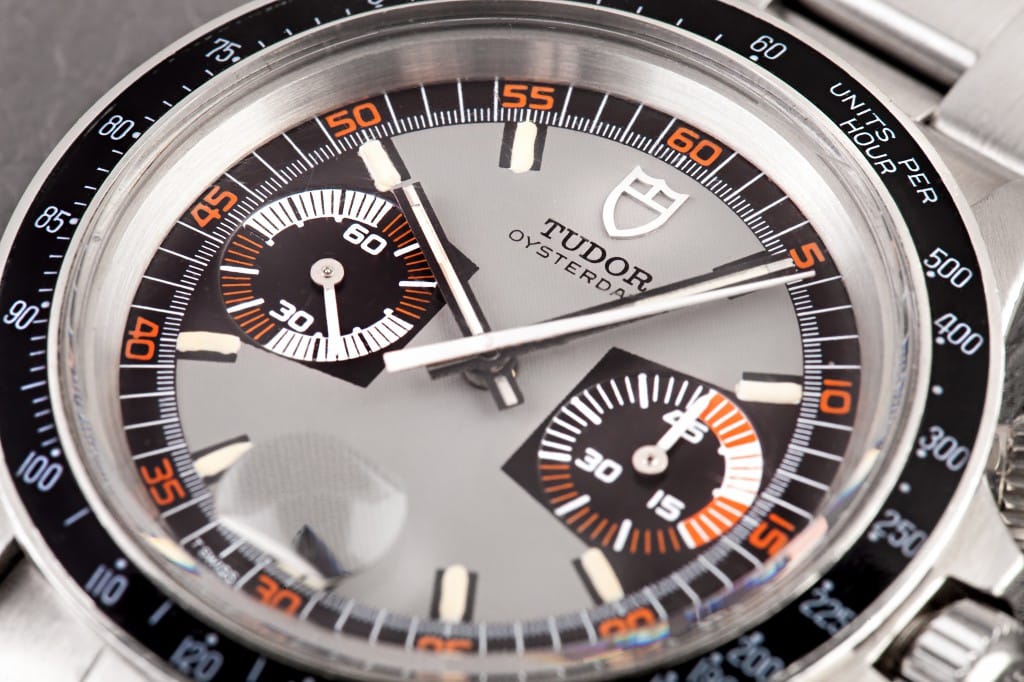 The 7031 featured a very iconic 70’s dial design that lasted through the next two variation of the Chronograph.  However, overall the original Chronograph line was not well-received, so the company altered the line in 1972.  The 71-series, of which the 7149 is the first version, featured a two-register chronograph and three case variations.

The Tudor reference 7149 resembles the classic Rolex Daytona 6263.  It features a Bakelite bezel and comes in either black or blue versions.  The 7159 featured a solid metal bezel like the Rolex 6265 and a tachymeter that went to 500, and the 7169 featured a metal bezel that could be turned, unlike any other Tudor watch.  Early Tudor Chronographs also featured wide, triangular hands although the 7169 featured “stick hands” that gave a more streamlined look to the entire watch. 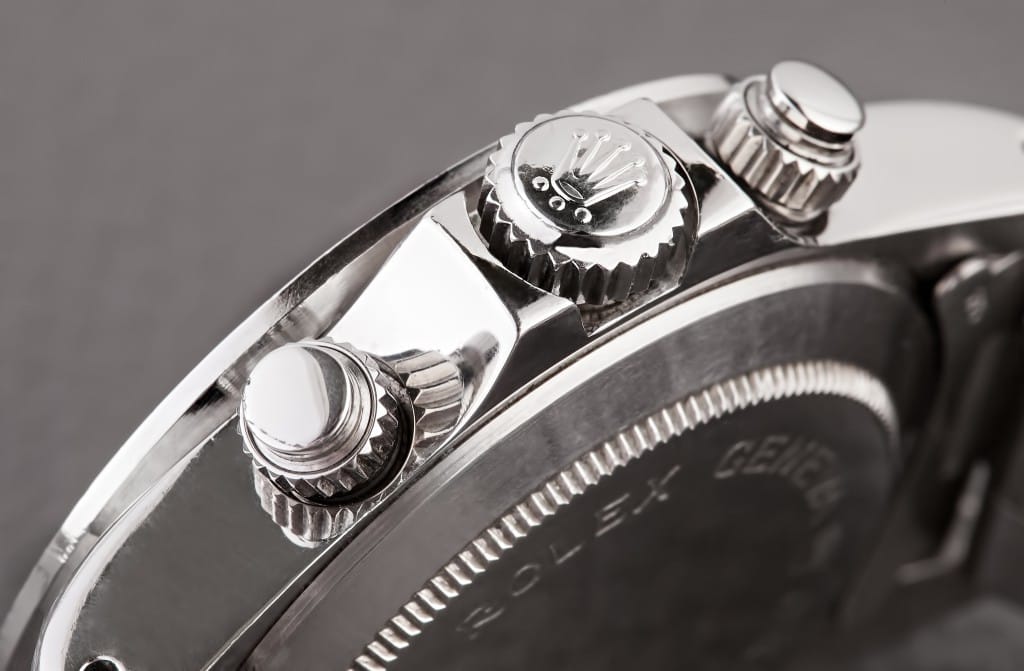 With the return of the Tudor brand to the United States in 2013, vintage Tudor watches are receiving more attention than in the past.  While the “Monte Carlo” designation of the 7169 is better-known, the 7149 has much to offer the vintage watch collector.  In fact, the 7149 may be more coveted by collectors due to its black bezel.

Bob’s Watches carries a full line of Tudor classic watches as well as all other types of Rolex watches.