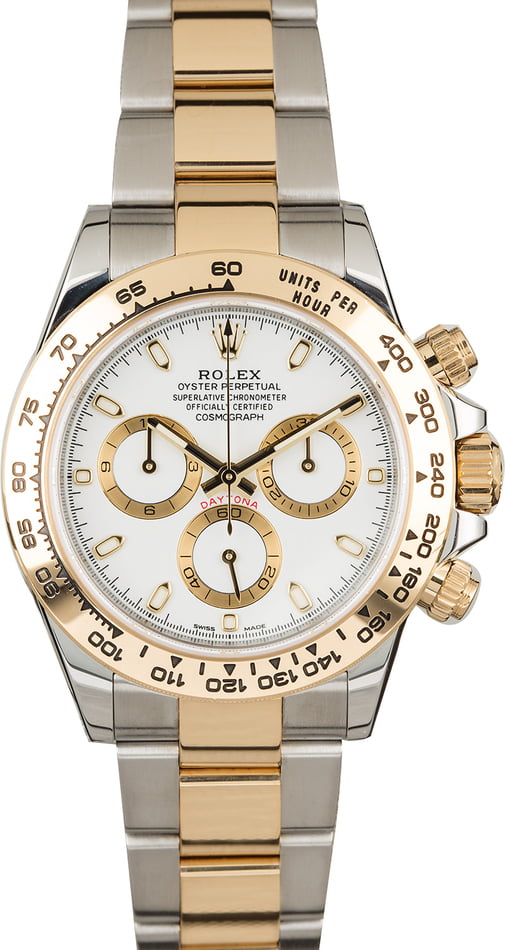 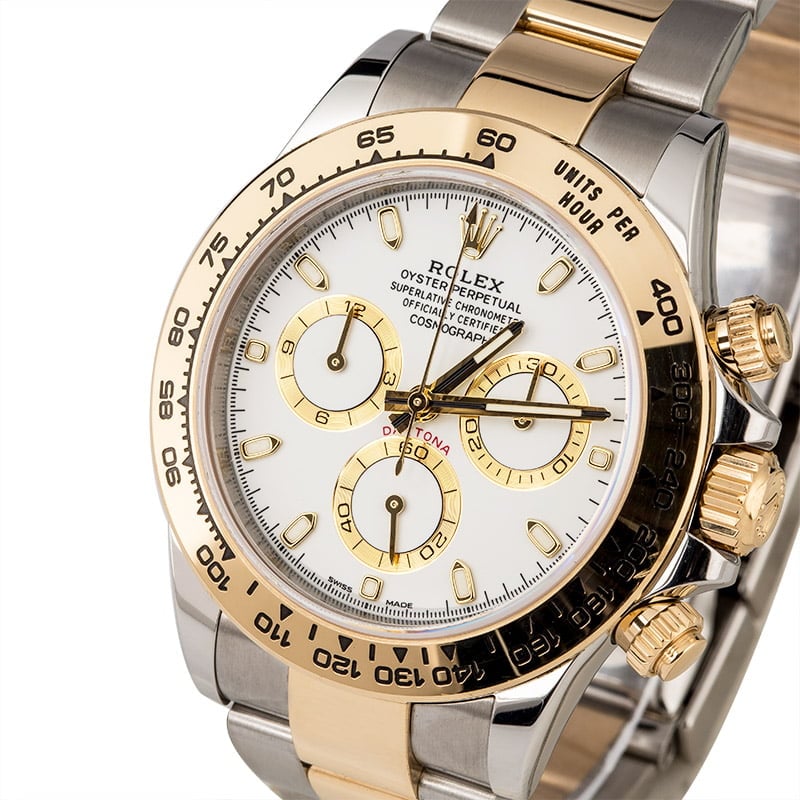 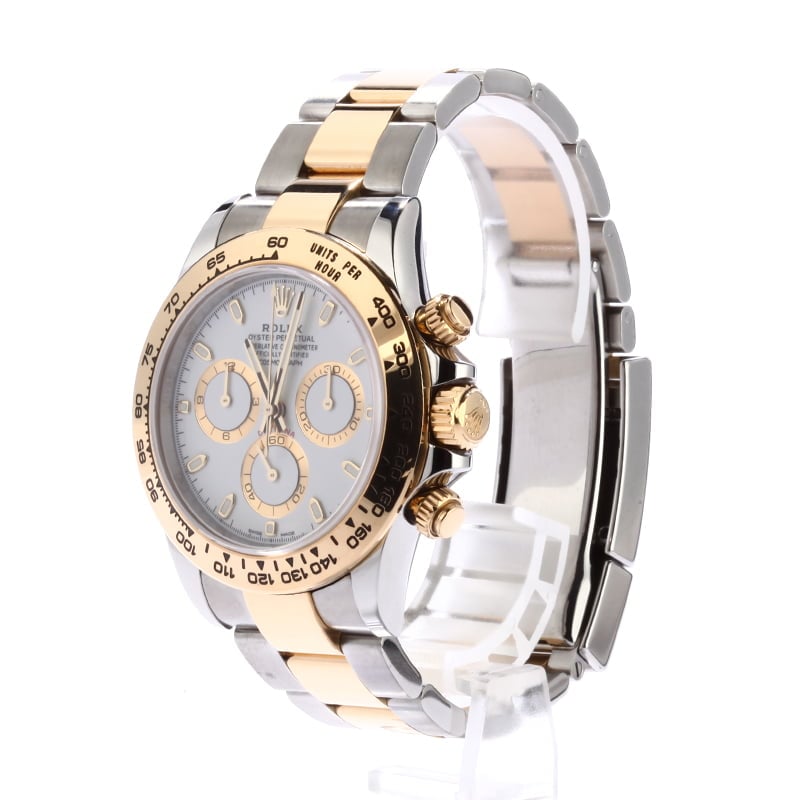 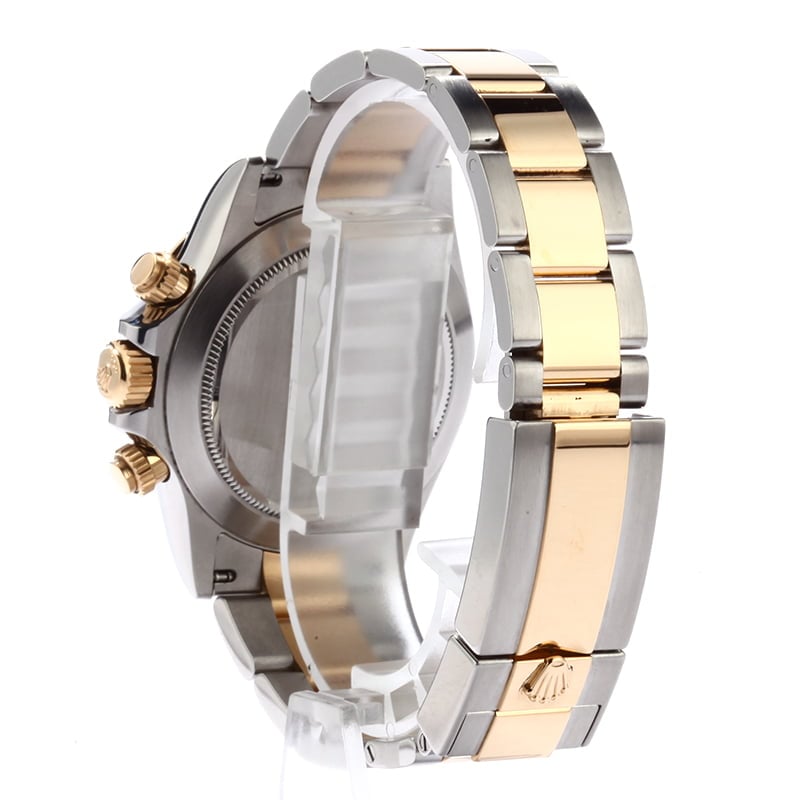 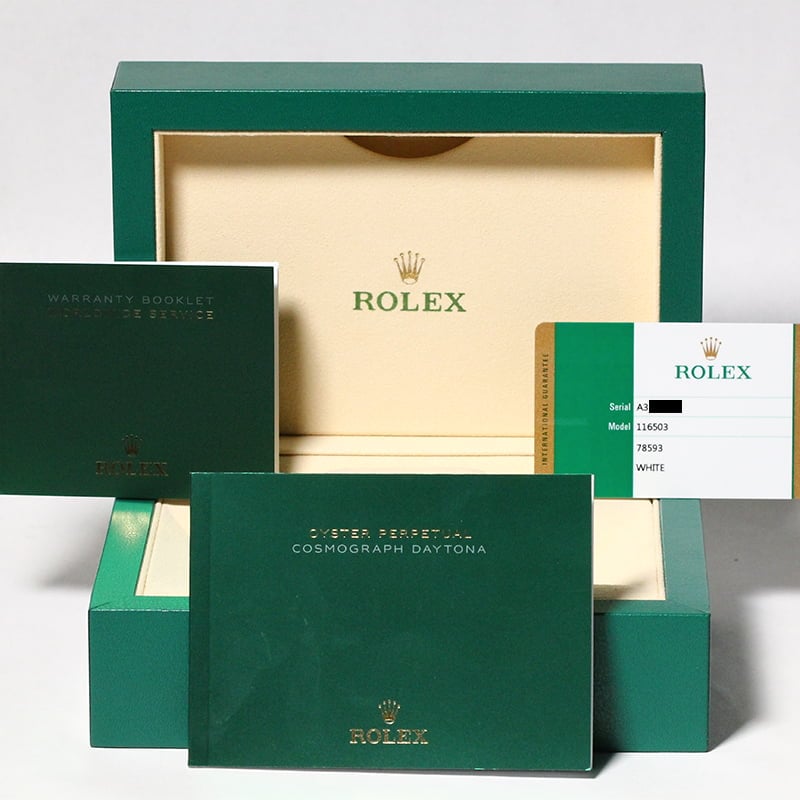 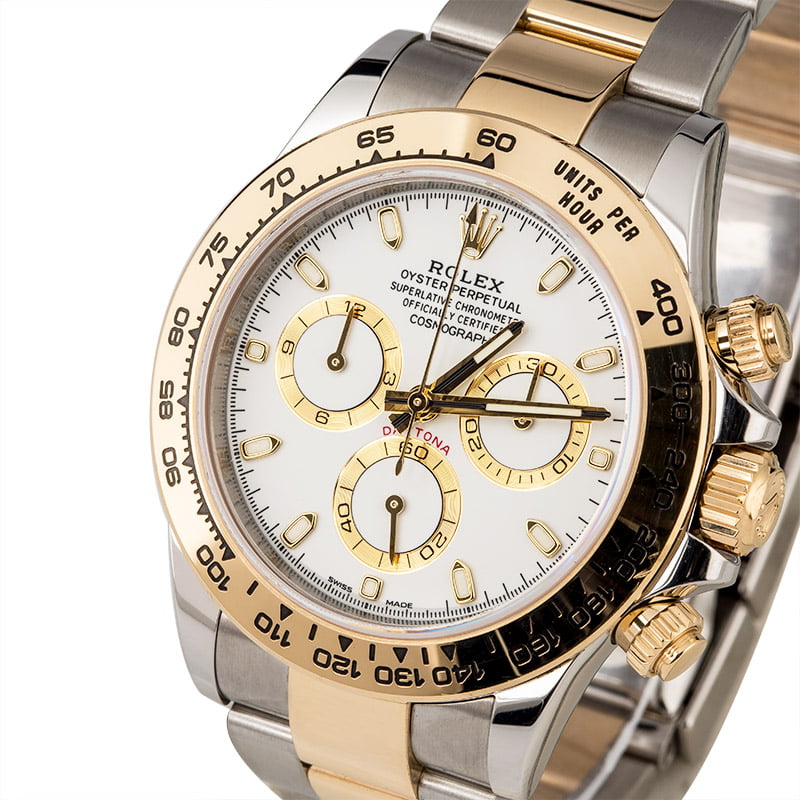 The Yellow Rolesor Rolex 116503 Daytona was released at Basel World 2016. The same year that the ceramic bezel Daytona released, this two-tone upgrade to the line was widely overlooked by collectors who primarily had their eyes on the ceramic reference. However, don't let the lack of ceramic bezel fool you, this modern Daytona is packed with many notable upgrades as well as the sophisticated and versatile style that only a two-tone timepiece can provide. The case and bracelet feature a similar aesthetic to its predecessor 116523, which debuted in 2000, only now the bezel displays the 400-kilometer scale with a fatter, more legible font and bolder triangular hashes. The rehaut is also now engraved with the brand's logo as an anti-counterfeit measure. The calibre 4130 perpetual movement has since been refined to also offer a greater accuracy of -2/+2 seconds per day to ensure a singularly reliable reading.