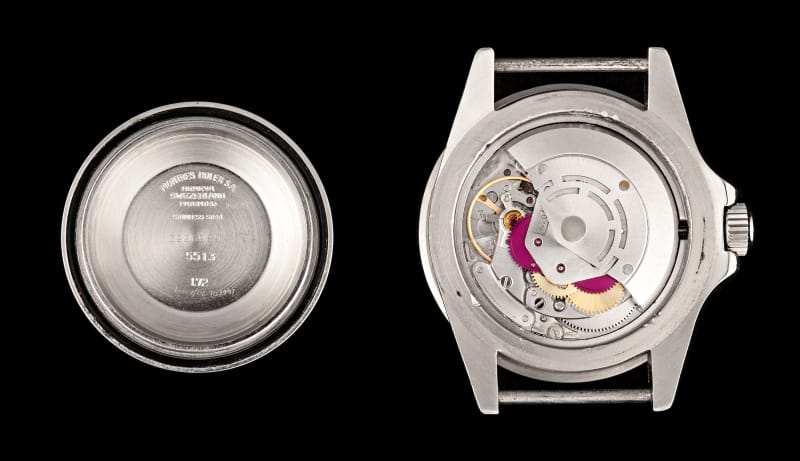 Though the aesthetical value and visual appeal of the Rolex is unrivaled, the real value of the watch lies within. The Rolex Perpetual movement is an exquisite, world-famous mechanism known for its certified chronometric performance. Though rarely seen, the parts that make up the watch mechanism are works of art in themselves, comprised of a myriad of shapes and colors, with various finishes. Another feature that defines the Rolex Perpetual movement is that all components are designed and created by Rolex. The mechanical self-winding movement offers ease of maintenance, reliable precision, and shock resistance, among its many features. 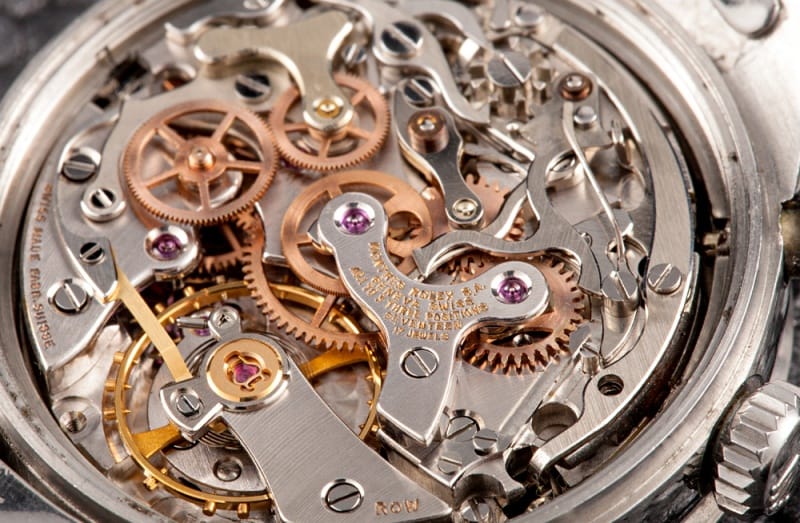 One distinct advantage of Rolex Perpetuals, is that one no longer has to wind their timepiece. Rather, the self-winding or perceptual mechanisms have built-in components that maintain the movement of the watch with the actual physical movement of the watch. Invented by Rolex in 1931, the perpetual motion mechanism consists of a half-moon-shaped oscillating weight rotating freely in both directions. The oscillating weight keeps the mainspring under continuous tension, providing the watch with a constant and stable source of energy. Thus, just wearing the watch will keep it wound and running precisely. Not having to wind the watch also protects again over-winding, which can have a severely damaging effect to the delicate components of the watch. Rolex was really a forerunner when it came to self-winding technology. Thus, self-winding Rolex watches are not only in demand, but also great for collecting, appreciating over time and selling for more than the original purchase price. 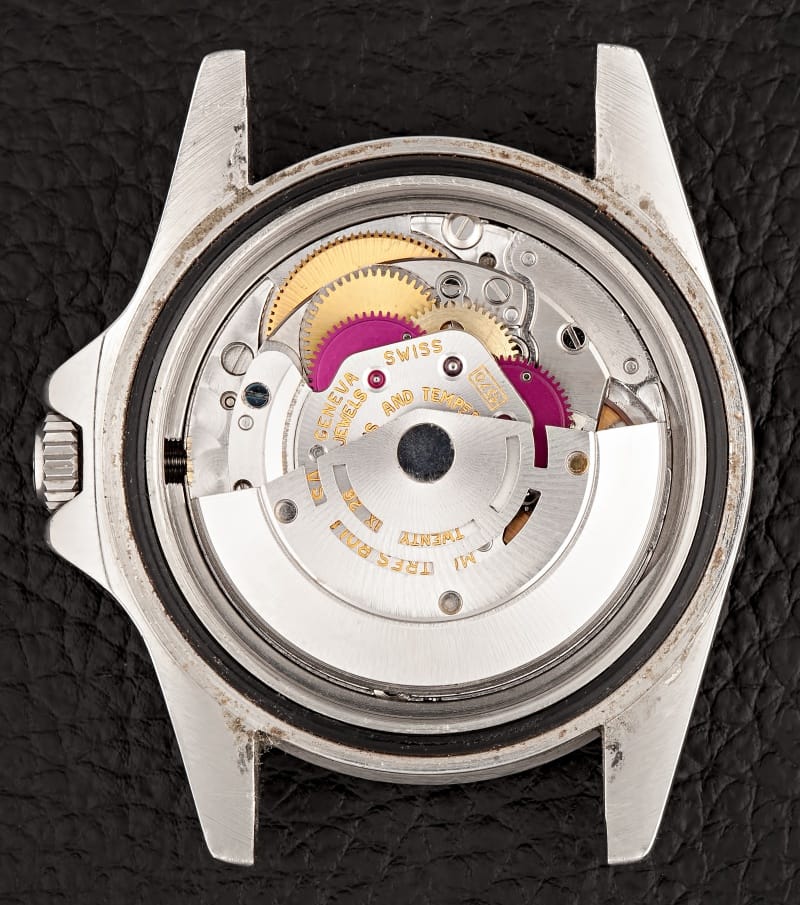 Another important element of the Rolex Perpetual is its Chronometer certification. When one reads an engraving on a timepiece stating “Superlative Chronometer Officially Certified,” they know that the movement of the timepiece has endured 15 days and nights of testing by the Contrôle Officiel Suisse des Chronomètres (COSC). The COSC is an independent, non-profit association which ensures the finest craftsmanship among watchmakers. To receive a COSC certification, a watch must demonstrate extreme precision through a variety of tests, including placing the watch in various positions and temperatures. Historically, a chronometer could be certified by its own manufacturer. However, this carries the great risk of fraud, as no outside party is consulted during the certification process. Thus, one would be taking the company at its word. Rolex, unlike many watch makers, uses the COSC as their standard level of quality. Thus, every Rolex Oyster Chronometer is COSC certified, meaning it is an example of the finest craftsmanship and precision in the watchmaking world. 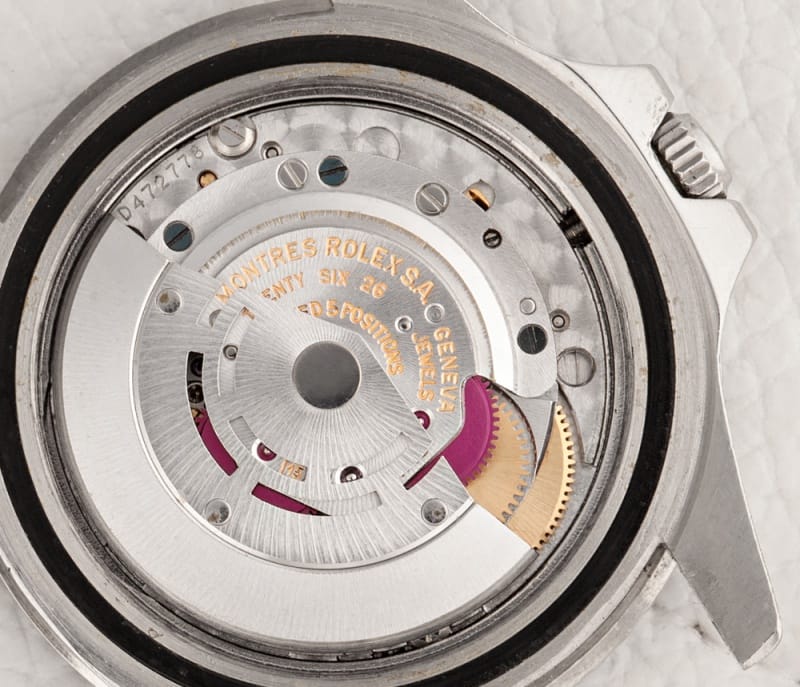 It is easy to become confused with terms like ‘chronograph’ and ‘chronometer.’ Chronograph is the term used to describe a watch with a special mechanism added to a timepiece which measures short periods of time with a start and stop function, as well as a reset function. The term chronometer is similar, but is actually used to refer to the high-precision watch itself. Rolex takes their certification a step further by including a red seal with each watch, inscribed with the words “Officially Certified Chronometer.” With a 1951 ruling by the Federation of the Swiss Watch Industry (FH), the “chronometer” designation can only be used by those certified by one of the Swiss Official Watch Rating Centres. Thus, Rolex is an example of one of the few watch makers to carry such a designation. 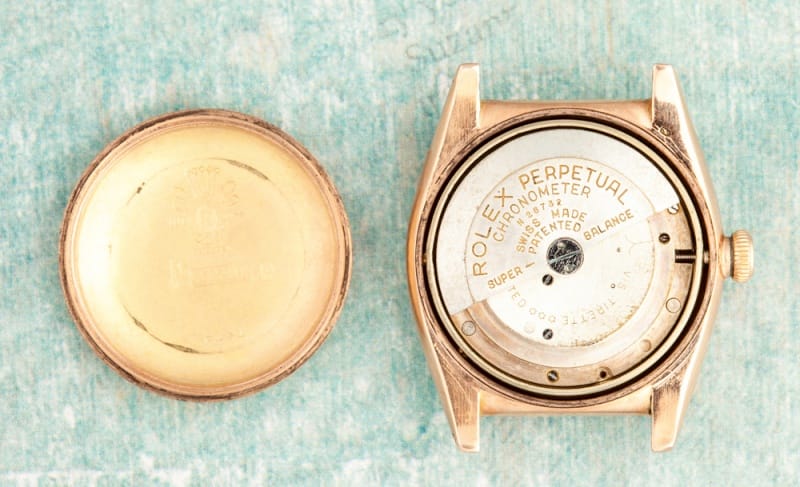 Though rarely seen, the parts that make up the mechanism of the watch are works of art in themselves. Comprised of a myriad of shapes and colors, including circular-grained plates and gears, and various finishes, including satin finished bridges, the components work together to provide a precise movement. For example, the balance wheel, which allows high-precision regulation, is equipped with gold Microstella nuts, creating a mechanism that works precisely, but is also beautiful.

To maintain the precision Rolex is famous for, watchmakers created a special oscillator comprising of a hairspring and a balance wheel. The oscillator performs regulated oscillations with the outermost coil of the hairspring attached to the balance bridge and curled towards the center of gravity. This balance allows perfectly isochronous oscillations at a frequency of 28,800 beats per hour or 8 beats per second. 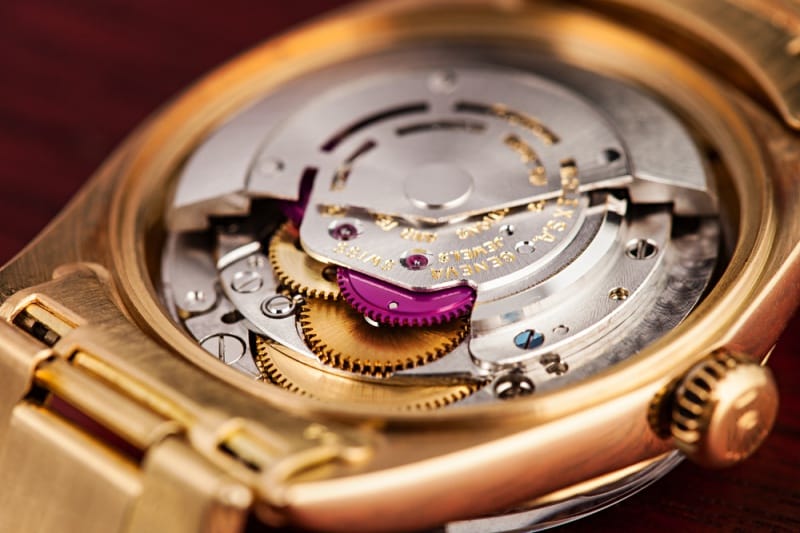 Unlike many modern oscillators, Rolex does not manufacture their oscillators from ferromagnetic alloys, which are vulnerable to magnetic fields and shocks. Rather, Rolex created the unique blue Parachrom hairspring. The Parachrom hairspring is crafted from a paramagnetic alloy. This special alloy is unaffected by magnetic fields and is up to 10 times more resistant to shocks than the average hairspring. This combination of materials and technology maintains the precision and accuracy expected from Rolex. In 2005, Rolex increased the shock resistance of its watches with the creation and addition of Paraflex. Paraflex was created by Rolex as a highly efficient shock absorber, increasing a watch’s shock absorbency by up to 50 percent.

The Oyster Perpetual is certainly a piece of art on its own, aside from its amazing technological achievements. The exterior is waterproof, and offers a variet of finishes and visual elements. However, the interior is what really makes a Rolex a Rolex. The interior of the watch is comprised of important components of various shapes and finishes, such as the specially designed oscillator. The Perpetual is also certified by the Contrôle Officiel Suisse des Chronomètres (COSC), which subjects the device to 15 days of tests to ensure the chronograph is a masterful creation of precision. Since 1926, the Oyster Perpetual design has added functionality to an aesthetic design, providing the wearer a useful tool for not only accurately keeping time, but maintaining that accuracy and precision in a variety of extreme conditions. Certain variations of the design, including the Submariner which was made to go thousands of feet below the surface of the ocean, were made with specific wearers in mind, and include special mechanism to appeal to them. With its variety, precision, and masterful design, it is no wonder Rolex is the leading creator of luxury timepieces.