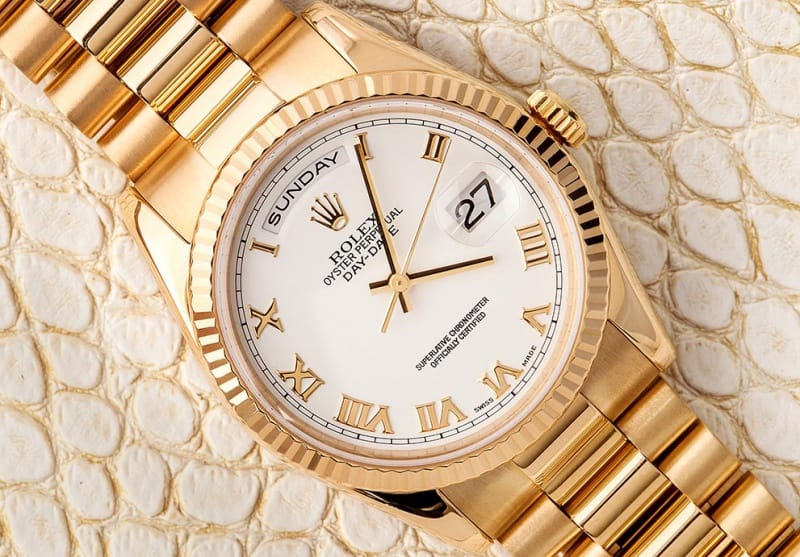 The Day-Date (eventually nicknamed the ‘President’) was sported by some of the most famous and accomplished men in the twentieth century, including both Winston Churchill and Dwight Eisenhower. Rolex, through the years, offered its stunning creations to accomplished men in the hopes of not only promoting their brand, but having it come to represent success and accomplishment, rather than wealth and status. 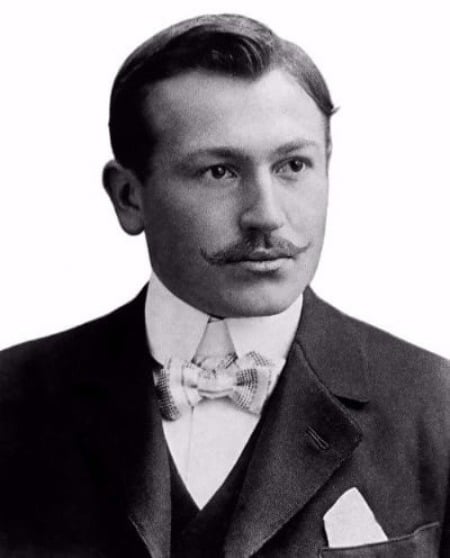 In 1919 the Rolex headquarters were moved to Geneva. Hans Wilsdorf had decided to make Switzerland, the watchmaking capital of the world, the headquarters for Rolex. He wanted to show the Geneva Watch Establishment that Rolex was as good as already well established brands. 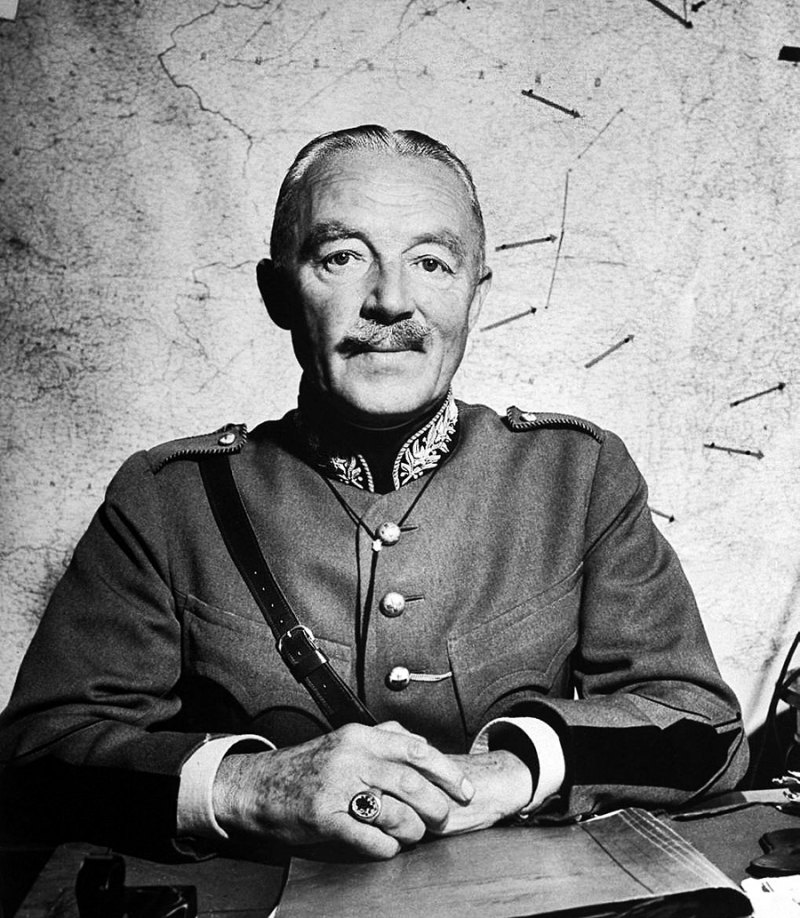 How was Wilsdorf supposed to do this? His first goal was to get the most respected Swiss man alive to wear a Rolex, Swiss Army General Guisan (seen in image above). He did so in a brilliant move, by giving Guisan the 50,000th Officially Certified Rolex Chronometer. With Guisan’s endorsement, Rolex gained high credibility. It’s clear that Wilsdorf the power of product placement. By placing a Rolex on the wrist of the most popular man in Switzerland, Rolex was in the best spotlight. 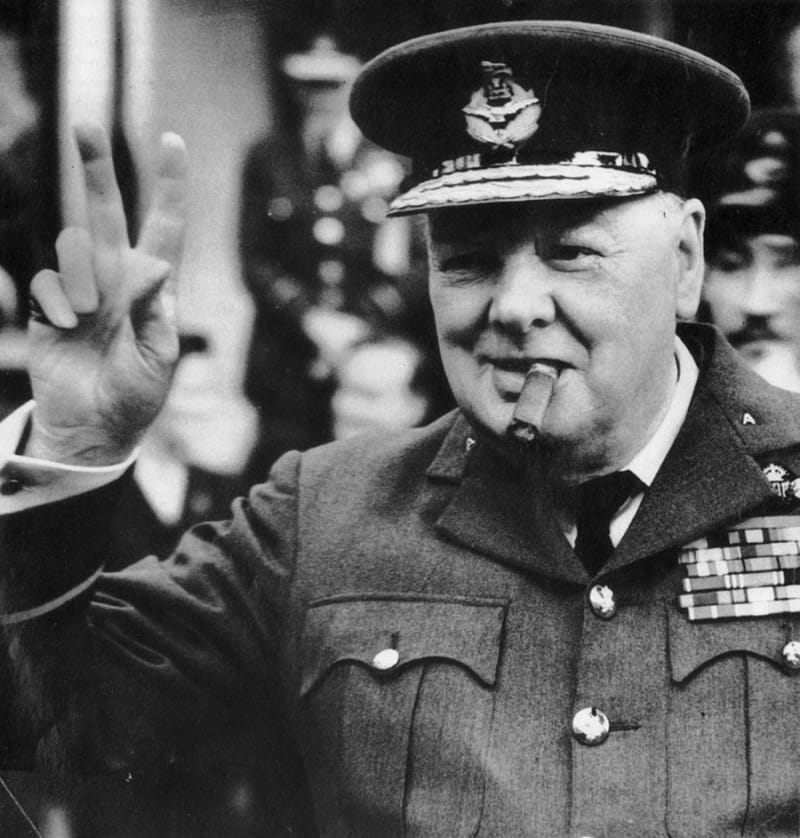 Looking outside Switzerland, Wilsdorf’s next conquest was to get the most popular Englishman to wear a Rolex. In the aftermath of World War II, that man was gave Sir Winston Churchill, as seen in the image above. Following his proved pattern, Rolex presented Churchill with the 100,000th Officially Certified Rolex Chronometer. With Churchill's acceptance and sporting of the brand, the rest of the European market was conquered. 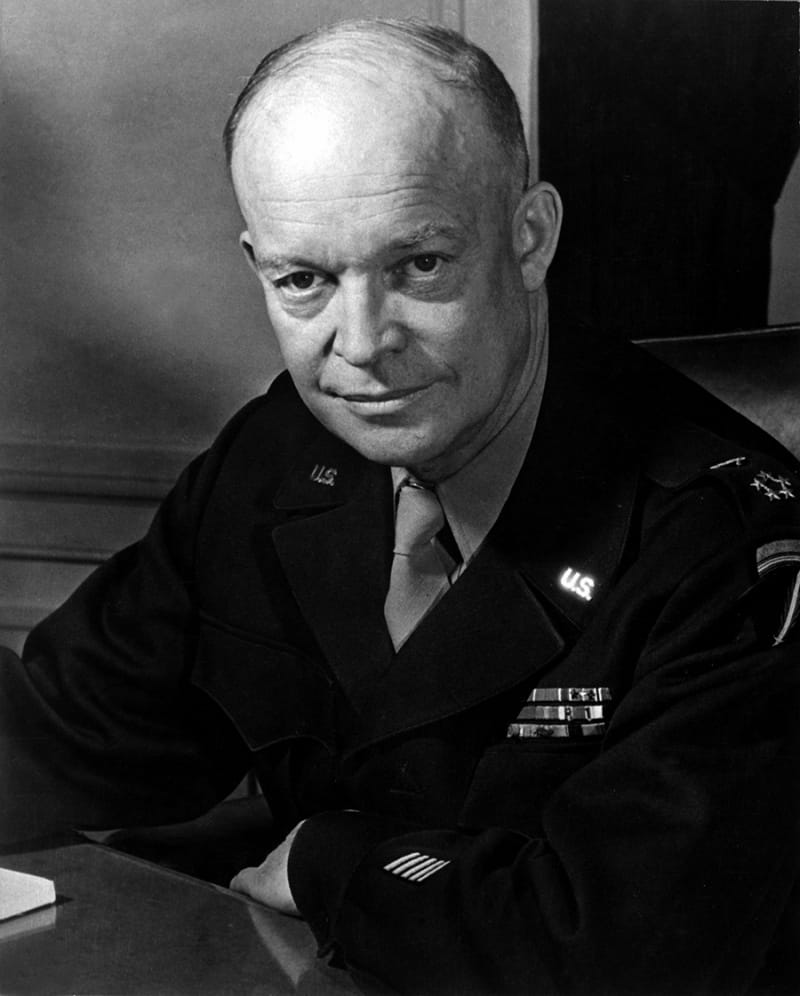 The next, and greatest conquest, was placing a Rolex on the wrist of the architect of D-Day and one of the greatest World War II heroes, US 5-Star General, Dwight D. Eisenhower. Rolex offered Dwight Eisenhower their 150,000th Officially Certified Chronometer. Similar in look to the timepiece presented to Churchill, Eisenhower’s Rolex featured yellow gold as opposed to pink gold. His Yellow Gold Rolex Date-Day with the Jubilee bracelet. When asking Eisenhower to accept the gift, a letter from Nana Rae explains that since Sir Winston Churchill wears the Rolex, she thinks it is fitting for Eisenhower to wear one as well, noting that "sincere is the admiration that has suggested this gift." Rolex was happy to show their admiration for Eisenhower’s accomplishments, just as they did with others before. Thus, they accomplished their goal to represent success and accomplishment, not just wealth and status.

So, if military leaders made the Rolex Date-Day famous, why is it called 'The President' and not 'The General'? Eisenhower did not remain a general. In 1952, Eisenhower won the presidential race, becoming the 34th president of the United States. A famous image shows Eisenhower wearing his Rolex while waving on his way to his inauguration in 1953. One persistent legend has it that the nick name ‘the President’ came from Eisenhower sporting the watch after his election, though it had been given to him while he was a General. 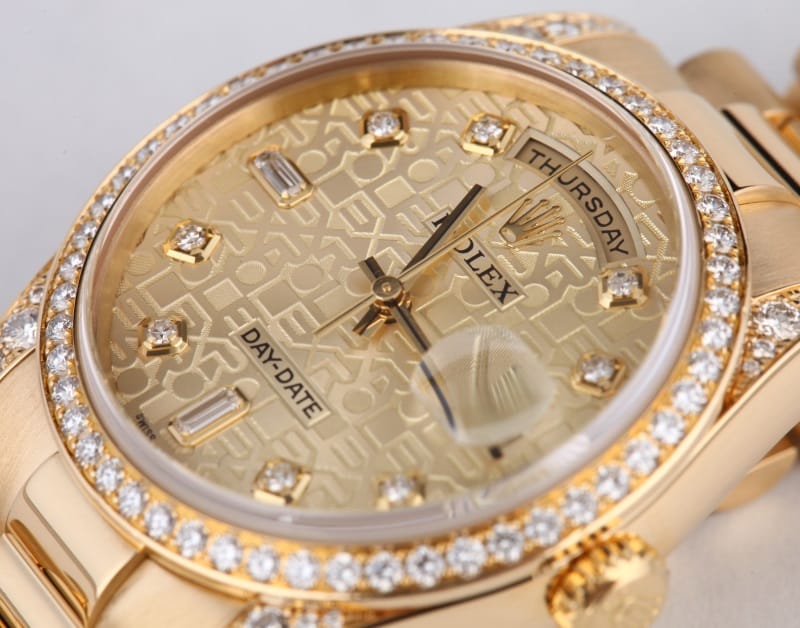 After Eisenhower’s death in 1969, his beloved Yellow Gold Rolex Jubilee was passed to his valet and friend Master Sergeant Moaney. It is no surprise that Eisenhower left his favorite watch to Moaney, stating in his book Moaney "has been indispensable to me." Moaney, in turn, passed the watch on to his wife after his death. His wife Dolores had been Eisenhower’s cook until his death. She, in turn, gave the watch to Raleigh DeGeer Amyx's Presidential artifacts collection. 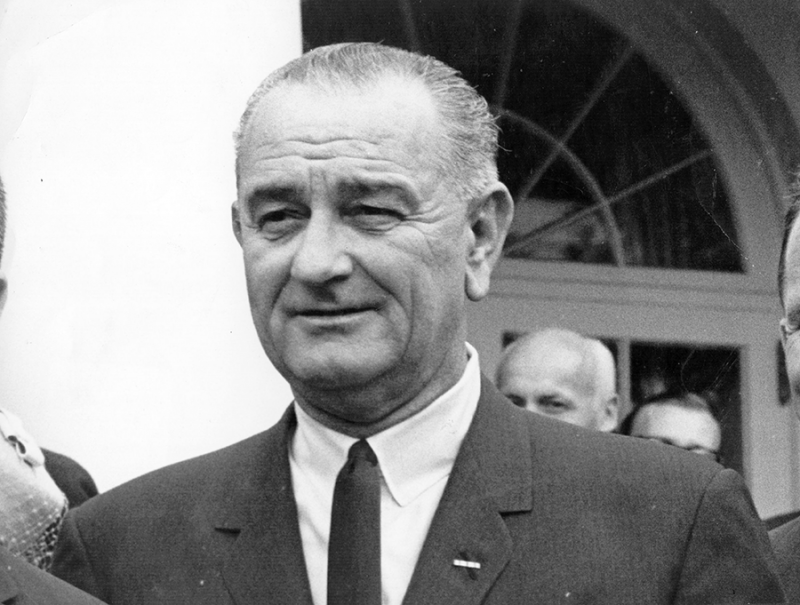 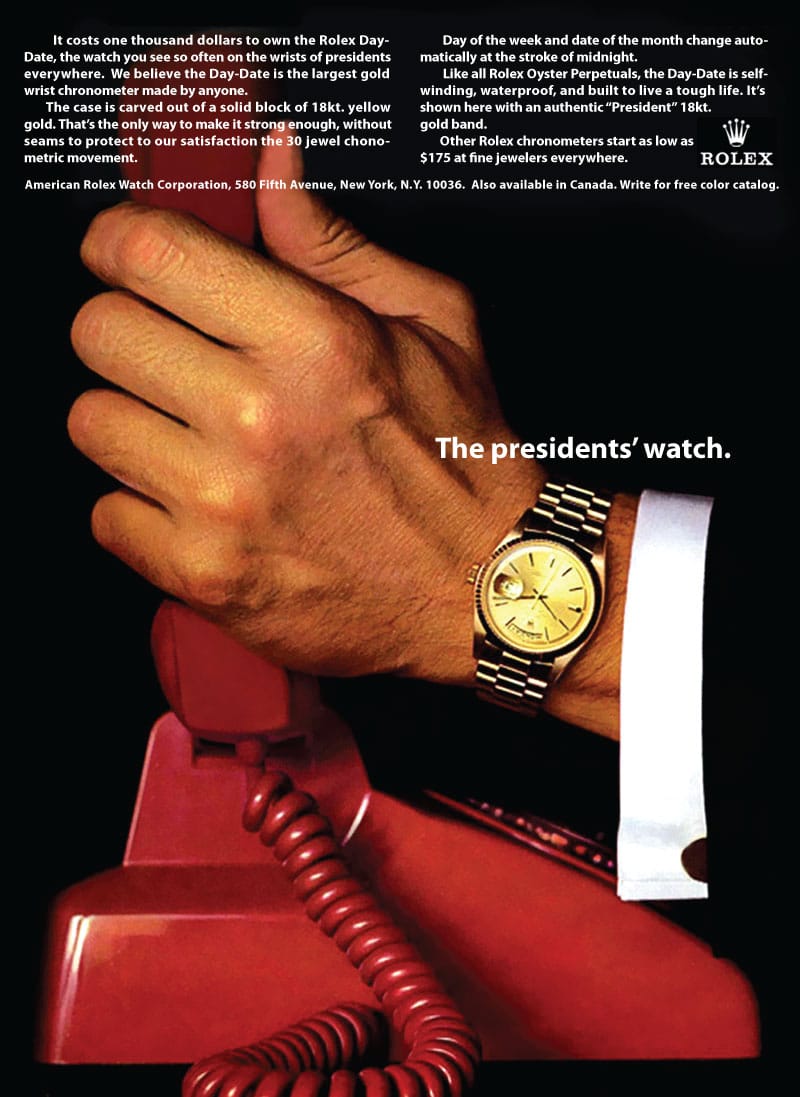 An ad from 1966 shows the Rolex Day-Date watch titled 'The Presidents' watch." The ad featured an image of Johnson wearing his Yellow Gold Rolex. Not only does the add feature a president, but it also makes the term President plural, implying that more than one president has sported the watch. This was not the first add to show a powerful and accomplished man wearing a Rolex. From 1956, during Eisenhower’s administration, to well into Johnson’s, Rolex's add campaign featured the slogan "Men Who Guide The Destinies Of The World Wear Rolex Watches."

It is also possible that the ‘President’ name is actually a mistake. Some say that the original ‘President’ nickname was given by Rolex to the bracelet on the Rolex Day-Date, not the entire timepiece. "The President" bracelet appeared around 1966. An add from the time refers to the name "President,” but only when referring to the bracelet designed by Rolex for the Day-Date, not the entire watch. The name didn’t really appear until the mid-sixties. This was around the same the time U.S. President Lyndon Johnson began wearing his trademark yellow gold Rolex.

The name ‘President’ soon came to refer to the entire Day-Date watch. Rolex, whatever their original intent, ran with it. In 1984, a popular add campaign featured "The Rolex President Day-Date Chronometer. Available in 18kt. gold, with matching bracelet." This is the first time Rolex directly referred to their timepiece as the “President.” Thus, whether they initially started it or not, Rolex came to adopt the moniker. They didn’t keep it for long, and soon resorted back to simply calling it the ‘Day-Date.” However, the famous nickname stuck, and many still refer to ‘The Rolex President’ when discussing it.

Other presidential legends surround the Rolex brand. For example, one Rolex Day-Date was referred to as a ‘Rolex President,’ and said to have been given to President John F. Kennedy by actress Marilyn Monroe after she famously sang happy birthday to him for his 45th birthday at Madison Square Garden during a Democratic fundraiser. It was sold at auction on 2005 for $120,000. However, there is no documentation to prove the presidential connection.

Much mystery surrounds the nickname of the Rolex Day-Date. What is certain is that this watch is masterfully crafted by the leading watchmakers in the world. Thus, it’s not surprise that generals and presidents alike sport it.