The 1950s was the decade that Rolex released some of their most iconic watches. 1953 saw the birth of the Turn-O-Graph, Explorer, and the Submariner. 1955 was the inaugural year of the GMT-Master. 1956 made way for both the Day-Date and the Milgauss. A significant time in not only the brand’s history, but also in the world of horology at large, the 1950s was a glorious era for wristwatch innovation.

While there are some fantastic and much more expensive Rolex Paul Newmans, Daytonas, and Jean-Claude Killys up for grabs at the upcoming Sotheby’s fall auction—taking place November 15 in Geneva—we take a look instead at some very early models of the Submariner, Turn-O-Graph, and Milgauss from the 50s. 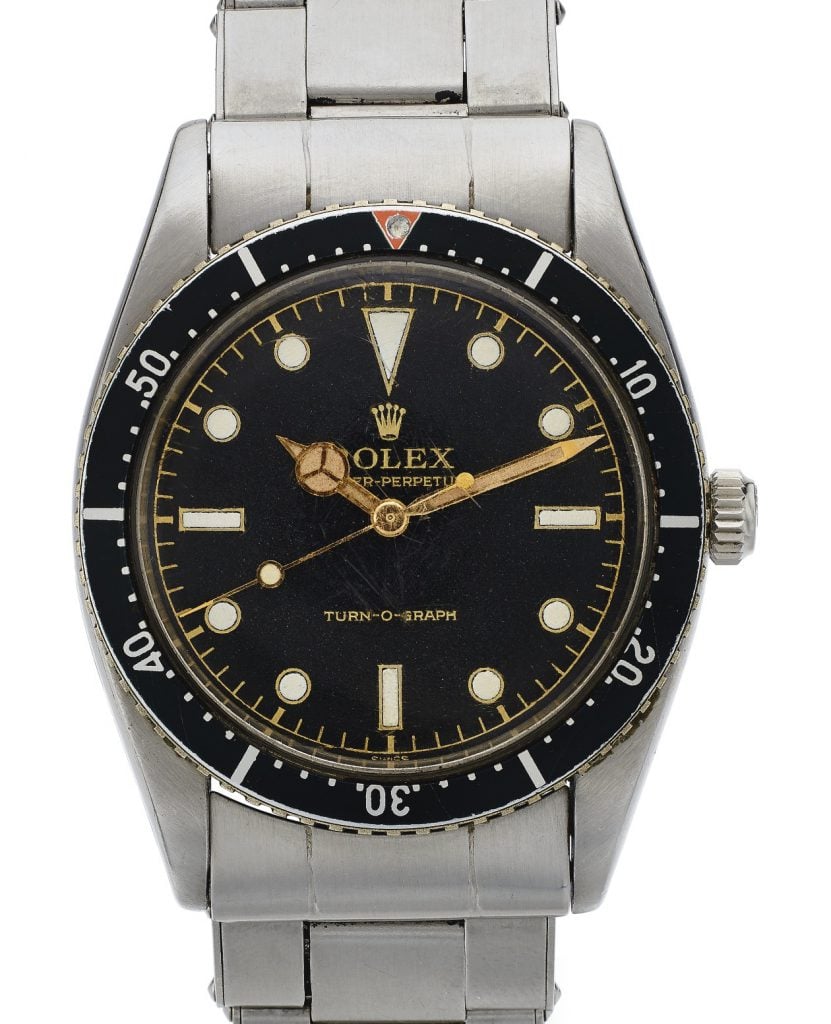 The very first Turn-O-Graph was presented in 1953. Interestingly, since it came out before the Submariner and the GMT-Master, the Turn-O-Graph is Rolex’s first series-produced tool watch with a rotating bezel. This particular Turn-O-Graph from 1954 is actually the first reference of the model—ref. 6202. It sports the stainless steel Oyster case and matching stainless steel Oyster bracelet. Furthermore, its black dial features the Mercedes-style hands, large lume plots, and gilt text. Just above 6 o’clock is the prominent “Turn-O-Graph” label. And finally, its black rotating bezel has the 60-minute markers along with the red inverted triangle at 12 o’clock. Make no mistake, the Turn-O-Graph is Rolex’s very first tool watch and an important part of the brand’s heritage. 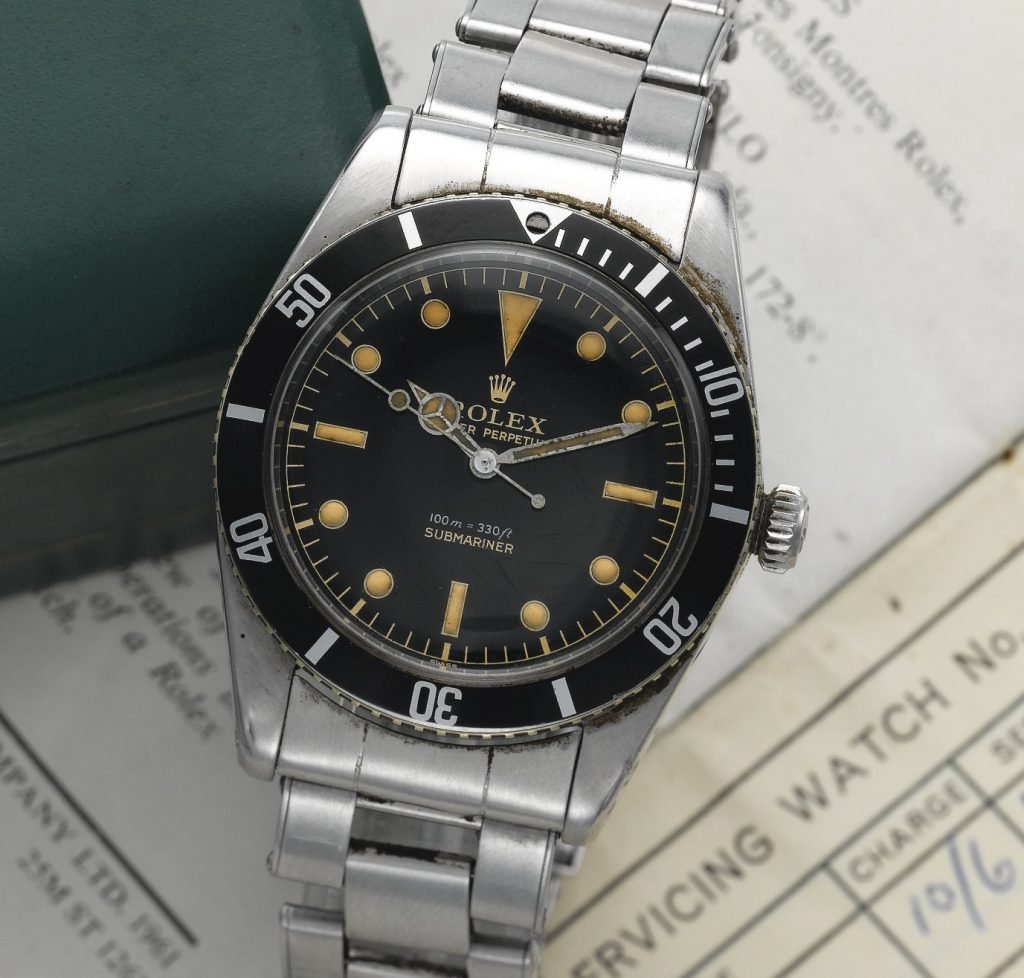 Produced from 1957 until 1961, the ref. 5508 is an early vintage Submariner model. It was the last Submariner to not have crown-guards protecting the winding crown. Plus, it was the last Sub to have a water resistance of 330 feet (100 meters) as subsequent models boasted resistance to 660 feet (200 meters). On the flip side, the ref. 5508 was the first Submariner to include the first 15-minute markings on the rotating bezel. This specific Submariner ref. 5508 dates back to 1959 and features all the characteristic traits of the model. Its stainless steel Oyster case is presented on a stainless steel Oyster bracelet, while the black bezel has the first quarter-hour graduations. The black dial has the gilt text in addition to the depth rating in white font. Moreover, the patina hour-markers and the Mercedes-style hands have turned into a warm yellow shade due to aging.  The Submariner models are one of the brands top model sports watches. 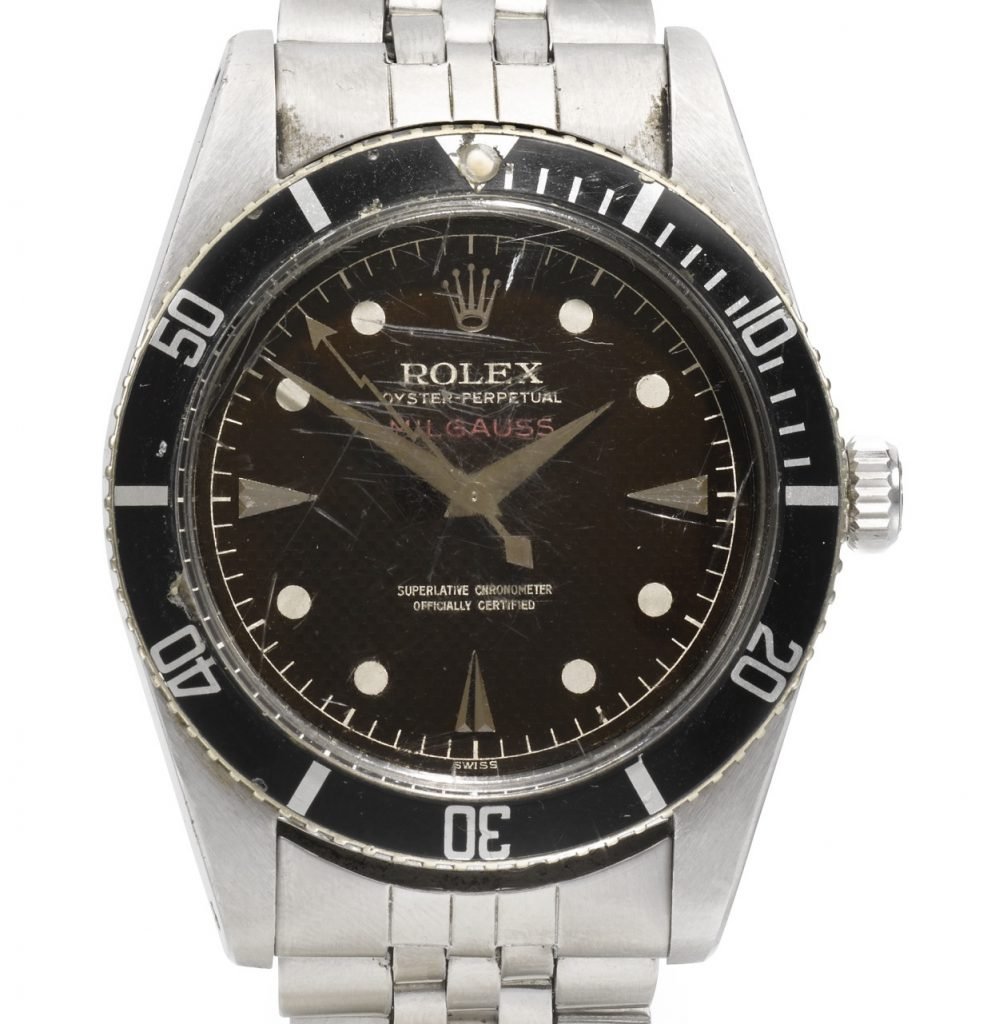 To meet the demands of scientists and engineers who often worked in high-magnetic-field environments, Rolex unveiled the Milgauss in 1954. Due to the use of anti-magnetic alloys and an iron movement shield, the Milgauss was able to withstand up to 1,000 gauss (gauss is the unit used to measure magnetic density). This particular Milgauss ref. 6541 is from 1958 and one of its distinguishing features it the “honeycomb” dial caused by the webbed laminated copper utilized to guard the caliber within from magnetic fields.

Another distinct design element of the Milgauss is the lightning bolt seconds hands, which was placed there as a nod to the community it was serving. Its stainless steel Oyster case complements the stainless steel Jubilee bracelet. What’s more, the round hour-markers on the black dial sit side-by-side with dagger indexes at 3, 6, and 9 o’clock. An extraordinary Rolex reference, the Milgauss ref. 6541 is a vintage beauty full of interesting design details coupled with a captivating story.