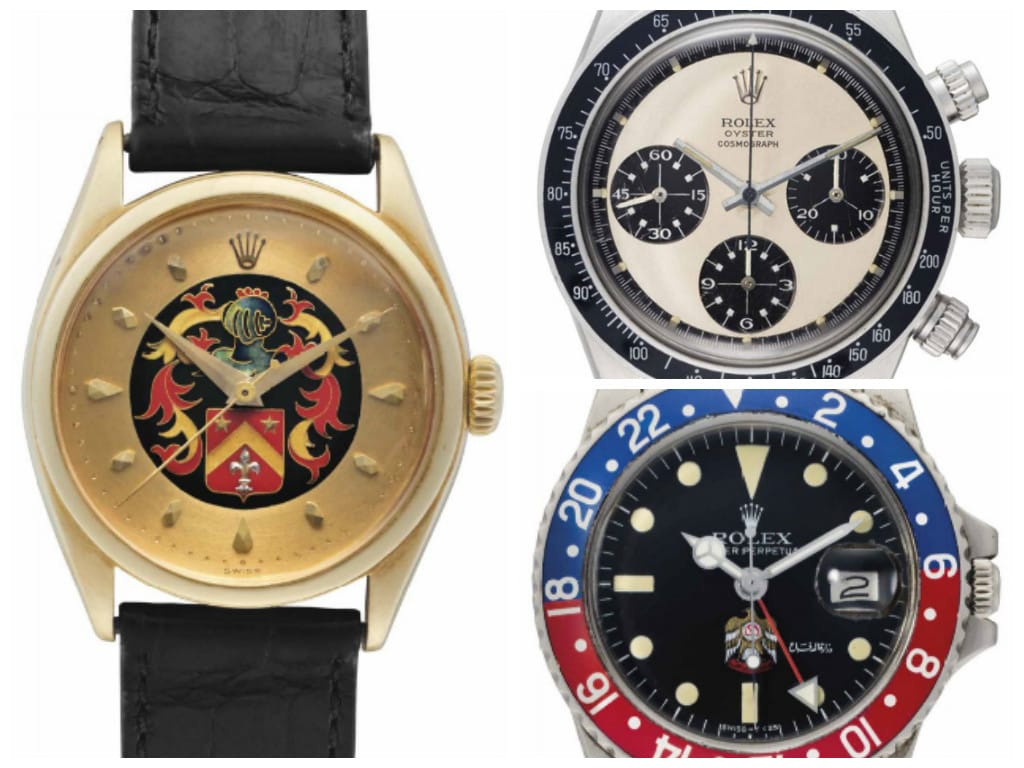 In a very exciting turn of events, the Rolex star of the Christie’s Rare Watches and & Important Discoveries in New York City, was not one of the two Daytona Paul Newman “Panda” watches, but the cloisonné dial Rolex 6100 “Les Armoiries” that sold for $317,000 – the highest price paid for a Rolex during the event – shattering its high estimate by threefold.

Naturally, the Paul Newman Daytona watches of the auction all did very well, showcasing that the trend for those particular vintage watches are still solid and aren’t going anywhere anytime soon.

Here’s a summary of the Rolex highlights, including some of the best performers, as well as some interesting results, of the Christie’s Rare Watches and & Important Discoveries. 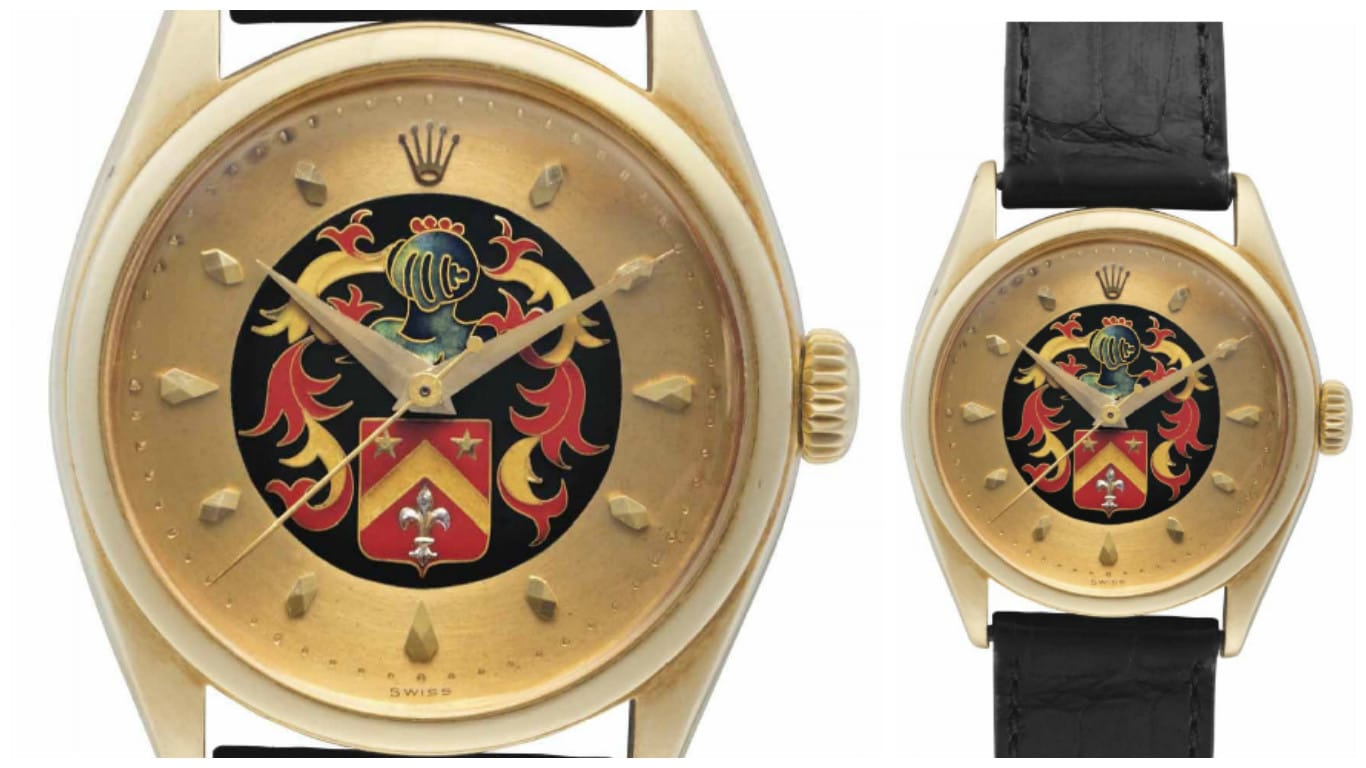 The Rolex 6100 “Les Armoiries” (estimate: $50,000 – $100,000), circa 1952, is a very rare piece crafted in 18k yellow gold with a spectacular cloisonné enamel dial illustrating a coat of arms produced by master enameler, Marguerite Koch of Stern Frères. This ref. 6100 had stayed within the family until it was presented to the Christie’s auction by the grandson of the original owner where it sold for an incredible $317,000 – over three times its high estimate and the most paid for a Rolex during this particular auction. 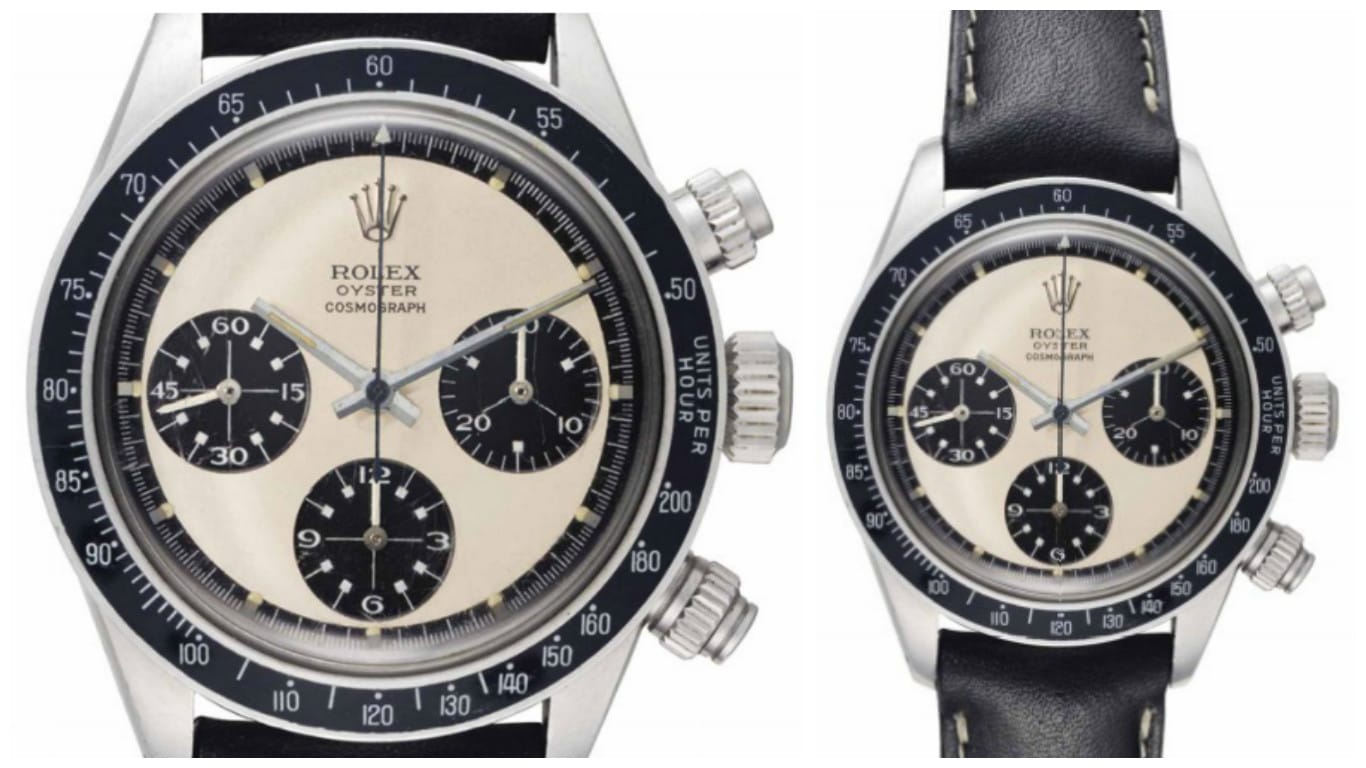 The Rolex Cosmograph Daytona Paul Newman 6263 “Panda” (estimate: $150,000 – $250,000), circa 1972, was slated to be the most expensive Rolex of the auction with a high estimate of a quarter of a million dollars. Presented on a strap rather than its original bracelet, this stainless steel Paul Newman 6263 boasts the extremely popular “Panda” white dial with black sub dials. The final hammer price was $269,000, selling strong above its high estimate. 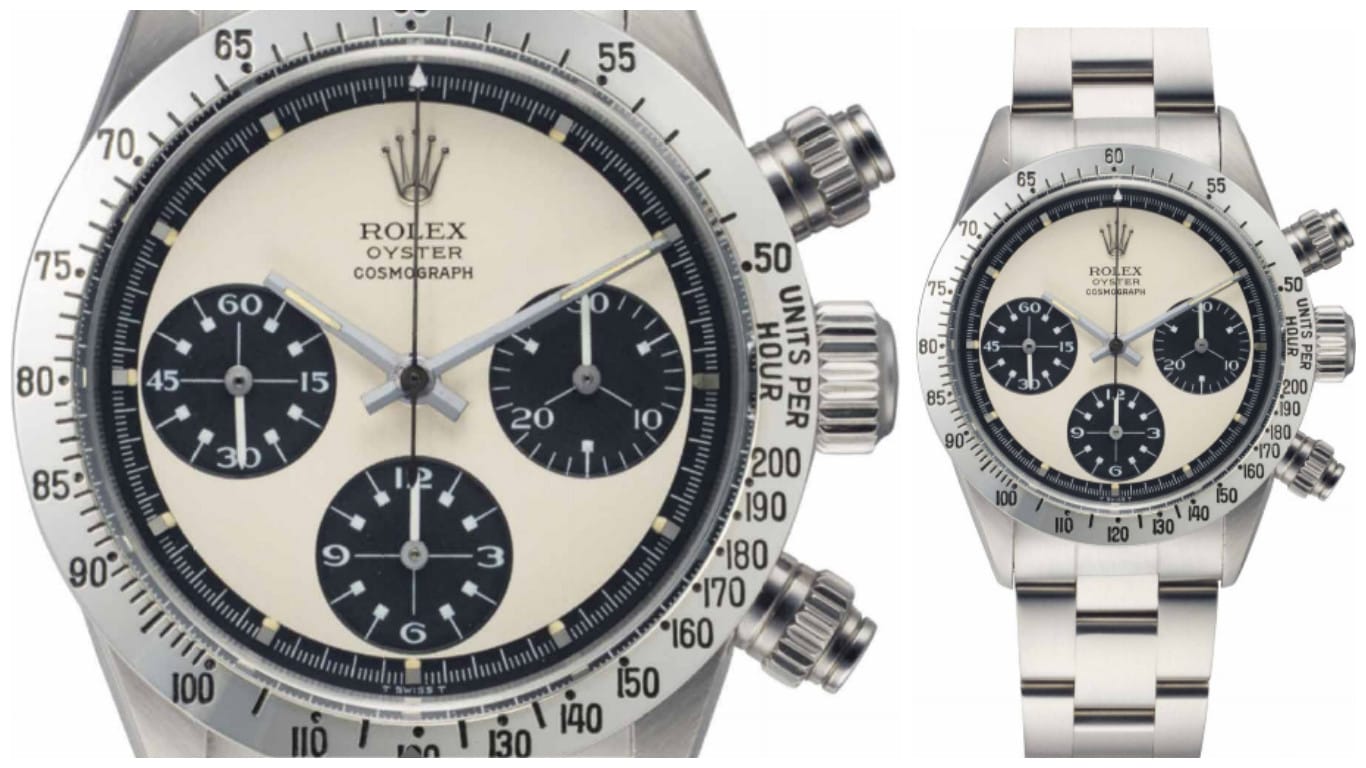 The Rolex Cosmograph Daytona Paul Newman 6265 “Panda” (estimate: $170,000 – $220,000), circa 1972, was the other stainless steel Paul Newman “Panda” dial of the event, but this time on the Cosmograph Daytona ref. 6265. Equipped with its original bracelet, the owner had bought the watch around 15 years ago and hadn’t worn it in the last seven years, preserving its fine condition. Like the other Panda dial of the event, this ref. 6265 sold for $269,000, finishing nicely above its high estimate. 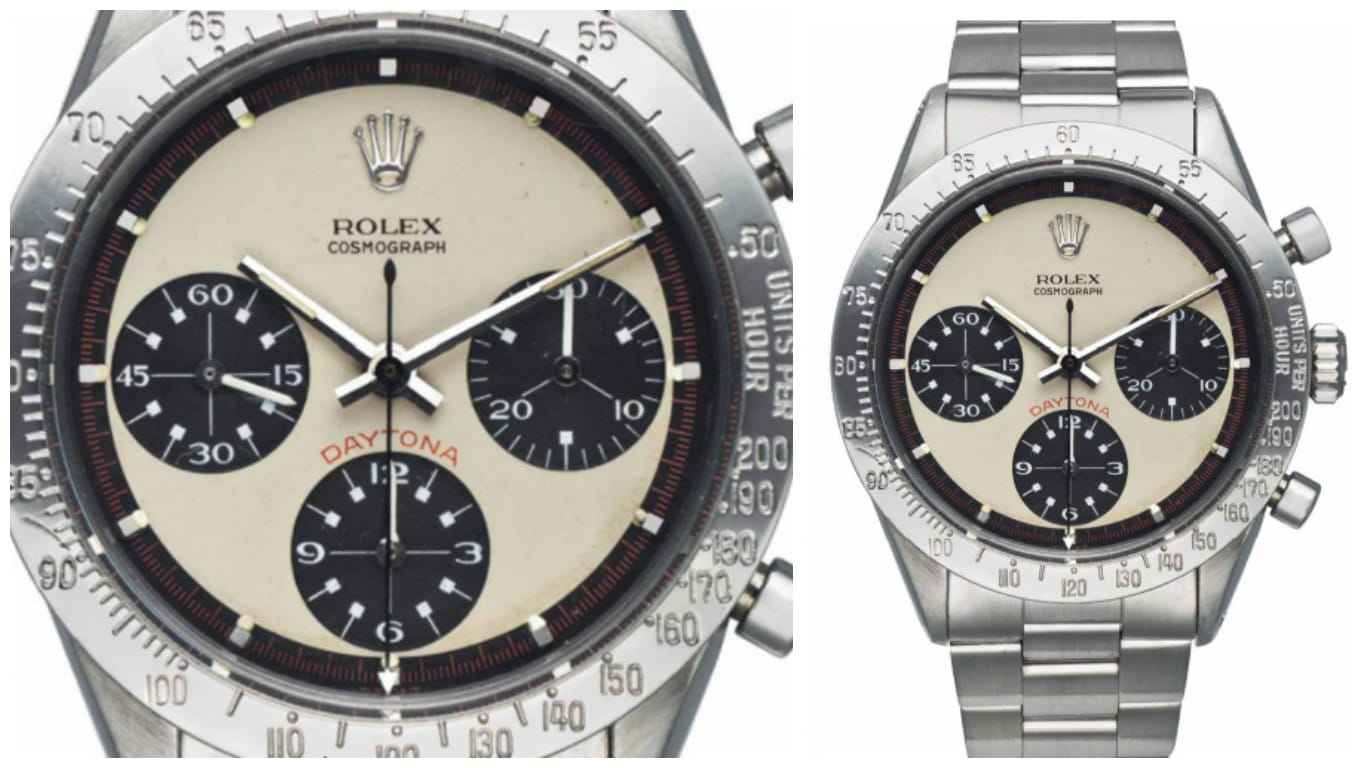 The Rolex Cosmograph Daytona Paul Newman 6239 (estimate: $60,000 – $80,000), circa 1966, is an early example of the Rolex exotic dials and it’s been said that Paul Newman’s wife gifted him a ref. 6239 with this particular dial. Unlike the previous “Panda” dials, here we see the presence of the red color, on both the “DAYTONA” label, as well as on the outer rim of the dial. This rare and fine Daytona Paul Newman performed well at the auction and was purchased for $118,750. 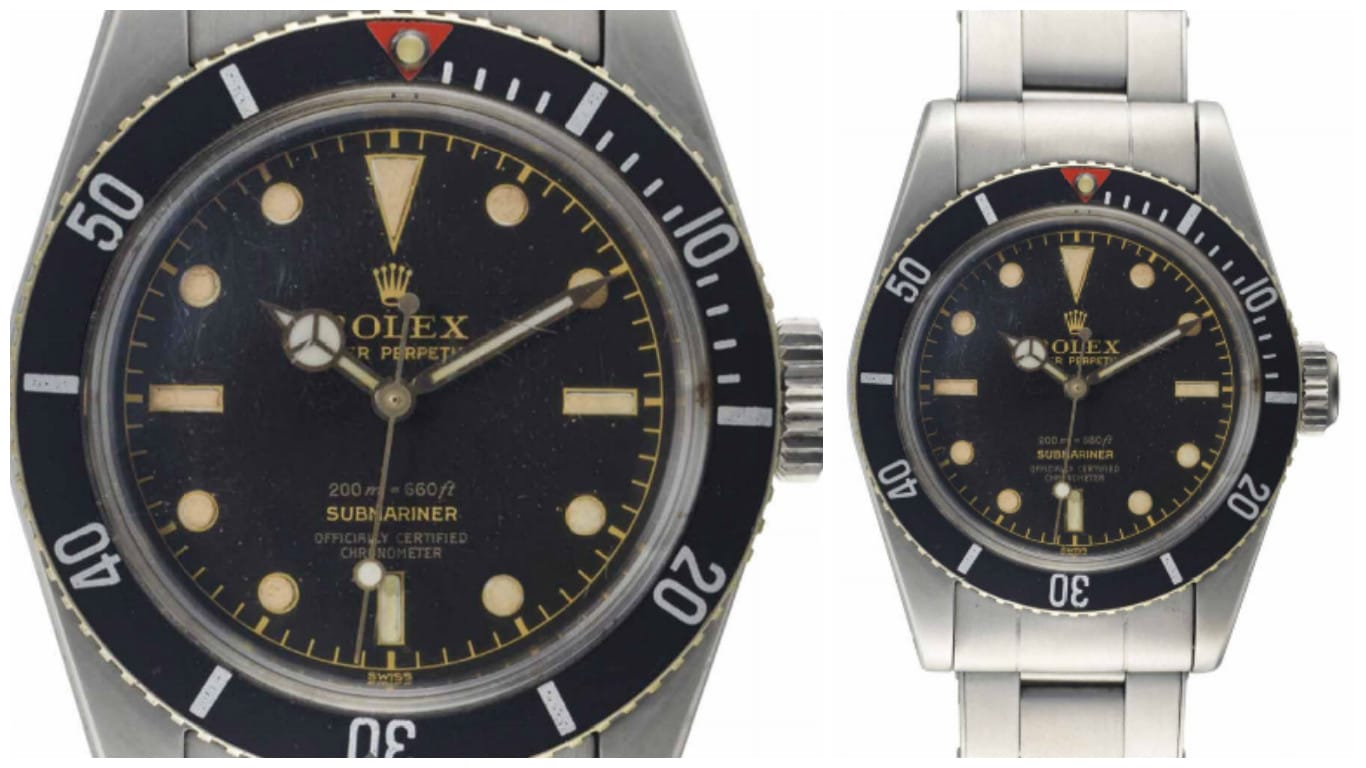 The Rolex Submariner 6538 “Big Crown” (estimate: $60,000 – $90,000), circa 1958, boasts a large 4mm diameter crown, hence its nickname, with the absence of crown guards. It’s also known as the “James Bond” Submariner since Sean Connery wore the same Rolex in the Bond Film, Dr. No. The black glossy dial features the four lines above 6 o’clock in gilt, while the bezel is equipped with the original insert with the red triangle. The ref. 6538 sold for $100,000. 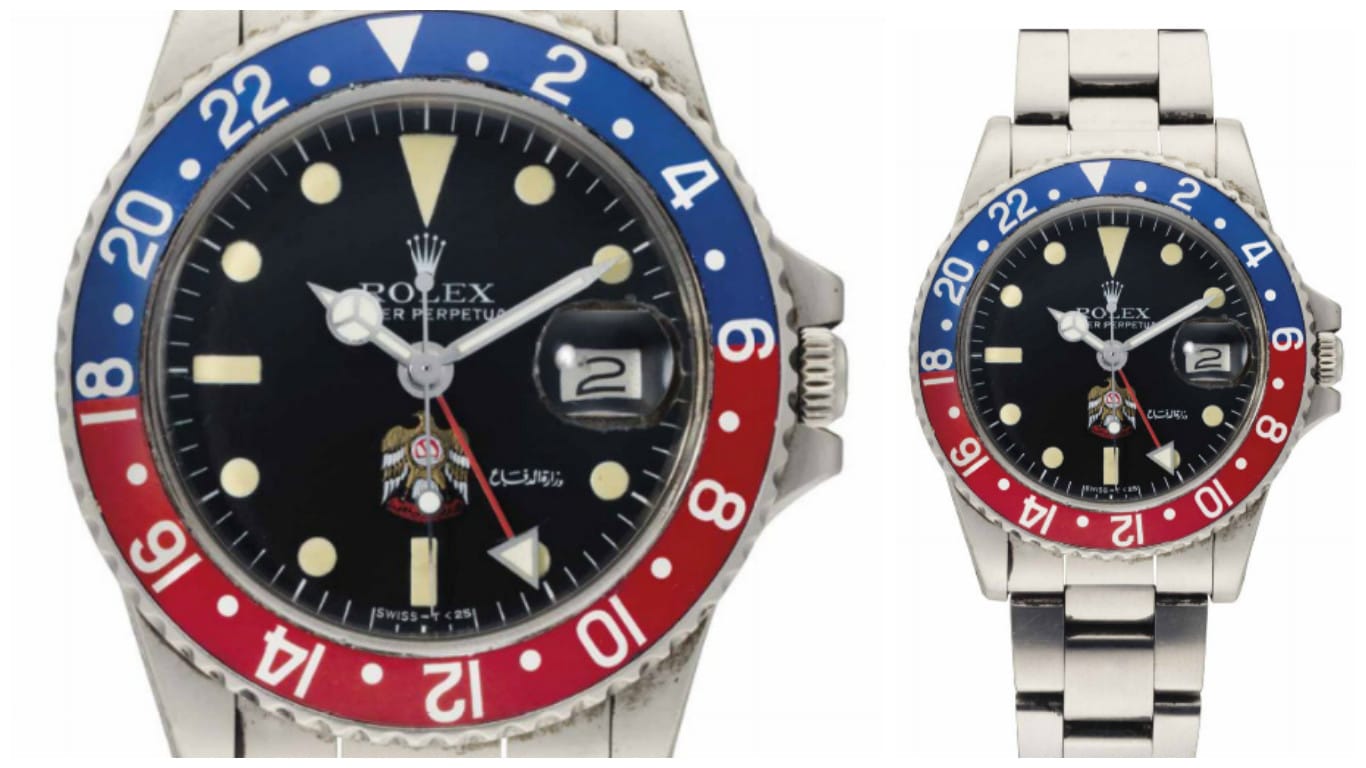 The Rolex GMT-Master 1675 “Quraysh Hawk” (estimate: $20,000 – $30,000), circa 1977, featuring a custom made dial, was a gift from the United Arab Emirates (UAE) government to an Englishman for his work on a national irrigation project. On the dial is the UAE crest, the Quraysh Hawk, printed in several layers for a 3D effect, and the “Ministry of Defense” text in Arabic. This exceptionally rare Rolex sold for $93,750, triple its high estimate. 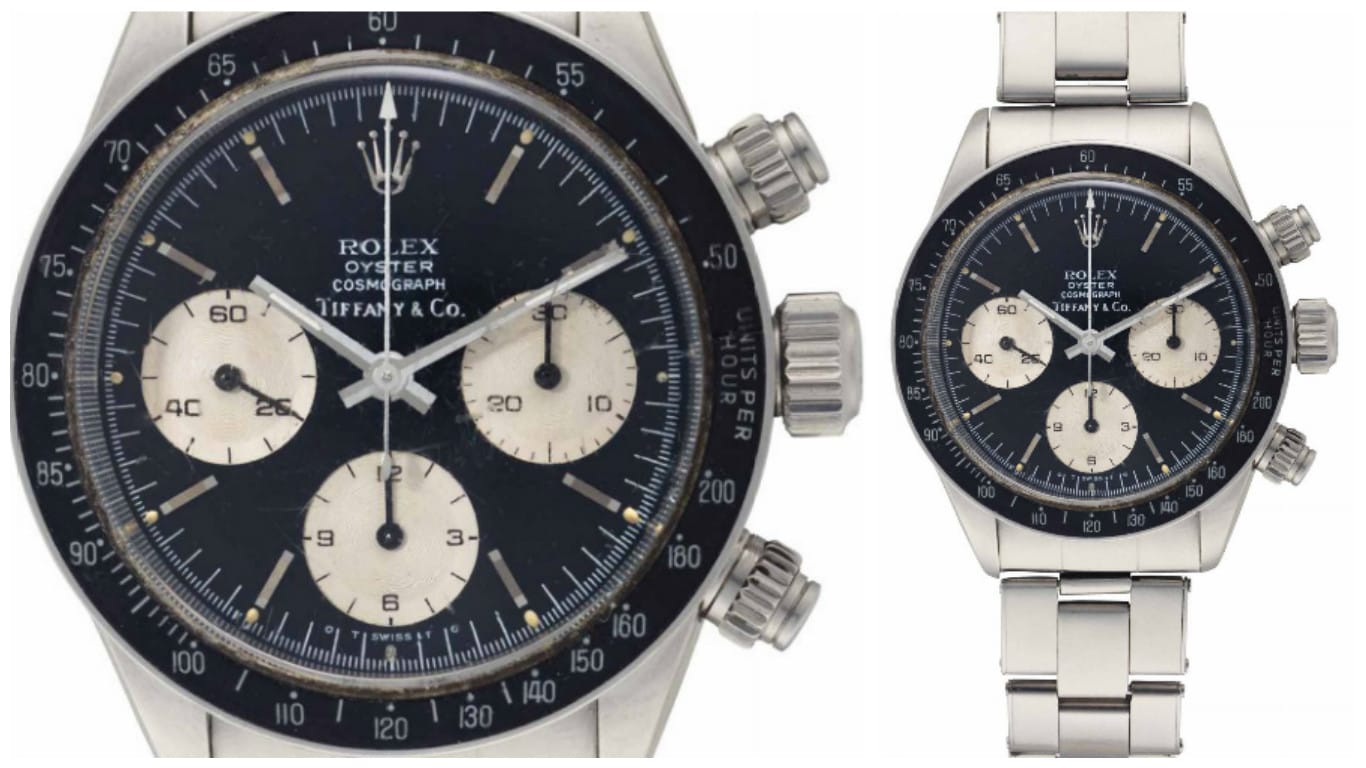 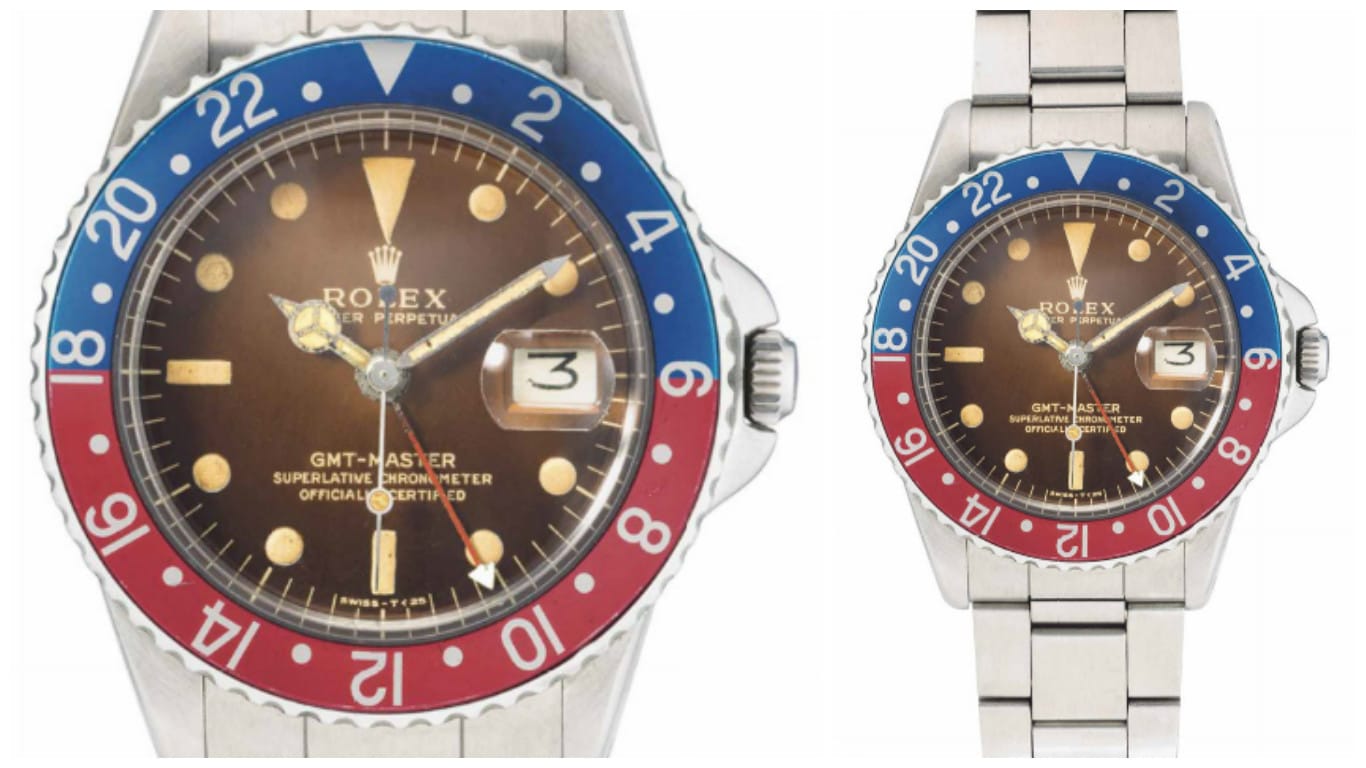 The Rolex-Master 1675 “Pointed Crown Guards” (estimate: $12,000 – $18,000), circa 1961, is an early model that boasts the rare and highly sought after pointed crown guards, as well as a glossy black dial with gilt that has tropicalized over the years. The piece sold for $32,250, well beyond its high estimate. 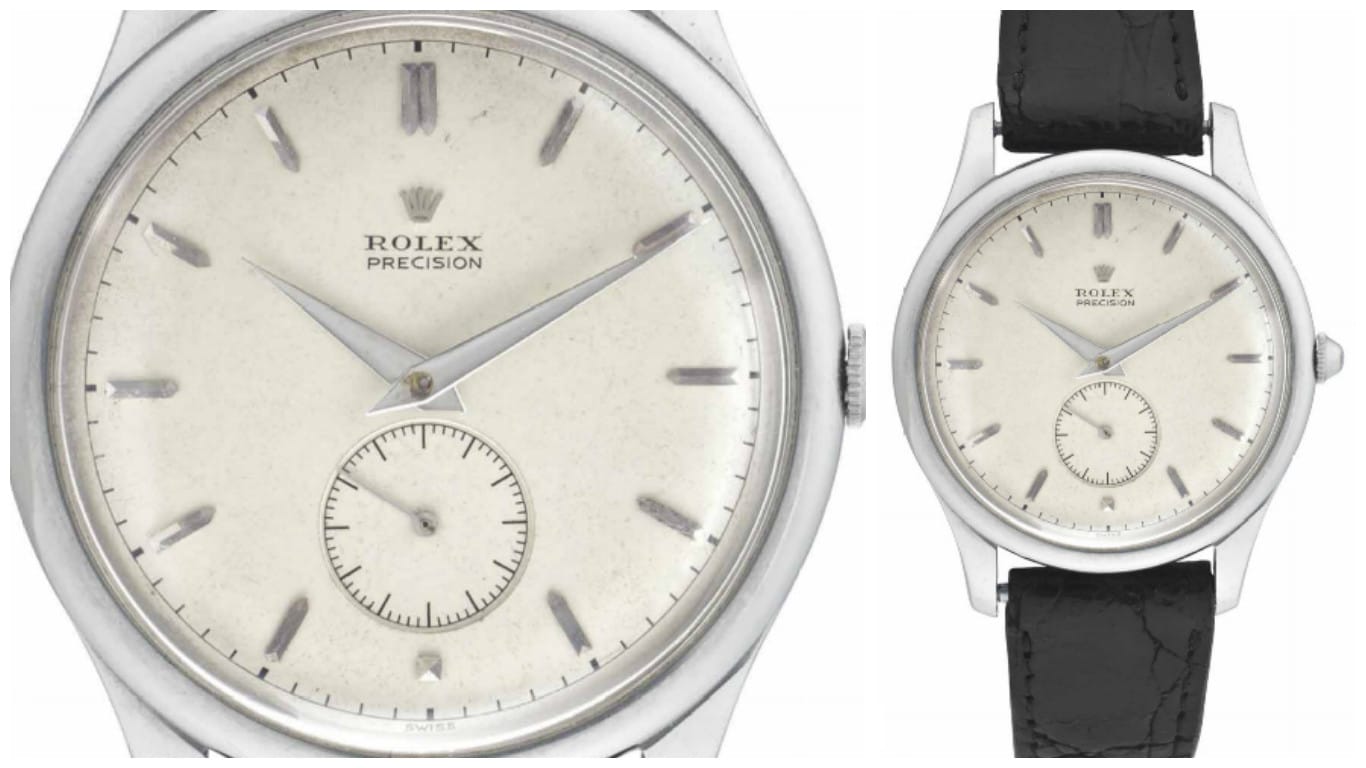 The Rolex Precision 4157 “Calatrava” (estimate: $10,000 – $15,000), circa 1948, is an unusually large 38mm stainless steel time only watch in the “Calatrava” style. With a sale price at $27,500 confidently beating out its high estimate, this illustrates the strong growing interest in Rolex Precision timepieces.

As the last important watch auction of the year comes to a close, 2015 has been a very solid year for Rolex watches as witnessed during the Phillips, Sotheby’s, Antiquorum, and Christie’s auctions across Asia, Europe and North America. And we for one, are excited to see what the 2016 auction seasons bring to the table for Rolex collectors and enthusiasts. Will it continue to trend for Rolex sports watches, particularly the Paul Newman Daytona pieces, or will we see a surge in interest and money paid for older and simpler Oyster watches or, on the other spectrum, for more vintage yet more complex Rolex complications? Only time will tell.