Michael Collins, retired U.S. Air Force Major-General and former astronaut, is one of only a handful of people who have been to the Moon, as part of the Apollo 11 mission in 1969 that landed the first two humans there – Neil Armstrong and Buzz Aldrin. Collins’ name isn’t as well-known, however, because as Pilot of Apollo 11’s Command Module Columbia he stayed in orbit around the Moon while they took their historic footsteps. 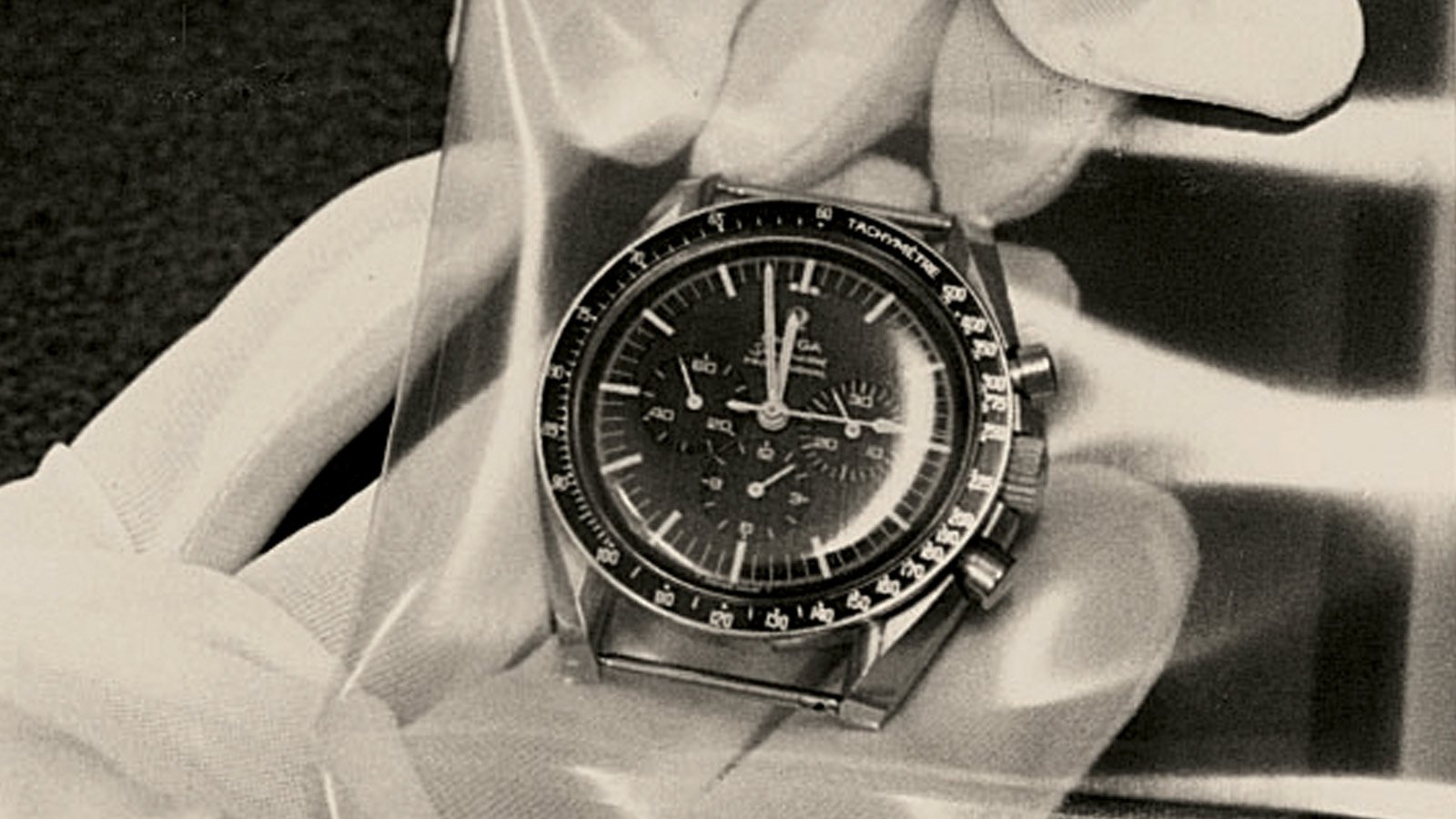 He’s no less of an American hero, however, and he’s also an important part of our horological history because he wore an Omega Speedmaster on that famed mission, which will now be part of an amazing exhibition, the only Speedmaster to go on display.

The Apollo 11 Command Module Columbia spent 8 days, 3 hours, 18 minutes and 35 seconds in space with Collins at the helm, followed by 46 years at the Smithsonian’s National Air and Space Museum. On Oct. 14 the new special exhibition will open at Space Center Houston kicking off a four-city tour, with the Command Module as its centerpiece. Its the prelude to the 50th anniversary of the Apollo 11 mission, also an important date in timepiece history, as well as the 2020 opening of a permanent Smithsonian exhibit on moon exploration. While it’s not yet known what other watches might make it into the permanent exhibit, Collins’ Speedmaster certainly will, as it’s one of the items that will be displayed along with the Command Module. 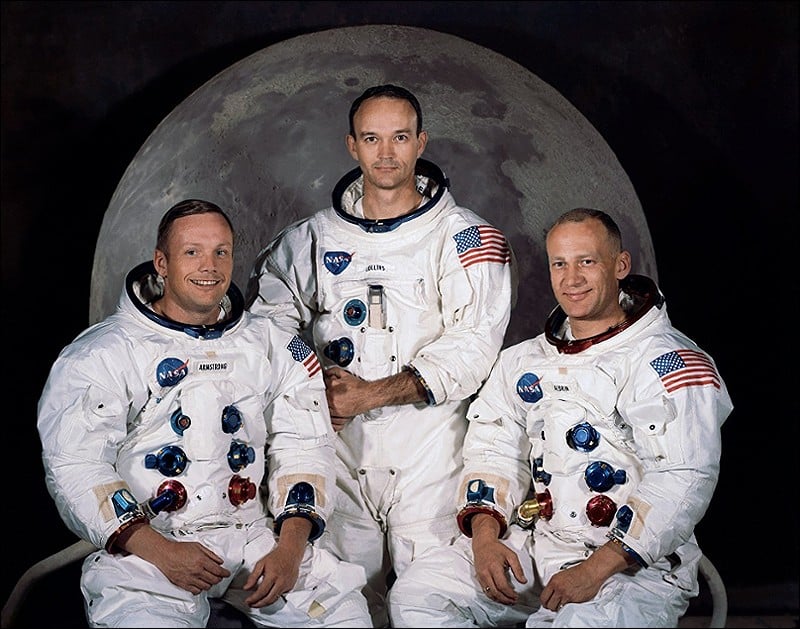 Aldrin was of course also wearing a Speedmaster when he stepped onto the surface of the Moon. The officially issued moon watches all remain government property, but Aldrin’s disappeared in 1970 when it was sent to the Smithsonian, and may be lost forever. Collins’ Speedmaster ref. 145.012-68 had previously been on display alongside the Command Module at the National Air & Space Museum. The tour will mark the first time the Columbia has left the museum since it opened in 1976. The traveling exhibit also includes the helmet and gloves Aldrin wore on his moon walk, one of the two boxes used to carrying lunar samples back to Earth, and a survival kit with a machete, radio, water, sunglasses, medical supplies and more in case the astronauts landed somewhere unintended. 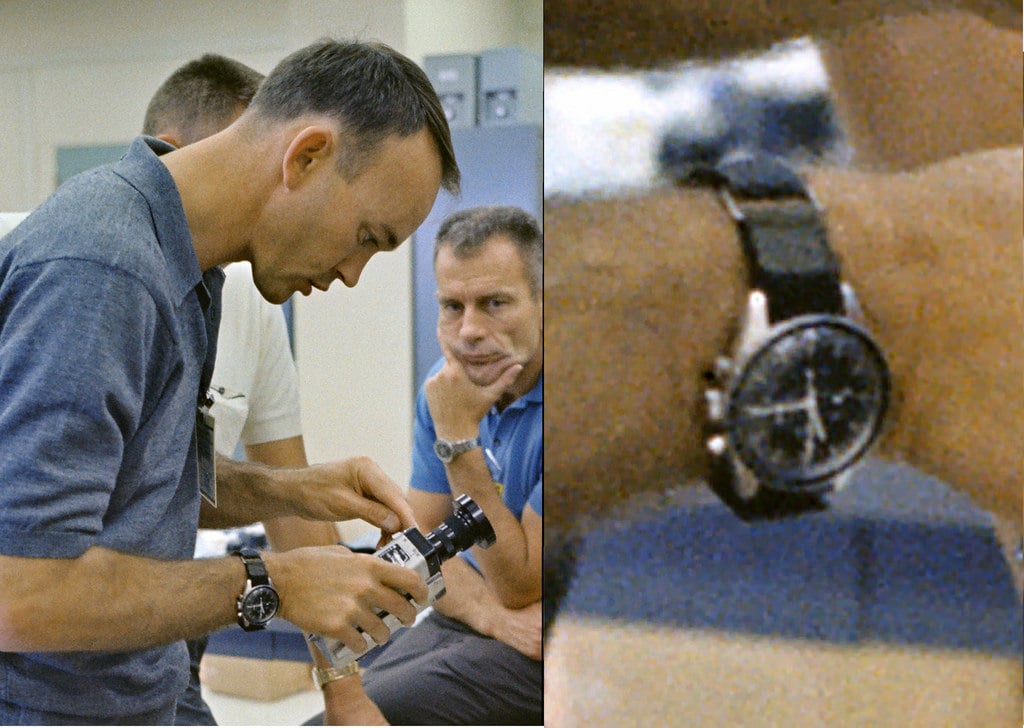 Michael Collins’ Speedmaster is continuing to increase in price for its history. (credit: picssr.com)

The Speedmaster’s reputation – and cost – continues to grow as its moon missions recede farther into the distance. In Collins’ watch we have more than a mere timepiece, and if you can make it to Houston or Washington you’ll understand why – even if you’ve never been an Omega fan and see the impacts from this forgotten astronaut who made a big difference.