On April 28, 2019, businessman and intrepid explorer, Victor Vescovo, successfully broke the record for the world’s deepest dive by taking the Limiting Factor submersible down Challenger Deep in the Mariana Trench to a depth of 10,928 meters (32,853 feet). Along for the historic dive were three never-before-seen Omega Seamaster Planet Ocean Ultra Deep watches. 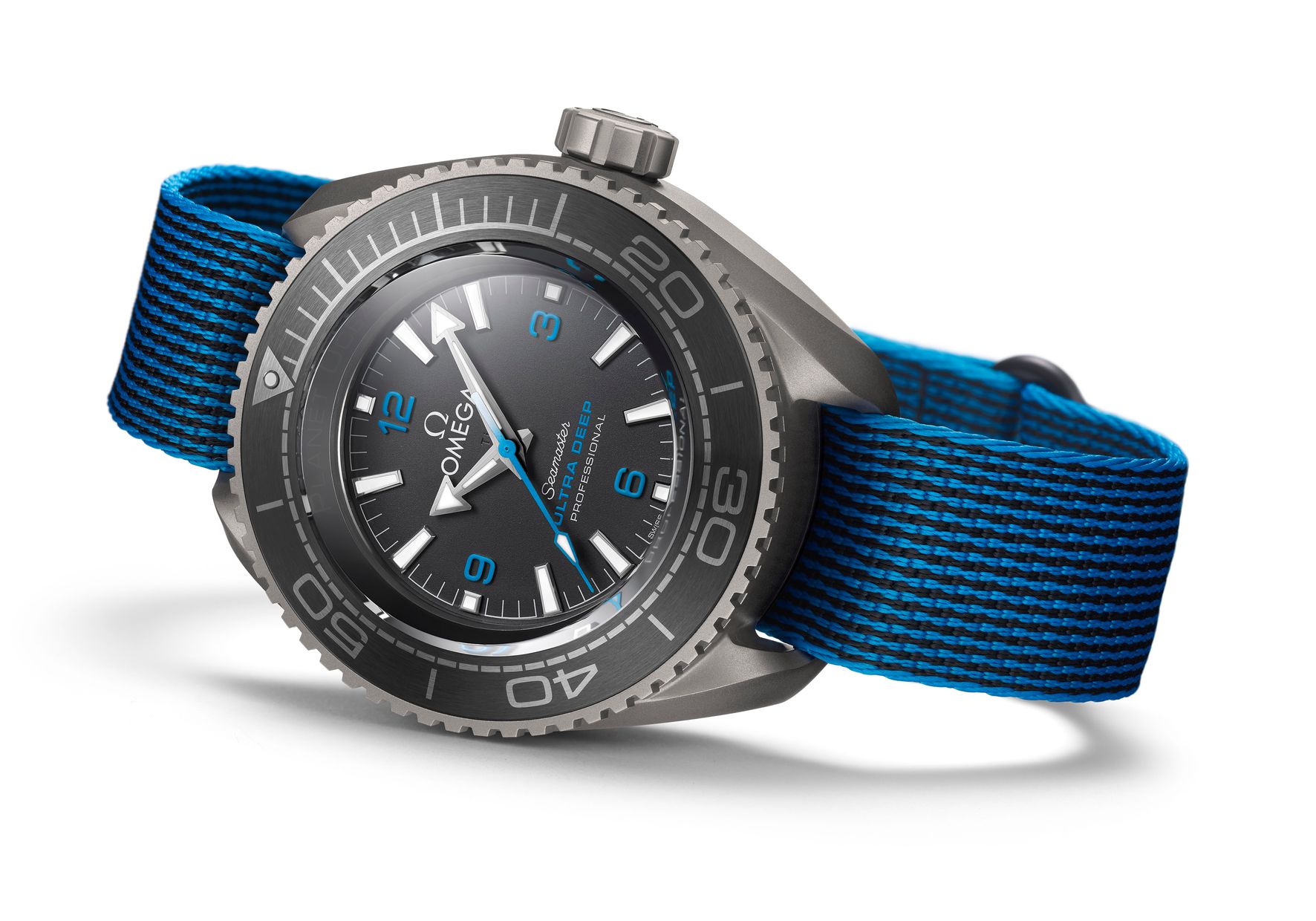 If this story sounds familiar, you may be thinking about Rolex’s ties to James Cameron’s 10,908-meter dive in 2012, or Don Walsh and Jacques Piccard’s 10,916-meter dive in 1960 – both record-setting expeditions occurring in the Challenger Deep and both equipped with experimental Rolex watches. But records are made to be broken, and on June 20, 2019 Omega unveiled the Seamaster Planet Ocean Ultra Deep concept watch during a press event in London, which now sits ahead of Rolex in the deepest dive saga. 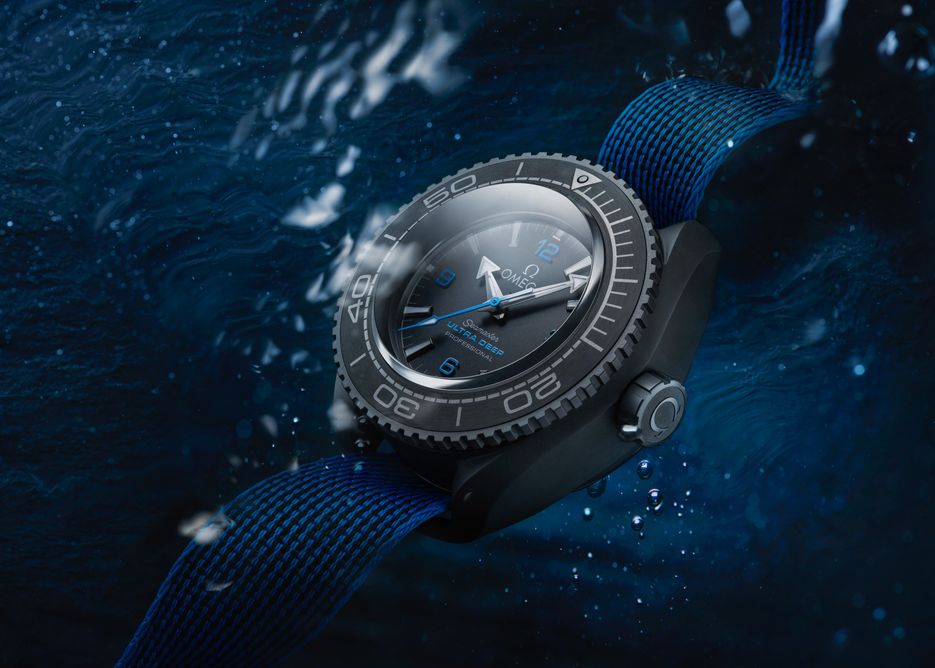 Self-funded and ambitious, Vescovo didn’t just dive into the Mariana trench once, but he and his team completed four dives to the bottom of the Challenger Deep in ten days. What’s more, as impressive as this feat is, it is actually just one-fifth of the Five Deeps Expedition – the world’s first manned expedition to the deepest point in each of the five oceans. 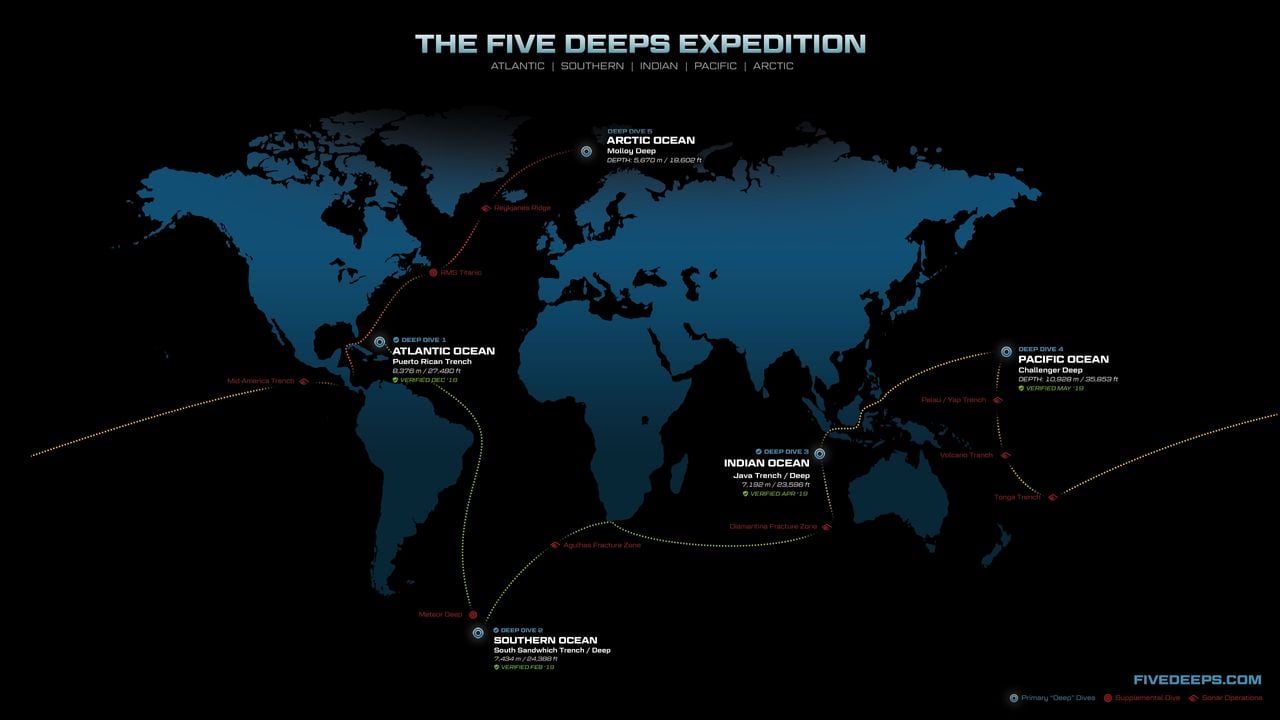 With the Atlantic Ocean, Southern Ocean, Indian Ocean, and Pacific Ocean missions now complete, all that’s left is the Arctic Ocean dive, slated to take place in September 2019. Vescovo was on hand during the Seamaster Planet Ocean Ultra Deep unveiling event at the British Museum, and commended Omega for its “ability to create a full ocean timepiece that’s not only super tough but slim, light and stylish.” 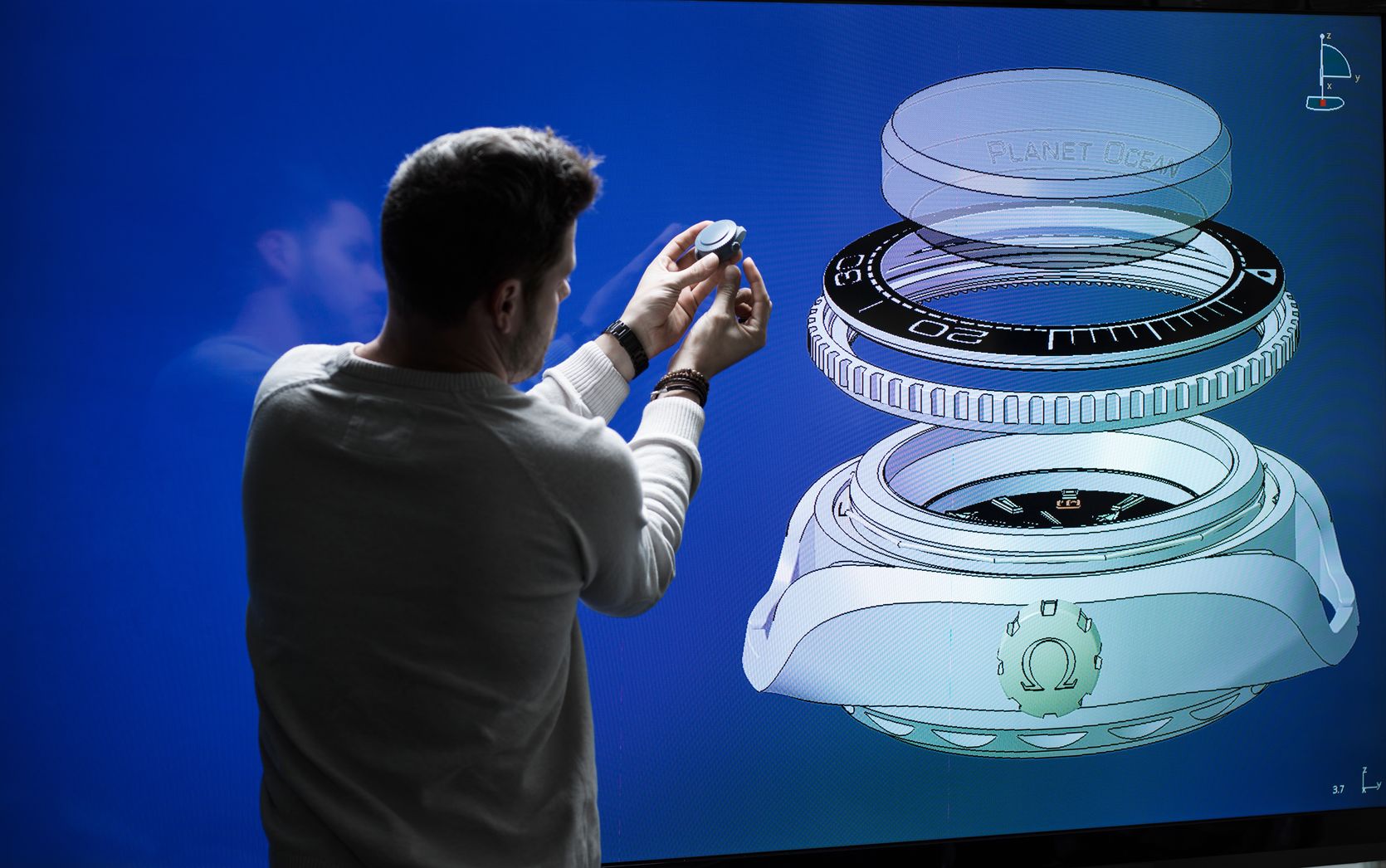 Not one, but three Omega Seamaster Planet Ocean Ultra Deep watches accompanied Vescovo’s Challenger Deep dive; two fitted on the submersible’s robotic arm and another on the Lander data-gathering unit. 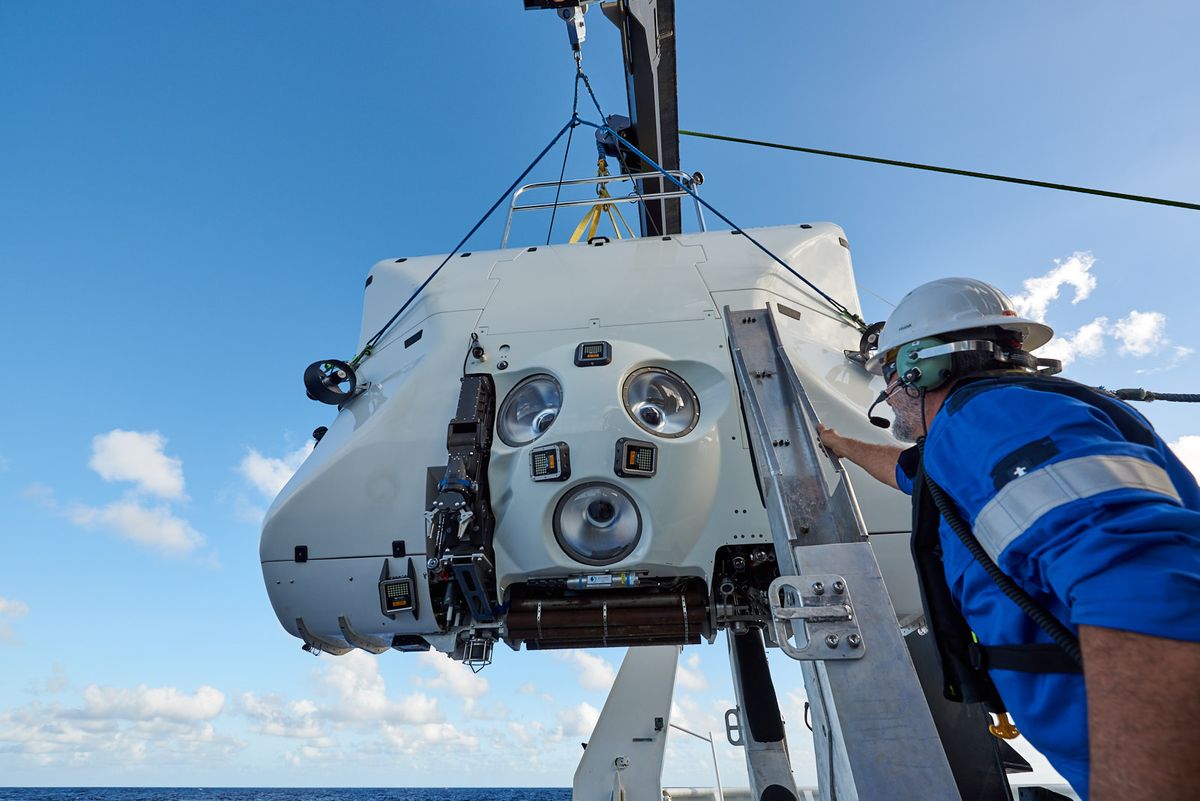 Dimensions-wise, the 52.2mm diameter and 28mm thick Seamaster Planet Ocean Ultra Deep is quite obviously a mammoth sized watch. But when you’re tasked to plunge 11km into the ocean, that’s relatively restrained – the watch is actually rated to 15,000 meters. For context, the Rolex Deepsea Challenge watch strapped to James Cameron’s submersible measured 51.4mm and 28.5mm thick. Remember, these watches are not made for human arms; they were destined to be fixed to underwater vessels and subjected to bone crushing pressure. 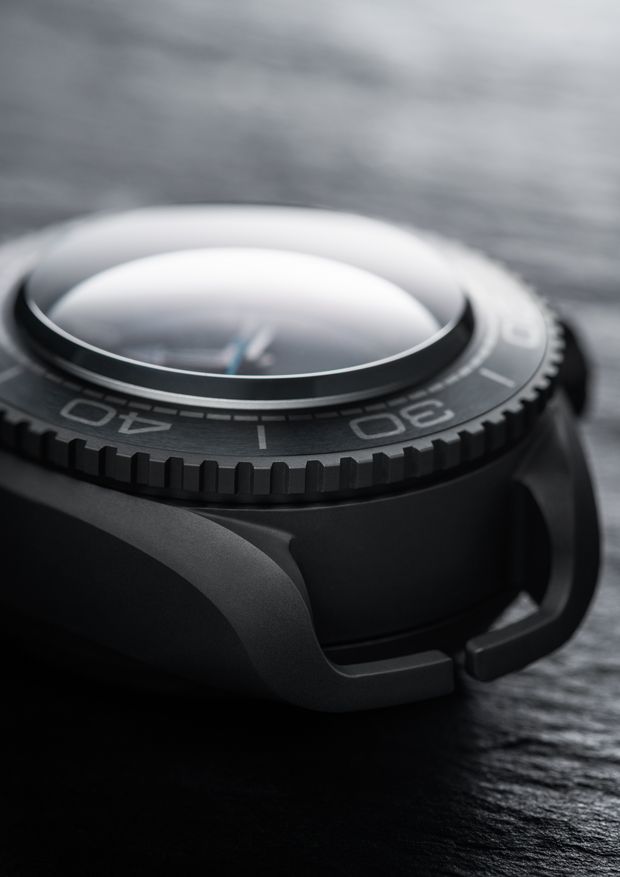 To keep things light, the case of the Seamaster Planet Ocean Ultra Deep is constructed from grade 5 titanium. But for added interest, Omega did not just purchase off-the-shelf titanium but actually used cutoffs from the Limiting Factor’s hull, complete with international maritime authority DNV-GL stamps. The open shape of the “manta lugs” is not only an intriguing design element, but it serves to offset further stress to the case under already extreme pressure. 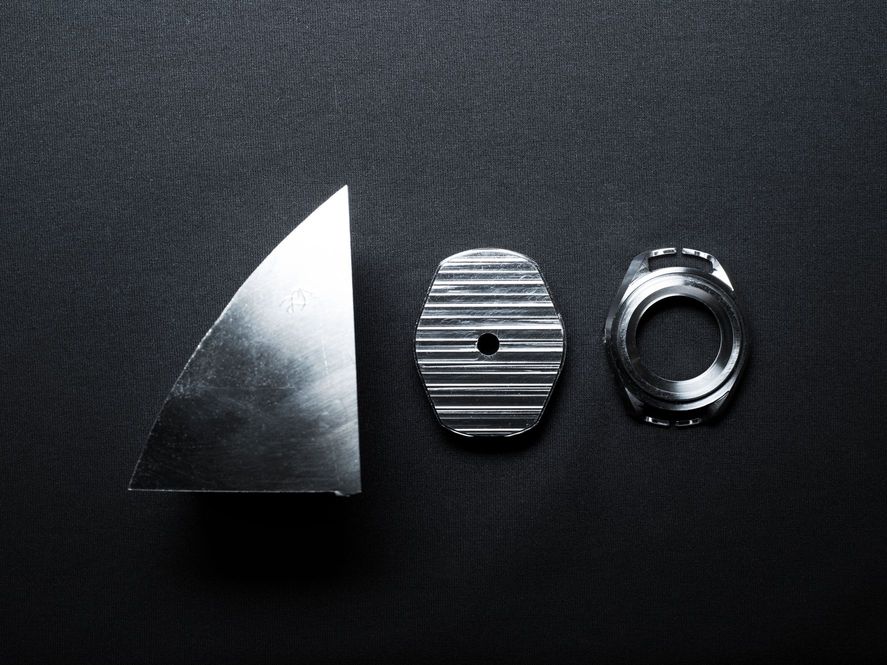 Attached to those lugs are blue polyamide straps with Velcro closures, similar to the straps used during the Apollo missions. Matching the blue strap are the blue details on the dial, including the 3/6/9/12 numerals and the ULTRA DEEP name. Also on the dial are the familiar Omega Broad-Arrow hands and lumed-filled trapezoid hour markers. 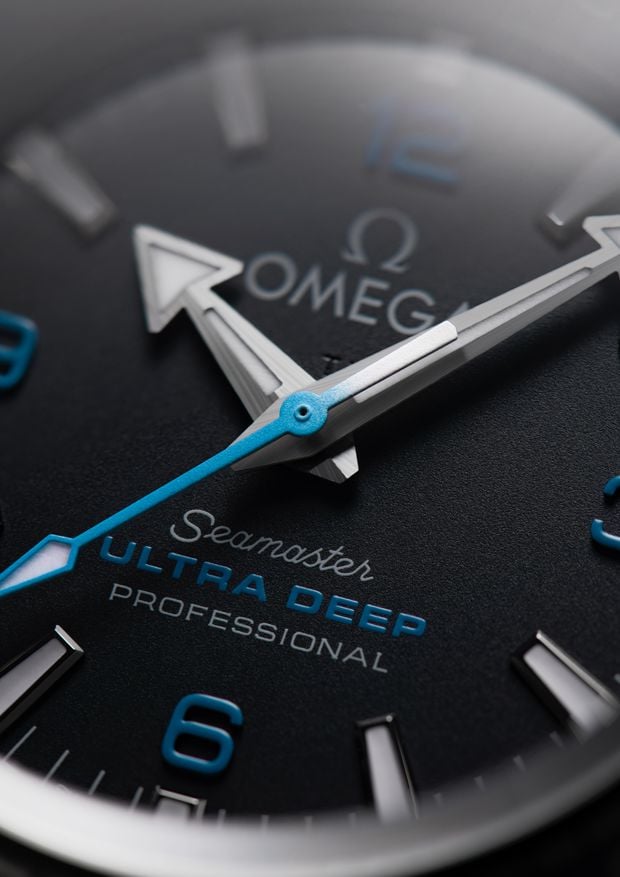 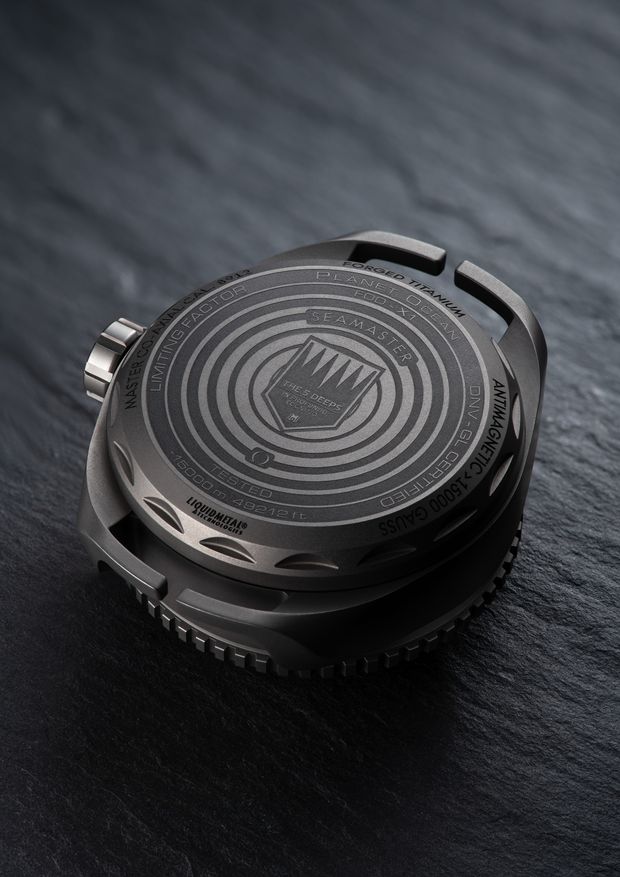 What’s Next In The Watchmakers’ Race To The Bottom?

Rivalries are always good for commerce and consumers, regardless of the industry. Intense competition typically paves the way for better products in a bid to get a bigger piece of the pie. And in the watch industry, there’s no rivalry as enjoyable to watch as Rolex vs. Omega. 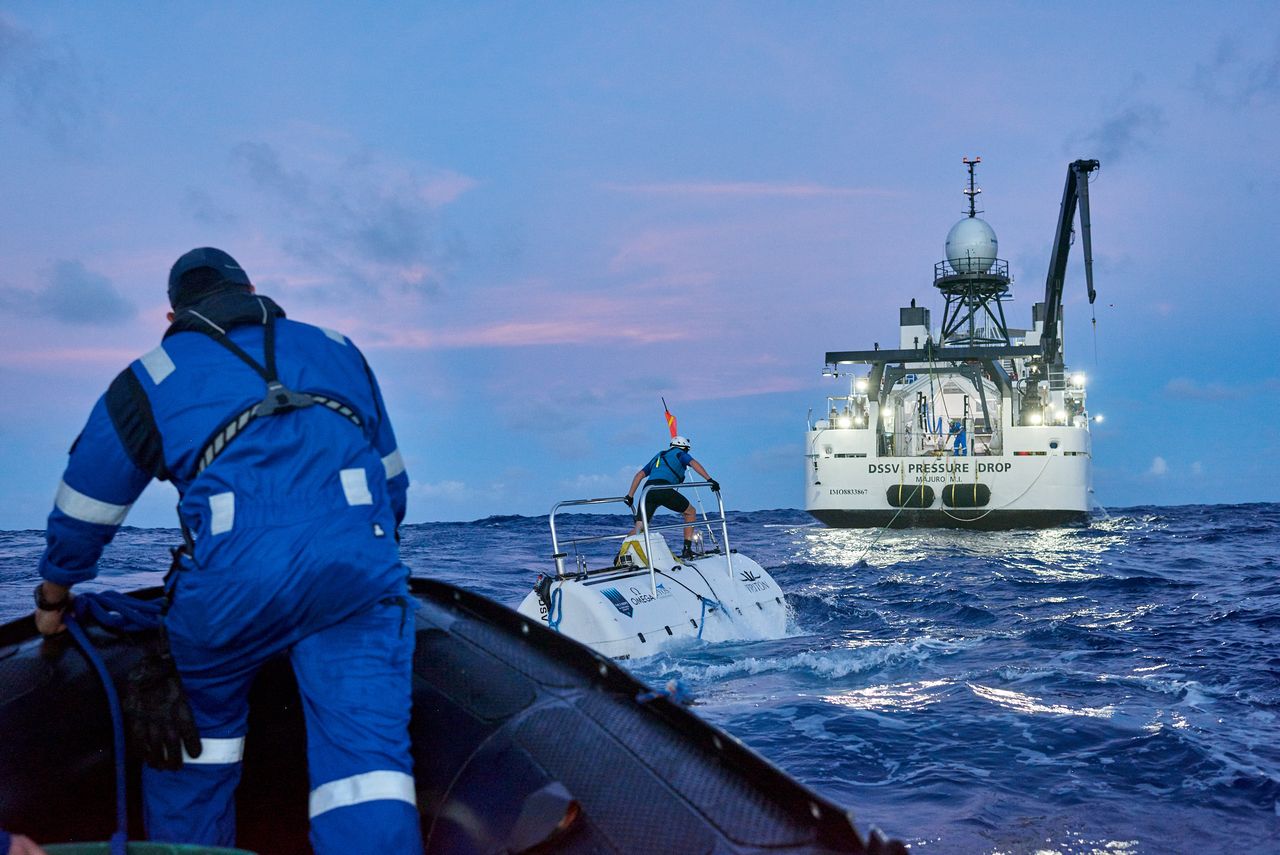 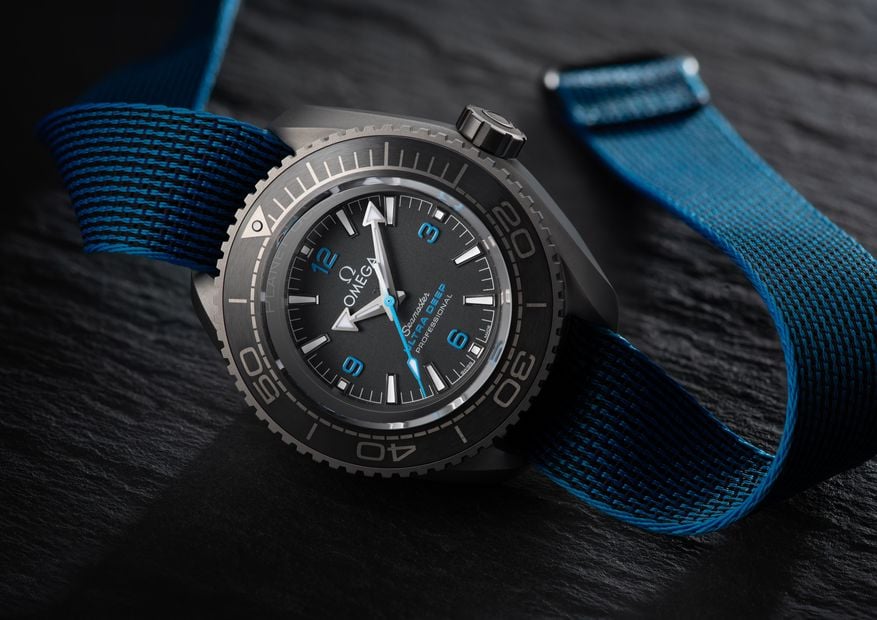 Of the two brands, Omega was the first to launch purposefully built watches for marine life and diving with the Marine (1932) followed by the Seamaster (1948) and the Seamaster 300 (1957). Yet, while Rolex launched its dive watch a little later in 1953, it’s no secret that the Submariner has dominated the luxury dive watch market for decades, supported by its bigger brothers the Sea-Dweller and the Deepsea. 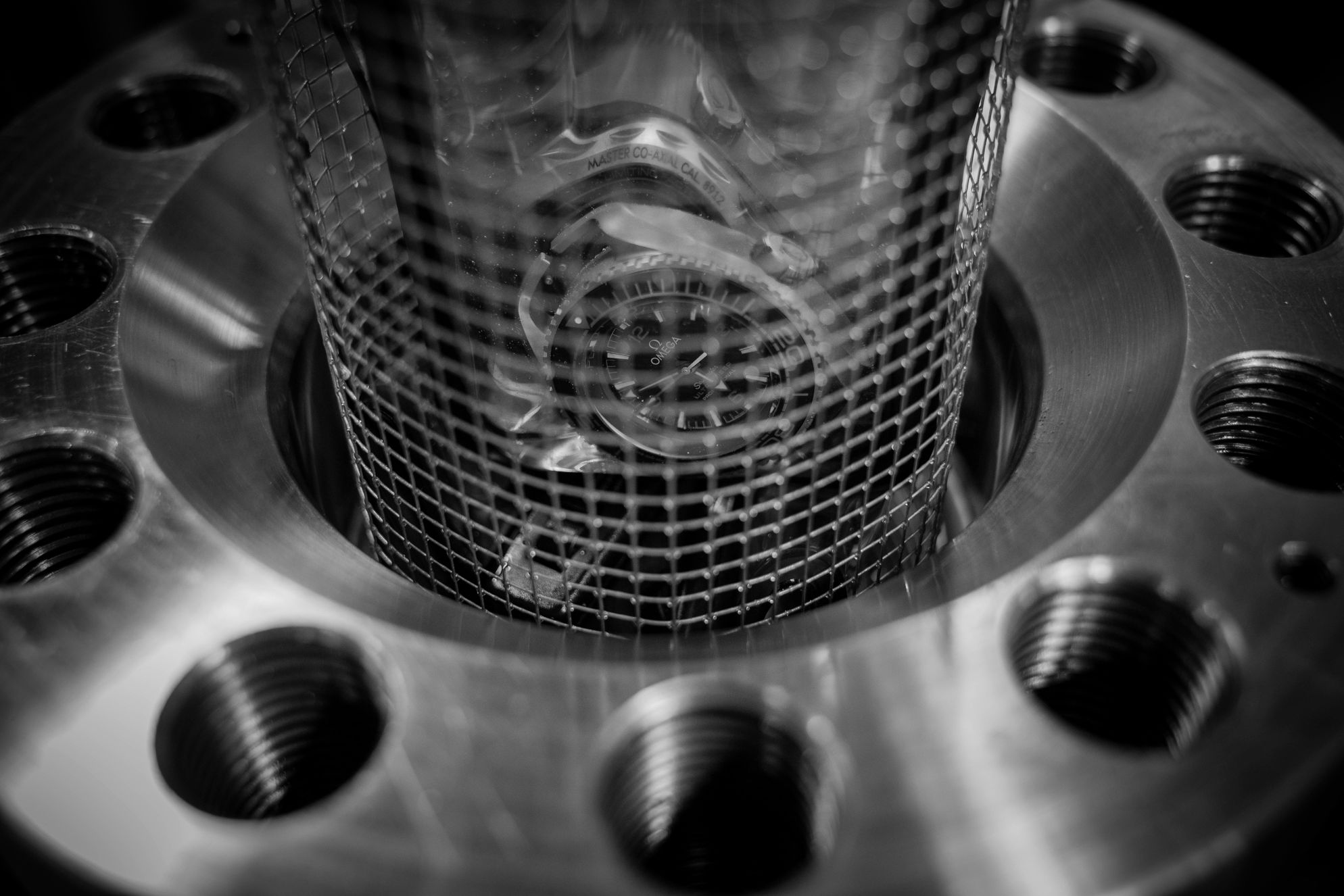 Through the official press release, Omega stated that the Seamaster Planet Ocean Ultra Deep used “materials and technology that could be commercialized” and that the “Ultra Deep technology is destined to surface again in the very near future.“ That’s a not so subtle way of saying that the Ultra Deep will soon move from concept model to production-ready dive watch.

The ball is in your court, Rolex. 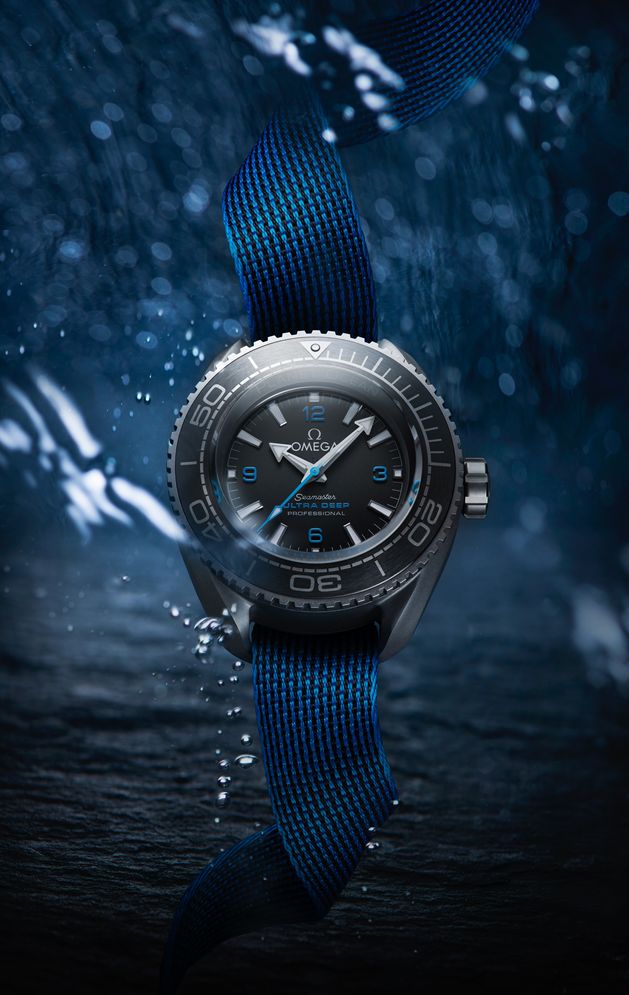