A Closer Look at the Vacheron Constantin Fiftysix Blue

It’s interesting to see how much flack some brands have taken over new collections in the last couple of years. The Piaget Polo S and AP’s Code 1159 are the first that spring to mind, and though to a lesser degree the Vacheron Constantin Fiftysix was more or less in the same boat. It seems that every time a brand from the upper echelon of watchmaking decides to make something more approachable, they get pushed under the bus. Accused of “cheaping out”, or diluting the brand, I can’t help but laugh every time one of these situations presents itself, because this is the same very vocal crowd that moans and groans that luxury watches from these same houses are too expensive. Seems to me, some are simply never satisfied, right? 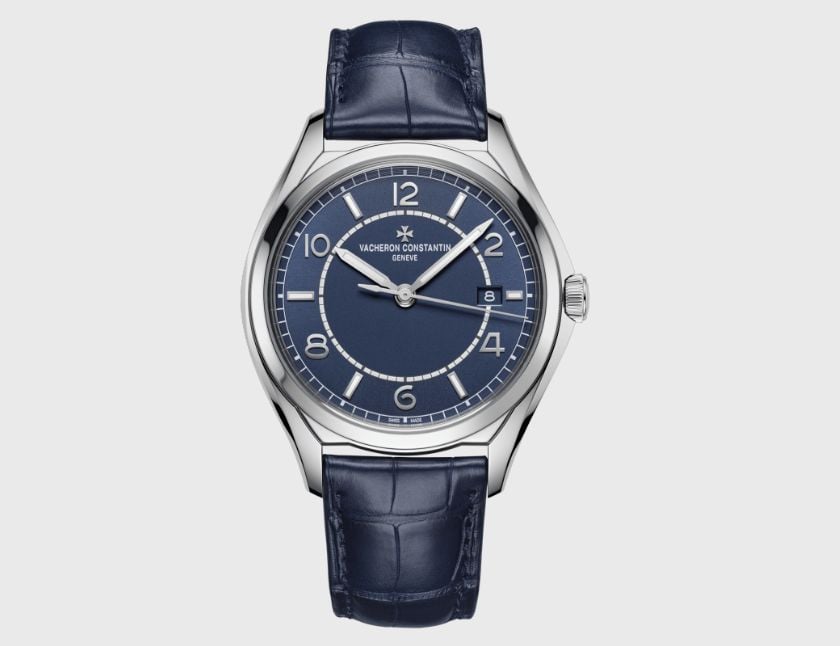 Despite being the entry point into Vacheron’s catalog, the Fiftysix is anything but entry-level.(Image: Vacheron Constantin)

While I didn’t care for every single detail about the Vacheron Constantin Fiftysix when it launched (I found the dials of the original three hand versions a little flat), I certainly wasn’t incensed or outraged by Vacheron delivering a new entry-level collection, especially considering its design is quite well aligned with the aesthetic principles that echo through the rest of the brand’s collections. The stubby-lugged 40mm cases fit very comfortably on the wrist, and are elaborately faceted and beveled in a way that draws in the eye without seeming overly busy.

With a jumping off point of $11,600 for a 3-hand and date watch, the standards have to be kept quite high, and when the opportunity came up to spend some extended time with the latest blue-dialed variant of the Fiftysix, I couldn’t say no. I’d done the same with the Polo S, finding myself surprisingly impressed with its execution (regardless of vague similarities to the Patek Aquanaut and Nautilus), and I was curious to see what sort of impression the Vacheron Constantin Fiftysix would leave after some time on the wrist compared to my initial thoughts having seen it during brief presentations. 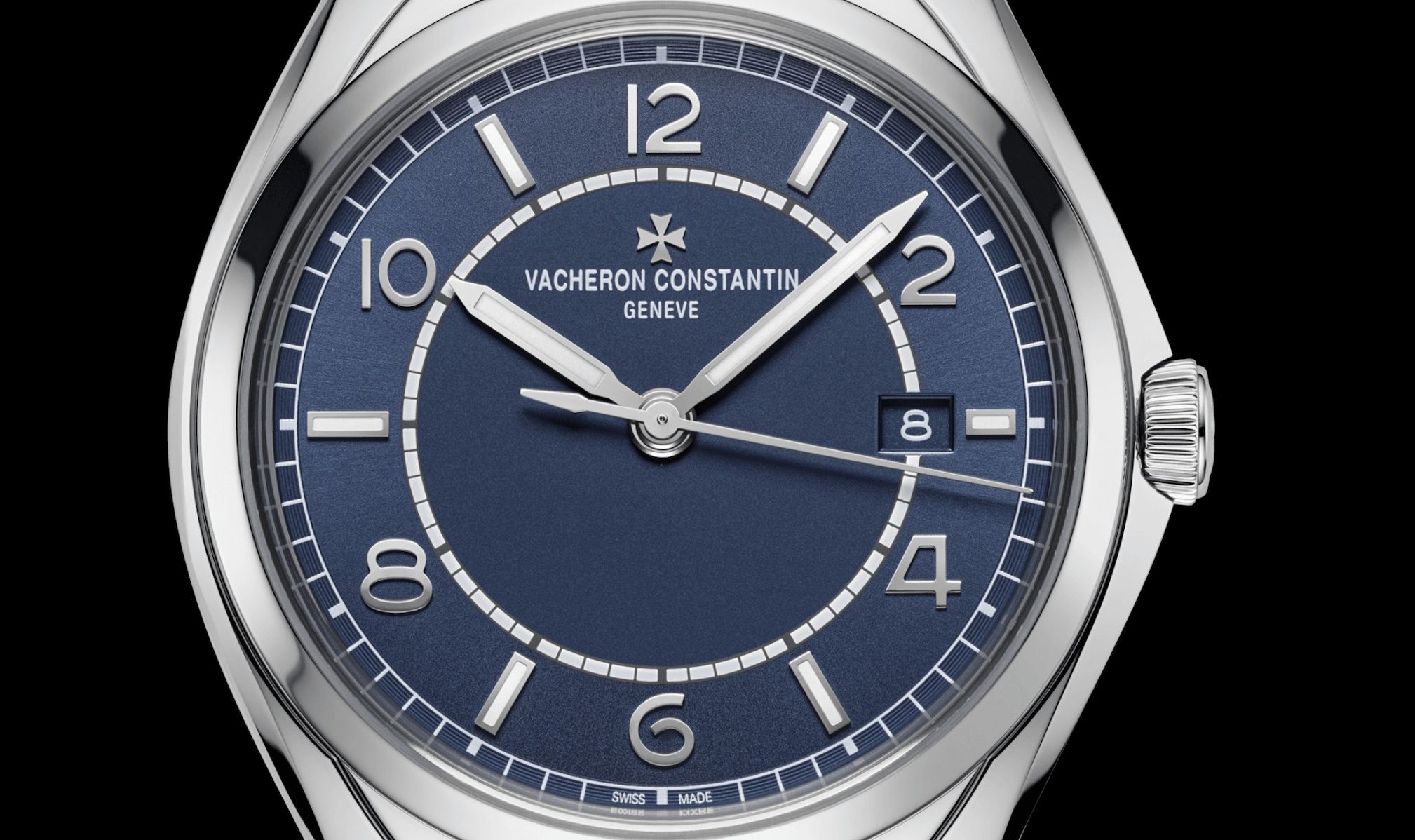 Vacheron has added a blue version to the Fiftysix lineup for 2019. (Image: Vacheron Constantin)

All About The Details

As I noted in my intro, there is a lot of detail on the case of the Vacheron Constantin Fiftysix – so much, that I found myself noticing different things the more time I spent wearing it. Little details like the way little corners of its case protrude from underneath its bezel between its lugs, or how the slender bevel on its right lugs broadens to become the profile of its crown guards (for example) weren’t things that jumped out at me at first glance. I also didn’t initially notice that its crown is somewhat oversized considering its case dimensions. Though it tucks away nicely behind the aforementioned crown guards and has quite subtle ribbing, it was consistently easy to grip and operate as needed.

In this configuration, Vacheron addressed one of the minor gripes I had with the initial 3-hand version – its date window. Granted, they at least ensured that the font of its date disc matches the indices on the dial (something that doesn’t happen nearly often enough), but the contrast created by its white date disc beneath an opaline or silver dial just felt a little unfinished. With the blue dial variant, VC opted for a blue date disc, making its date indication much more subtle without impacting legibility. 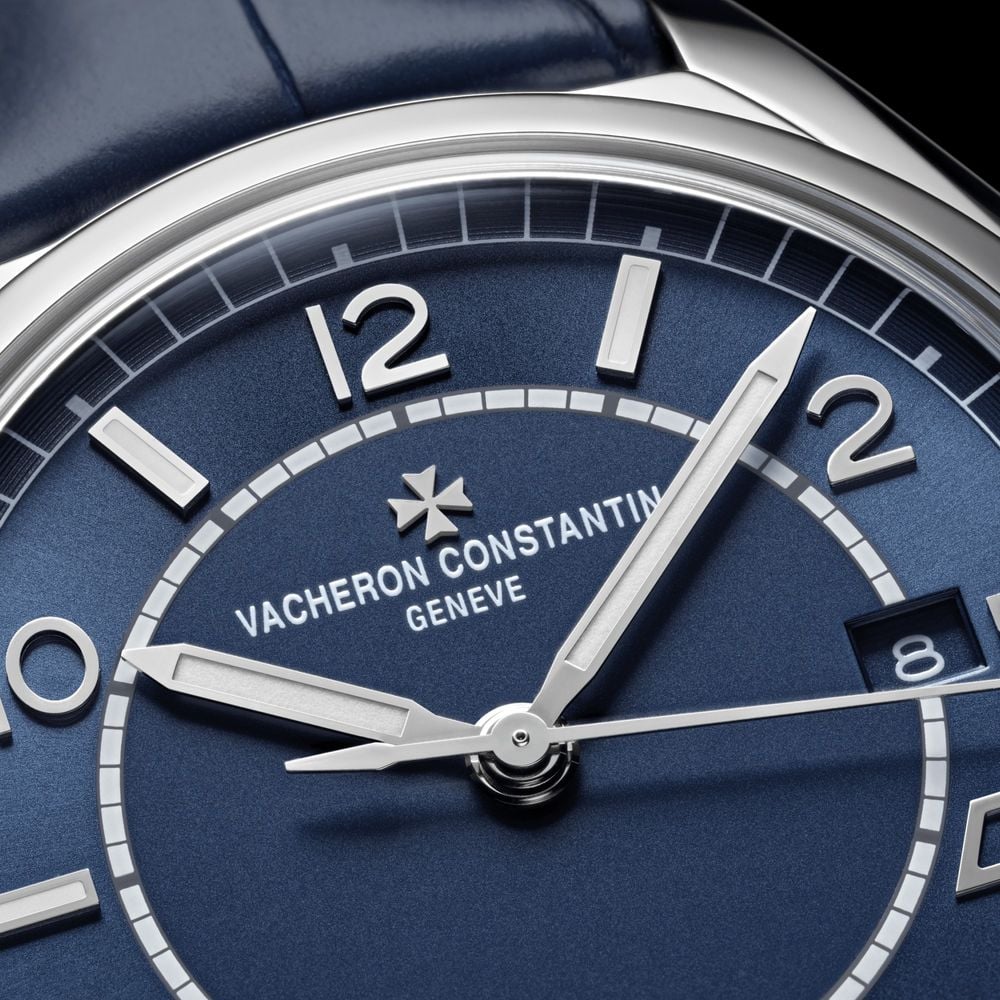 The blue version matches the calendar disc to the color of the dial for a refined yet subtle touch. (Image: Vacheron Constantin)

There are some pluses and minuses to the Vacheron Constantin Fiftysix when you first strap it on. The profile of its case hugs the wrist very nicely, however its stock strap is very stiff when first strapped on, and when paired with its deployant clasp, it’s not the most comfortable watch out there. As you break in its alligator leather strap, it will definitely soften and become more comfortable, so don’t let that throw you. Given my collection of aftermarket straps, I often opted to swap the Fiftysix onto other options, which worked out quite well.

Unlike more conventional dress watches, the Fiftysix is surprisingly suited to casual wear with an assortment of straps. This is a great benefit for this kind of watch – with Vacheron wanting to capture a new and younger demographic, it is imperative that the watch be versatile and well-rounded for frequent wear. After all, the more a new VC owner finds himself wearing/loving his/her new watch, the more likely he is to think of the brand again when preparing to make his/her next purchase. 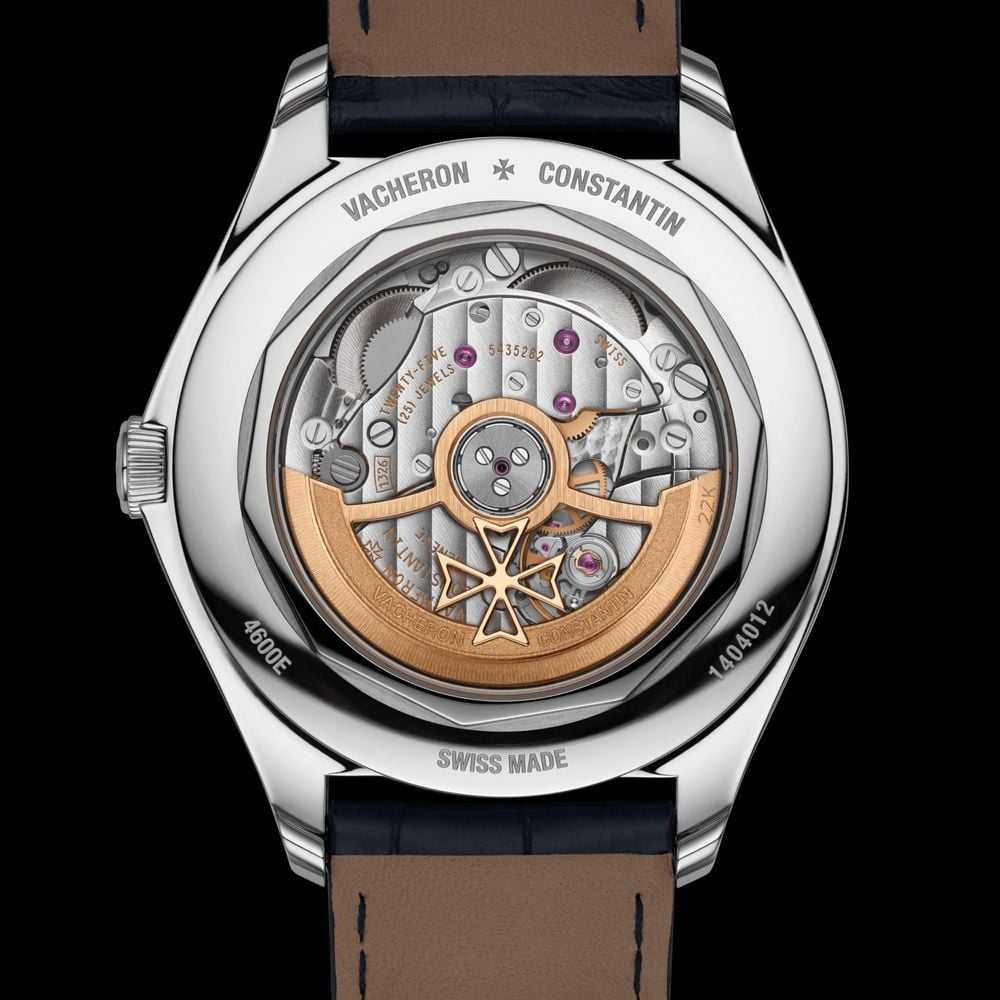 Although it is the entry-level offering in Vacheron’s lineup, the Fiftysix is just as well-finished as its more expensive siblings. (Image: Vacheron Constantin)

All told, The Vacheron Constantin Fiftysix collection isn’t going to create a monumental shift in sales for VC, nor is it going to instantly become as highly desired and coveted as things like the Nautilus, Daytona, or Submariner. That said, this watch moves the price of entry down several thousand dollars when compared to things like the Overseas, and its design has mass-market appeal that should at least draw in some new clientele. At a personal level, the complete calendar is still the favorite when compared to the three hand model, but this guy is a solid effort at the very least. 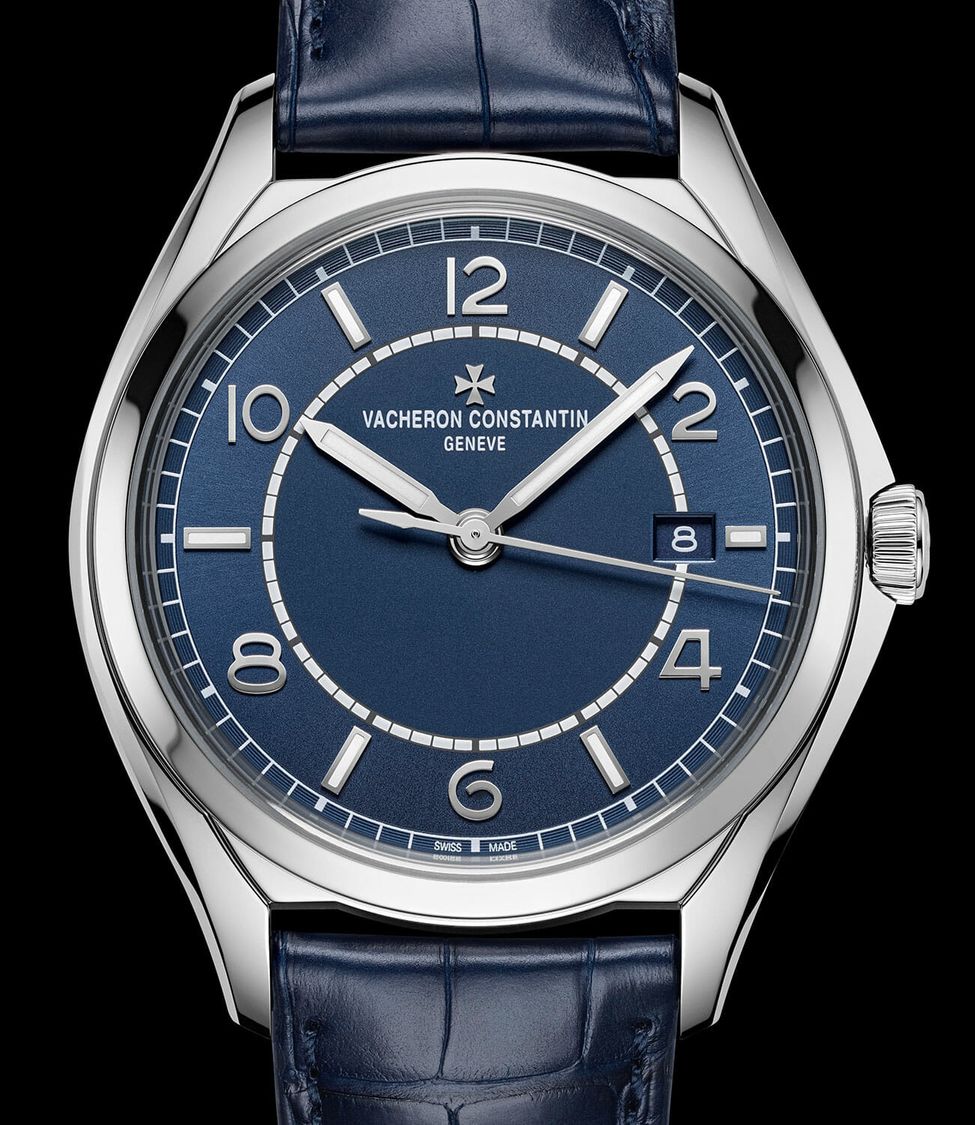 Priced significantly less than the Overseas collection, the Fiftysix is the least expensive way into Vacheron ownership. (Image: Vacheron Constantin)