Headline-grabbing billionaire Elon Musk was among the elite earning special solid-gold Omega Speedmasters recently, as part of the Stephen Hawking Medal for Science Communication awards at the Starmus V Festival in Zurich, Switzerland.

The Tesla tycoon joined Buzz Aldrin, the second man on the Moon who famously wore the Omega Speedmaster on the lunar surface, establishing it as the stuff of legend; as well as British producer and musician, Brian Eno and the makers of an Apollo 11 documentary in receiving the precious timepieces, presented by Omega President and CEO, Raynald Aeschlimann. 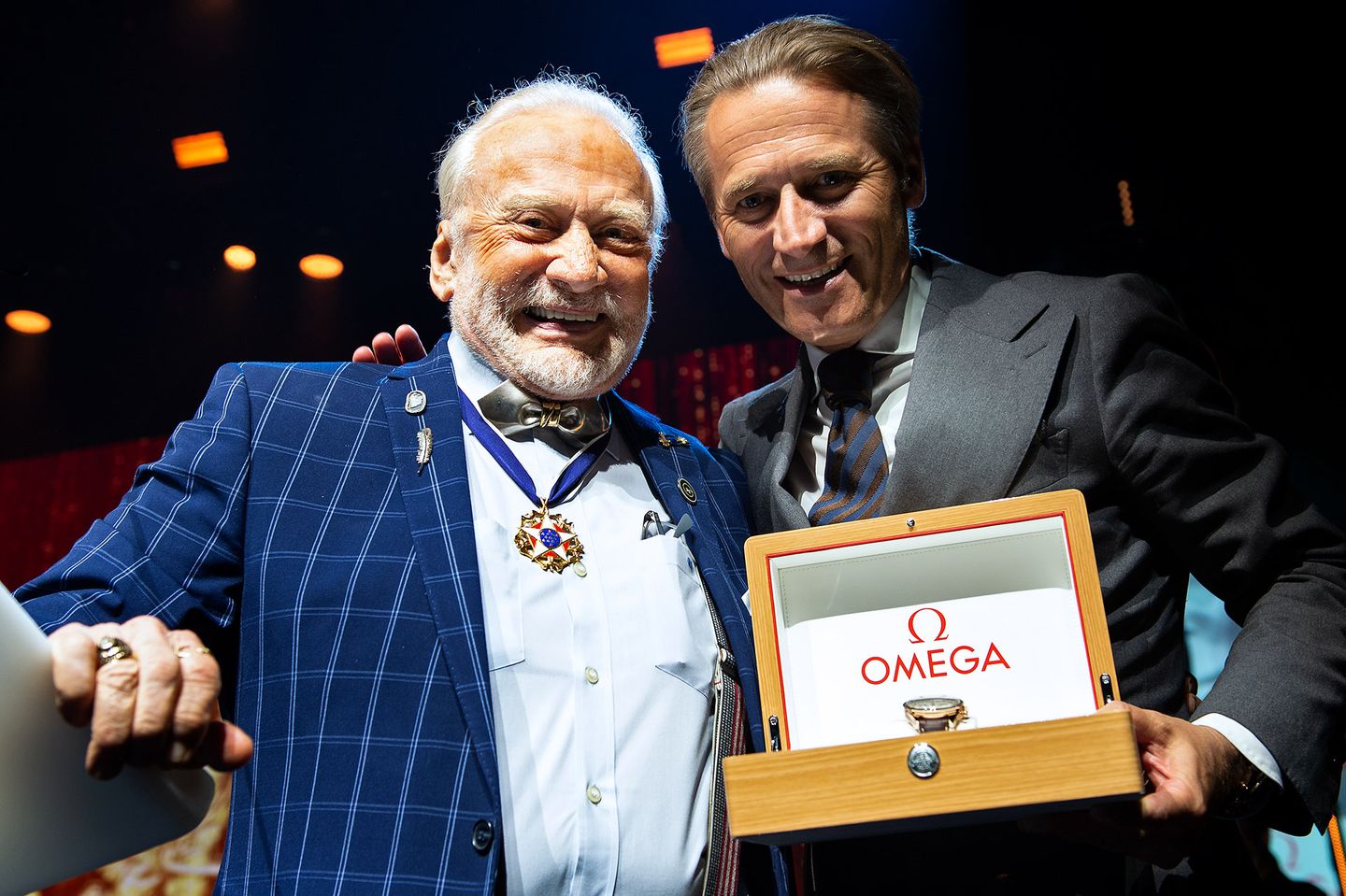 Starmus V and the Stephen Hawking Medal for Science Communication

Omega sponsors the festival and the Stephen Hawking Medal for Science Communication awards, named for the late physicist and cosmologist who died last year, which recognizes work of those “helping to promote the public awareness of science.” 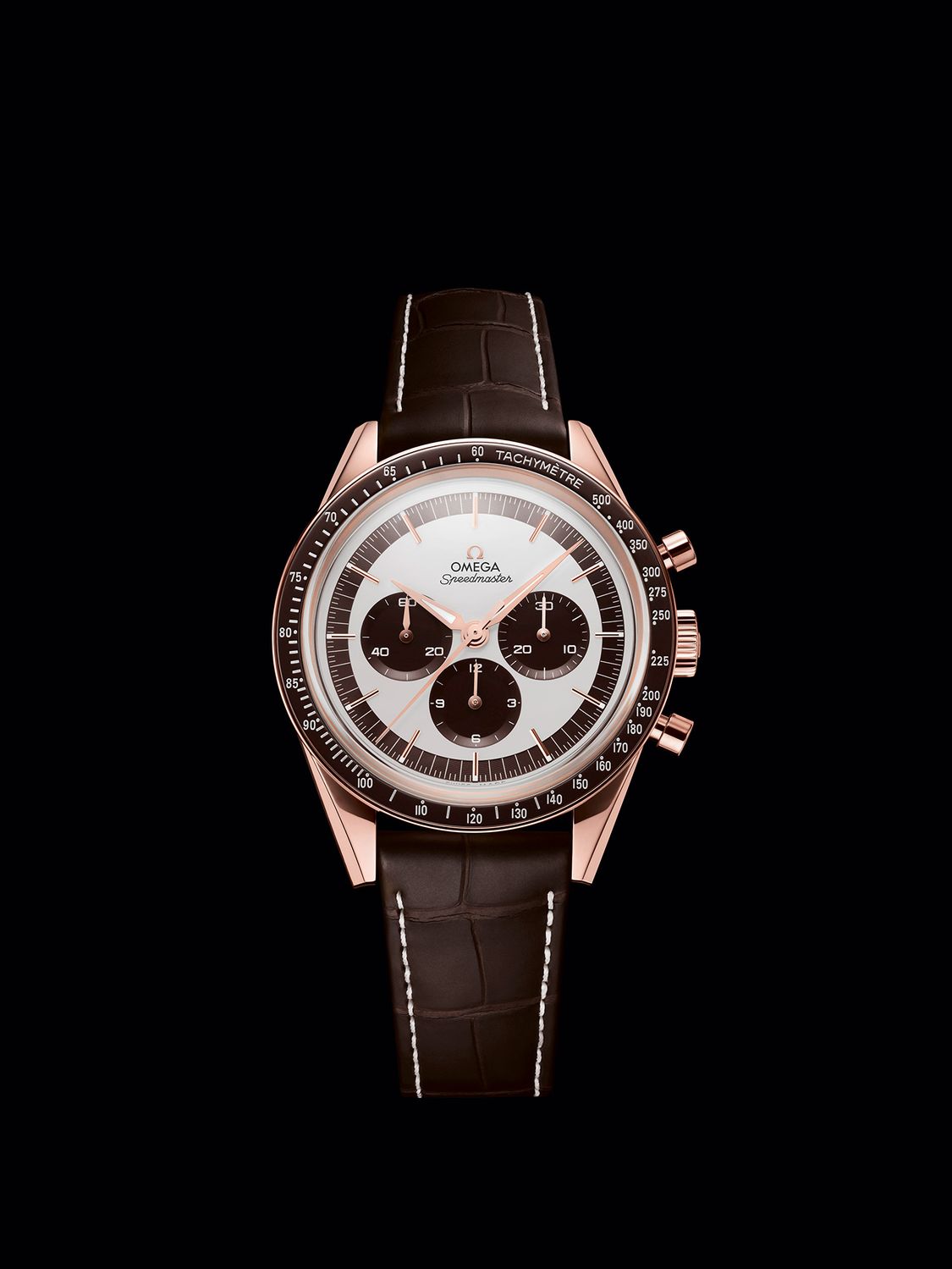 The prize watch is a “First Omega in Space” Speedmaster Moonwatch; however this one is crafted from 18K Sedna gold. It’s based on the one worn by astronaut Walter Schirra on Sigma 7 mission of the Mercury program in 1962, in the course of which he orbited the Earth six times.

The updated design features a brown polished ceramic bezel ring and a matte chromium nitride tachymeter scale, as well as brown PVD sub-dials and a central opaline silvery dial. The caseback is engraved with “WINNER OF THE STEPHEN HAWKING MEDAL FOR SCIENCE COMMUNICATION” along with a laser engraving of the medal itself, which portrays the Starmus logo, images of Alexei Leonov during the first human spacewalk, and the “Red Special” guitar of Queen’s Brian May. 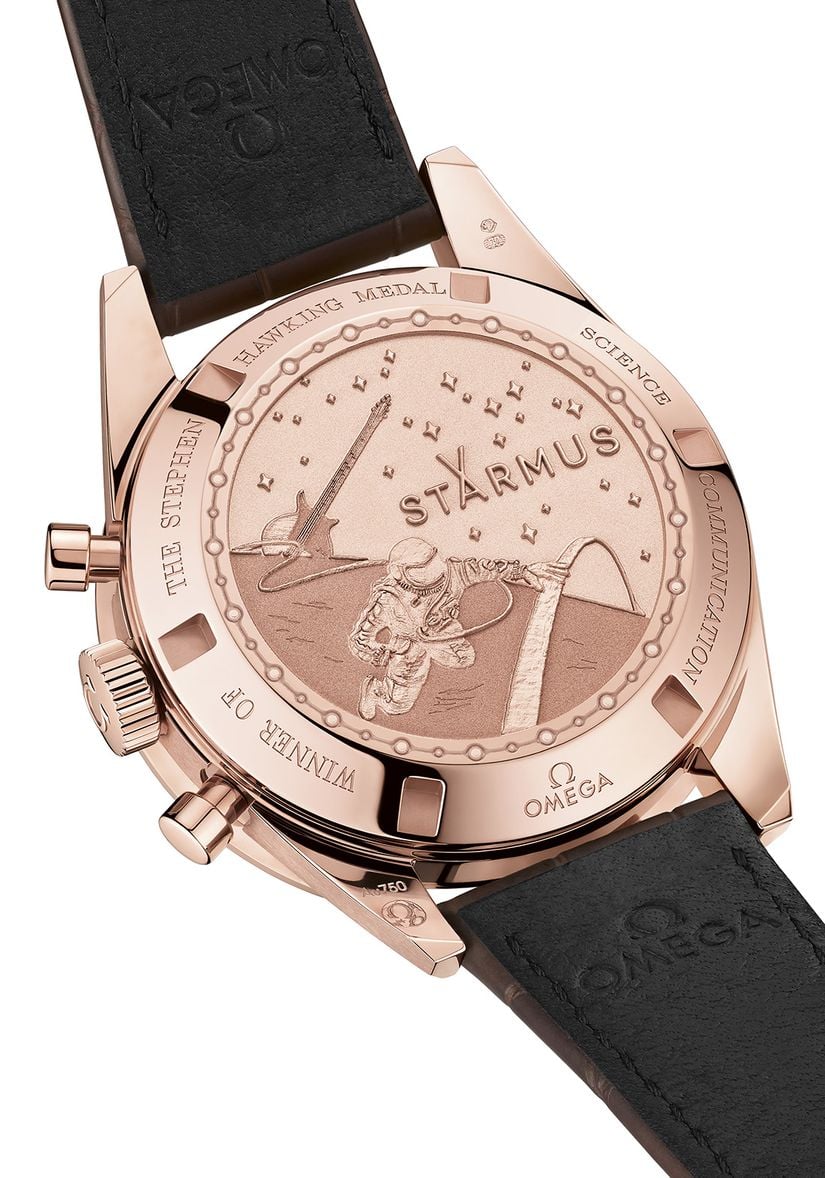 The caseback of the watch is adorned with a special Starmus engraving. (Image: Omega)

Aldrin’s watch was presented as a special Lifetime Achievement Award for the groundbreaking astronaut and longtime Omega brand ambassador. Musk’s medal and watch (which he was not in Zurich to receive personally) are being given to him for “his accomplishments in space travel and for humanity.”

“It’s a great honor to be here amongst so many esteemed names in the science community,” Aeschlimann said at the event. “I know these winners are truly deserving of the medal and they have all shown a great commitment to human understanding and progress. Omega has its own pioneering history and future in space, so we are thrilled to join the celebrations and share in this common quest for excellence.” 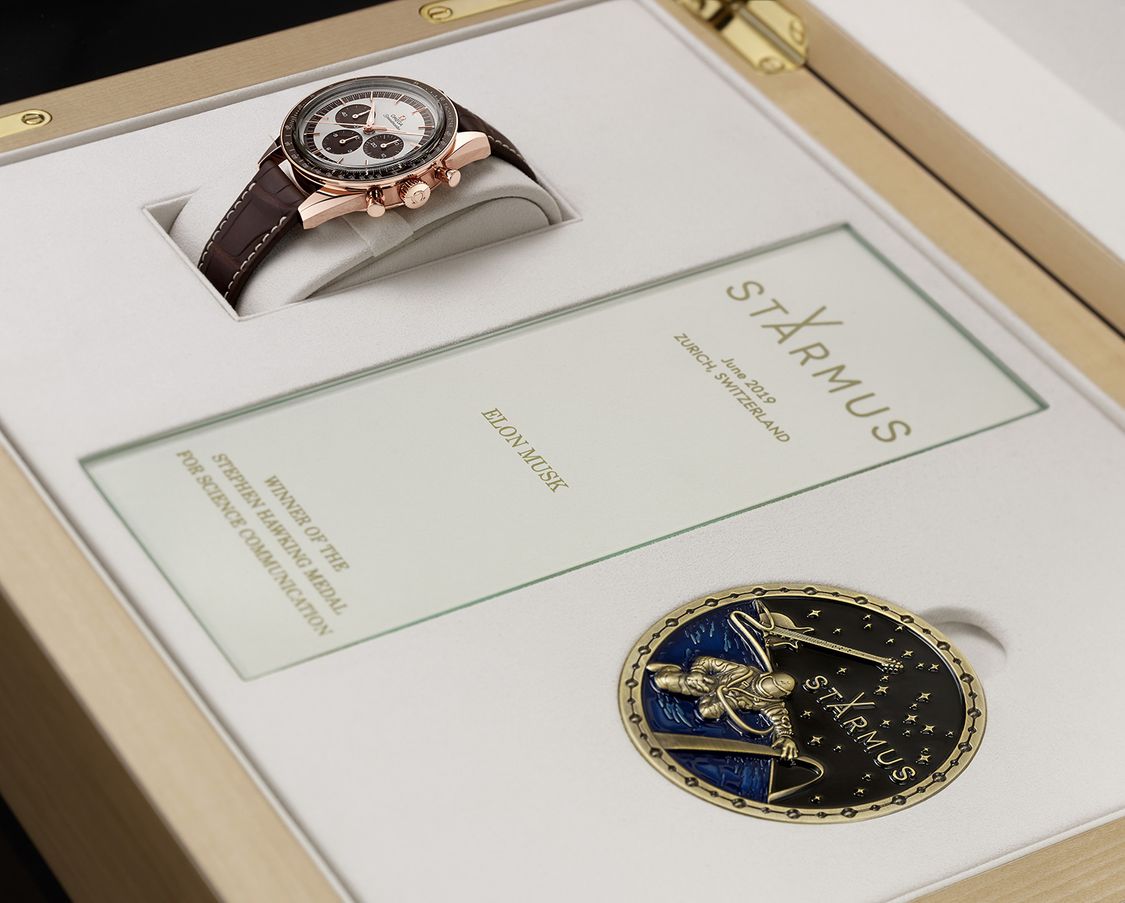 Elon Musk was not present at the awards ceremony to receive his watch and medal. (Image: Omega)