The turn of the millennium marked a new era of Rolex watches and the arrival of several key innovations. During this decade, Rolex unveiled its new Cerachrom ceramic bezel material, updated the proportions of its professional series, debuted the Maxi dial, and introduced several movement upgrades, including the Blue Parachrom hairspring and the first in-house Daytona movement, the Caliber 4130. For Rolex, the 2000s ushered in a more contemporary design language, taking a step away from beloved 5-digit watches that ruled the market for decades.

The 1990s were a successful decade for Rolex. The first Yacht-Master and reimagined no-date Submariner 14060 both made their debut, while staples of the brand like the Submariner ref. 16610 and Datejust 16233 became fixtures on wrists all over the world. When much of the Swiss watchmaking industry was still a bit shaky following the tumultuous Quartz Crisis of the 1970s and 1980s, Rolex reigned supreme with its unwavering dedication to producing high-quality mechanical watches. 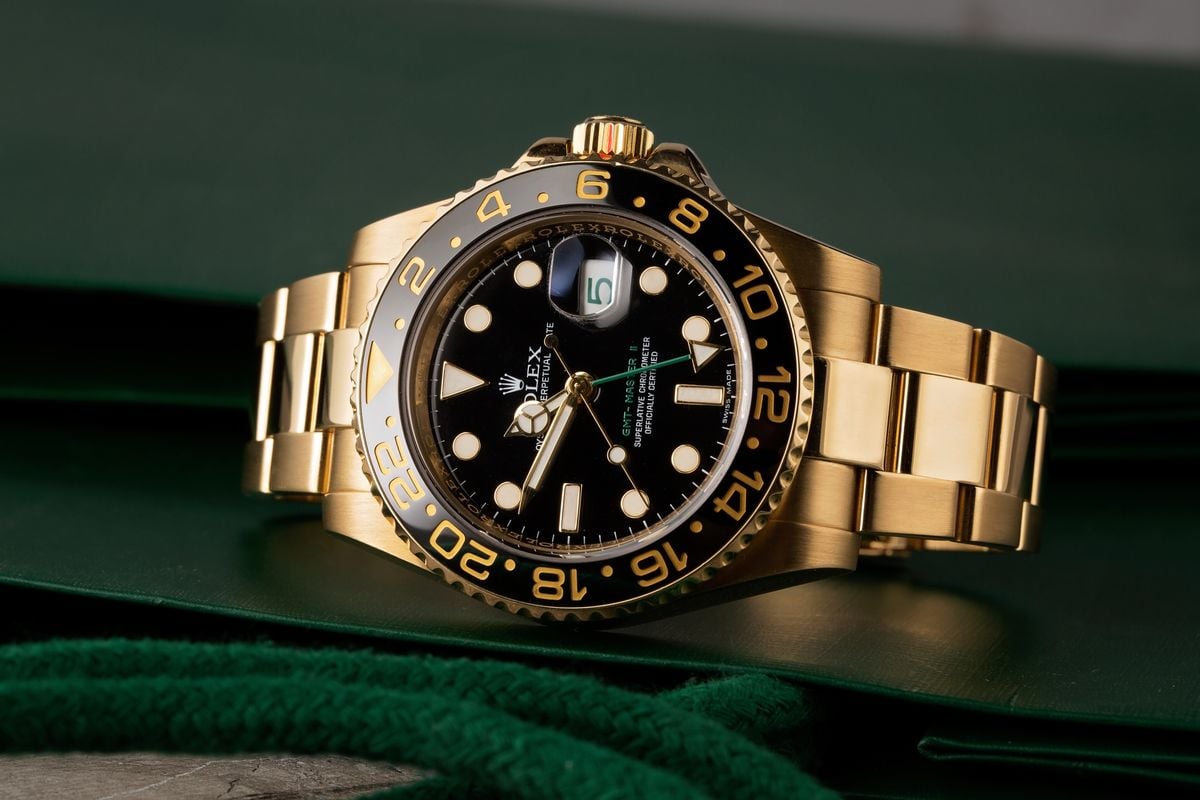 Notable Rolex watches from the 2000s 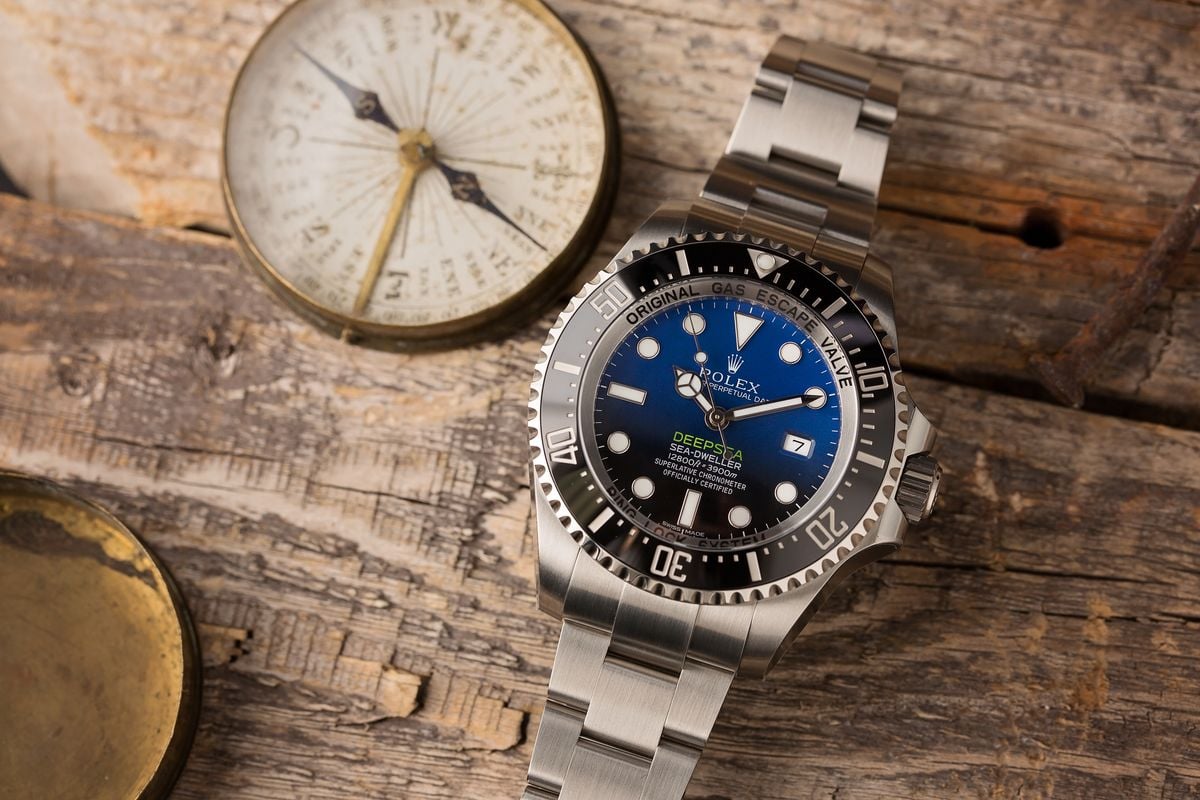 The Most Notable Rolex Upgrades of the 2000s

Throughout history, Rolex has always pushed the boundaries of traditional watchmaking, and the first decade of the 2000s marked a time when a number of important Rolex technologies first made their appearances.

Among the most notable upgrades that Rolex rolled out during the 2000s is the Cerachrom bezel, which replaced the aluminum variation that had been a staple of the Rolex catalog since the 1950s. Ceramic is virtually impossible to scratch and offers more resistance to corrosion and fading for an overall more lustrous finish. Cerachrom bezels were originally introduced in a single color (initially all-black) and first debuted on the updated GMT-Master II collection in 2005. It would not be until 2013 with the release of the black and blue “Batman” GMT-Master II ref. 116710BLNR that Rolex would release a two-color version of their Cerachrom ceramic bezel.

The 2000s also marked the first Rolex Daytona movement produced entirely in-house. Gone were the days when the movement powering the famed chronograph was a modified version of the Zenith El Primero. With the release of ref. 116520 came the new Caliber 4130, complete with a column wheel, vertical clutch, and a chronometer rating. Rolex has continued to refine and update the Cal. 4130 over the years, and although it was first released more than two decades ago, it is still widely considered to be one of the best mechanical chronograph movements available.

Rolex’s blue Parachrom hairspring also made its debut during the 2000s. Anti-magnetic and highly resistant to shocks and temperature fluctuations, the Parachrom hairspring allows Rolex’s movements to maintain an even smoother and more accurate reading than ever before. In the years that followed its initial introduction, Rolex incorporated the new hairspring into the vast majority of its models, and Parachrom still remains the brand’s go-to hairspring material.

The 2000s were also the era in which the Maxi dial was incorporated into the sports watches within the Rolex portfolio. It earns its “Maxi” nickname after the larger proportions of the hour markers and hands. The overall effect is that the Maxi dial is easier to read at a glance. When combined with the Cerachrom bezel, the result is a collection of Rolex watches undeniably more modern in design than their 1990s predecessors.

Popular Rolex Watches from the 2000s

The new millennium brought with it a number of new Rolex watches. While some of the new models from the 2000s represented the updated editions of existing collections, others were completely unlike anything Rolex had ever created. 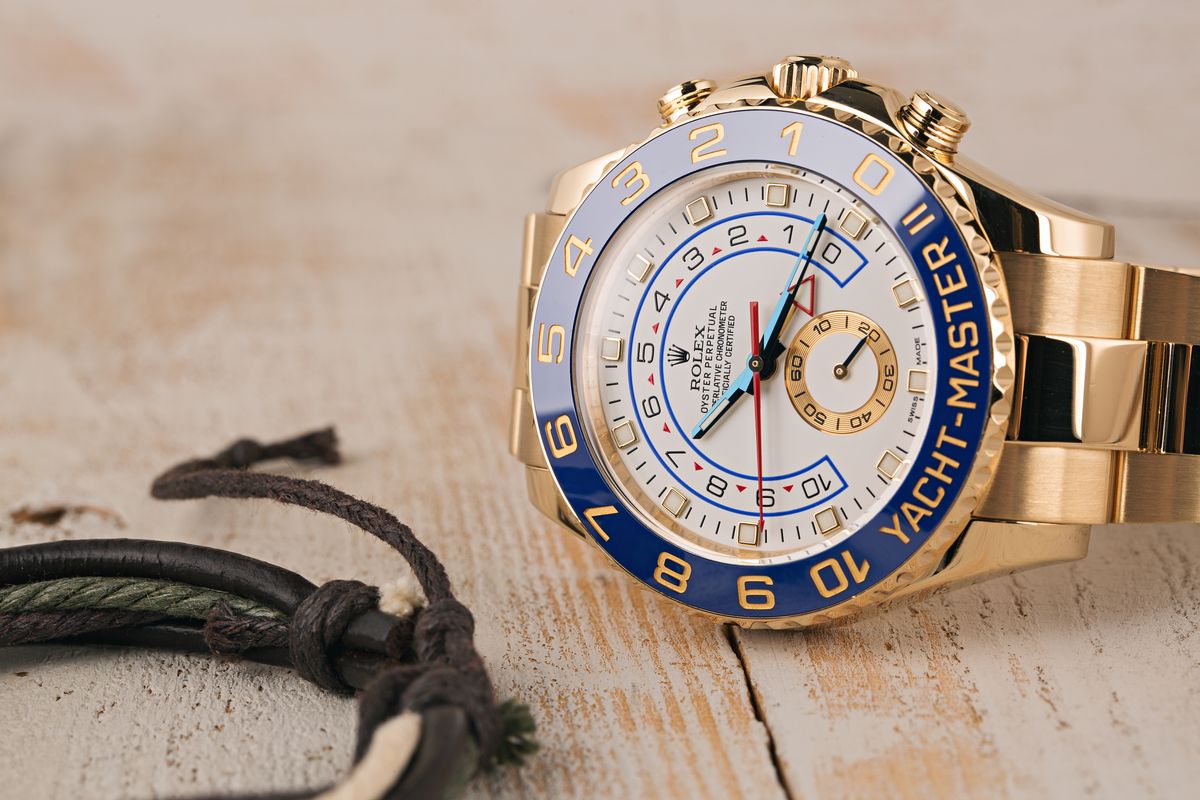 The mid-2000s marked an important milestone in Rolex history, with the brand announcing its most intricate timepiece yet – the Yacht-Master II. The series debuted in precious metals only with the ref. 116688 in yellow gold and the ref. 116689 in white gold and platinum. Today, the impressive regatta chronograph has expanded to include both stainless steel and Everose Rolesor models.

Powering the watch now is the Caliber 4161 movement, complete with a programmable countdown timer that features a mechanical memory along with both flyback and fly-forward functionality. The movement’s implementation of both flyback and fly-forward features means that the timer can be instantly adjusted to the nearest minute, allowing the wearer to instantly synchronize their watch to the official race clock.

The Ring Command bezel on the Yacht-Master II features a Cerachrom ceramic insert, and it is actually mechanically connected to the internal movement. Rotating it 90 degrees allows the wearer to enter a setting mode, where the duration of the countdown timer can be easily programmed and saved for later use.

With its flashy design and technically impressive movement, the incredible Rolex Yacht-Master II is hard for many collectors to resist. At retail, the Yacht-Master II price ranges from $18,750 for the full Oystersteel model all the way up to $48,150 for the luxurious 18k white gold and platinum edition. 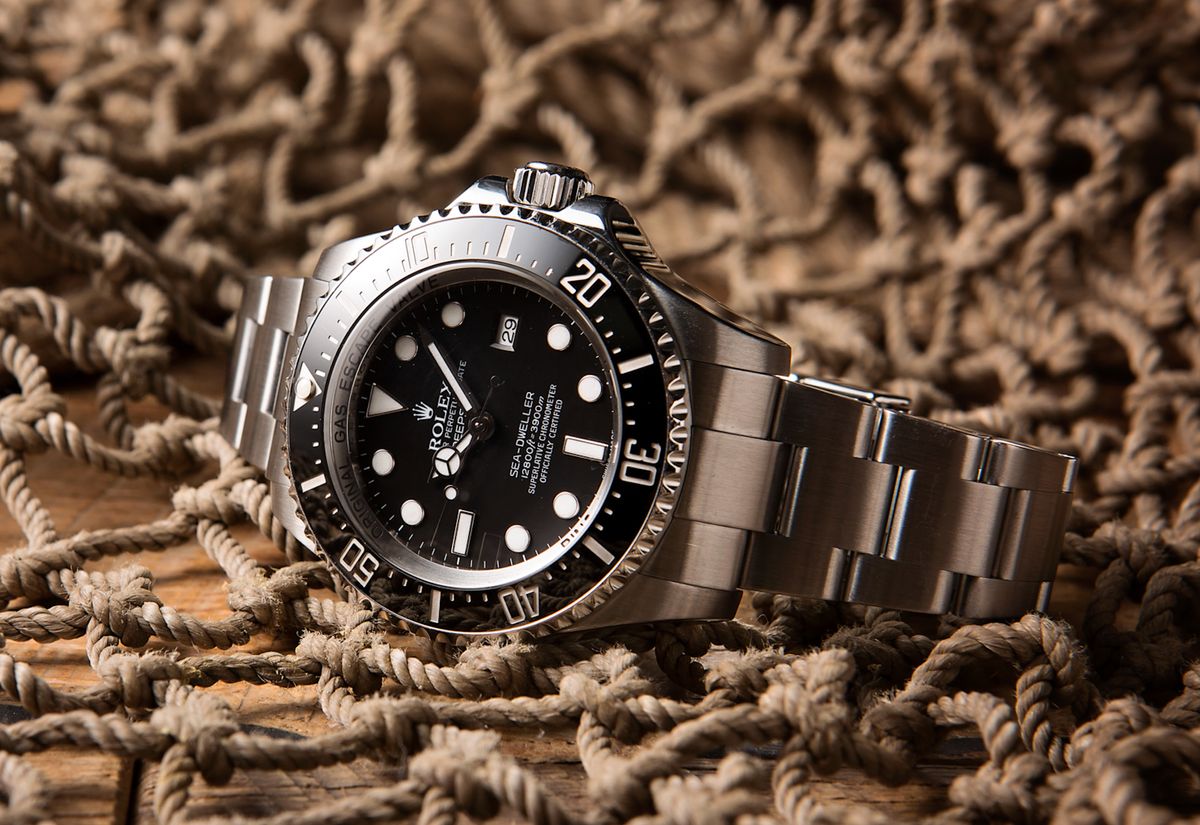 As the brand that invented the first waterproof wristwatch and also created one of the world’s very first purpose-built dive watches, Rolex is a true innovator in the category of water-resistant timepiece. While it was not the very first dive watch ever created, the Rolex Submariner is easily the most famous. Its design is instantly recognizable with a 60-minute bezel, luminous display, and a study Oyster case.

With water-resistance up to 300 meters paired with sleek and timeless styling, the Submariner is perfectly suited for use both on land and at sea. The Rolex Sea-Dweller hit the market a decade after the Submariner, boasting similar styling but with increased water-resistance and the addition of a helium escape valve, enabling it to be used for saturation diving.

In 2008, Rolex took things one step further with the release of the Deepsea Sea-Dweller ref. 116660. Water-resistant up to a whopping 3,900 meters (12,800 feet) the Rolex Deepsea is the brand’s most waterproof dive watch yet. It features the proprietary Ring Lock System that provides additional support for the crystal and case-back, permitting the watch to survive the crushing pressures that are present deep below the surface of the ocean.

Also contributing to the Deepsea’s water-resistance is a 5.5mm thick sapphire crystal, a more flexible Titanium case back, and a Triplock crown with three waterproof zones. At 44mm in diameter, it is Rolex’s largest timepiece and while it is still a big watch by all accounts, the Ring Lock System allows the Rolex Deepsea to be significantly thinner than it would otherwise need to be in order to offer the same incredible depth rating.

Rolex still produces the Deepsea Sea-Dweller; however the ref. 116660 is no longer in production and has since been replaced by the reference 126660. If you’re interested in adding one of the original models to your collection, the secondary market is going to be your only option, with prices starting out at just over $10k. With that in mind, retail prices for the current-production Rolex Deepsea ref. 126660 start out at $12,600 and increase from there for the “James Cameron” version with the D-Blue dial. 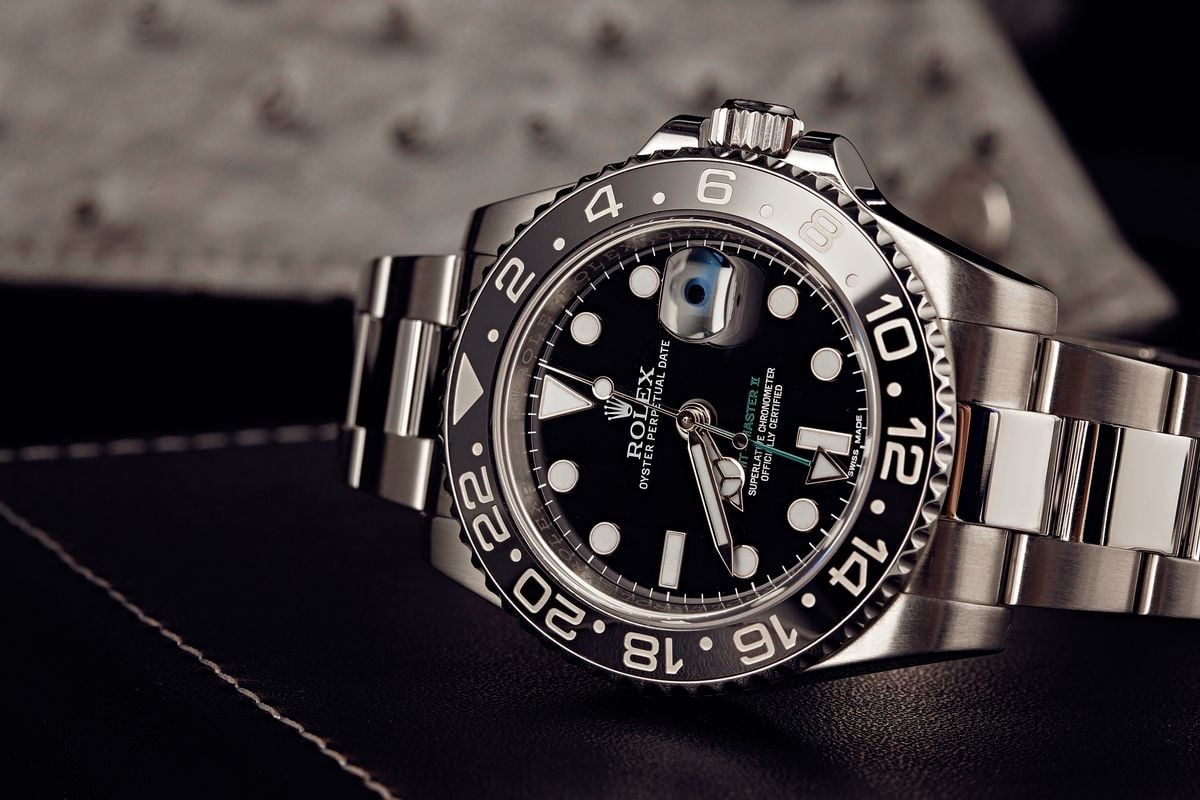 As we already briefly mentioned, Rolex chose to debut its new Cerachrom bezels on the GMT-Master II collection. First appearing on the solid 18k yellow gold ref. 116718LN and then spreading to the updated versions of the two-tone and stainless steel models, ceramic bezels have now become hallmark traits for a number of different Rolex sports watch collections.

When the new 6-digit generation of the brand’s iconic pilot’s watch debuted in the mid-2000s, it did so with every modern amenity afforded to the Rolex catalog. The updated watch included a Cerachrom bezel, Maxi dial, a Paramagnetic blue Parachrom hairspring, and completely revised case proportions. This generation of GMT-Master II watches also saw an upgrade from a Twinlock to a Triplock winding crown, although the water-resistance of the watch still remained at 100 meters.

The GMT-Master II also said goodbye to the sleek proportions of the 5-digit series in favor of broader, more squared-off lugs, larger crown guards, and a redesigned bracelet with completely solid links and a machined clasp. The watch retains the same 40mm case diameter as before, but the updated proportions offer a noticeably larger appearance, allowing Rolex to meet the growing demand for larger sports watches.

Retail prices for the current-production GMT-Master II start out at $9,700; however they are impossible to purchase at that price without spending a significant amount of time on a waiting list. It is not uncommon to see examples trading hands on the open market for nearly twice their original retail prices, and due to an overwhelming demand on the secondary market, prices for even the least expensive Rolex GMT-Master II watches start out at approximately $10k. 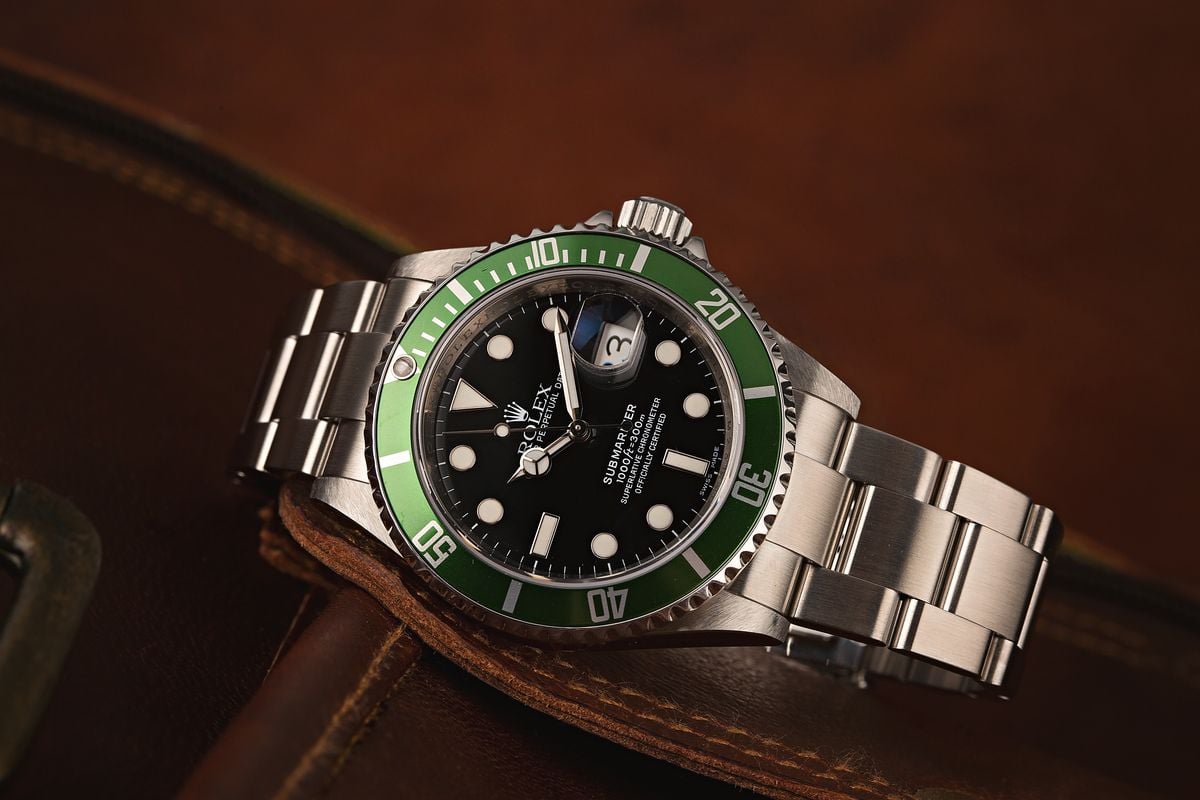 To celebrate the 50th anniversary of the Submariner collection in 2003, Rolex released the ref. 16610LV as a special and colorful edition of their iconic stainless steel dive watch. Similar to its black bezel cousin (reference 16610), the anniversary edition features the cal. 3135 movement, a unidirectional bezel with an aluminum insert, and a 300-meter depth rating. However, what sets the 50th anniversary edition apart from the standard ref. 16610 is its bright green bezel and a Maxi dial.

The reference 16610LV was the first Rolex model to feature a Maxi dial and this updated dial style has since become a fixture of the Rolex catalog. The Submariner 16610LV also boasts the distinction of being the only Rolex watch to feature both a Maxi dial and an aluminum bezel insert. While its bezel is bright green, the ref. 16610LV keeps the dial gloss black, giving the watch a subtle hint of color without appearing too outlandish or flashy. Due to its bright green dial and black and white Maxi dial, the ref. 16610LV quickly picked up its “Kermit” nickname, and it is one that has stuck over the years and is now used by the vast majority of Rolex collectors and enthusiasts.

While many were doubtful of the Rolex Kermit upon its release, the ref. 16610LV has since gained a massive following. In 2020, Rolex released a new generation of Submariner watches and among the new models is a version that embraces a similar color profile to the Kermit, but now with a 41mm case, a ceramic bezel insert, and revised proportions. With that in mind, many purists prefer the older-style case, which is why the 50th anniversary Submariner ref. 16610LV is currently experiencing such strong values among collectors on the open market,

Depending on the year of production and overall condition, the Rolex Submariner 16610LV sells for around $15k pre-owned. Early editions that feature a flat-four on the bezel and Mark 1 dial are considered to be quite rare and command a premium on the secondary market of anywhere between $20k and $25k. With the release of the current-production Submariner that features a black dial and green bezel (reference 126610V), we can expect the original Kermit to become even more popular among avid Rolex collectors. 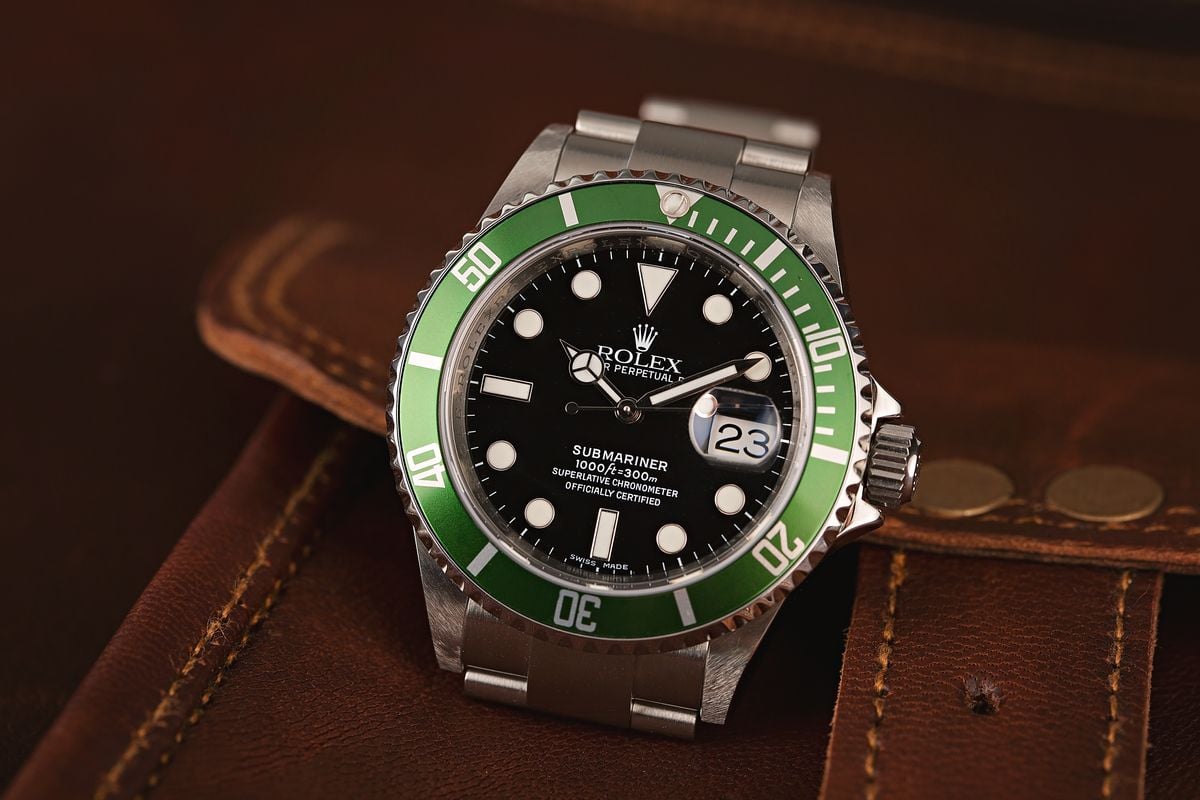