Oris is still one of those great underdog brands in the watch collecting world. Sturdy construction, unique design, and significant value are all hallmarks of the brand, whose catalog mostly runs in the sub-$5k price bracket. Whether you’re into dress watches, pilot watches, chronographs, or dive watches (as you’ll see more in a moment), Oris has all the bases covered – often in multiple forms. For today, it’s a look at the diver category and four watches that can even impress those more familiar with the luxury watch industry.

That’s just the thing with Oris, they operate in a special window of price and general market position. Though affordable, they aren’t a big mass-market fashion brand selling themselves on a logo. They also aren’t trying to pass as a large-scale luxury brand either, opting rather to choose their manufacturing, finishing, and parts supply sources wisely, in order to still deliver quality and value to those budding collectors looking to move up from their first or second automatic watches. As you’ll see below, these Oris watches aren’t the kind of things that just blend into the background. 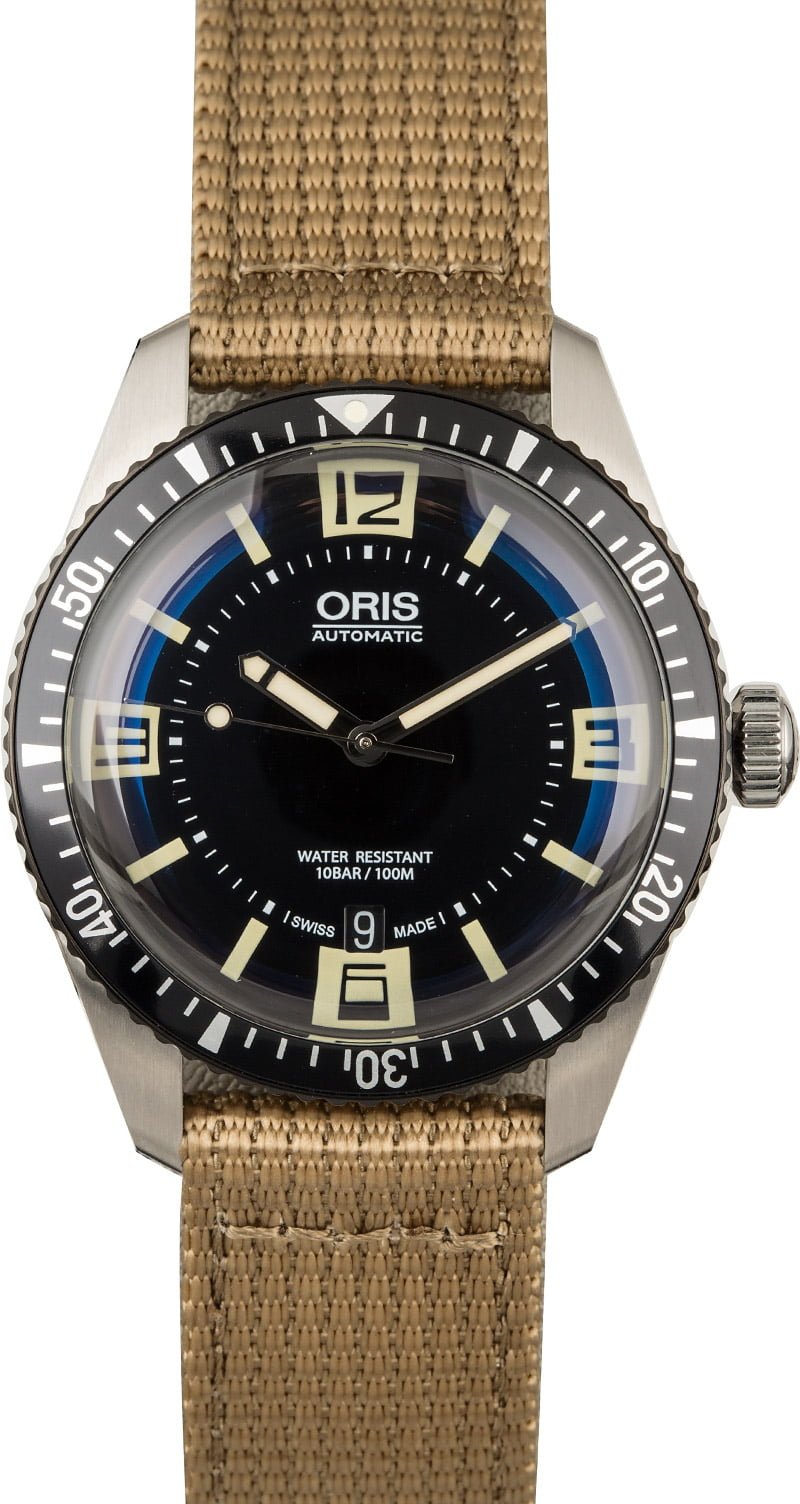 The Oris Divers Sixty-Five has been on the market a good while now, offered in a number of dial configurations, but we still have a soft spot for the more vintage-inspired numerals of this particular example. The watch is modeled after a model first launched by the brand in (you guessed it) 1965. Relatively speaking, its design is quite close to the original, other than an increase in case size up to a still-compact 40mm diameter, and the repositioning of its date window down to the six o’clock location – a common design choice that you’ll see in many Oris models. Its large screw-down crown, aluminum bezel insert, slender case profile, and domed sapphire crystal all add to its vintage charm, while its 100m water resistance ensures that it can handle any water-going activities. 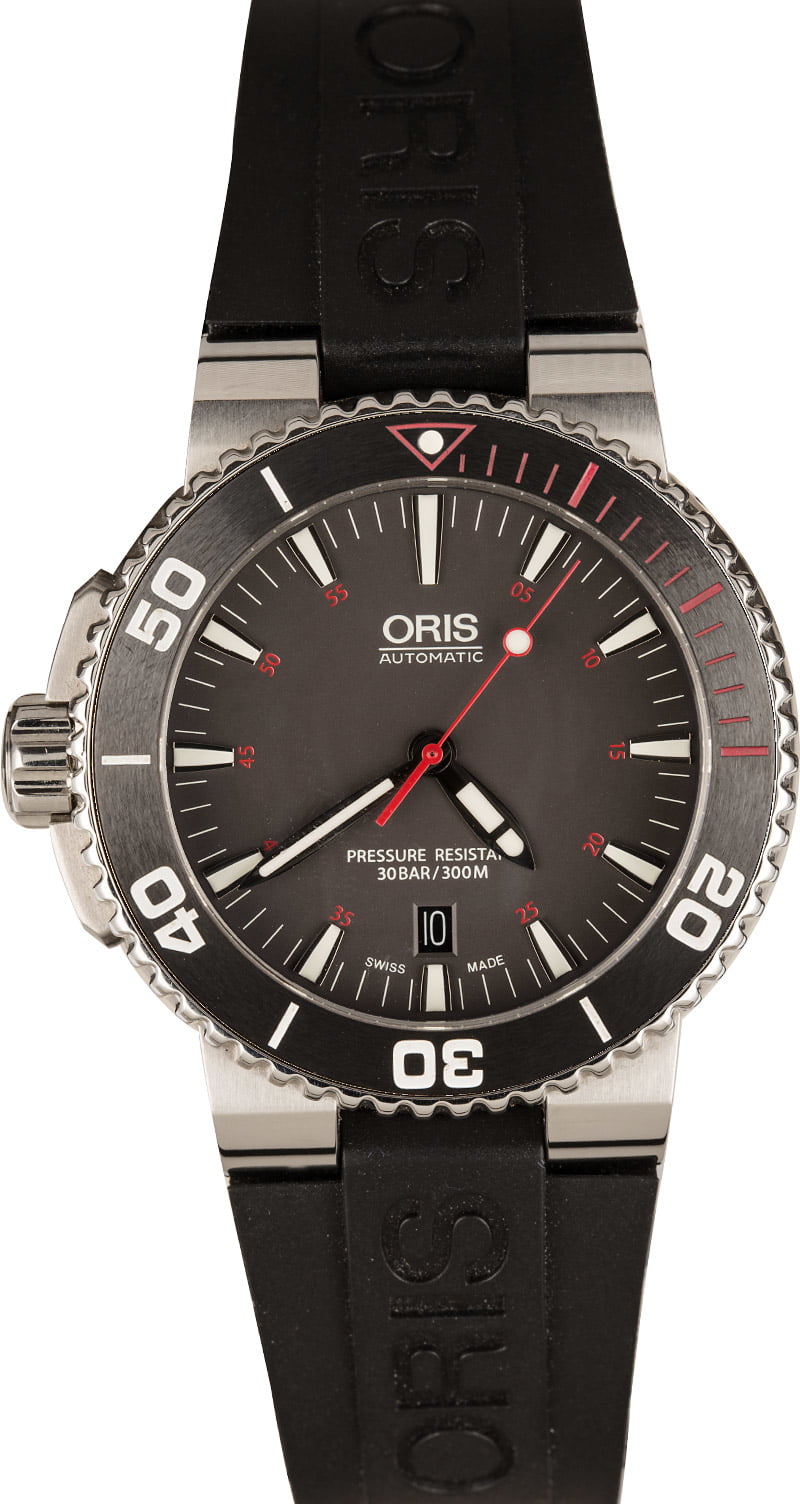 The Aquis is the more modern staple of the Oris diving watch line, and has been offered in a plethora of iterations over the years. It is immediately recognizable by its integrated bracelet design, which gives it a unique character. It does make the watch limited when it comes to aftermarket straps, mind you, but Oris has plenty of strap options available at relatively reasonable prices. This particular version stands out from the pack, being a fairly rare “lefty crown” configuration. Designed for left-handed folk who prefer wearing their watch on their right wrist, these pieces can also appeal to right-handed people, as they can be worn on the left with a looser fit without having the crown dig into your wrist. 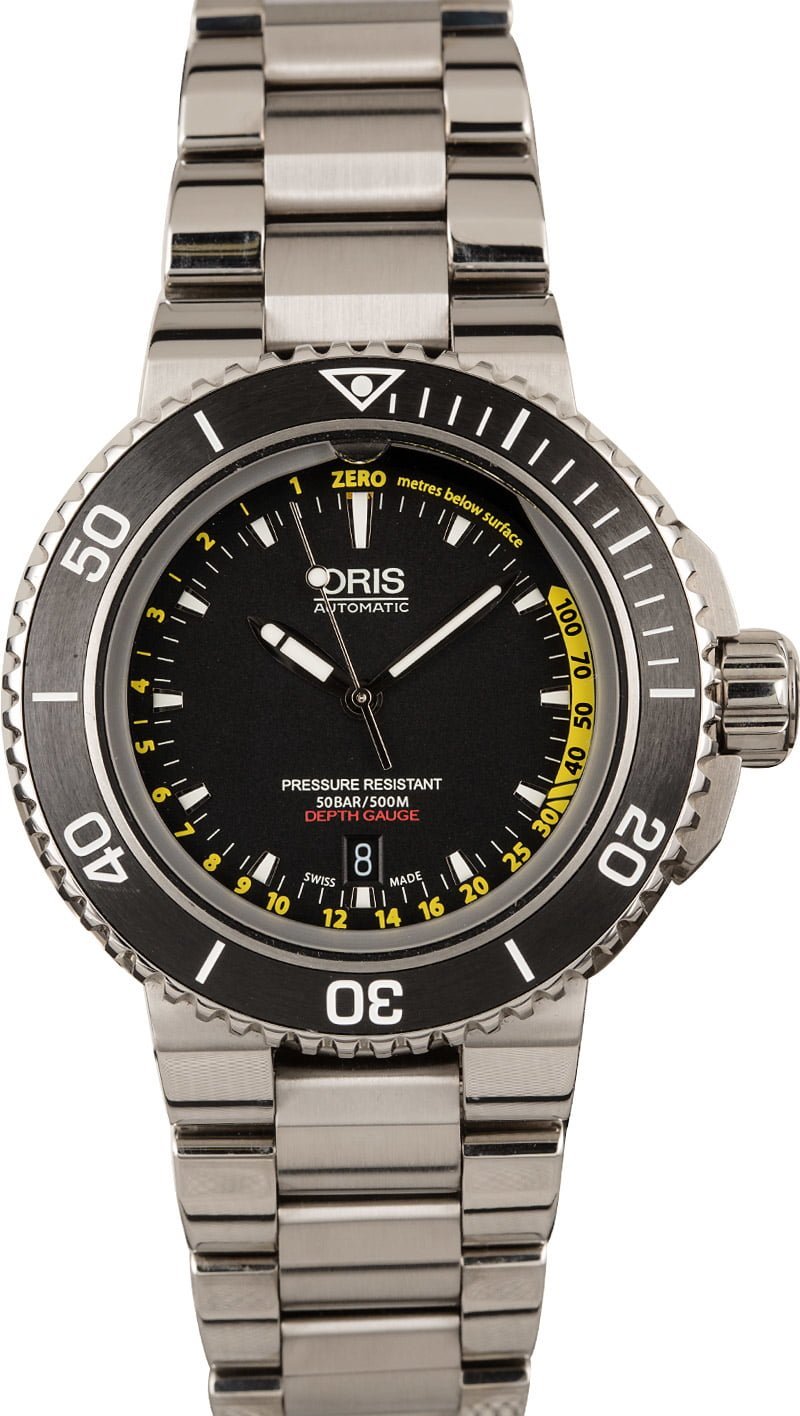 Stepping it up both in size and complication, the Oris Aquis Depth Gauge is unique in that it’s one of very few mechanical watches to feature a built-in depth gauge. To execute this, Oris stepped up the Aquis case size to 46mm, but thanks to its lug design the piece does not feel as overbearing as one would think. It’s an interesting conversation piece more than a practical tool, but a recreational diver could certainly put the piece to use the next time they hit the water. The self-winding piece uses the Sellita-based Oris caliber 774, which delivers a modest power reserve of 38 hours. Its 60-minute timing bezel uses a ceramic insert, and its stainless steel case is water-resistant to 500 meters. 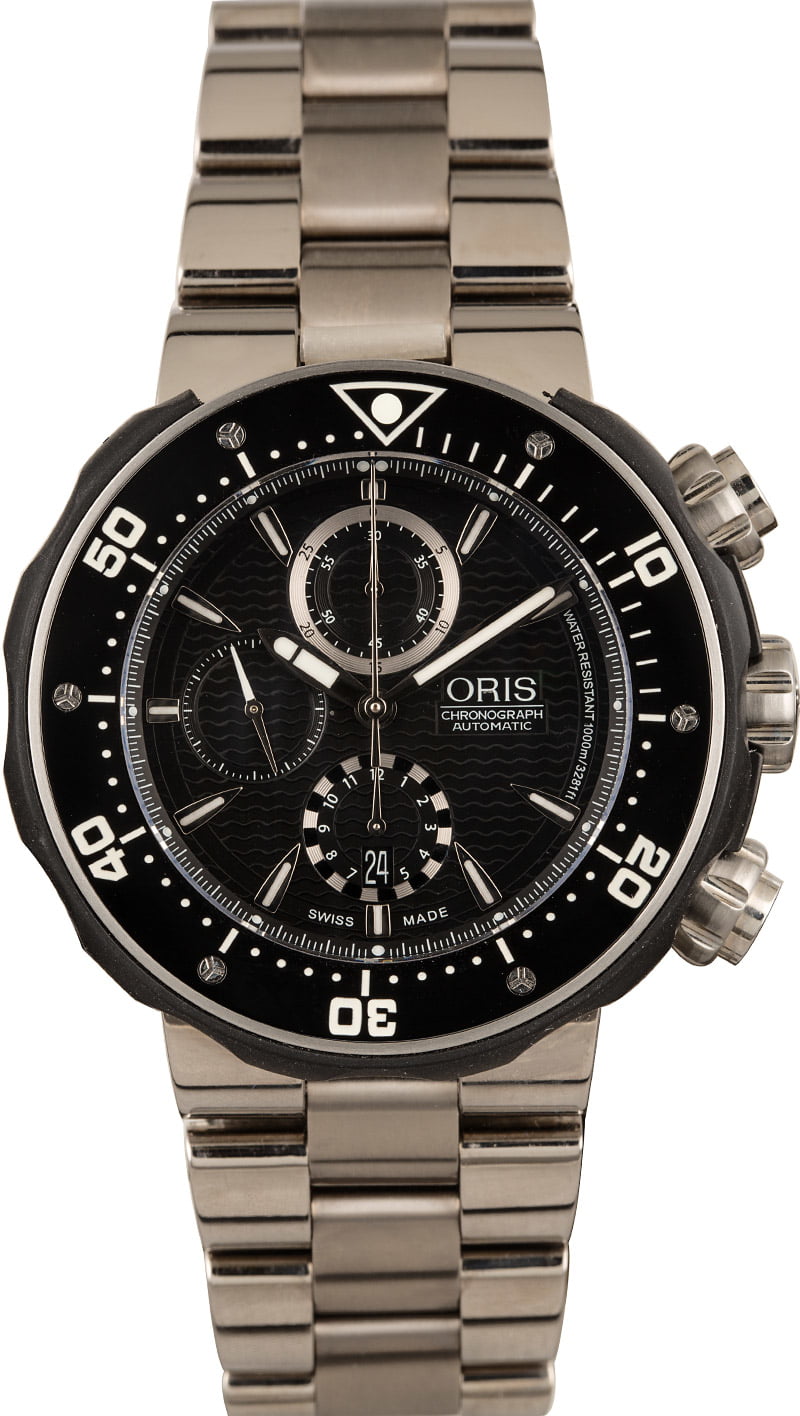 Now, it’s not for the faint of wrist, but here we have the mother of all Oris dive watches. She’s an absolute beast. A 51mm titanium case with bracelet, secure locking bezel, screw-down crown and pushers, dive extension bracelet clasp, 1,000m water resistance, helium escape valve – this is peak level dive watch features in a surprisingly affordable package (especially when you compare it to other models on the market of similar build detail). You can’t get a Tudor Pelagos for this kind of money, and other than having slightly better case finishing and an in-house movement, this ProDiver blows the Pelagos out of the water in terms of pure tool watch specifications.