80s Babies: The Unsung Rolex Watches from the 1980s

Let’s face it, the ‘80s weren’t a pretty time for watchmaking – or design in general for that matter. That said, Rolex was never one to try and reinvent the wheel or throw out past design codes, it also didn’t suffer nearly as badly through the decade either. Many of these 1980s Rolex watches are not quite considered vintage yet, so they don’t carry the same cachet as pieces from the ‘60s and ‘70s, nor do they have the more modern charm of pieces from the late ‘90s through to present day.

What does this mean for collectors? Well, among other things, it makes for an entire decade of watches that are still more attainable than their counterparts – even though they are destined for similar levels of long-term appreciation down the road. With that in mind, here’s a handful of Rolex models from the New Wave and Synth-Pop era of the 1980s. 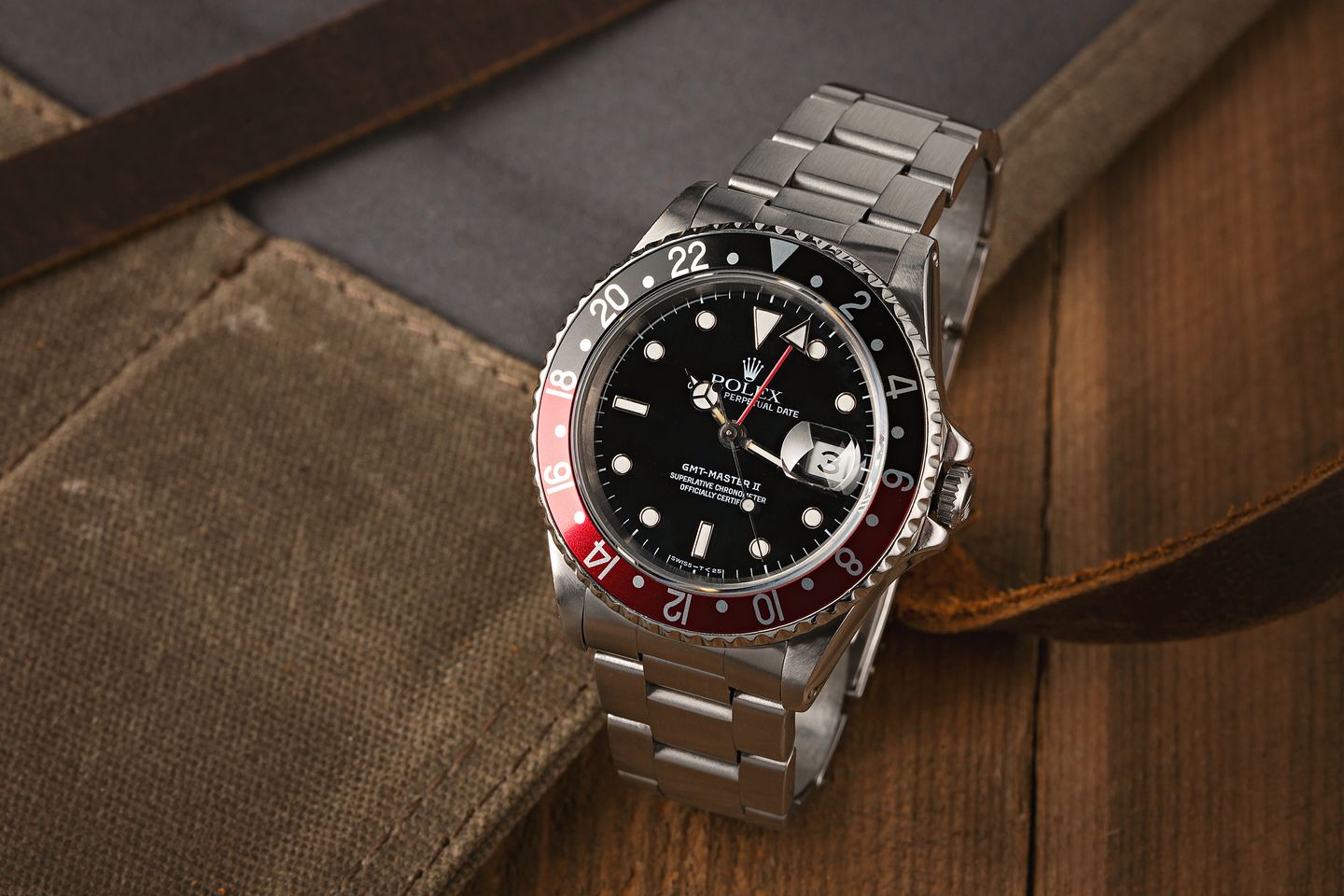 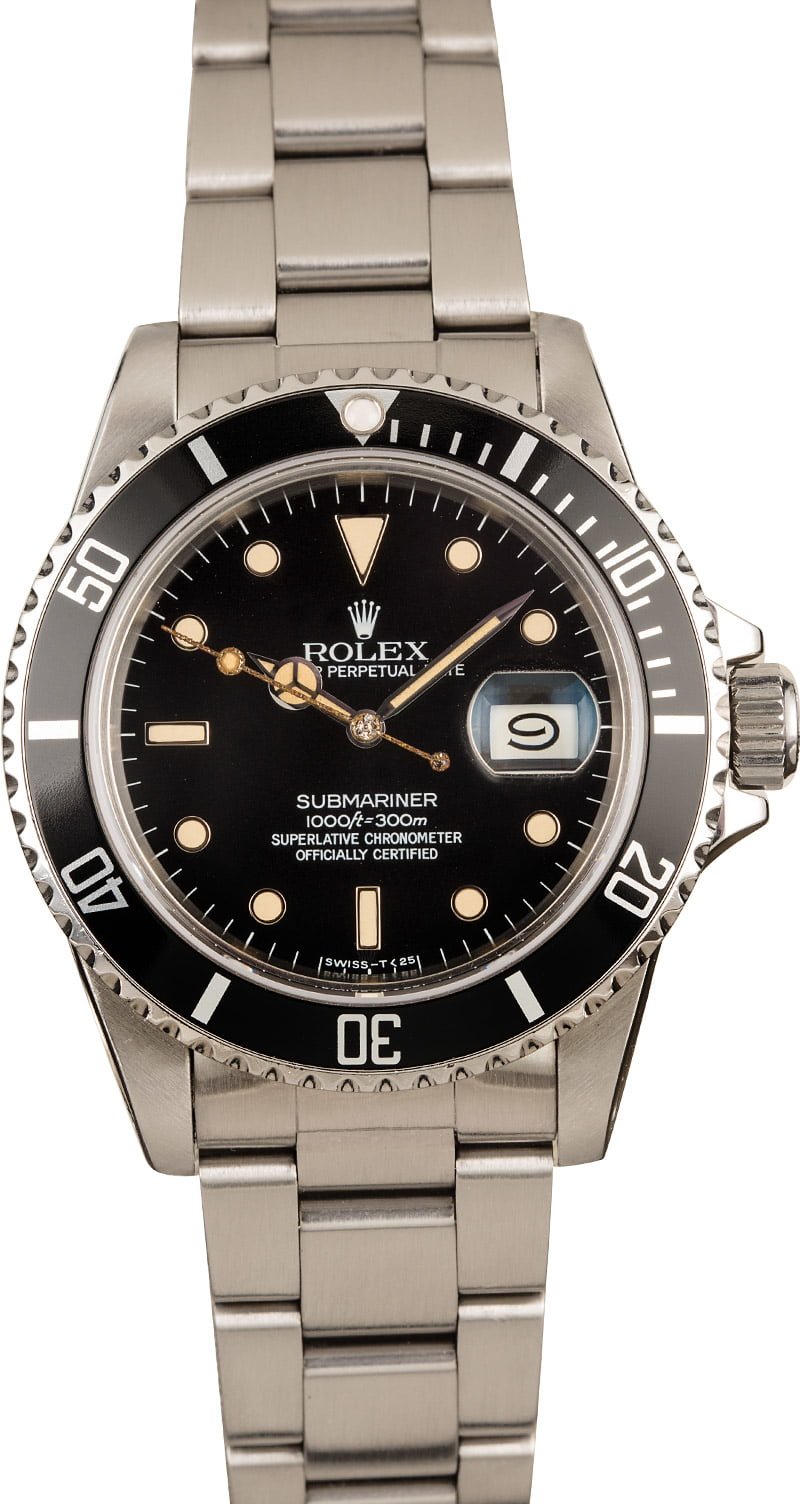 We are going start here because the ref. 16800 is one of those models whose low pricing we are still a bit confused by. In many respects, it’s the best of both world for an ‘older’ Submariner. This is the model that updated the line to the quick-set Cal. 3035, and that also added a sapphire crystal to the equation for the first time.

The ref. 16800 Submariner also falls into the window of use of Tritium lume, which ages with its own lovely character. This combination of modern/retro makes for a great daily wearer, arguably more so than a ref. 5513 in some respects, plus you can still scoop up a good example for less than $8k. 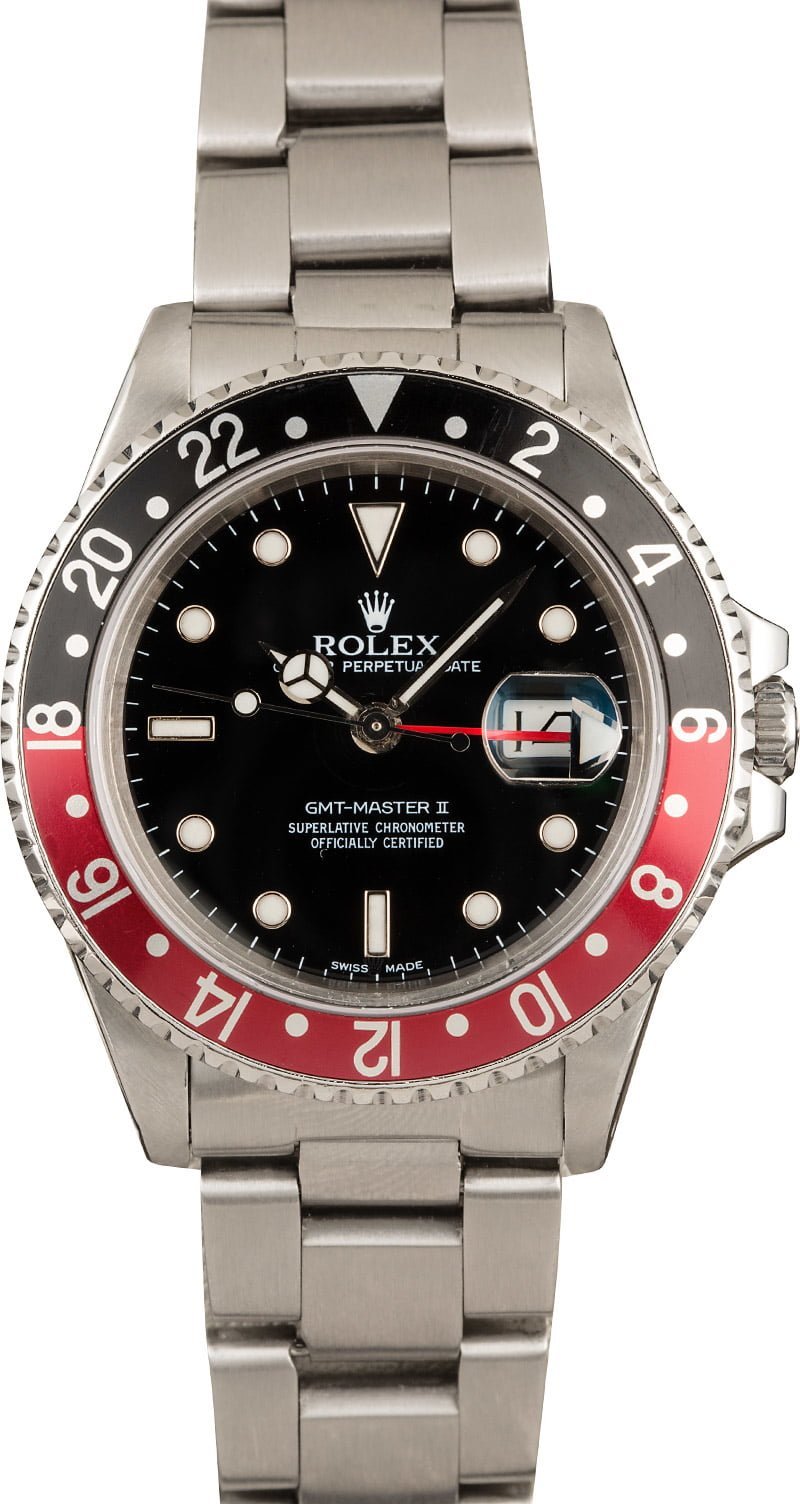 Another obvious choice here, as the Coke bezel GMT-Master II was one of the very few fantastic things to surface in the watch world in the ‘80s. That’s right, this bad boy was launched in 1983, as the first of the GMT-Master II models featuring the then-new Cal. 3085 movement.

The ref. 16760 GMT-Master II was the dawn of the independently adjustable hour hands for Rolex, and the reference that became known as the ‘Fat Lady’ or the ‘Sophia Loren’ on account of the slightly thicker case needed to house the new, more-advanced caliber.

Alhough big and gaudy gold things were really a product of the ‘70s, a big statement piece equally had its place during the ‘80s. For this occasion, there’s no bigger statement than a solid gold Rolex Day-Date, especially one with a Presidential bracelet with bark textured center links, matching bark textured bezel, and a Tiger’s Eye dial.

Like some other stone dials seen in the Rolex catalog, part of the appeal of this model is the simplicity of its dial, completely devoid of any indices other than the applied crown and printed text. While certainly not the only reference to ever use this dial, this particularly charming model dates back to 1986.

On the much more modest side of the coin, we selected this Datejust for the simple reason that it’s a prime example of something someone newer to the collecting hobby could pick up for themselves as a perfect “first Rolex” without breaking the bank.

Often seen under the $5k mark, these ‘80s Datejust watches are clean, robust, and can occasionally be found in unique variants like this special silver tapestry dial. Measuring 36mm across, they aren’t quite as compact as the vintage Air-King references that also represent significant bargains these days; however they are still a versatile size that works perfectly on almost any wrist. 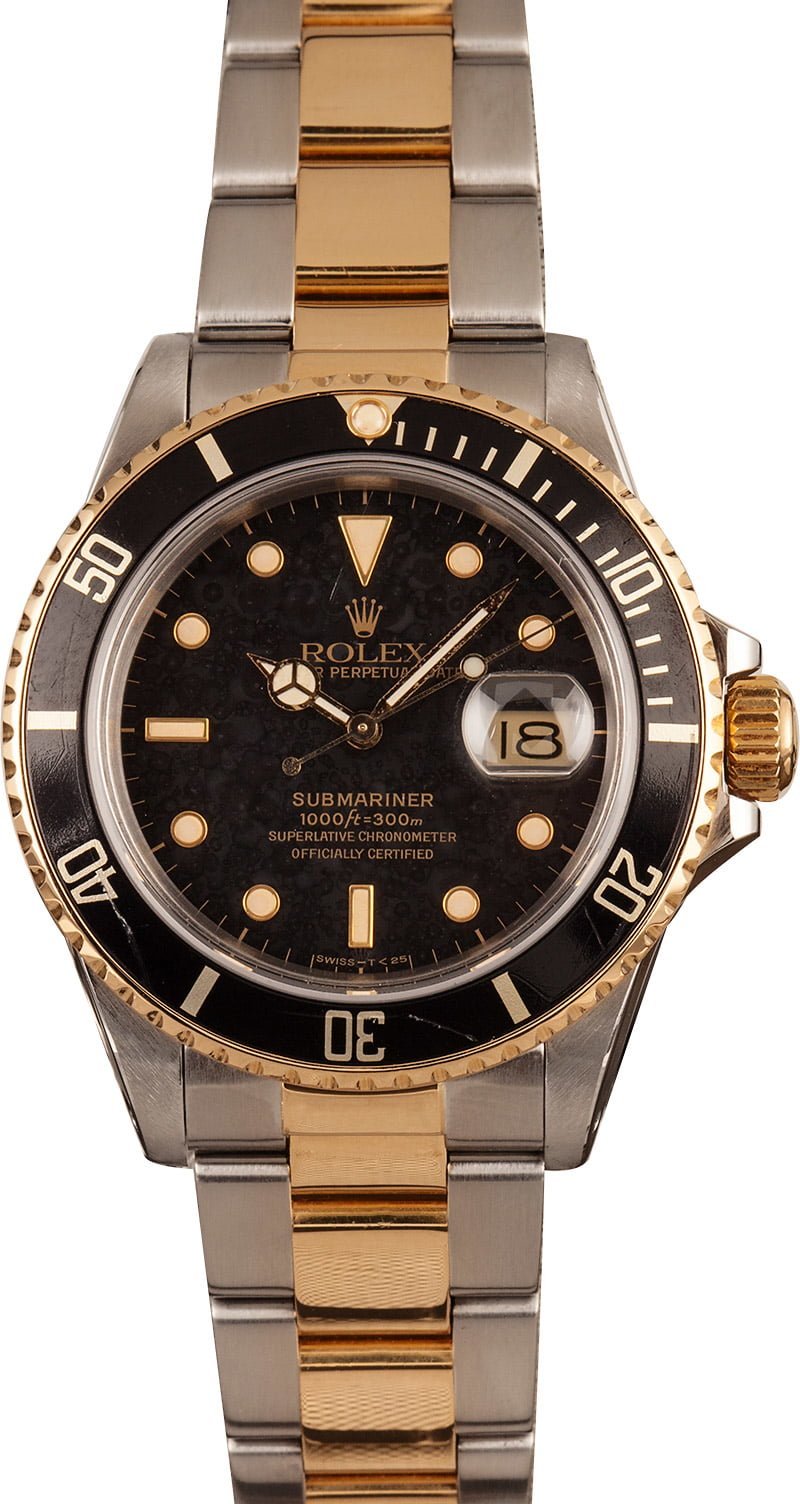 We couldn’t talk about the 1980s without talking about two-tone watches, now could we? Technically speaking, the two-tone trend’s roots go all the way back to the ‘30s, but it was in the ‘80s when the recession hit, budgets tightened, and the idea of more ‘affordable’ luxury goods really took hold in watchmaking. Those wanting a bit of flash for a bit less cash quickly took a shine to the two-tone trend and Rolex was happy to deliver.

The Submariner was one of many models to land in the two-tone pile, which was a bit surprising given how much the brand loved leveraging its tool watch roots. In many respects, this move set the tone for presenting the Submariner as more of a status piece than a piece of diving equipment. In some respects, that makes the ref. 16803 the dawn of a new era for the Submariner, and at $7-$8k, a real bargain compared to its steel counterparts.