Omega’s history stretches back over 170-years to 1848. During that time the brand has clocked up a string of innovations as well as providing the industry with a litany of iconic models. Omega watches for men span virtually every corner of the brand’s extensive catalog, and some like the Speedmaster have achieved a truly legendary status within the industry.

In modern times, Omega has gone from strength to strength, and today is just about the only manufacturer close to rivaling Rolex in terms of quality, output, and recognition. But what about Omega’s vintage watches? With more and more collectors scouring the archives for references from the past, we have put together a list of three models to act as a starting point for those searching out the best vintage Omega watches for men – the true old school classics. 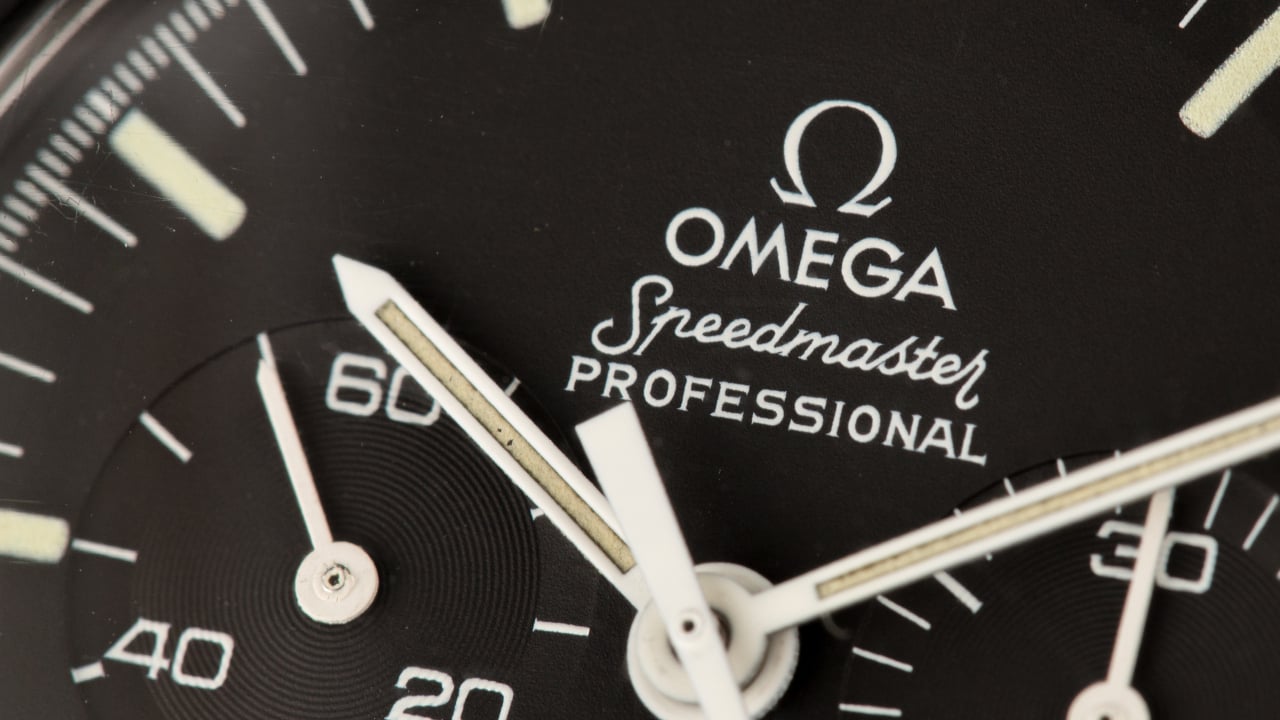 Easily one of the most famous Omega watches for men, there are few names in horology more evocative than the Speedmaster. Although it is found on a wide variety of Omega’s watch styles these days, everything from faithful recreations of the 1957 original through to analog-digital models, every vintage watch fan’s collection needs a Professional Moonwatch.

As you will no doubt know, the Speedy holds the distinction of being the first watch worn on the lunar surface, when Buzz Aldrin took his 105.012, released in 1963, with him on the Apollo 11 mission. That was the reference to introduce several of the trademark design features still in use today, such as the asymmetrical 42mm case shape and the elegantly twisted lyre lugs. However, examples of that historically vital watch are becoming evermore difficult to track down, and so prices have rocketed (pun absolutely intended) in recent years.

For a fledgling collection, the 145.022 makes a better bet. This model was released in 1968 and it was the first to be fitted with Omega’s Lemania-based 861 movement. The previous references had used the Caliber 321, a legendary column wheel-controlled chronograph mechanism which has recently been reinstated by the brand to great acclaim. The Cal. 861 was given a shuttle cam system, still extremely precise but without quite the same smooth feel to the pushers. Nevertheless, the movement was considered to be more accurate than the Cal. 321, had a higher balance frequency of 21,600vph rather than 18,000vph and was, crucially, cheaper to build.

In production until 1981, there are plenty of Speedmaster 145.022 watches available across a wide range of prices. On the low-end of the spectrum, you can often find them in good condition for under $5k. At the other end, there are limited edition versions costing many times that. The Speedmaster Apollo-Soyuz is one such elusive watch. Released in 1976, it commemorated the mission that saw the American and Russian spacecraft dock with each other 138-miles above the earth. Expect around $50,000 as the entry point for one of the 500 believed to have been made.

Whichever you go for, a Speedmaster Professional is an absolute must for any collection, and the ref. 145.022 is up there with the absolute best vintage Omega watches for men in terms of value for the money.

The Seamaster range actually goes back even further than the Speedmaster in Omega’s chronicles, the original being released in 1948 to celebrate the brand’s 100th year in operation. But while that original piece, the CK2518, was a dress watch fitted with a rubber O-ring gasket to give a certain amount of water resistance during typical day to day wear, the Seamaster title is now most associated with a series of dedicated and highly capable dive watches.

The first of Omega Seamaster dive watch was the CK2913 from 1957, launched as one of the ‘holy trinity’ in the manufacturer’s Professional Collection, alongside the newly introduced Speedmaster and the scientist’s antimagnetic model, the Railmaster.

The Seamaster Professional 300, as it was called, featured a rotating bezel with numerals to help divers track immersion times, as well as double crown seals and an extremely thick crystal to ensure its water resistance to…200m. Omega explained the discrepancy between the model’s name and its stated abilities was because the depth rating measurement equipment was only able to test up to 200m, but the watch itself could indeed survive a plunge to 300m.

The ref. 14755 was the next model in line, debuting just a few years later in 1960. It remained only in production until 1962, it is a relatively rare piece on the pre-owned market, and is therefore generally on the more expensive side in terms of vintage Omega watches for men (although still far cheaper than any vintage Speedmaster models with Cal. 321 movements).

Even still, you will still be able to track down examples for well under the $10k price point. How long that will last though is unclear, with classic Omegas being seen as increasingly savvy investments. The early CK2913s, for example, are always in massive demand and so you can expect the follow up to become evermore sought after, especially as it was only made for such a short time. Like the Speedmaster, a Seamaster of some description belongs in every vintage collector’s portfolio, and the ref. 14755 is a particularly strong contender.

Officially sitting under the Seamaster banner, but a world away from the Professional 300 above (and just about any other watch, for that matter), the Ploprof 600 was released in 1971. It was built to meet the needs of the world’s saturation divers, and actually takes its name from the French words, ‘PLOngeur PROFessionnel’ – or ‘Professional Diver’.

The Ploprof 600 was developed at the request of COMEX, the leading deep commercial diving specialists, and a name familiar to anyone who has read up about the Rolex Sea-Dweller. Rolex also received a commission from them to produce a watch that could not only survive a descent to the fearsome depths where COMEX’s teams routinely worked, but also the trip back to the surface.

The problem was helium. Under the enormous pressures the company’s divers lived in, surviving in underwater habitats sometimes for weeks at a time, the breathing gases they required replaced much of the nitrogen with helium as a means to avoid the nitrogen narcosis that can occur from breathing standard air at high pressure. Helium has the smallest molecules of any gas, and would seep inside the cases of the standard dive watches, expanding upon their ascent to sea level, and blowing the crystals off the cases.

Rolex’s solution was the HEV, or Helium Escape Valve, a small, one-way regulator built into the side of the Sea-Dweller’s case that would allow the gas to leak out safely. Omega went in another direction, designing a watch so tank-like and impenetrable that the helium couldn’t get inside in the first place. The result was the extraordinary Seamaster Ploprof 600, an enormous 55mm model forged from a single block of stainless steel, with a sealed-in 4mm thick sapphire crystal, a unique bezel locking system, and a crown guard like no other.

Ultimately, it was the Sea-Dweller which won the day, but Omega’s effort has gone on to become a cult favorite, so much so that the brand reintroduced a modern day version in 2009. The originals though make for a fascinating inclusion in any fan’s collection, with prices for these slab-sided behemoths starting at significantly below the $10k mark. The attention-grabbing factor is, of course, priceless. One of the most unusual and eccentric watches ever to emerge from any manufacturer, the Omega Ploprof is as cool as they come.