The Breitling Navitimer is one of those instantly recognizable and iconic timepieces. First released in 1954 as a dedicated pilots’ watch, the Navitimer is a highly-capable chronograph with an integrated analog flight computer that allows aviators to calculate speed, distance, fuel consumption, rate of climb/descent, and more. With its slide-rule bezel, you can convert currencies, temperatures, and even do long division… talk about functionality.

However, despite being a highly functional industry-specific timepiece, the Breitling Navitimer is also incredibly popular among a diverse assortment of watch collectors – partly because of its rich history, and partly because of its iconic looks. There have also been some big-name celebrity sponsorships over the years, the most notable in modern history being John Travolta, who famously wears a Navitimer and flies his own planes. Widely considered to be the flagship model among the various Breitling watches, the Navitimer is a true industry classic. If you’re looking to add one of these purpose-built pilots’ watches to your collection, this is everything that you need to know before you make your purchase. 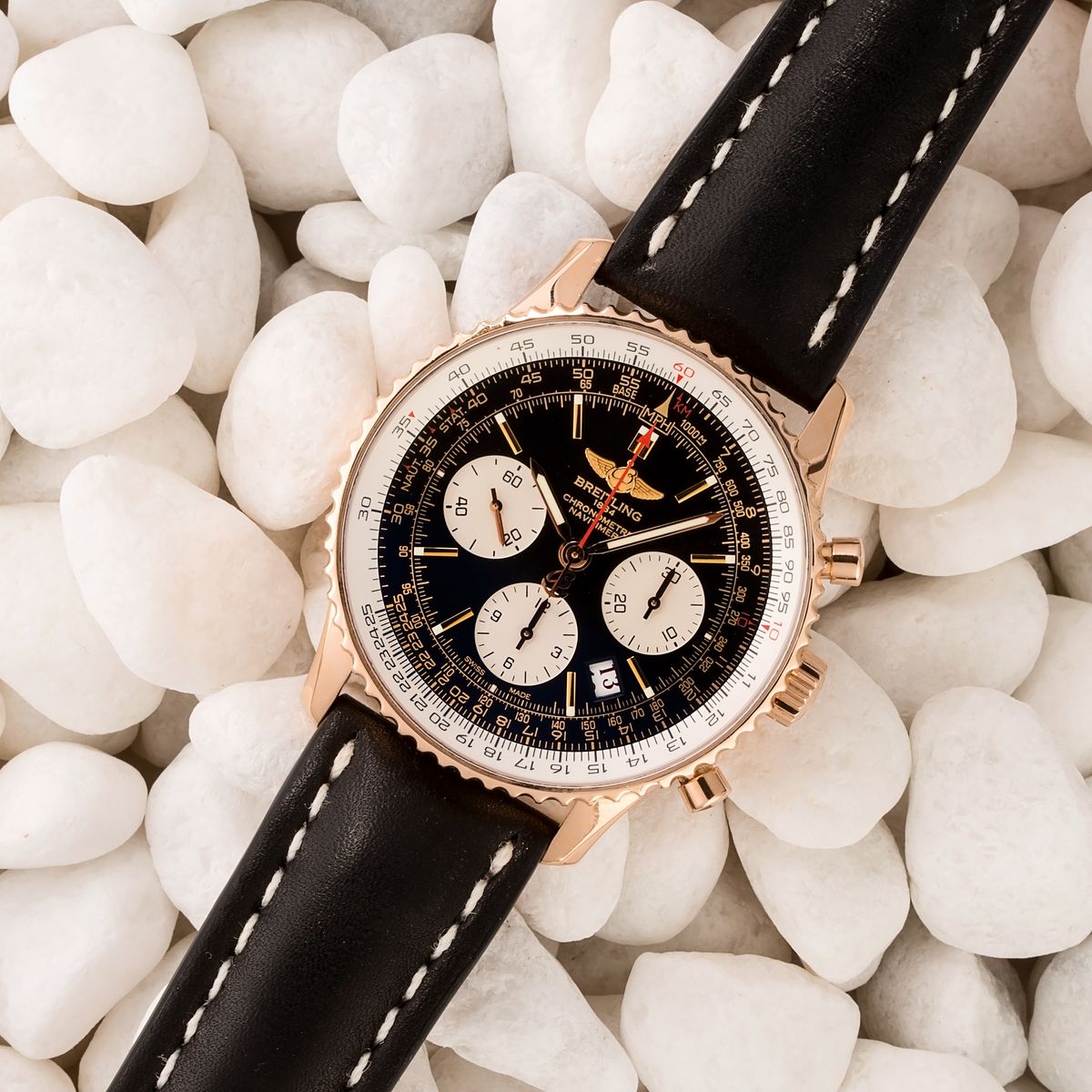 Released in 1954, the Breitling Navitimier has a long and rich history, packed full of an assortment of vintage references. The first edition was the ref. 809, which was powered by a manually-wound chronograph movement, and is now considered to be highly collectible. Among these first editions, you’ll find beautiful vintage pieces like those with the coveted Aircraft Owners and Pilots Association (AOPA) emblem, gold-filled and solid gold models, and even some with reverse panda dials. Of course, there are also stainless steel versions, and while these are easier to find, they’re just as sought after for their durability and vintage appeal. There are also some early and incredibly rare ref. 806 watches, which feature the Valjoux 72 – the same movement that you’ll find inside a number of highly collectible vintage Rolex Daytona references. 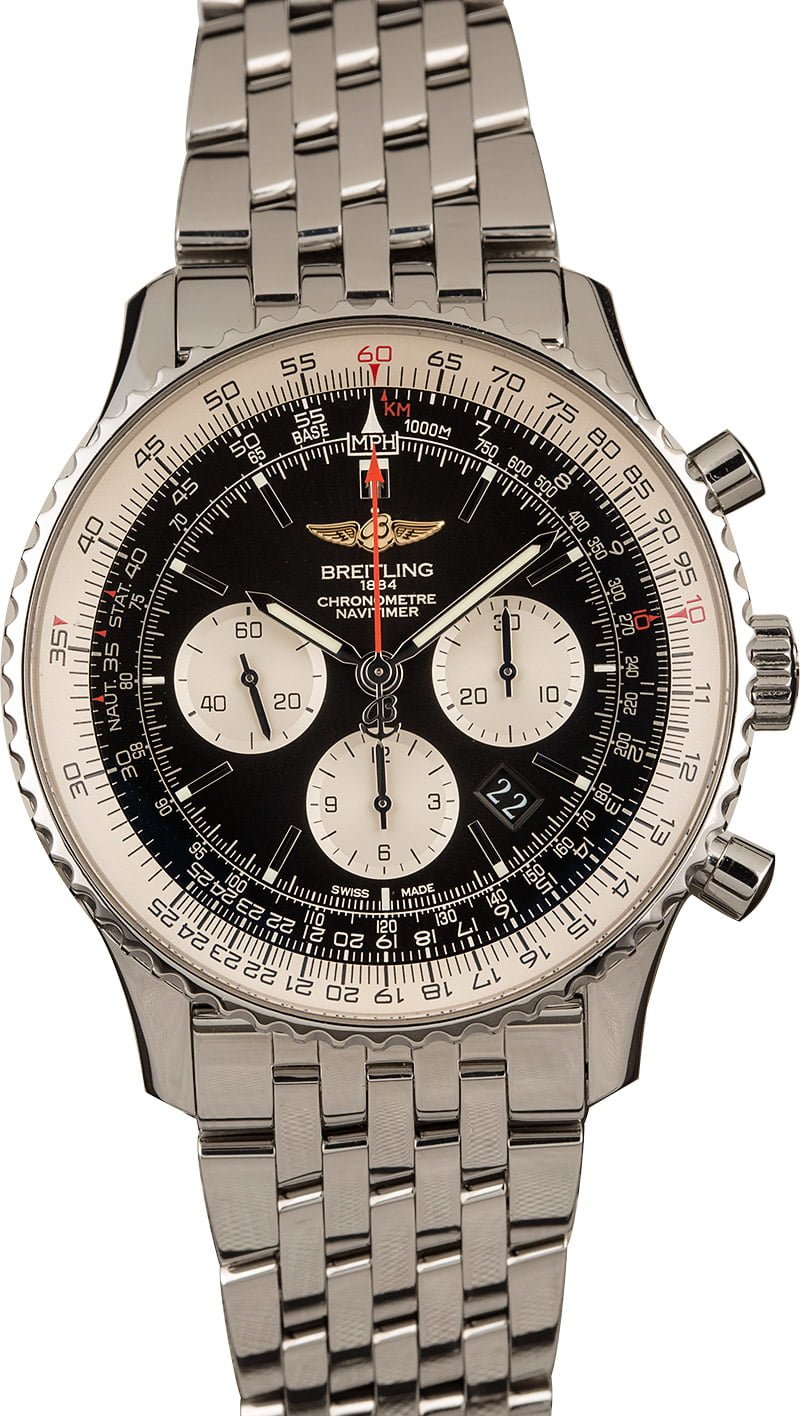 In 1969, things started to really change for the Navitimer, primarily because Breitling switched to the Caliber 11. This wasn’t just an upgrade for the Navitimer, but a huge step for the industry as a whole. The Cal. 11 was a modular, automatic chronograph movement, featuring an integrated micro-rotor. This movement shifted the crown to the left (leaving the pushers on the right) and changed the Breilting Navitimer from a tri-compax layout to a bi-compax one. This iconic movement makes these late 1960s and 1970s watches incredibly popular among collectors, especially because the company went under during the quartz crisis.

Breitling tried to stay afloat during the crisis, even releasing a Breitling Navitimer LED Digital, but these efforts failed to stimulate sales. However, after Breitling went under, the Navitimer was interestingly still produced. While the Navitimer’s that were produced during this time were signed with all Breitling parts, the dial was stripped of the Breitling name and replaced with “Sinn” – the German manufacturer Helmut Sinn who bought the Navitimer stock and the rights to the name when the company was sold. These watches aren’t typically as sought after because they technically aren’t Breitling timepieces, but they represent an incredibly interesting part of the brand’s history and provide a great vintage look and feel. 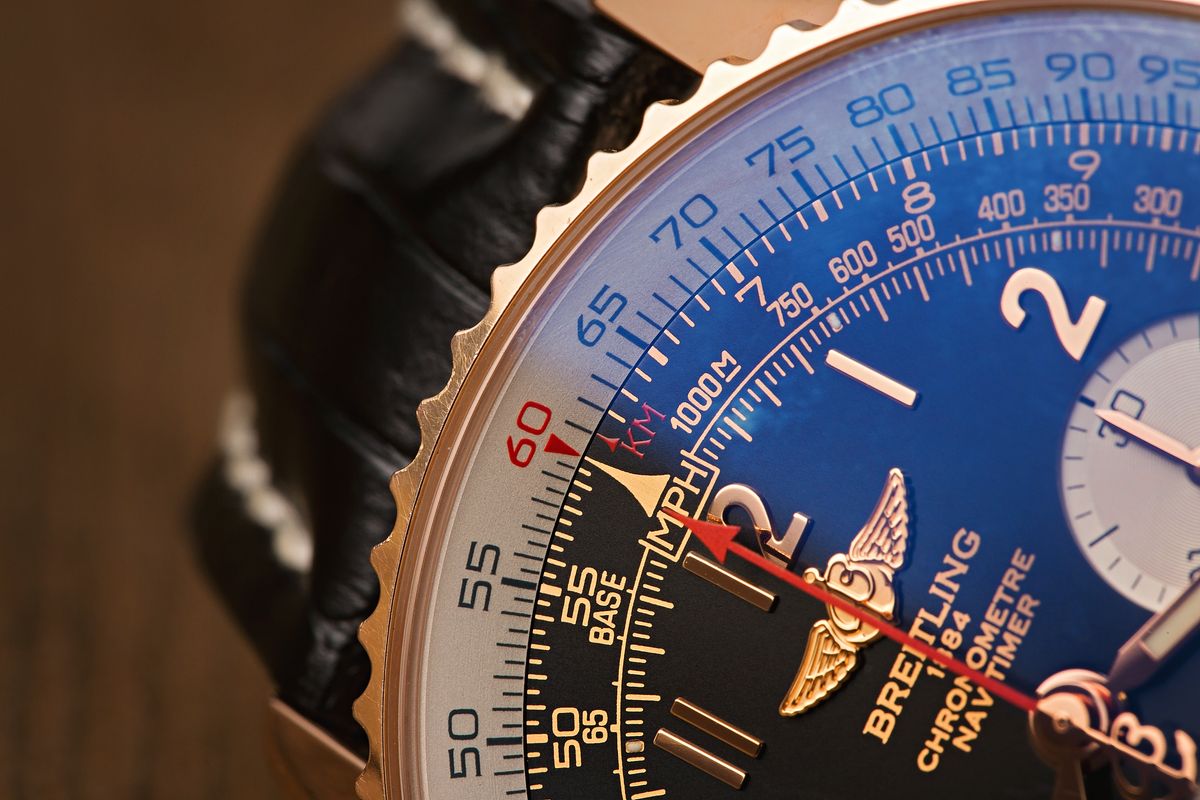 After the quartz crisis, Breitling was bought by Ernest Schneider in 1982, who owned the watch manufacturer Sicura. It took some time, but the company eventually got back on its feet, and in the 1990s, reintroduced to the Breitling Navitimer.

The first modern Breitling Navitimer that was introduced to the market featured a re-worked Valjoux 7750, which you’re probably rather familiar with since it’s the most frequently used automatic chronograph movement in the world. During this time, we also got new editions of the Navitimer like the Airborne with four sub-dials and the Old Navitimer with beautiful ties to that original 806 model. This watch is collectible for its resurgence in the market, but would quickly be outshined by its successor.

The most important addition to the modern Navitimer was the 01 collection featuring the new, in-house Breitling Caliber B01 movement. This automatic chronograph features a fully integrated architecture, COSC certification, and an impressive column-wheel mechanism. Today, the Breitling Navitimer 01 defines much of the collection, but we also got the addition of new Breitling movements like the updated and sophisticated B03 (which allows the wearer to measure two elapsed times simultaneously) and the B17 which sits inside the non-chronograph Automatic 41 watches that don’t feature sub-dials at all. Regardless of the specific model, all Breitling Navitimer watches boast a distinct design and have historical ties to the brand’s rich aviation heritage. 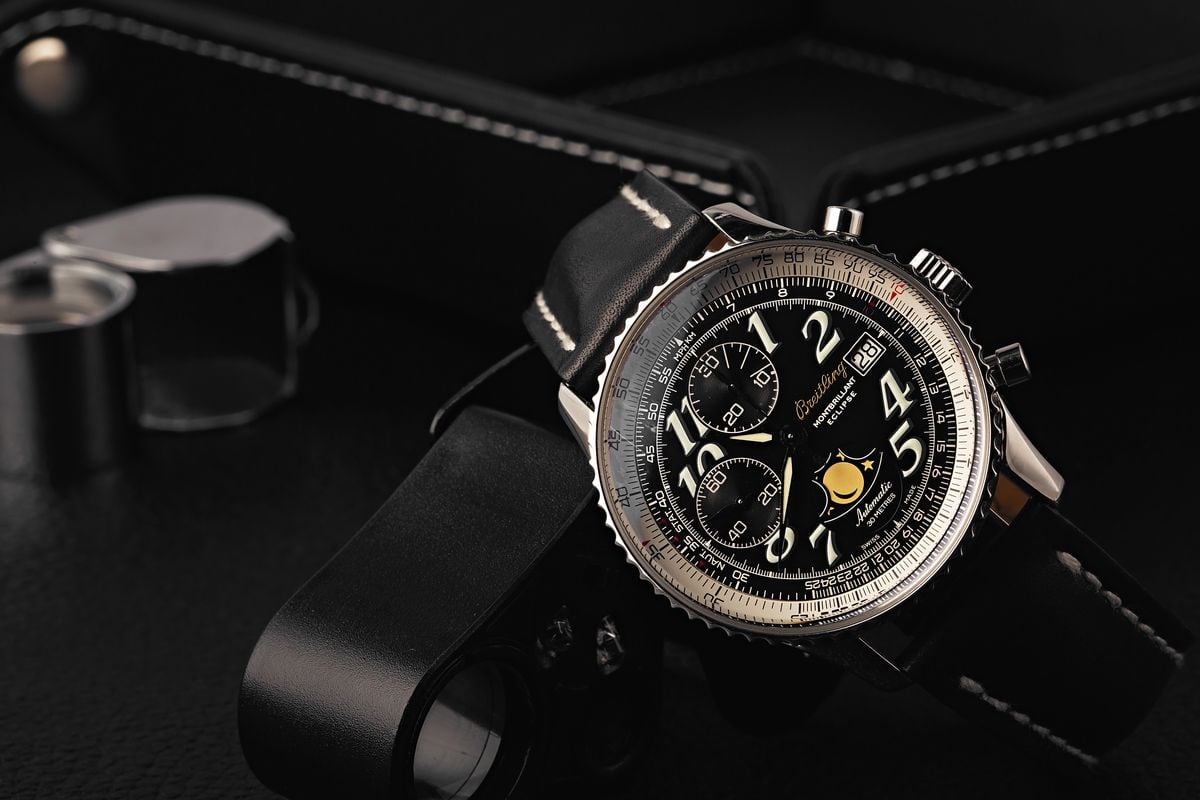