As the year (and decade) draws to a close, it’s time to look back on what has been another hugely successful 12 months for Rolex. By far the most lucrative independent luxury watchmaker in the world, dominating the retail market with a 22.2% share, their global sales topped $5 billion last year and 2019 looks set to be at least as prosperous.

However, they added only a single new piece to their catalog, the 42mm Yacht-Master, as well as bringing us a ‘Rolesor’  two-tone Sea-Dweller for the first time and fitting a Jubilee bracelet to the ‘Batman’ GMT-Master II. Apart from that, this year was more about the models we lost rather than gained, and it was actually the GMT-Master range hardest hit, dropping four different references. There is now no hint of yellow gold, either solid or in a two-tone mix in the lineup, or anything without a bi-color bezel. Additionally, all-steel versions are now available only on the Jubilee, with all the gold models wearing the three-link Oyster bracelet.

But while the number of additions didn’t exactly overwhelm, the watches already in Rolex’s portfolio remained as desirable and sought after as ever – many to the point of massive buyer frustration at retailers. Below we have picked out the most popular men’s Rolex watches of 2019. 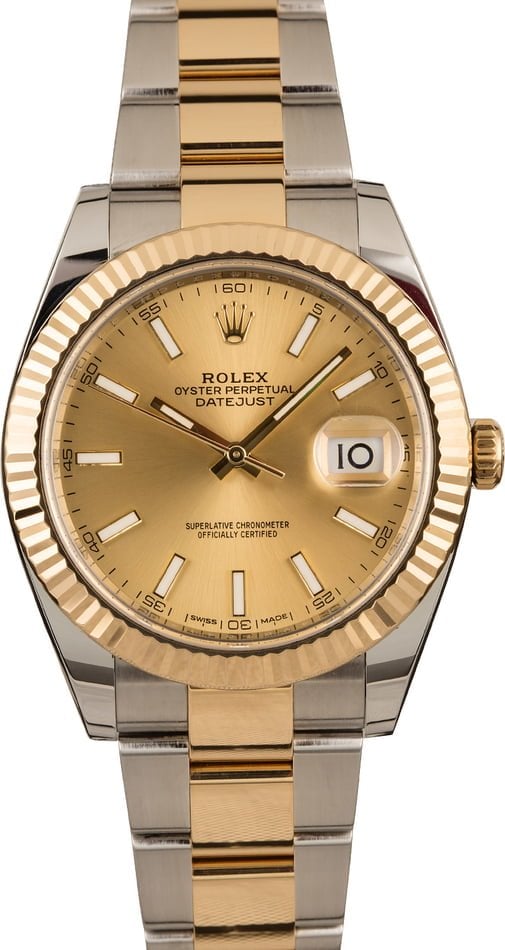 There are many reasons why the Datejust always sits at or near the top of the list of the most admired Rolex watches for any particular year. Its styling is as iconic as they come, the perfect blend of sporty and dressy which leaves it able to charm in either role. It is offered in so many different combinations of metal, dial color, bezel design, and bracelet choice that it is virtually impossible not to find one that suits. Its engineering is flawless, as you would expect considering who builds it.

While the time-honored 36mm has now become favored as something of a unisex piece, the 41mm model released in 2016 has given the esteemed older statesman a new lease on life in the men’s range. The looks are as traditional as always, but the larger proportions, not to mention the latest generation movement Cal. 3235 mean that it is still a watch for the modern-day. 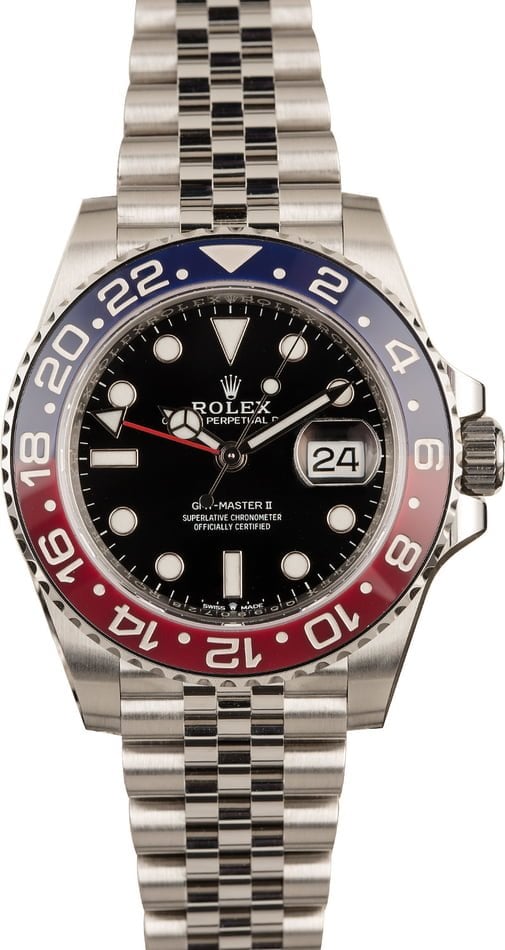 The watch of 2018 has shown no signs of losing one iota of its popularity in 2019. About as easy to get hold of as it is to catch smoke, it was always destined to be the subject of fanatical demand. A steel version of a legendary sports watch, and one with the original blue and red color scheme reinstated – coupled with Rolex’s refusal to up production numbers has resulted in the Pepsi being the most bewitching enigma money can’t buy – well, can’t buy new at any rate.

Premiums on the secondary market are now hefty to say the least, yet the watch continues to fly out the door at any price. An unqualified success story for the brand, don’t be surprised if you see it again on next year’s ‘Most Popular Rolex’ list. 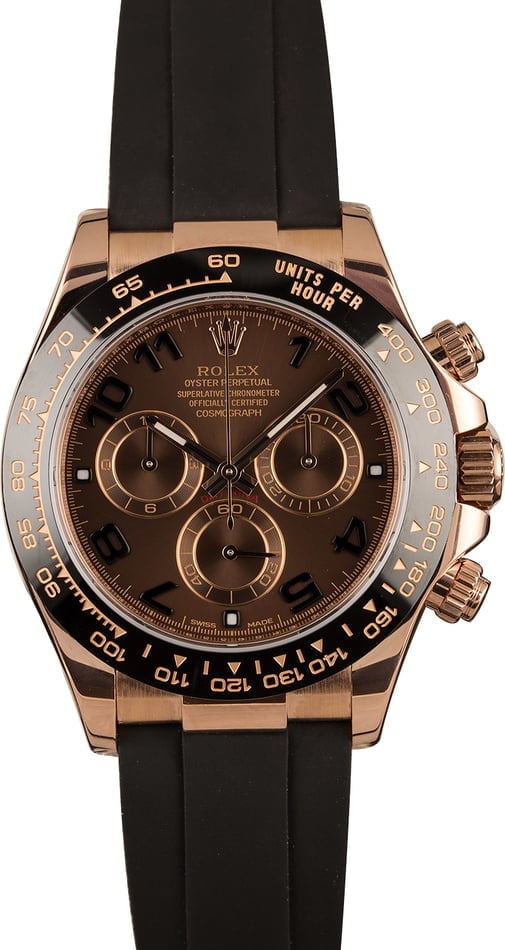 Much like the comparable GMTs, steel and Cerachrom Daytonas have been close to impossible to buy at ADs for a few years now.  First released in 2016, the ref. 116500LN references are the latest in a series of must-have Cosmographs. In fact, demand has consistently outstripped supply for this hot chronograph, with waitlists exiting at retailers since the morning it was announced.

Fortunately, there are a glut of alternatives in the current lineup, and one of this year’s most admired is the ref. 116515LN, an Everose gold model with a black Cerachrom bezel, sitting on the brand’s sporty Oysterflex bracelet. Presented with a range of dials, it is the chocolate brown with black Arabic numerals version that remains a true standout, a beautifully warm overall aesthetic with the Daytona name printed in red as the only splash of dynamic color. That bracelet could be called a rubber strap, but this is Rolex, so it is actually a vastly over-engineered metal core covered with a high-performance black elastomer, complete with Oysterlock clasp and Easylink extension system. More importantly, it gives the watch back some of the sportiness lost on previous Everose examples which were fitted on leather straps. 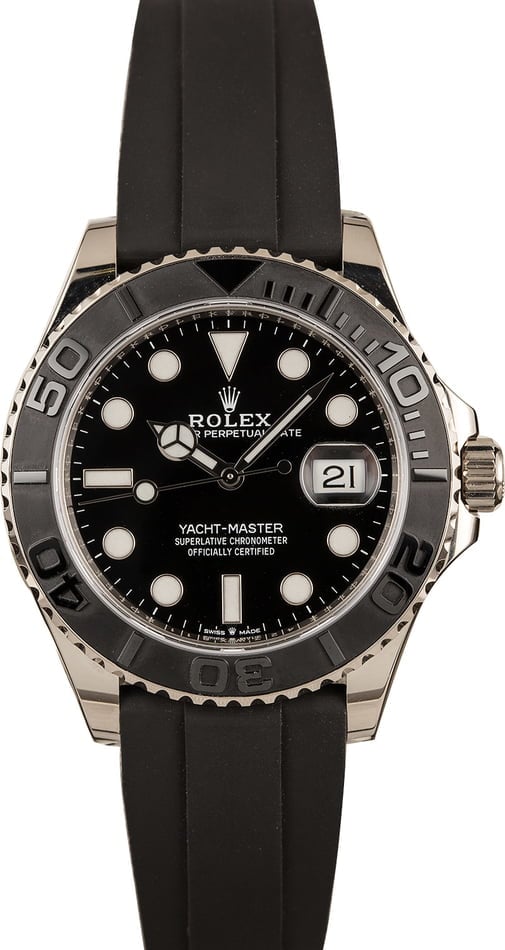 Rolex’s sole new release for 2019 (unless you want to count the existing Sea-Dweller getting the bi-metal treatment), it might be said the Yacht-Master 42 has appealed to so many fans because of its resemblance to something they have wanted to see for many years. With the neutral tones of the case, high contrast black dial and white detailing, surrounded by the matte black Cerachrom bezel, many of the brand-faithful thought they were looking at the long-awaited larger size Submariner when the first images appeared.

While that is still yet to materialize, there’s no doubt that the ref. 226659 has one of the more tool watch looks in the Yacht-Master family, a model first touted as a luxurious take on the rough-and-ready Sub. Finished with the Oysterflex bracelet, it is also arguably the most understated of the collection as well. However, this is not something to throw around with abandon. That 42mm case is 18k white gold, rather than steel, leaving it costing just shy of $30,000.

With its discreet styling and eye-watering price tag, it is the epitome of stealth wealth, something to draw admiring glances from those in the know rather than one of the brand’s more showy grandstanders. Inside is the next-generation, patent-heavy Cal. 3235, complete with the Chronergy escapement, a caliber that has kept Rolex in their customary position at the top of the industry tree when it comes to what is possible with mechanical movements.

A supremely handsome and versatile addition to what is already one of the more varied collections in the canon, the Yacht-Master 42 is Rolex at its very best.

Previous Article Vintage Rolex Details You Should Not Ignore
Next Article Rolex Sky-Dweller: What Is an Annual Calendar?