The 2020 Golden Globes Awards took place just a couple of days ago, and as expected, a number of remarkable luxury watches were spotted on the red carpet. Among the headliners were a number of Omega watches, but they were not the models that most were expecting to see on the wrists of Hollywood’s hottest actors. Last month Omega announced a new Seamaster Diver 300M 007 James Bond edition watch to be worn by the world-famous secret agent in the 25th Bond film No Time to Die, due out in April. However, at the Golden Globes, Bond actor and Omega ambassador Daniel Craig did not sport the new timepiece as expected, but rather a solid rose gold Speedmaster Automatic Triple Calendar Chronograph. 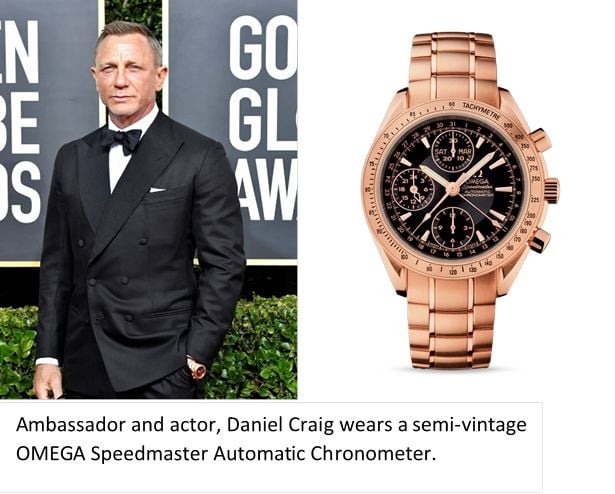 Although Craig’s Speedmaster is not exactly an “old” watch, Omega refers to it as a “semi-vintage” piece, since it is not part of the brand’s current lineup. The watch itself is a ref. 323.50.40.44.01.001 which can retail on the pre-owned market for about $20,000. At 40mm, it is slightly smaller than the majority of the watches in the modern Speedmaster collection, and it’s self-winding movement and triple calendar complication further set it apart from the traditional Speedmaster Professional Moonwatch. 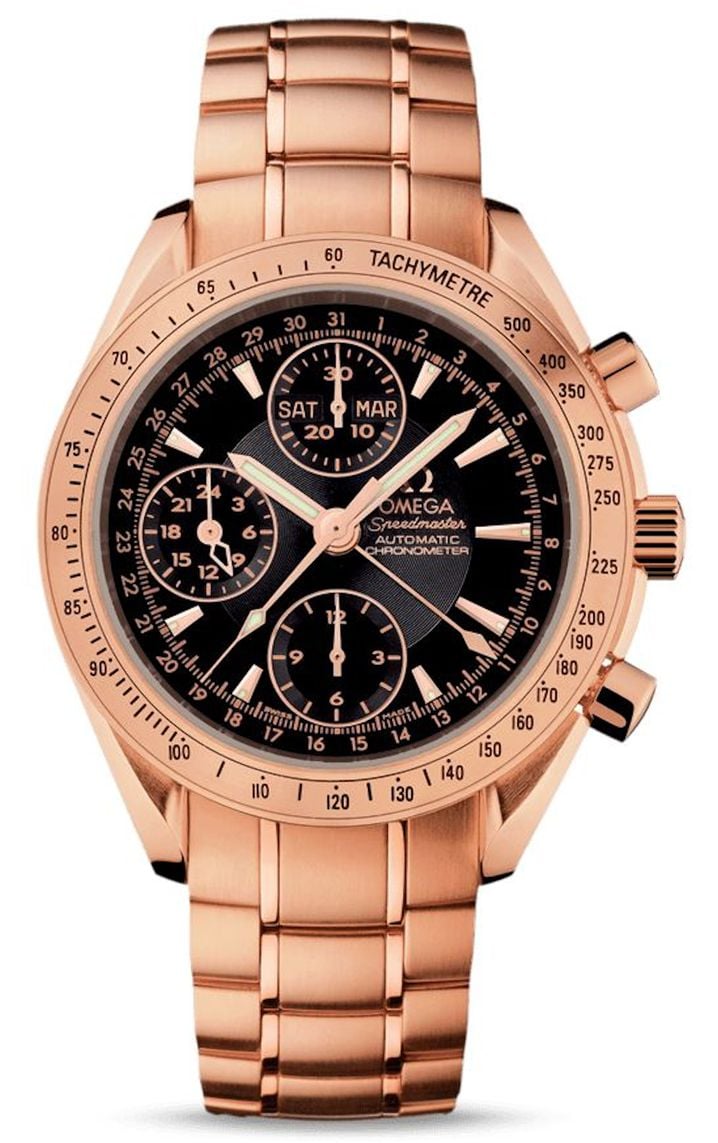 The 40mm red gold Speedy is not part of the revered Professional collection, although it does share many attributes with the legendary first watch on the Moon. With its additional calendar functions, its design is more text-heavy and complex, while the rose gold gives it a luxe feel, nicely set off by the black dial. The watch is powered by Omega’s in-house Caliber 3606 self‑winding chronograph movement with day, date and month indications and a 44-hour power reserve.

“James Bond shares many of the same qualities as Omega, from exquisite style to adventurous spirit and exacting precision,” as the brand’s President and CEO Raynald Aeschlimann said last month. Craig pared the watch with a bespoke Savile Row double-breasted tuxedo. 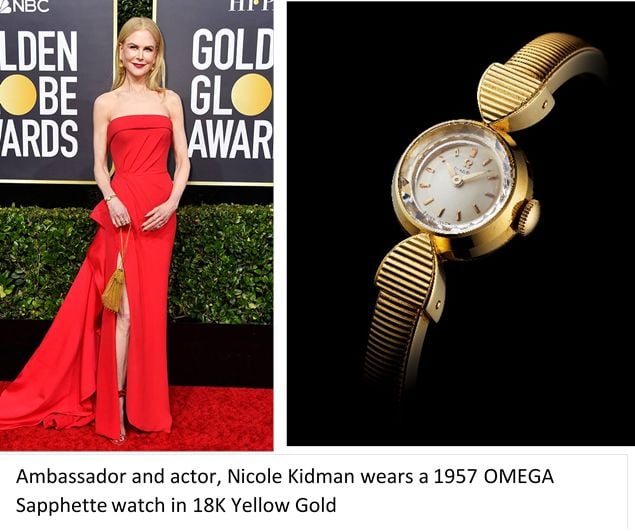 Evans and Braun both wore Omega watches from one of brand’s newest collections, the DeVille Tresor line. Extremely simple and elegant, they’re pretty understated by red carpet standards. Evan’s watch was sized at 40mm and finished in Sedna rose gold with a black dial on a leather strap,.Braun’s watch was also a 40mm, finished in stainless steel with a white face, embellished with diamonds yet somehow managing to remain subtle. 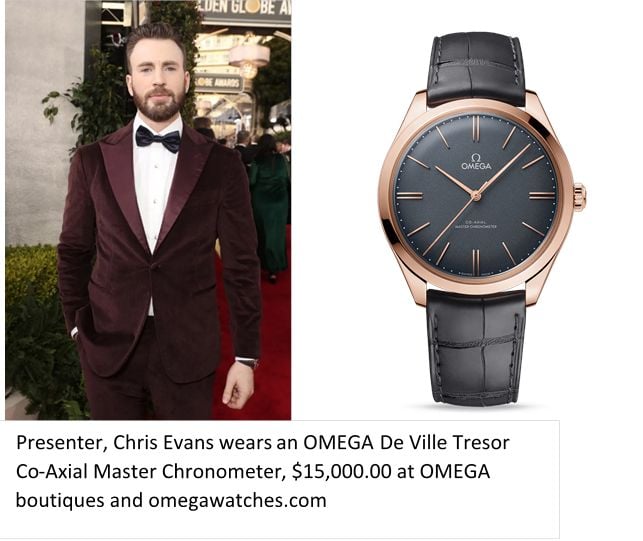