The Rolex Submariner is easily the most popular dive watch ever produced. Beloved for its iconic dial, mix of metal, and colorful bezels, this wristwatch is adored by professional divers and collectors alike. The Rolex Submariner is also one of the most long-running watches in the brand’s history, with production starting all the way back in 1953. 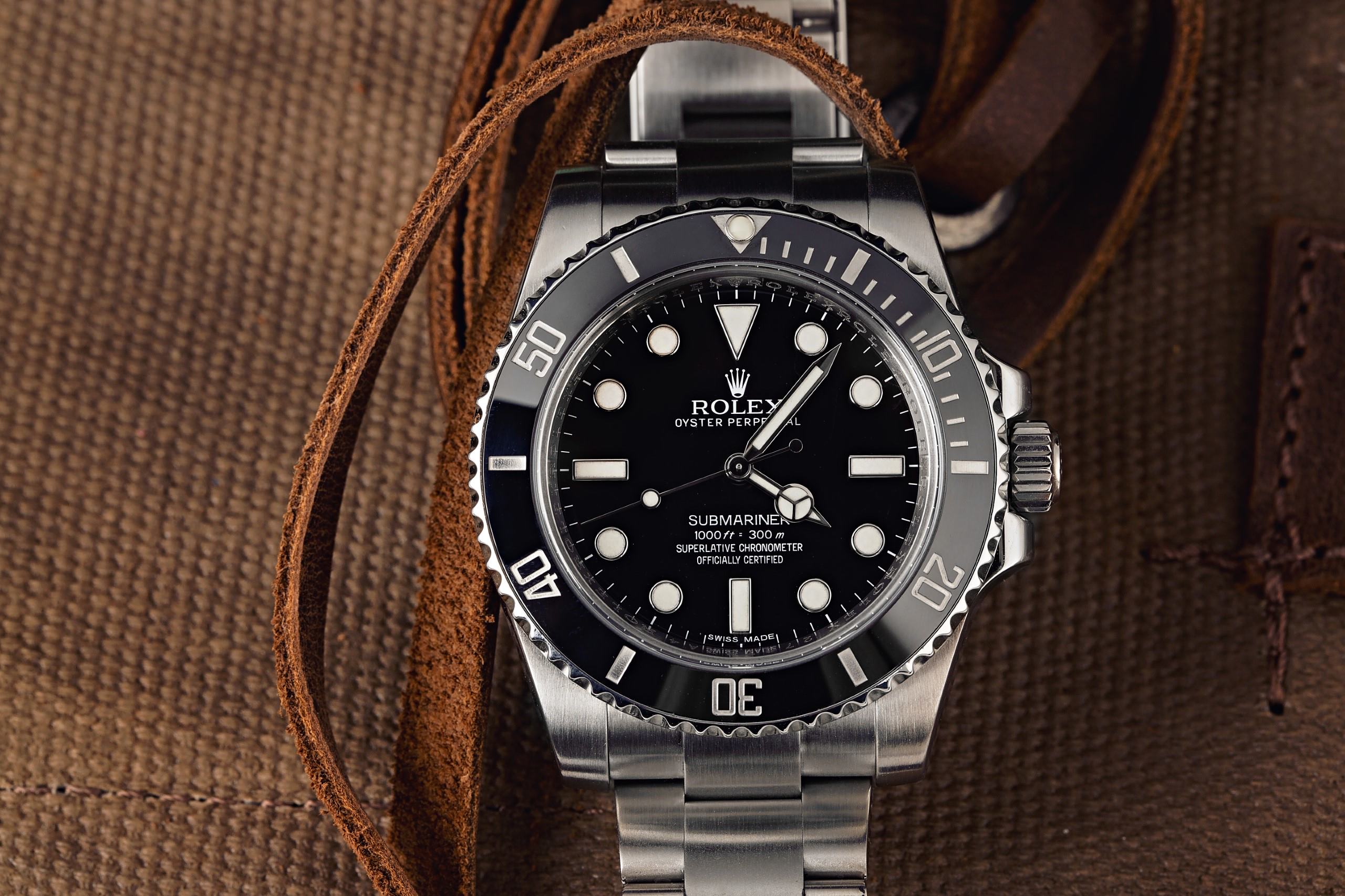 The price of a Rolex Submariner has been increasing since 1953.

Over the decades, this watch has seen a lot of changes and upgrades. However, one of the most shocking changes is the price of the Submariner. A lot of the time, people assume that low prices from decades-past can be chopped up to inflation, but in fact, there is a lot of history that has propelled the Rolex Submariner from a watch that cost a couple hundred bucks to one that will set you back eight or nine grand for a basic model in stainless steel. Let’s dive in, shall we? 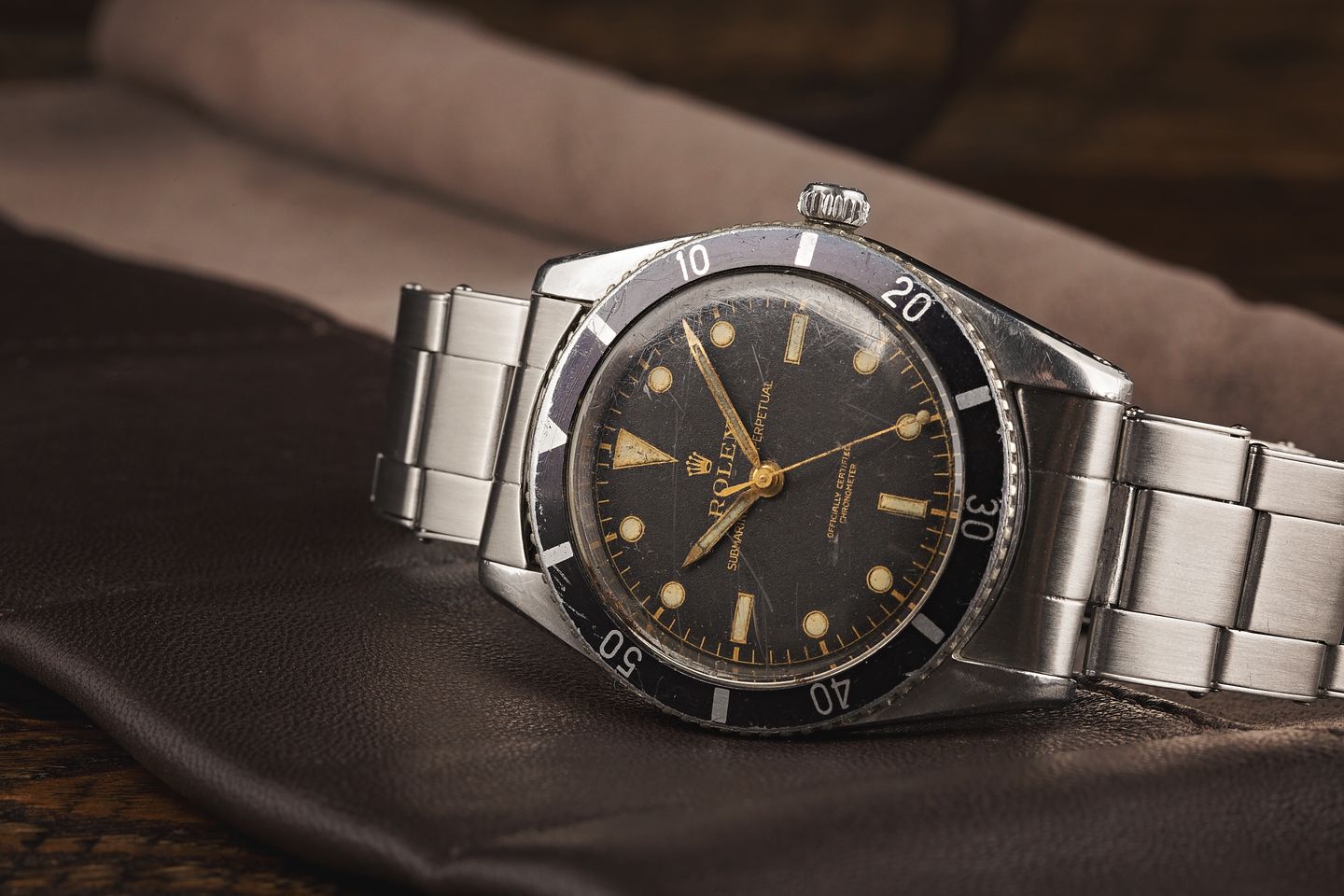 The reference 6204 was the very first Rolex Submariner.

The price history of the Rolex Submariner starts with its release in the 1950s when you could pick one up for a cool $150. Even when taking inflation into account, that works out to only around $1,434 – still quite ‘cheap’ for a luxury timepiece in today’s market. But, we’ll get back to that.

Over the next two decades, between the 1950s and 1970s, the Submariner gained serious popularity. It was already renowned for its water-resistance, but its highly versatile aesthetics, along with features in major films, like the James Bond series, made this watch more than a dive tool, and turned it into a mainstream status symbol.

Over the years the Submariner has steadily evolved.

Yet, by the 1970s there hadn’t been a huge price increase for the Rolex Submariner, despite its tremendous success. I’ll give you a few examples, starting with the stainless steel Submariner with date that was going for just $230 at the time, only $1,200 today. Even the full solid 18k gold Submariner was going for $2,000, what would be roughly $11,585 in 2019. But the relatively low prices of this decade are a direct reflection of the downfall the industry was facing as a whole with the Quartz Crisis. In short (if you’re not familiar with it),  during this time the mechanical watch industry was being outsold by lighter, cheaper quartz timepieces. So much so, that it almost ran the industry into the ground entirely with many brands being bought and consolidated.

However by the time the 1980s were ushered in, the industry had mostly regained its footing and repositioned itself in the market. For the first time in a long time, mechanical watches weren’t seen as antiquated technology, but rather a luxury item, and the new prices reflected it. Rolex watches had always been seen as high-end items; however, it was during this decade that we saw them (along with many others in the industry) fully embrace their luxury status. 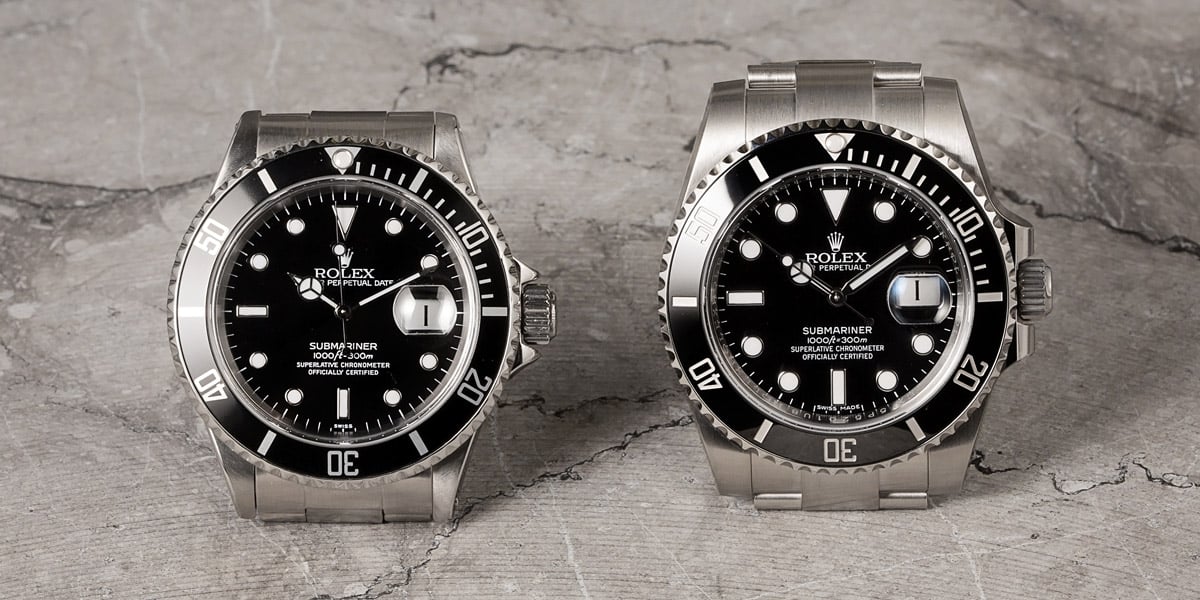 The Rolex Submariner has made the transition from tool watch to luxury watch.

In fact, the price of the Rolex Submariner was pretty much blown out of the water. The 18k gold Submariner that went for a couple grand in the 1970s was now priced at $10,850 – or $26,859 today, adjusting for inflation. The newly-introduced two-tone stainless steel and yellow gold Rolex Submariner was priced at $2,975 (roughly $7,364 today). Even the standard stainless steel Submariner saw a major price increase, jumping from a couple hundred in the early 1970s to $1,325 just a decade later.

Even with prices ever on the rise, multi-year waitlists exist at retailers for most Rolex Submariner models. Additionally, many people are willing to pay well-above retail price on the secondary market for Submariner, supporting the claim that – despite steady price increases – these watches remain undervalued. As the world’s most famous luxury brand, I can only imagine Rolex’s prices will continue to rise over the years… and if the last half century is anything to go by, it will likely not deter Rolex Submariner buyers one bit. 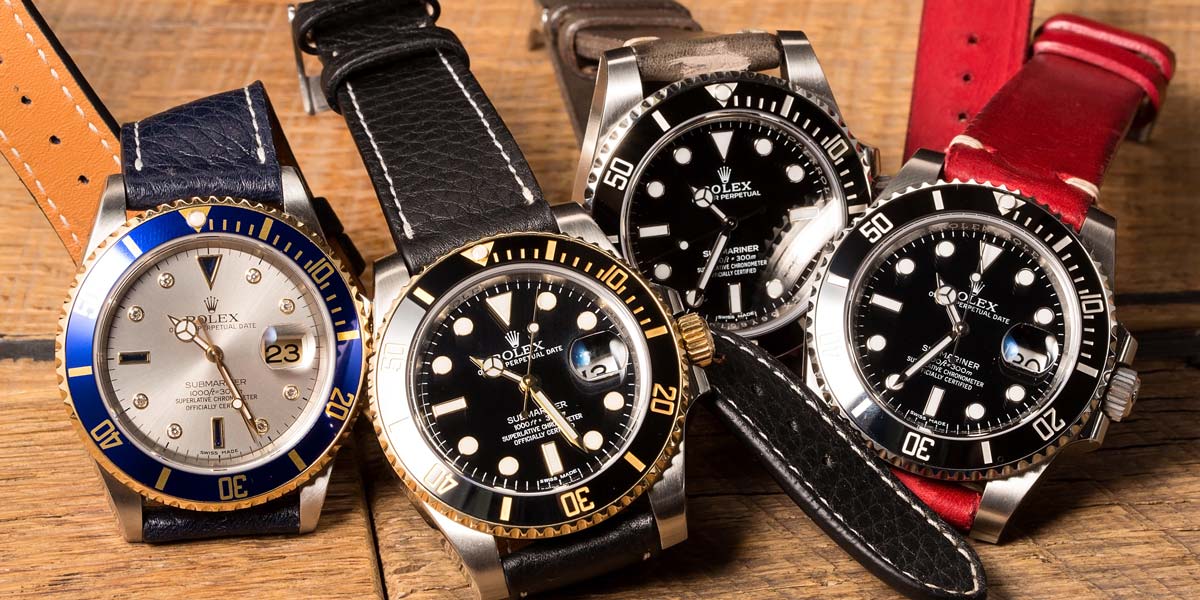 Today the Submariner is available with a wide variety of different options.