Justin Hartley from This is Us and Outer Banks Star Chase StokesThe biggest names in TV and film ascended upon the Hollywood Palladium last night for the 29th MTV Movie & TV awards, all in the hopes of taking home a coveted golden Popcorn statue.  Comedian Leslie Jones hosted the festivities with Snoop Dogg serving up fresh beats as the evening’s DJ. Black Widow star Scarlett Johansson won the Generation award and was then slimed by Colin Jost, To All the Boys: Always and Forever won for best movie, and WandaVision took home the statue for best show.

While everyone at home and the awards show had their eyes on that irresistible bucket of golden popcorn, our focus was on everyone’s wrists, hoping to catch a glimpse at some intriguing timepieces.  And we were not disappointed when we spotted a couple of exceptional Omega watches on the wrists of up-and-coming stars Justin Hartley and Chase Stokes.

Justin Hartley: Omega Friend of the Brand and Actor on NBC’s Smash Hit This is Us

Last night wasn’t the first time Justin Harley from This is Us fame has been spotted with an Omega on his wrist.  Last March, he paired an impressive Sedna gold Omega Speedmaster Moonwatch worth $35k with his dapper blue suit as he attended the Critic’s Choice Awards.  At the same awards show the year prior, he also turned heads when he wore a drool-worthy Omega Speedmaster Dark Side of the Moon with his custom ISAIA tux.

So, it comes as no surprise that Omega Friend of the Brand and all-around watch enthusiast would wear yet another Omega wristwatch to last night’s festivities.  Peeking from beneath his jacket was a handsome 41mm Omega Constellation ref. 131.63.41.21.03.001 in Sedna gold – aka 18k rose gold.  It was the perfect choice for his casual outfit with a matching blue leather bracelet and blue dial and bezel. 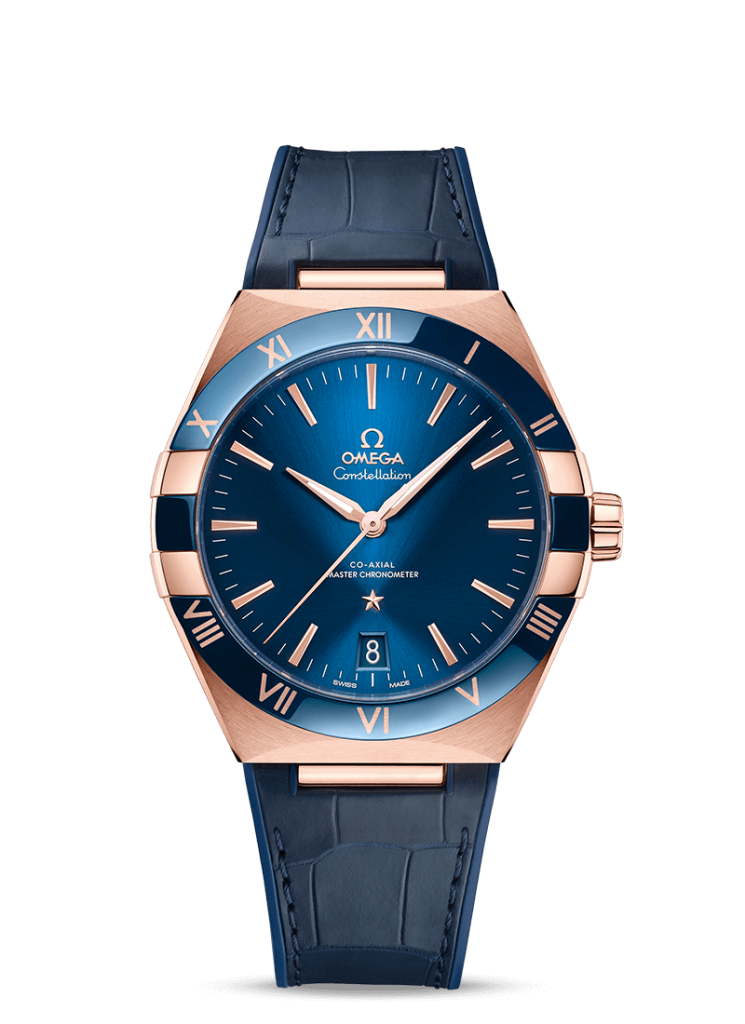 Reference 131.63.41.21.03.001 joined the Omega lineup in July of 2020.  In addition to utilizing modern materials, such as Sedna gold and polished ceramic, the newest OMEGA Constellation features a larger 41mm case.  Previously, the gent’s collection only included 36mm and 39mm options.  Just 2mm larger, the edition Hartley wore appeals to modern watch tastes while offering a comfortable hold on the wrist with a barrel-shaped case without lugs and an innovative leather strap with anti-bacterial rubber lining.

The Constellation’s signature “Griffes” or claws are still present on the bezel, as are the Roman numeral graduations and the model’s tiny star logo on the dial.  At the heart of the watch beats Omega’s Master Chronometer cal. 8901 self-winding movement, complete with a Co-Axial escapement, anti-magnetism up to 15,000 gauss, and a 60-hour power reserve.

Also spotted on MTV’s red carpet was Chase Stokes, star of Netflix’s drama Outer Banks. The breakout star accepted the award for best kiss and planted a smooch on co-star Madelyn Cline while wearing a gold Omega Seamaster Aqua Terra 150M with a matching gold bracelet.  Stokes was hard to miss, pairing his gold Omega with a fiery red suit. 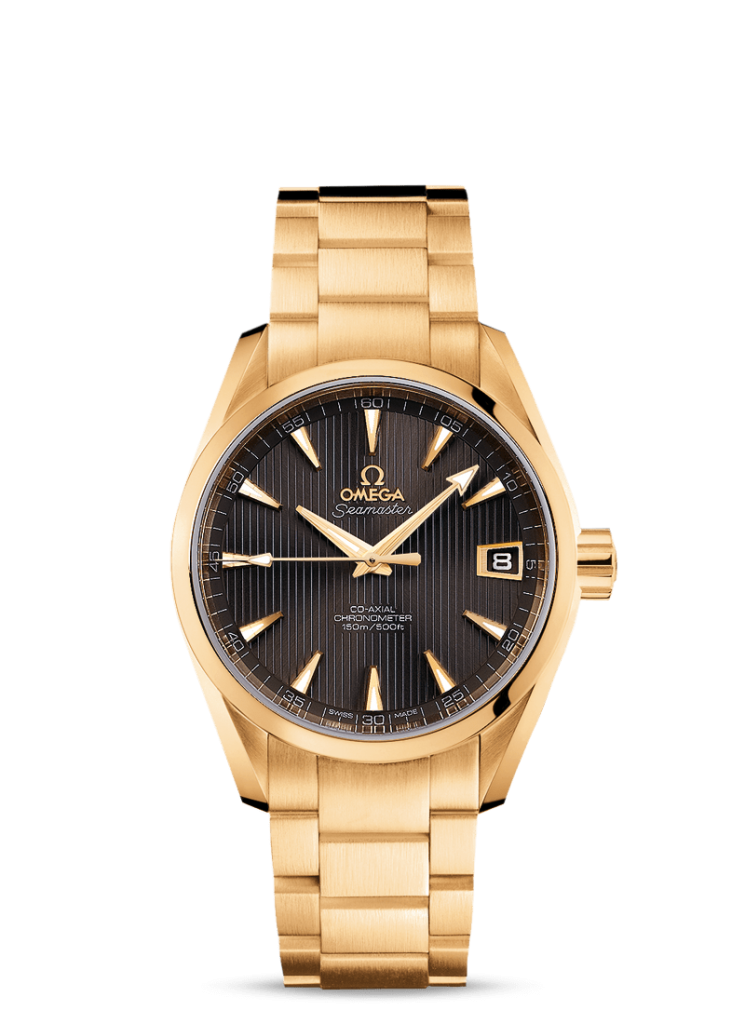 The Omega Seamaster collection boasts numerous sub-models to suit various lifestyles and professions, including the Aqua Terra.  It’s a relatively newer addition to the brand’s portfolio, coming to market in 2002.  Its design celebrates Omega’s storied maritime history, featuring a striking teak-concept dial that has since become a hallmark of the Aqua Terra collection.

Stokes’ Aqua Terra features a grey teak dial topped with lumed dagger hour markers and hands and a date mechanism at 3 o’clock.  Measuring just under 39mm in diameter, it also packs a punch without overtaking the wrist, making it the perfect statement watch for his dramatic red suit.  The example Chase Stokes wore last night also features the cal. 8501 self-winding movement with a Co-Axial escapement and a 60-hour power reserve.