How Much Are the Raw Materials Inside a Rolex Worth?

How much are the raw materials inside a Rolex watch worth?

A warning to Rolex lovers: the videos linked in this post might be very disturbing to watch. That’s because they involve the wanton destruction of an otherwise harmless Rolex Date, which – although hardly the most impressive Rolex watch we’ve ever seen, nonetheless took the Geneva watchmaker’s artisans many months to create. 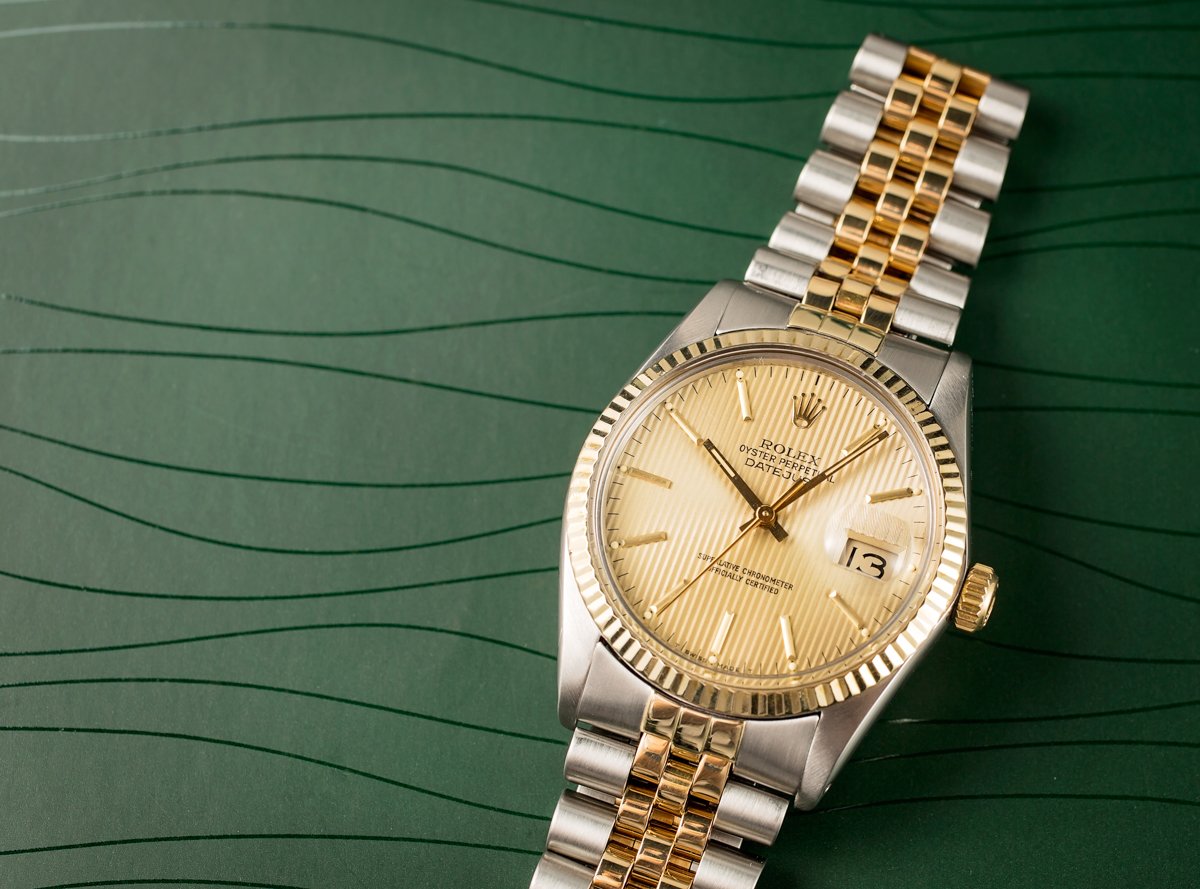 Ever wonder how much the raw materials inside a Rolex watch are worth?

Reportedly valued at $7,500 (although a value of $8,000 to $10,000 was stated in the initial video), the steel and gold (Rolesor) Rolex Date belongs to the reference 152xx generation, and features a diamond-set mother of pearl dial and a diamond bezel. While it appears as though the dial and bezel are aftermarket components, the value of the raw materials themselves is significant nonetheless.

In the interests of science, the YouTube videographers What’s Inside and Cody’s Lab reduced the watch to its essential ingredients, namely gold, silver, diamonds, stainless steel, and everything else, in order to assess the value of the raw materials used in its construction. 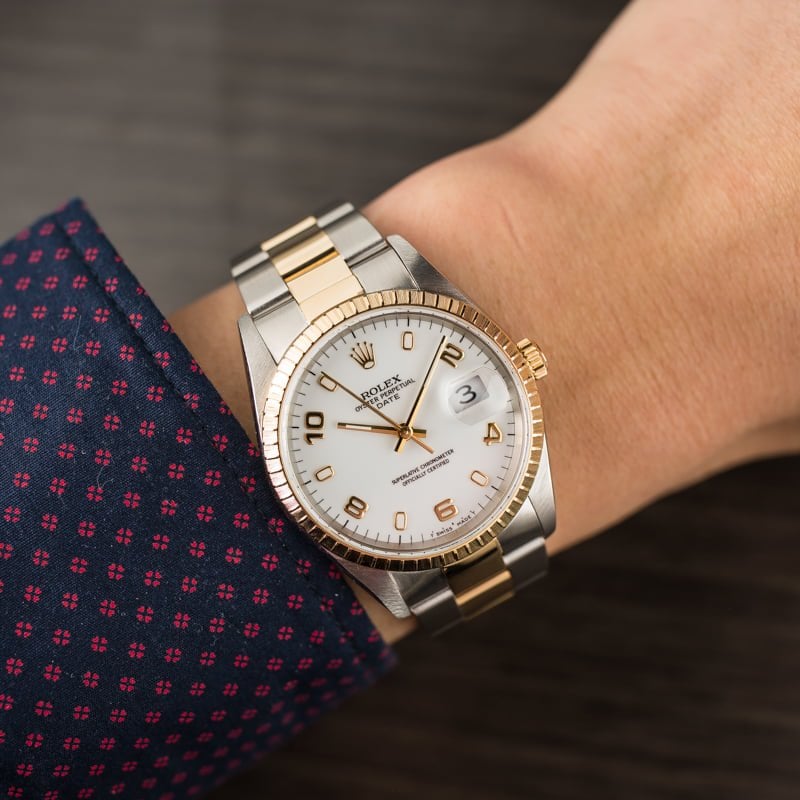 A Rolex Date – similar to this one, but with a diamond-set mother of pearl dial and a diamond bezel – was the watch that was destroyed in the videos.

How It Went Down

The question, “how much are the components really worth?” proved to be rather painstaking to answer. In the first video, the two guys from What’s Inside went at the watch with pliers and a Dremel tool, which is similar to the pneumatic die grinders used in the metalworking industry, to (improperly) break the watch down into its respective components. Within five minutes they reduced a meticulously crafted example of watchmaking into a pile of scrap.

Once in pieces, the watch went to Cody for the second video, whose home laboratory resembles something out of Breaking Bad and could probably be put to more nefarious uses. Over the course of several days, in a very elaborate and scientific process, Cody went about dissolving the gold in hydrochloric acid, and extracting the intrinsically valuable raw materials from the various components of the watch.

Because the focus of the videos was on the raw material value of the watch’s components, what many might say is its most important part – the in-house Rolex movement – was largely ignored. Being made mainly of brass and steel with a bit of nickel, copper, zinc, and just trace amounts of gold, rhodium, and other materials, the movement has little monetary value in its raw materials, despite being worth thousands of dollars. 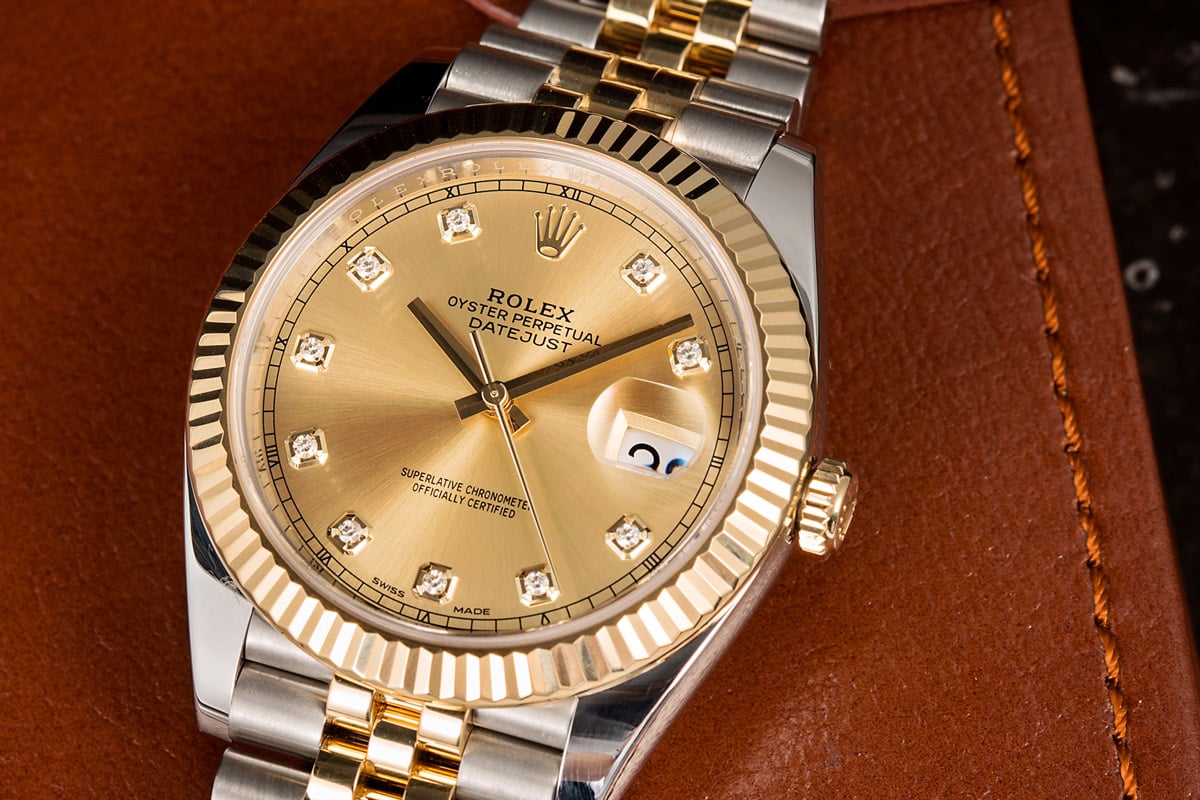 It must be said that the watch in the videos could have been disassembled in a manner that would have not irreparably destroyed ALL of its components.

The Value of the Raw Materials

The rest, one might say, is just window dressing. Once separated via blunt force, the gold was melted down into a pellet while the silver was turned into a powder and the diamonds broken loose from their settings. After it all was said and done, Cody was left with 0.13 grams of diamonds, 1.15 grams of silver, and 10.94 grams of gold. While the diamonds are a bit difficult to price, the gold’s value is about $465, while the silver is worth around $1.

The obvious conclusion: a Rolex is much more than the sum of its parts. 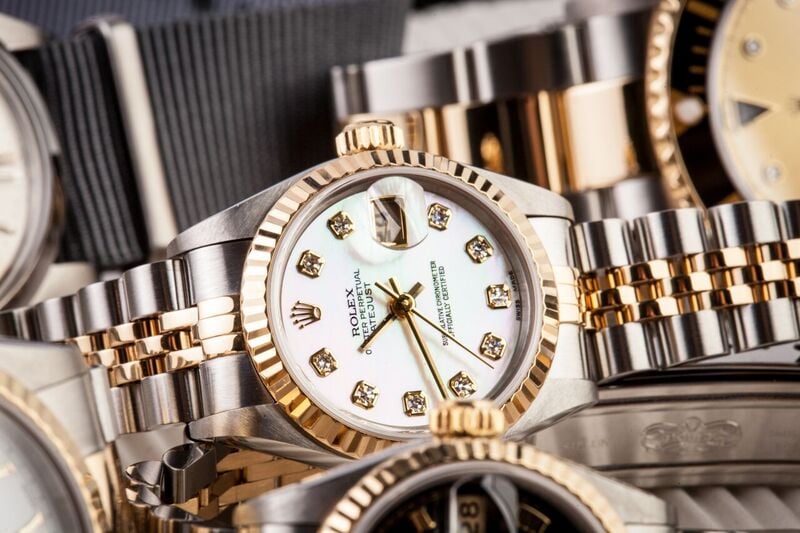 Rolex Watches: more than the sum of their parts.