After the success of the new Pepsi GMT-Master II last year, Rolex is unveiling their famous blue-and-black bezeled GMT with the same stainless steel Jubilee bracelet upgrade for Baselworld 2019. But that’s not the only thing the “Batman” Rolex GMT-Master 126710BLNR has going for it – let’s take a closer look. 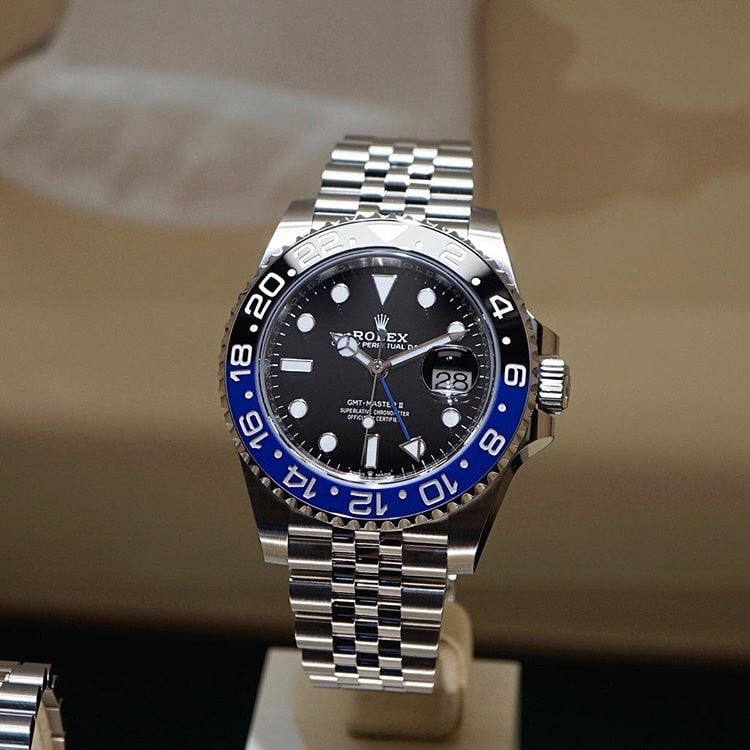 In a very Rolex move, the horlogerie has used Baselworld 2019 to unveil some small but mighty (and bound to be popular) changes. Granted, last year we all were pleasantly surprised to see the reveal of the stainless steel, Jubilee ref. 126710BLRO. But even then, it wasn’t like the watch had been given a total overhaul.

So what is new? Well, first things first, it is essentially the same as the 2018 Pepsi but with that highly desirable, blue and black bezel nicknamed after our favorite superhero of the night. It has the same new, 904L stainless steel (now called Oystersteel) 40mm case, featuring redesigned lugs to fit the jubilee bracelet. The finish on the case is a mix of polished and brushed surfaces, and it’s offset by the same black face with maxi-indexes and hands featuring blue-glowing Chromalight. The beloved Mercedes hour hand and blue GMT hand from the original Batman GMT are still there too. 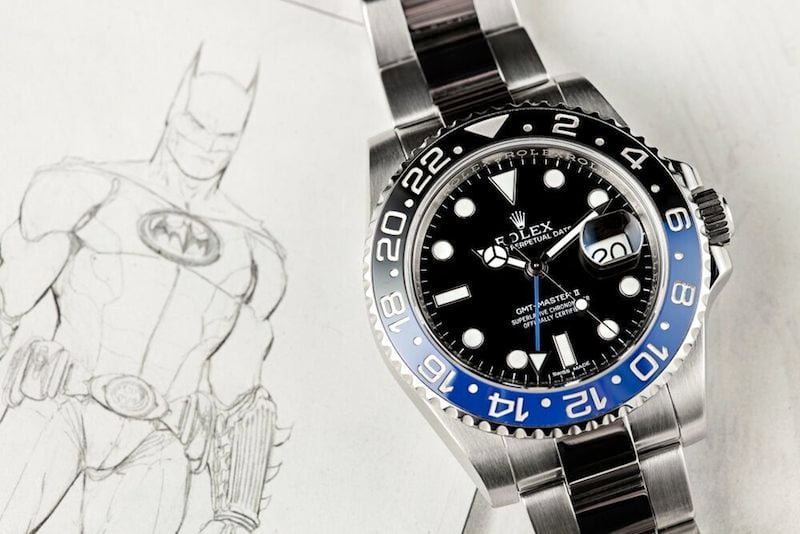 Just like the Pepsi, the new Batman has also been upgraded with the impressive caliber 3285 movement, which is accurate up to +2/-2 seconds per day and boasts a 70-hour power reserve. Rolex has indicated the caliber upgrade on the face with a subtle hint – a tiny crown between ‘Swiss’ and ‘Made’ below 6-o’clock.

Obviously though, the most prominent upgrade to the Rolex Batman GMT-Master II is the stainless steel Jubilee bracelet. Because of its more intricate design and slight resemblance to the stately President, some collectors may have a hard time accepting the upgrade. On the other hand, there are going to be those who adore the added elegance and feel of this bracelet. But, whether you love the Jubilee or hate it – you’re stuck with it. Rolex has also announced they won’t be making the GMT-Master II Batman with an Oyster bracelet (or the black bezel version at all) any longer.

This Rolex GMT-Master II “Batman” 126710BLNR will proudly be on display at Baselworld for the general public starting tomorrow. And if you find yourself already drooling over this model, later this year, you’ll be able to purchase it for some $9,250 – so start saving up. Keep an eye on our blog over the coming days for continuing coverage of the fair, and be sure to follow us on social media for the latest Rolex news, too. 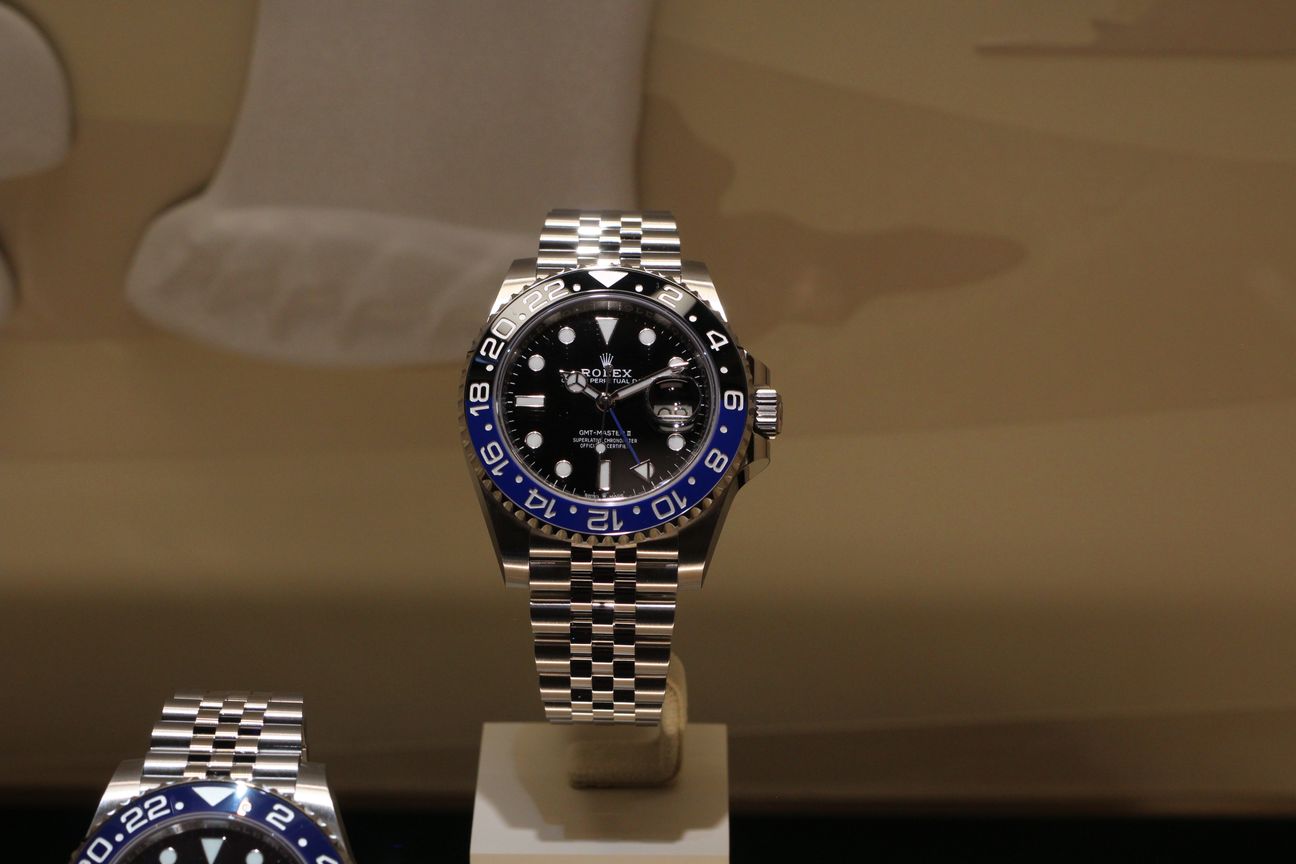 With the announcements from Baselworld this year, stainless steel Rolex GMT watches will only be available on Jubilee bracelets.

Since the release of the new ref. 126710BLNR Rolex Batman GMT-Master II earlier this year, the watch has gone on to become one of the most desirable timepieces in the world, with waitlists now spanning many years in length at boutiques and retailers worldwide. Demand far exceeds supply for the new “Batman” GMT-Master II, and the model has seen significant appreciation on the secondary market.

While the new Batman GMT is essentially a black and blue version of the ceramic Pepsi model that was released at Baselworld one year prior, demand for the new ref. 126710BLNR was as strong as ever, and immediately caused waitlists at Rolex dealers the morning that it was announced. Despite being on the market for less than a year, the new GMT-Master II 126710BLNR “Batman” has seen rapid appreciation and is currently selling for roughly 100% above its retail price on the secondary market. 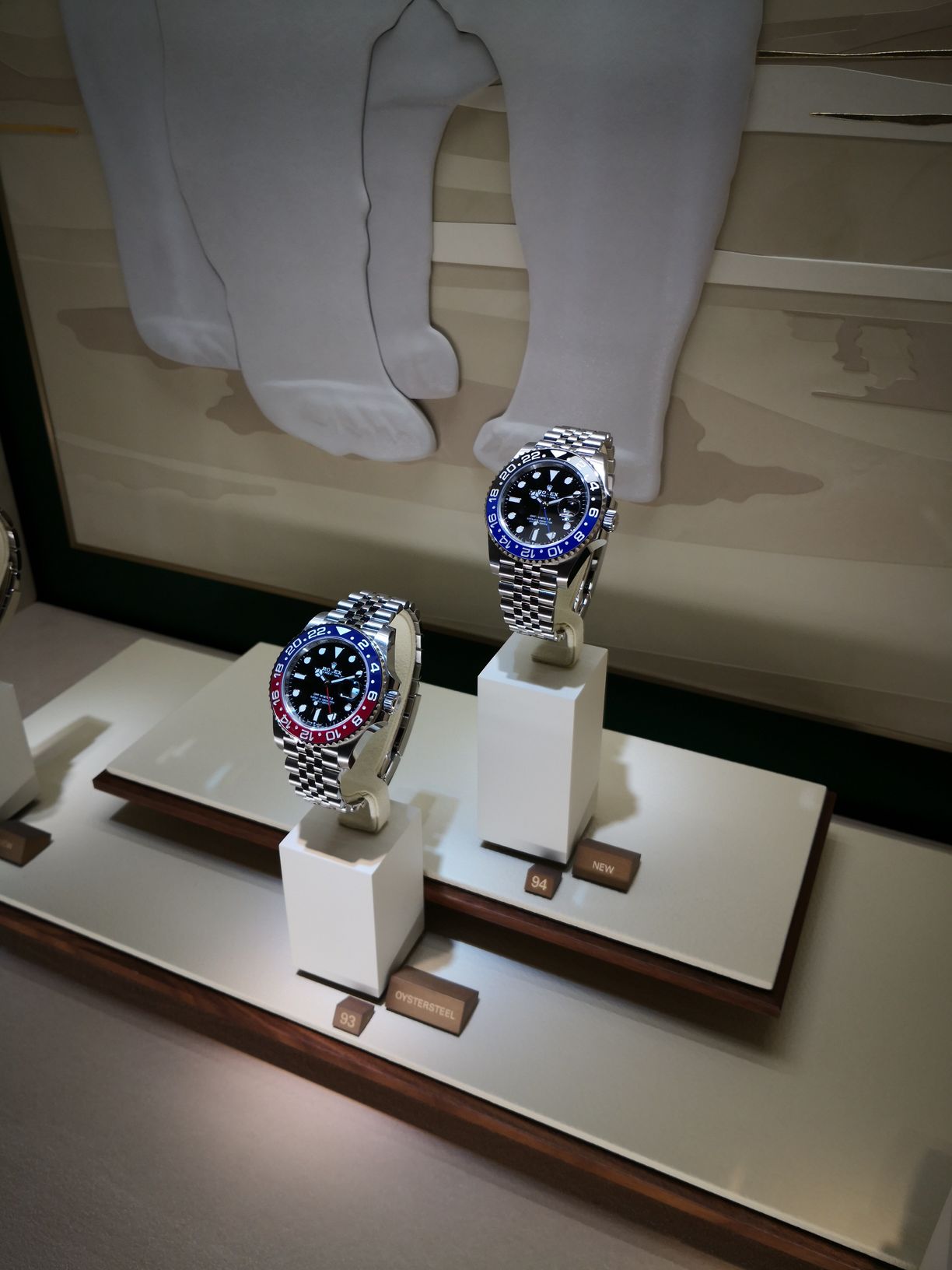 So which would you choose, Pepsi or Batman?