One of the most handsome vintage-inspired Breitling pilot’s watches ever made, the new AVI ref. 765 1953 Re-Edition has just been unveiled by the famed Swiss brand. Its heritage dates back to the original reference 765 AVI that was launched in 1953 and dubbed the “Co-Pilot” thanks to its rotating bezel and oversized numerals that made it the perfect timepiece for professional pilots. The new AVI ref. 765 Breitling watches are being offered in three limited-edition finishes: stainless steel, 18k red gold, and platinum, which represent a major upgrade in luxury while staying true to 1950s aesthetics. 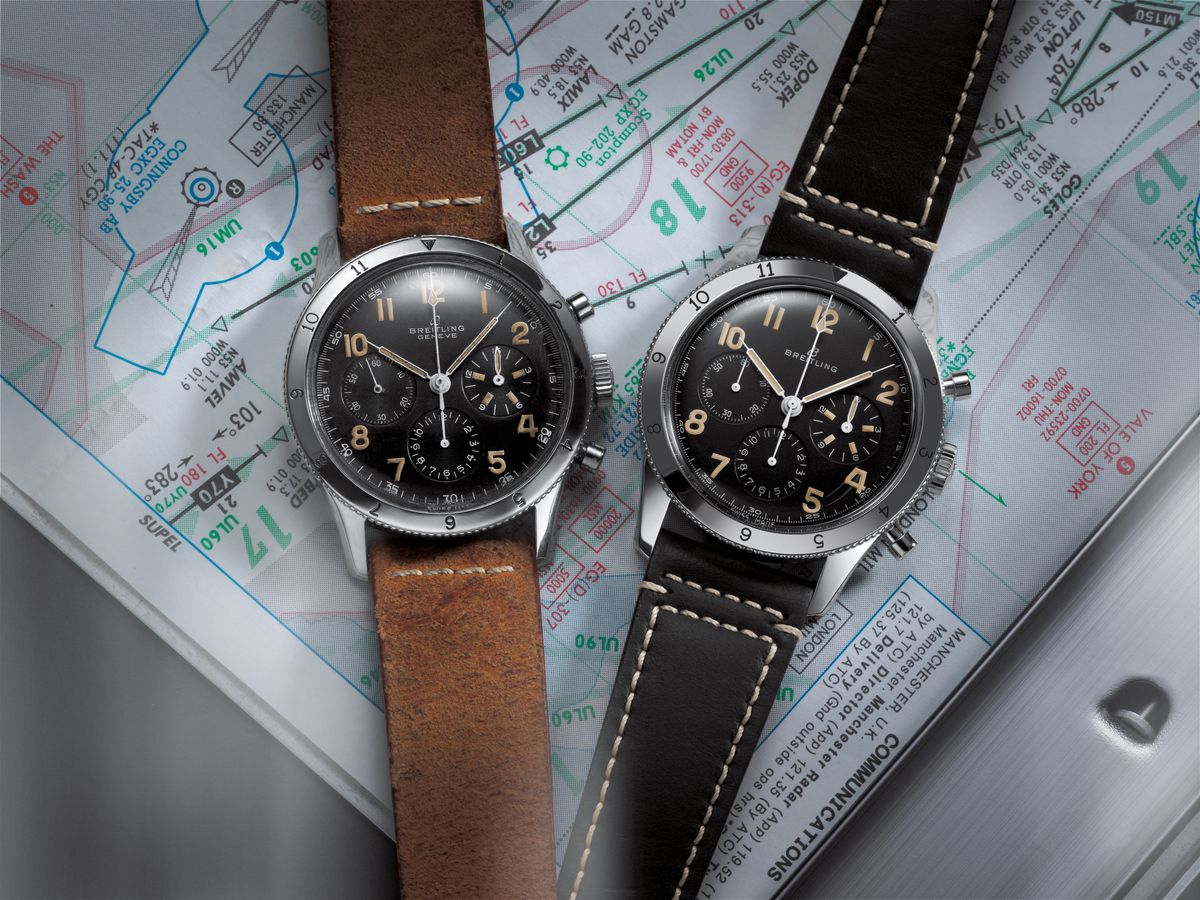 Breitling dipped deep into its archives for this one, going back to the original inspiration for the ref. 765 AVI that had a design rooted in the dashboard clocks designed and produced by the brand’s Huit Aviation Department. Established in 1938 to produce onboard chronographs for various aircrafts, the Huit Aviation Department played a crucial role in cementing Breitling’s impeccable reputation and aviation heritage. 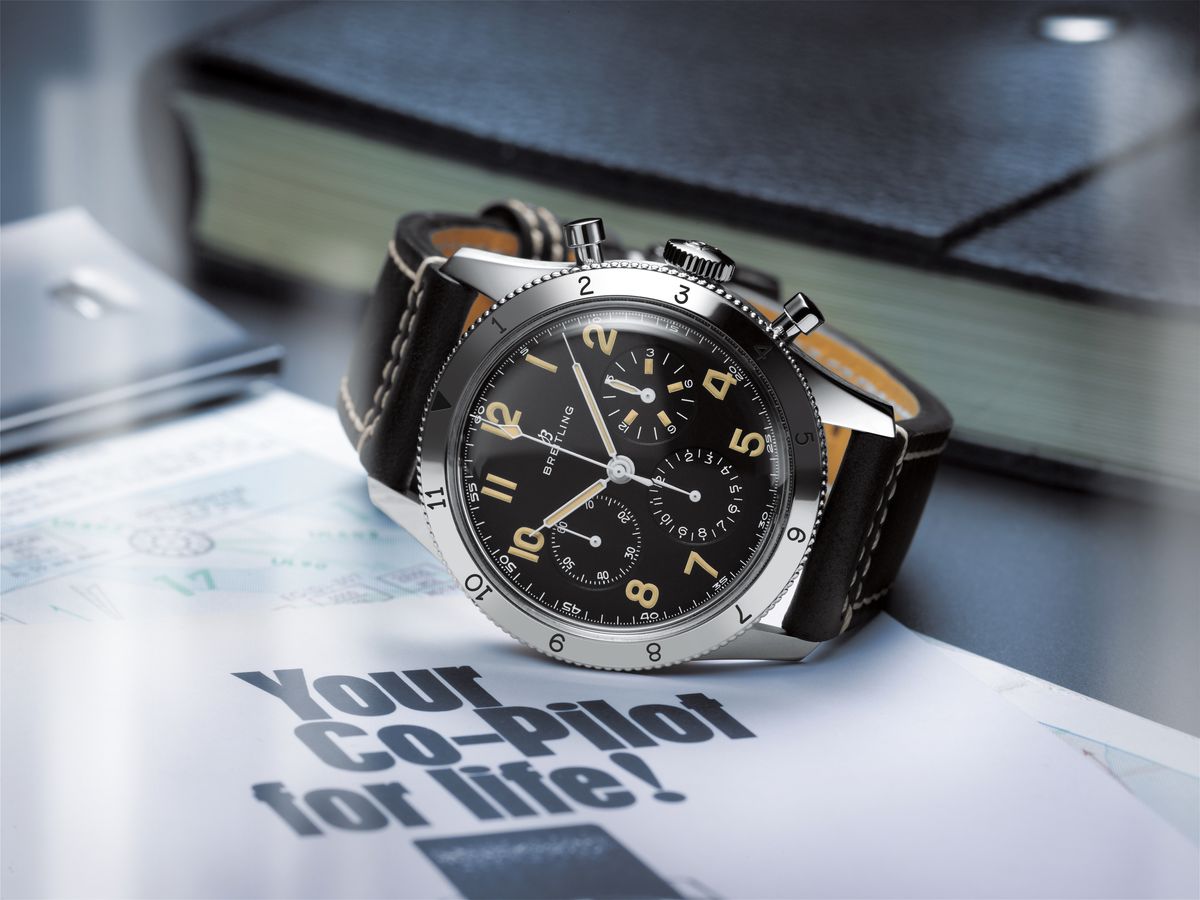 Sized at 41.1 mm and powered by the Breitling Manufacture Caliber B09 manually–wound chronograph movement, only 1953 pieces of the new Breitling AVI ref. 765 Re-Edition will be produced, and each will be inscribed with “ONE OF 1953″ on its caseback. The stainless steel and 18k red gold variants feature black dials, with the red gold version limited to just 253 pieces. The platinum edition has a striking blue dial (our favorite among the options on offer) and of which only 153 examples will be made.

The AVI ref. 765 1953 Re-Edition is Breitling’s second-ever historical re-edition; no doubt they were inspired by the success that the likes of Omega has had in this field. The first was the Navitimer ref. 806 1959 Re-Edition, which was released last year and was met with success. Both re-edition models were painstakingly crafted to be as much like the originals as horologically possible. 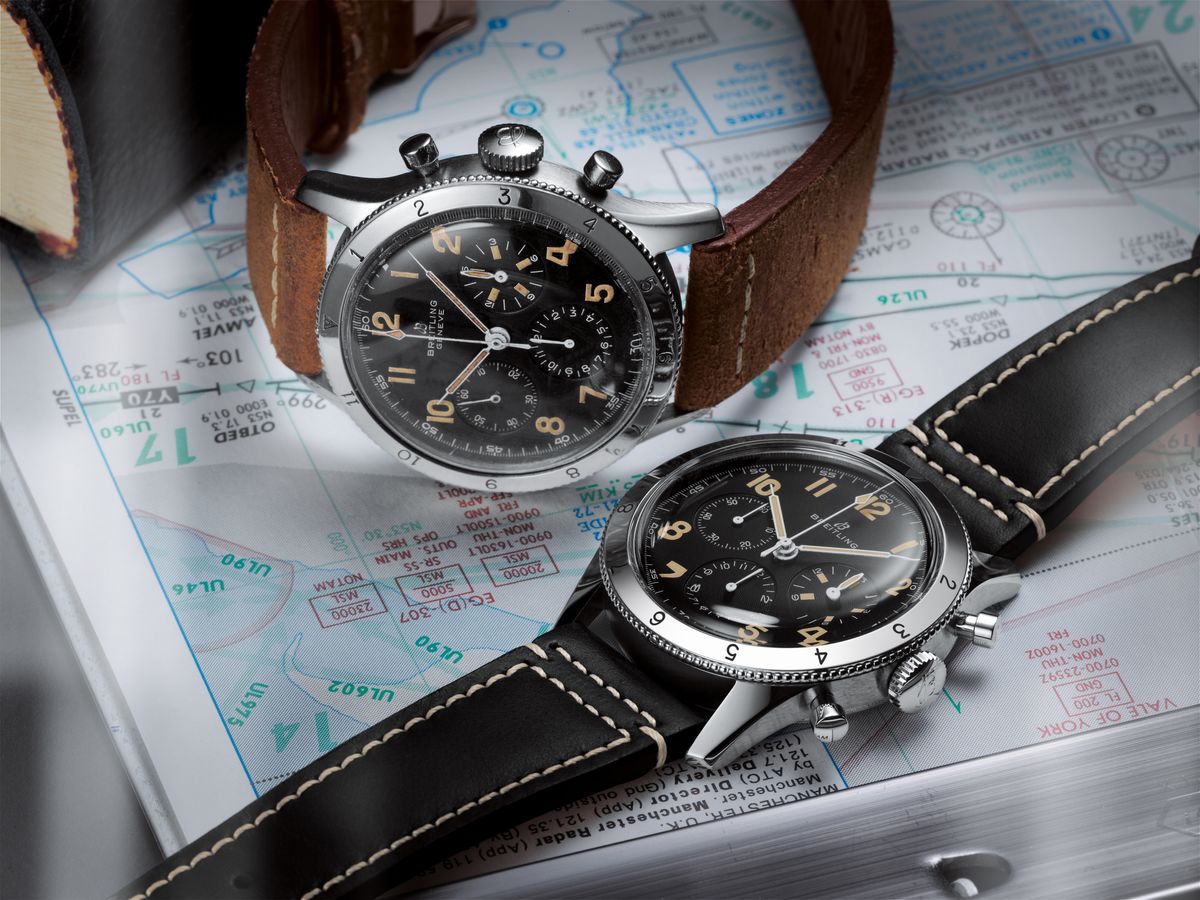 “There are only two concessions that distinguish this new timepiece from its famous ancestor,” Breitling notes of the new AVI ref. 765: “the water resistance has been improved to 3 bar (30 meters/100 feet) compared to the original version, and keen-eyed observers will also see that “GENEVE” no longer appears on the dial.” Nonetheless, “It was always clear to us that long-time Breitling fans would embrace these watches,” the brand’s CEO Georges Kern states. “But it’s also exciting to see how strongly they appeal to people who are new to our brand – they can take one look at a Re-Edition and see how much living history, innovation, and cool luxury we can pack into a single watch.” 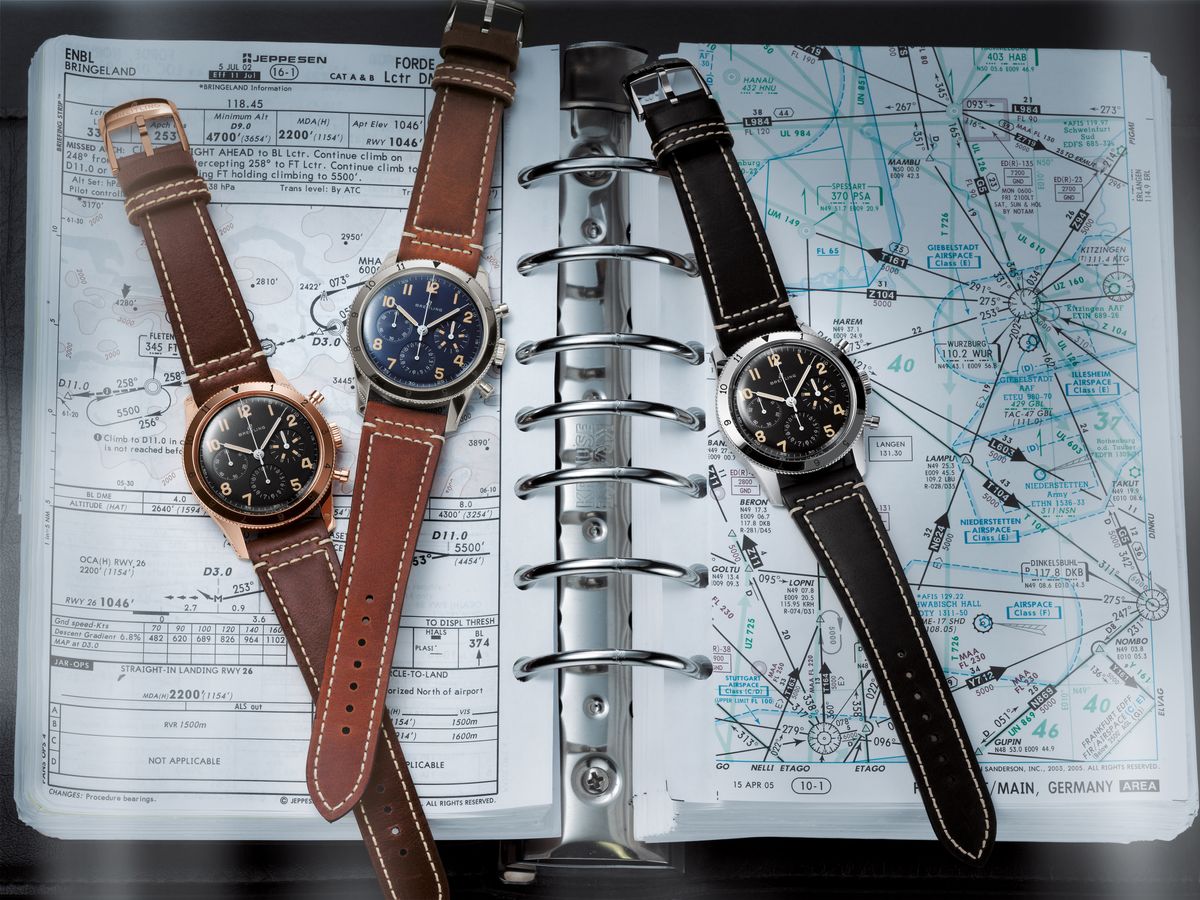