The Design Miami/ fair, held in conjunction with Art Basel, has become a major event on the global scene. The fair is one of the world’s foremost venues for collecting, exhibiting, discussing, and creating collectible designs. Though Panerai watch models and the brand are already well-known, the company made a strategic move with their branding. One of Panerai’s most important initiatives is to be an Official Watch Partner which acted as a catalyst to further promote their brand. This year Panerai decided to do something special in the presence of the world’s most influential collectors, dealers, designers, and curators -a special, limited edition watch. 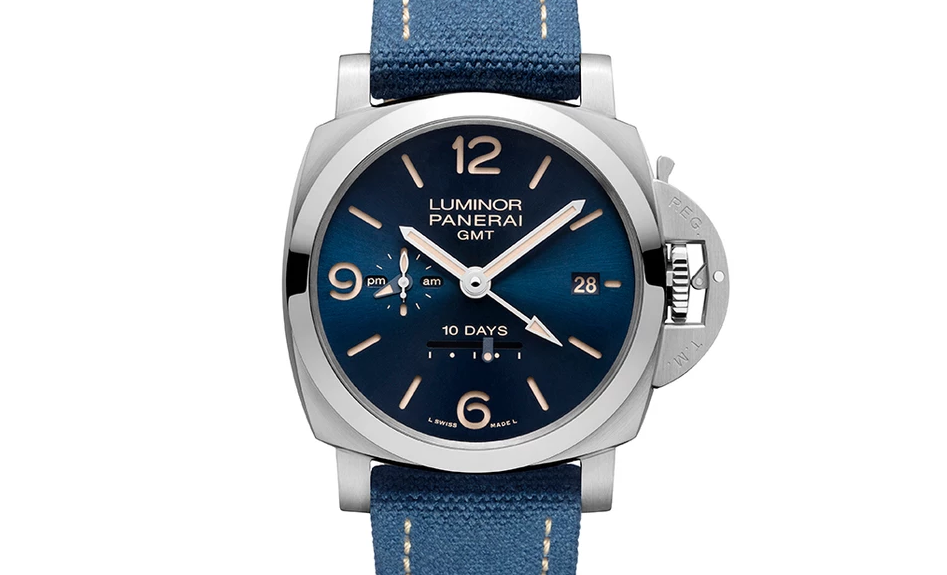 This watch was available at Design Miami/. (Credit: Panerai)

Created exclusively for the North American audience and limited to just 250 pieces at $14,400 apiece, it’s an exclusive version of the typical Luminor 1950 – 10 days GMT Automatic Acciaio featuring an unusual sun-brushed blue dial. The 44mm watch with an impressive military heritage is perfectly suited to South Beach in its natty new nautical hue. Initially available only at Panerai’s Design Miami/ Booth for the duration of the fair, any remaining pieces will be offered at select Panerai boutiques, chief among them the brand’s high-profile Miami Design District store. 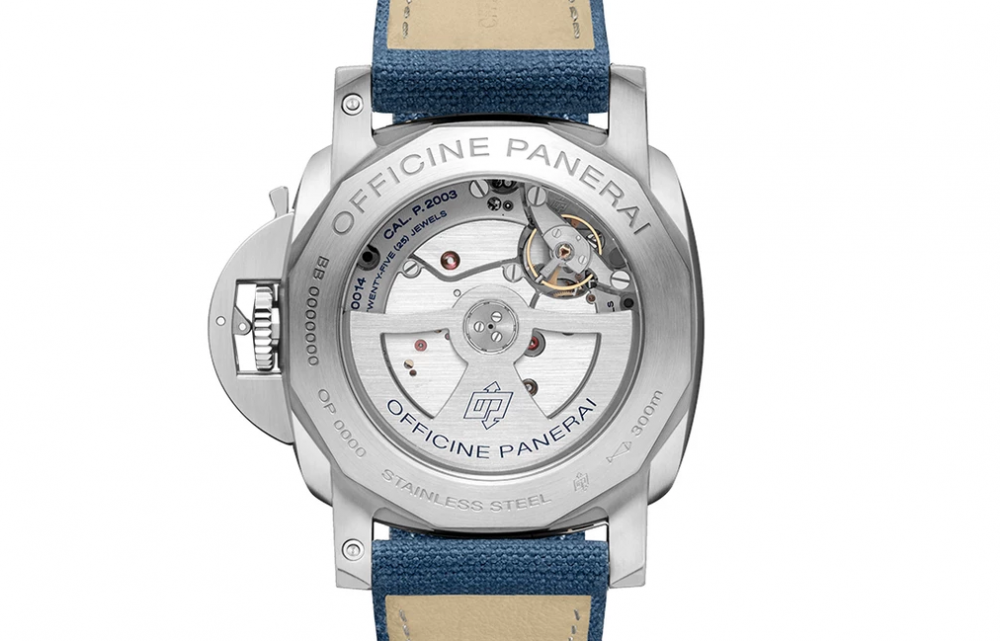 The Luminor 1950 itself is not a new watch, but Panerai reworked its aesthetics. Let us know your thoughts below. (Credit: Panerai)

The watch runs on Panerai’s in-house automatic P.2003 calibre with a 10-day power reserve. Water resistant to 300 meters, and emphasizes the fashionable aspect of Miami with an array of three straps included – a custom-designed canvas number with beige stitching, a blue rubber strap and a blue alligator strap, easily switched out using the included tool. The GMT versions of the the Luminor aren’t usually among our favorites, but in this execution it looks terrific. And if the price seems high, remember that this is a pretty unique watch. You can get more details about the fair on their website.