Omega Dark Side of the Moon: A New Speedmaster Honors the 50th Anniversary of Apollo 8

50 years ago this month Apollo 8, the second manned mission in the Apollo space program was launched, becoming the first manned spacecraft to leave Earth’s low orbit, reach the Moon, orbit it and return home safely. It was also the first manned spaceflight launch from Florida’s famed Kennedy Space Center. Astronauts Frank Borman, James Lovell, and William Anders were the first humans to see the dark side of the Moon with their own eyes and the first to see Earth as a whole planet, among other feats; it would be another year before Neil Armstrong and Buzz Aldrin would actually land on the Moon during Apollo 11. Here’s to the iconic Omega collection. 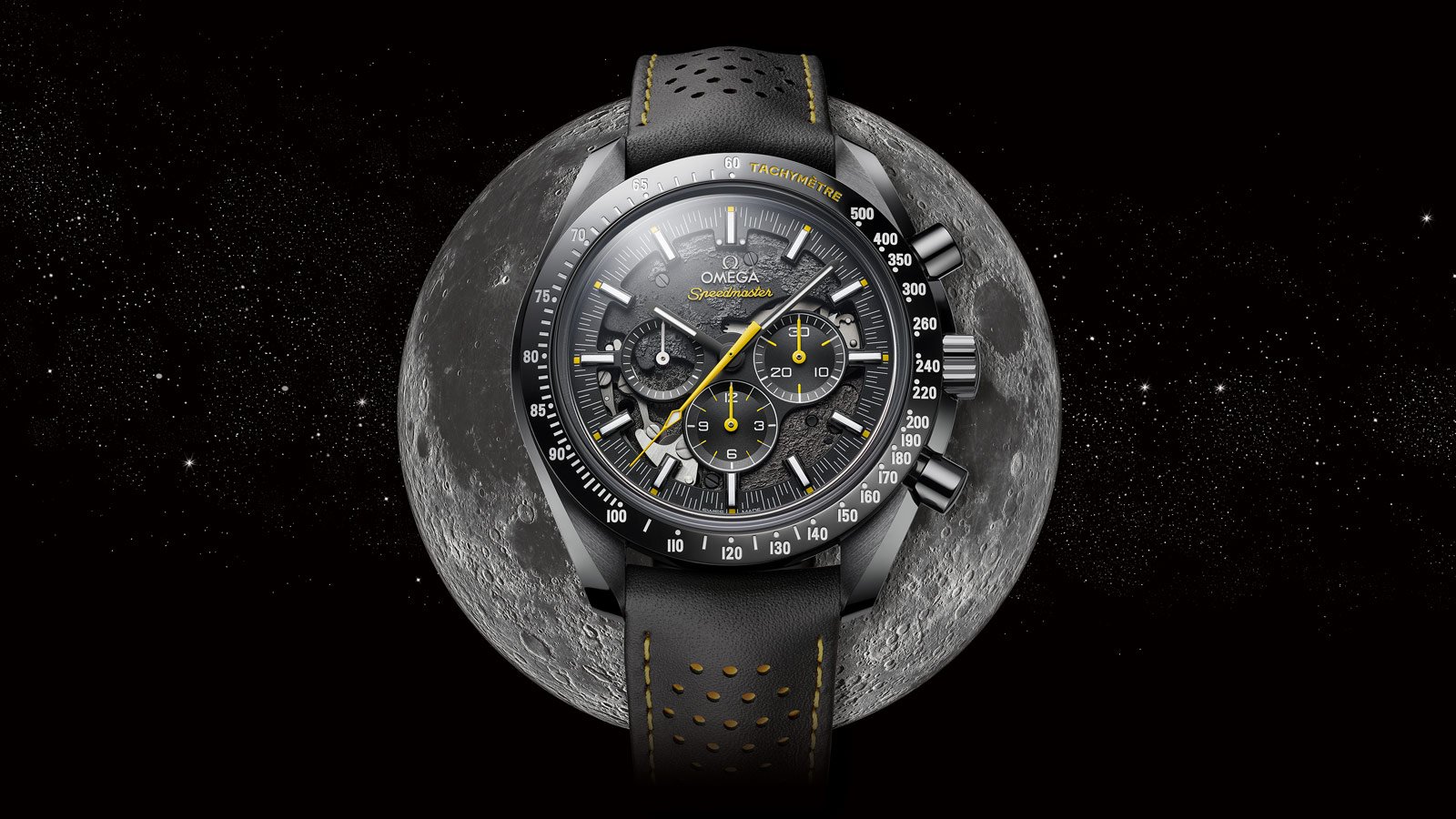 Omega Dark Side of the Moon

As Omega enthusiasts are well aware the brand had played a critical role in space missions including Apollo 8 since 1965 when NASA officially designated the Speedmaster as “flight-qualified by NASA for all manned space missions” after rigorous testing and placed an initial order of 15-20 watches. Now Omega is celebrating the semi-centennial with a limited edition timepiece, the Speedmaster Dark Side of the Moon Apollo 8. Priced at $9,750 apiece, it’s an evolution of the first black ceramic Dark Side of the Moon Speedmaster that Omega launched in 2013, which has become popular with collectors if not as beloved of Moon Watch purists. Another notable model is the Grey Side of the Moon, which was launched in 2016 with a meteorite dial. 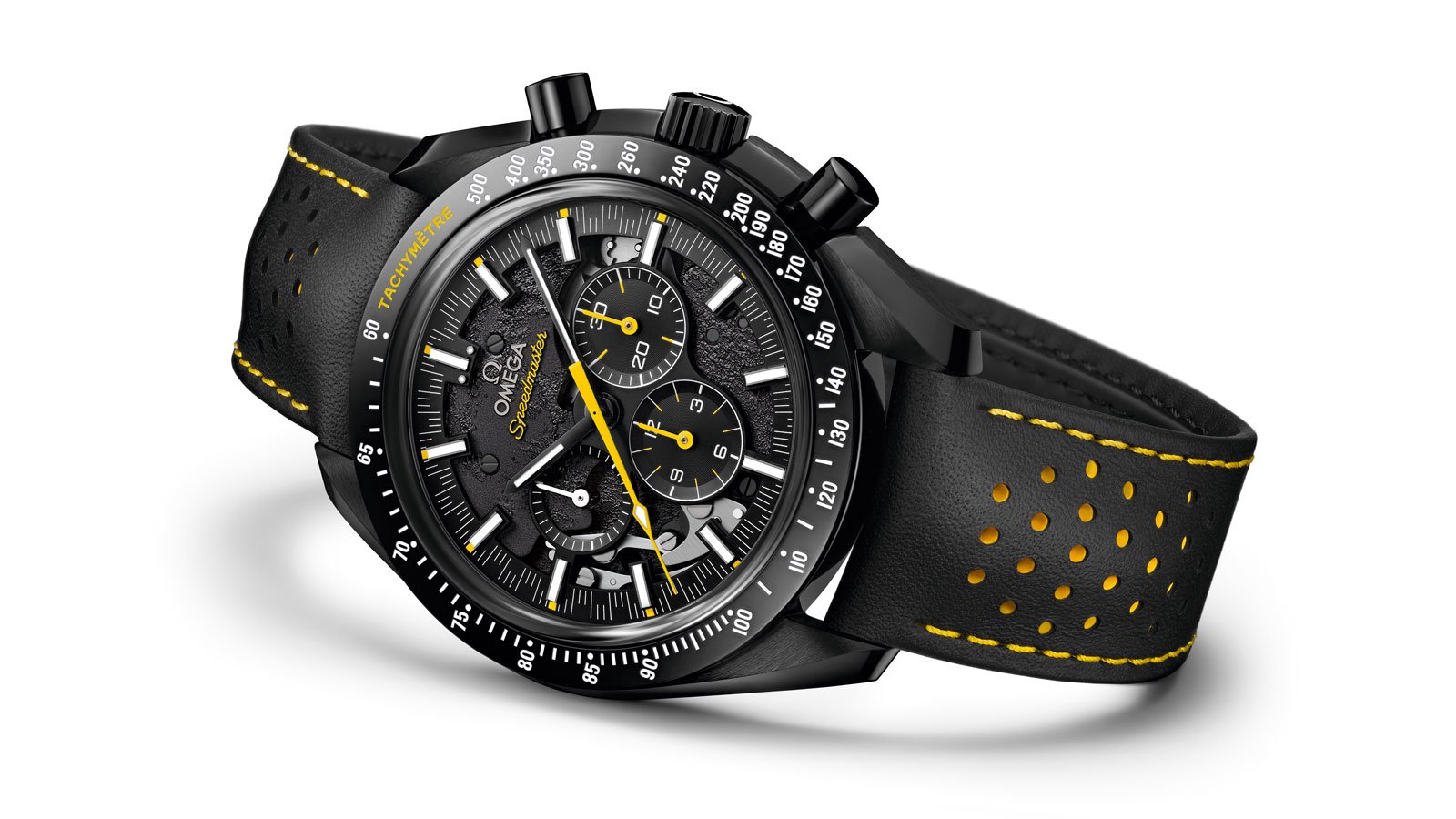 We expect this timepiece to be a watch to sell out. (Credit: Omega)

The chief characteristic of the Speedmaster Dark Side of the Moon Apollo 8 is its skeleton dial, which is sure to create some differences of opinion among enthusiasts. Omega first released a skeletonized version of the Speedy in 1992, but this time the movement has been darkened giving it a more menacing appearance. It was also “laser-ablated to precisely decorate the bridges and main plate with realistic imagery of the lunar surface,” Omega notes. The dial-side is a light shade to represent the view of the moon’s surface from Earth, while the back of the watch shows the dark side that is only visible from space. This modified version of the brand’s Calibre 1861 is called the 1869 as a tribute to the first moon landing in 1969. 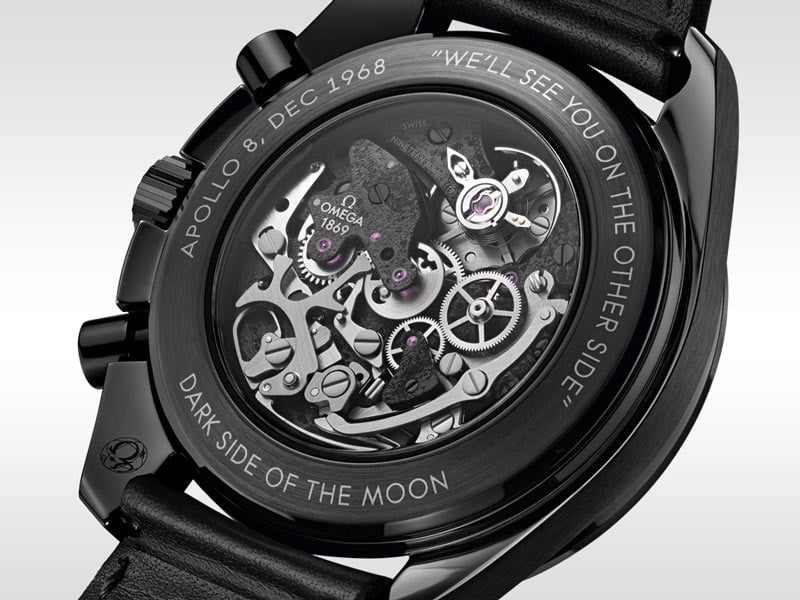 The entire watch is produced in black zirconium oxide ceramic, with contrasting yellow varnished chronograph hands and a tachymeter scale and crown filled with Super-LumiNova. The black perforated leather strap also contains a section of yellow rubber through its middle continuing the black and yellow highlight scheme. The casebook is engraved with the words “WE’LL SEE YOU ON THE OTHER SIDE”, spoken by Command Module Pilot Jim Lovell on board during Apollo 8 as the spacecraft was about to lose radio contact with ground control as they began to orbit the dark side of the Moon.